by Factionary 1 month ago4 days ago
4.8Kviews

No one has ever imagined that a star getting ripped apart by a massive black hole could be captured!

But NASA, coupled with Ohio State University, did something that was not only incredibly rare to capture, but equally challenging and difficult.

As Science Alert puts, what we are finally getting to witness is actually what occurred 375 million years ago. However, the light is only reaching now.

The star that this article shall explore is estimated to be rough of the same size as that of our sun. For more details, read on below.

How Did NASA Make It Happen?

This particular incident is a great example of technological advancements.

As per Ohio radio station WOSU, it was through state-of-the-art satellite and a network of robotic telescopes that NASA turned the unexpected notion into a reality.

The robotic telescopes were also known as the ASAS-SN, which stands for All-Sky Automated Survey for Supernovae.

The supermassive black hole captured in the video is estimated to weigh approximately 6 million times the mass of the sun.

In addition to this, it is located in the Volans constellation. This stands about 375 million light-years away from the planet Earth.

The Tidal Disruption Event Or TDE

The event in question was referred to as a TDE, or tidal disruption event. Such an event is not only rare but also requires certain conditions to occur.

The fact that such an incident is so rare makes it increasingly difficult to capture it.

The star will be sucked in without a single trace if it is found anywhere near the black hole.

However, if the star is wandering too far away, it would simply move back roughly in the opposite direction of the black hole upon impact.

Eventually, it will bounce back into space.

The gravity of the black hole sucks in the star only when it is at a perfect distance.

Subsequently, it rips it apart, and the resulting starry material is shot back into space while the rest remains entrapped inside the black hole.

A professor of astronomy at Ohio State, Chris Kochanek, talked about it and said that it is harder than standing at the top of a skyscraper and throwing a marble from the top, trying so that it makes its way down a hole inside of a manhole cover.

However, thanks to NASA’s advanced technology, scientists were able to accomplish it. Apparently, the credit rests with the NASA’s TESS satellite. 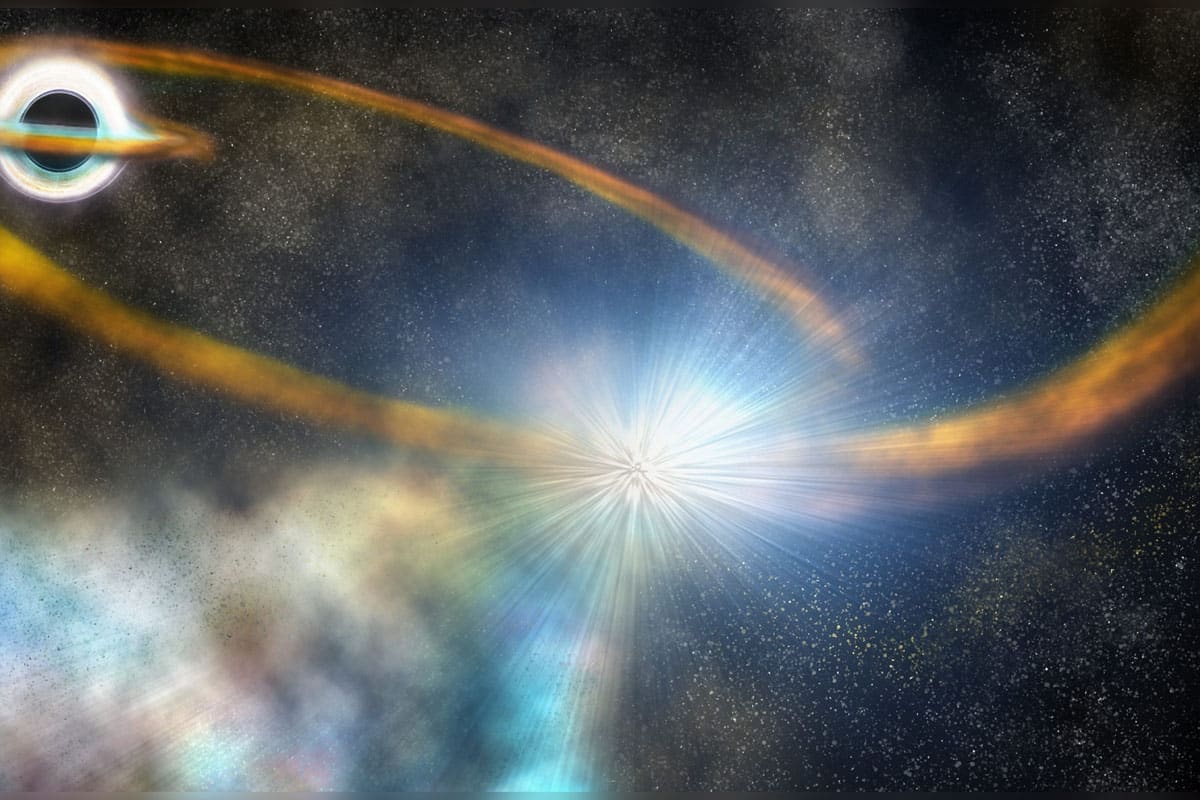 They launched it back in July 2018 and had managed to detect the early signs of a possible tidal disruption event (TDE).

This tidal disruption event has officially been dubbed as ASASSN-19bt.

The entire research team witness it unfolds for 42 days. It was 37 days later that it peaked in brightness.

According to an astronomer at the Carnegie Institute for Science, namely Thomas Holoien, only a few TDEs have managed to achieve peak brightness.

And, this particular TDE was one of them.

He also explained that thanks to the TDE being in TESS’ viewing zone, they were able to capture images of it every 30 minutes across months.

He went to on to show his excitement, saying that it’s the first time such a thing was possible for one of an event of such astronomical significance.

The satellite that made it possible has a massive surveying area capacity that covers a space 400 times larger than that observed by the famous Kepler telescope.

It comes with four wide-field cameras with an ability to scan different sectors of the sky for continued days at a time.

This latest TDE has given data that is of great value, considering that such an amount of data has never been previously recorded, that too, in great detail.

The data is so fruitful that the team is hoping it will allow them to possibly pick up traces and track another TDE event, should any occur in the coming future.

For example, the scientists were able to collect and record a small moment of cooling temperatures.

Moreover, they were also able to record it slowly slipping away in the galaxy’s vicinity before the temperature entirely leveled off.

Following this, the luminosity continued to heighten and reach its peak.

This particular blip is deemed as something unusual as compared to other tidal disruption events.

According to Patrick Vallely, a co-writer of the study, the world of science once believed that all of the TDEs look the same in all aspects. 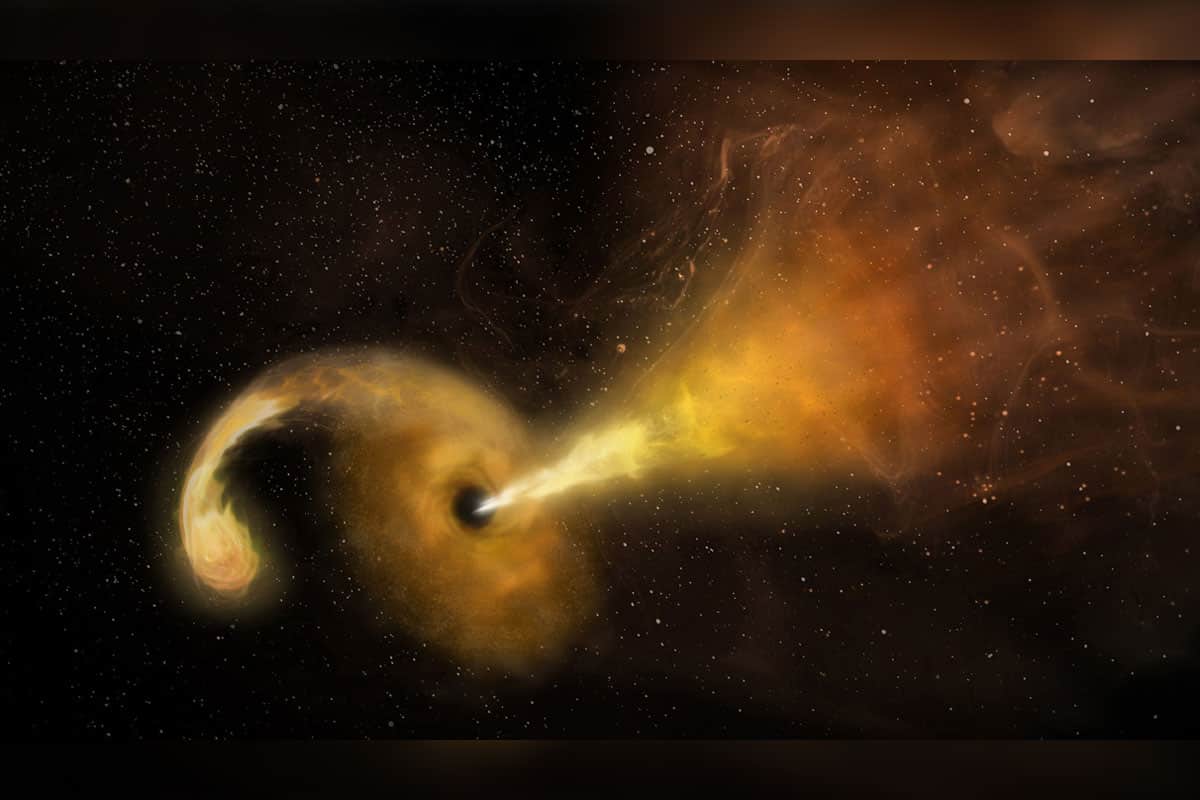 However, it was after this particular TDE that the perspective changed.

It turned out that astronomers just needed to expand their abilities to be able to deduce and make detailed observations.

He believed that there was so much left to study and learn about TDEs and how they work.

This is why capturing a TDE at an early stage was even more crucial.

It is only because of NASA’s efforts that we can watch a computer-generated video of an incredible, while at the same time, terrifying event in history as it unfolds.