Emerging from a humble beginning in Canada, Pamela Anderson became the iconic blonde bombshell that nobody else could beat in the 90s.

If you ask us to name one person who showed the true face of living life to the fullest, we would only be able to take Pamela Anderson’s name.

She threw caution and propriety to the winds and dated bad-boy rock stars Kid Rock, Bret Michaels, and Tommy Lee.

She also starred in Baywatch, the most popular television series of all time. Her other work includes Home Improvement as well as featuring in endless magazine covers. But she truly wins our heart with her animal rights campaign for PETA.

Canada allowed her the chance to feature at a football game on the Jumbotron. She wore a Labatt Tee, which captured the right attention. She went on to become a spokesmodel from there on for the brewing company.

One thing led to another, and she soon received a call from Hugh Hefner, landing her on Playboy’s cover.

She moved to Los Angeles soon after, beginning her long journey in Hollywood and magazines.

Let’s take a look at Anderson’s transformation over the long years. 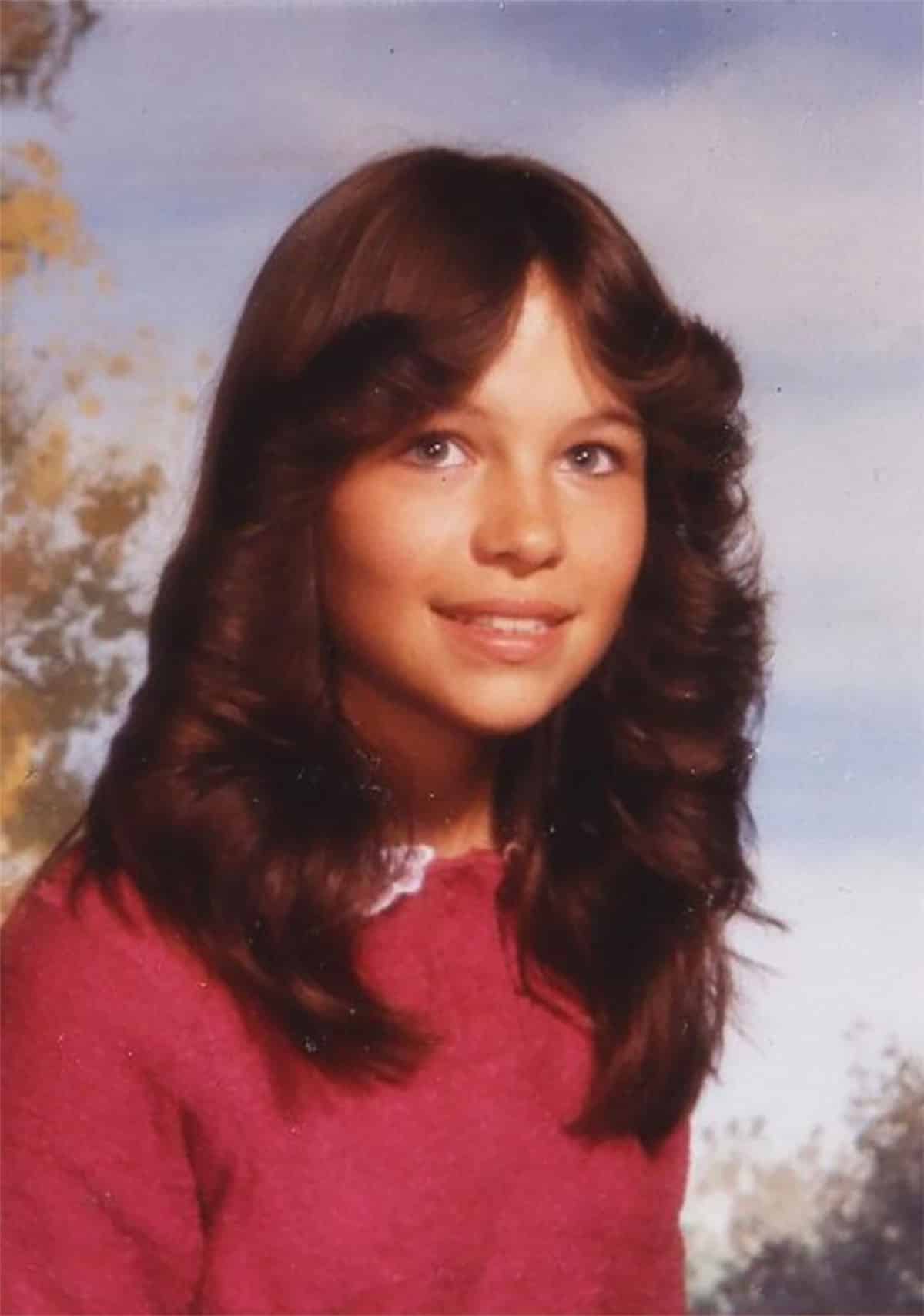 This is Pamela’s angelic face at the tender age of 14. It was not long after when Hollywood embraced her with open arms.

Despite the serene look on her face, Pamela encountered a lot of hardships in her teen years in British Columbia. 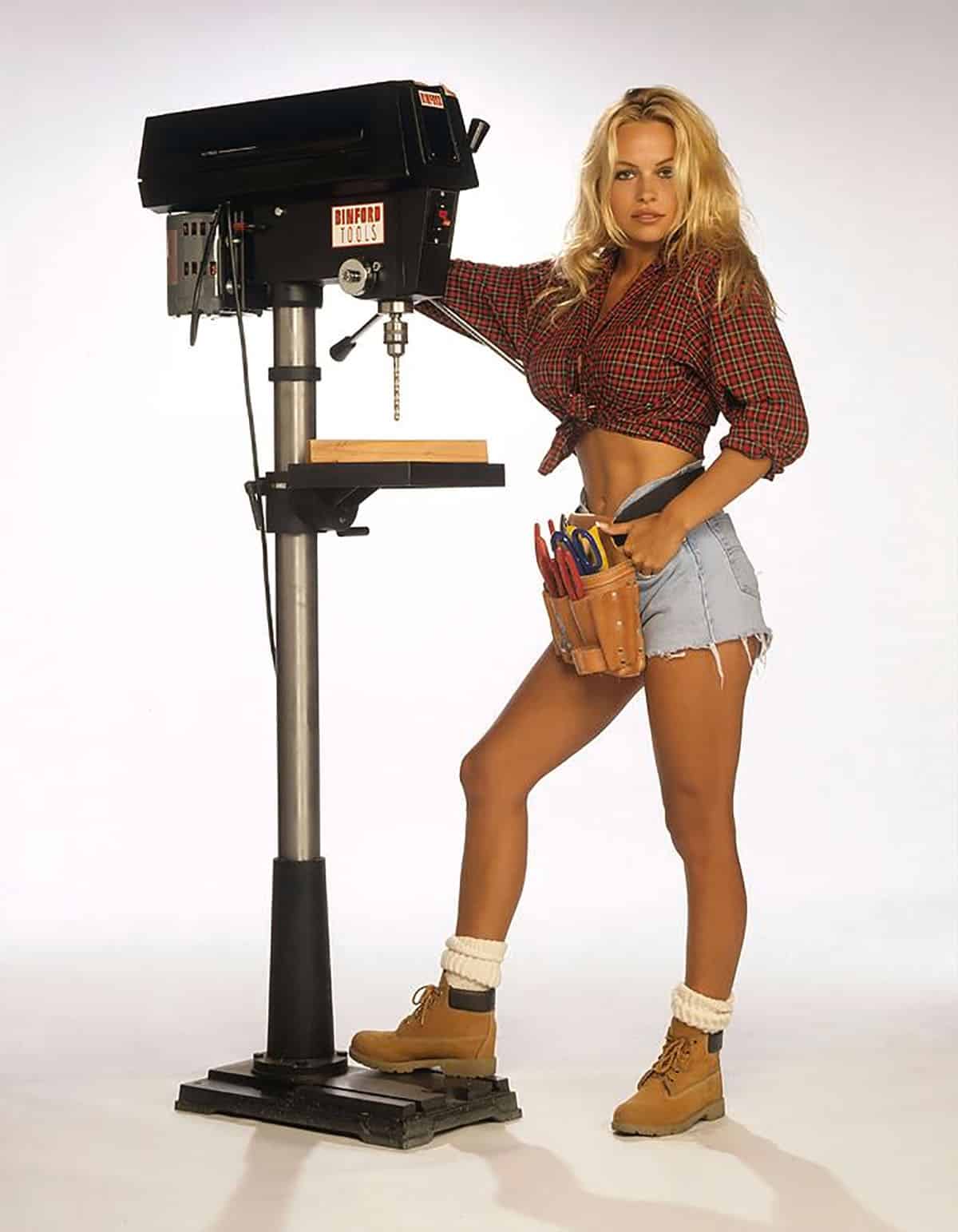 Pamela gained a strong footing in Hollywood as Lisa on Home Improvement. The steady gig lasted for two years, after which she reached greater heights with C.J Parker in Baywatch. 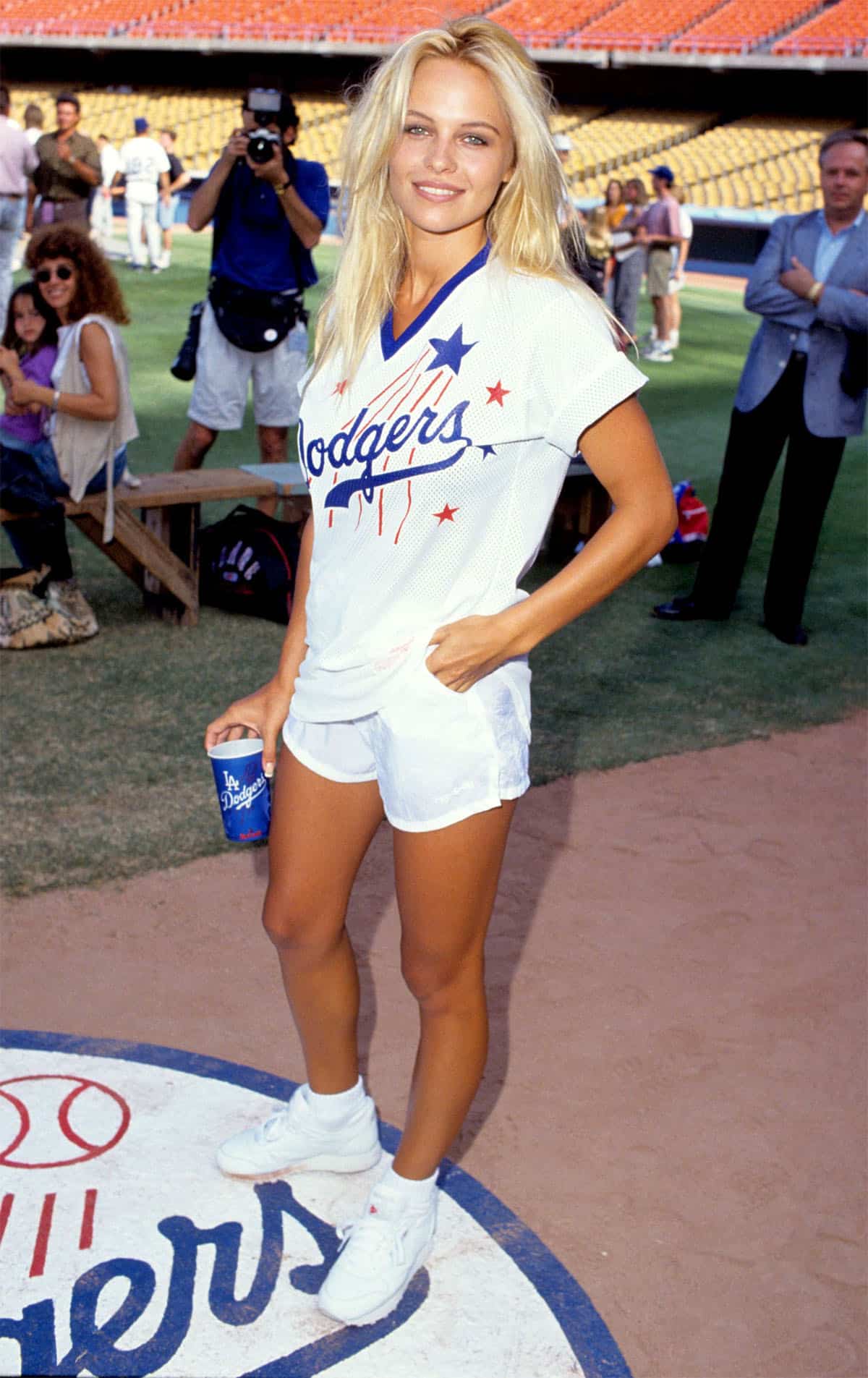 Pamela Anderson looks utterly fetching and so American in a Dodgers uniform. She rocked in her Reebok kicks at the baseball charity game of Hollywood All-stars in 1992. 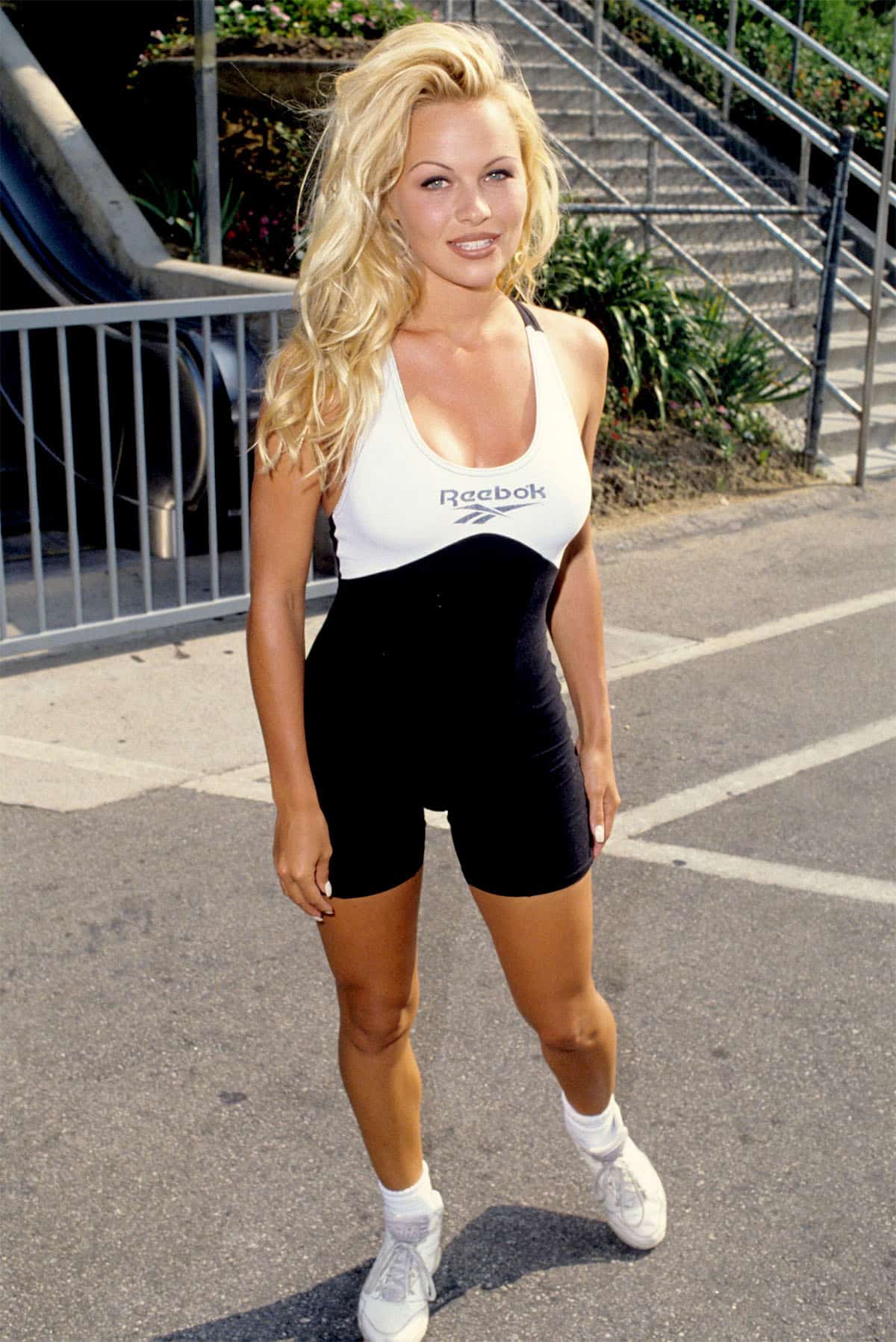 Before her Hollywood career, Pamela aspired to be a bodybuilder for which she was undergoing training.

We can see that training so evidently in formfitting jumpsuit of Reebok here. She sported this look at the same baseball charity game later in 1993. 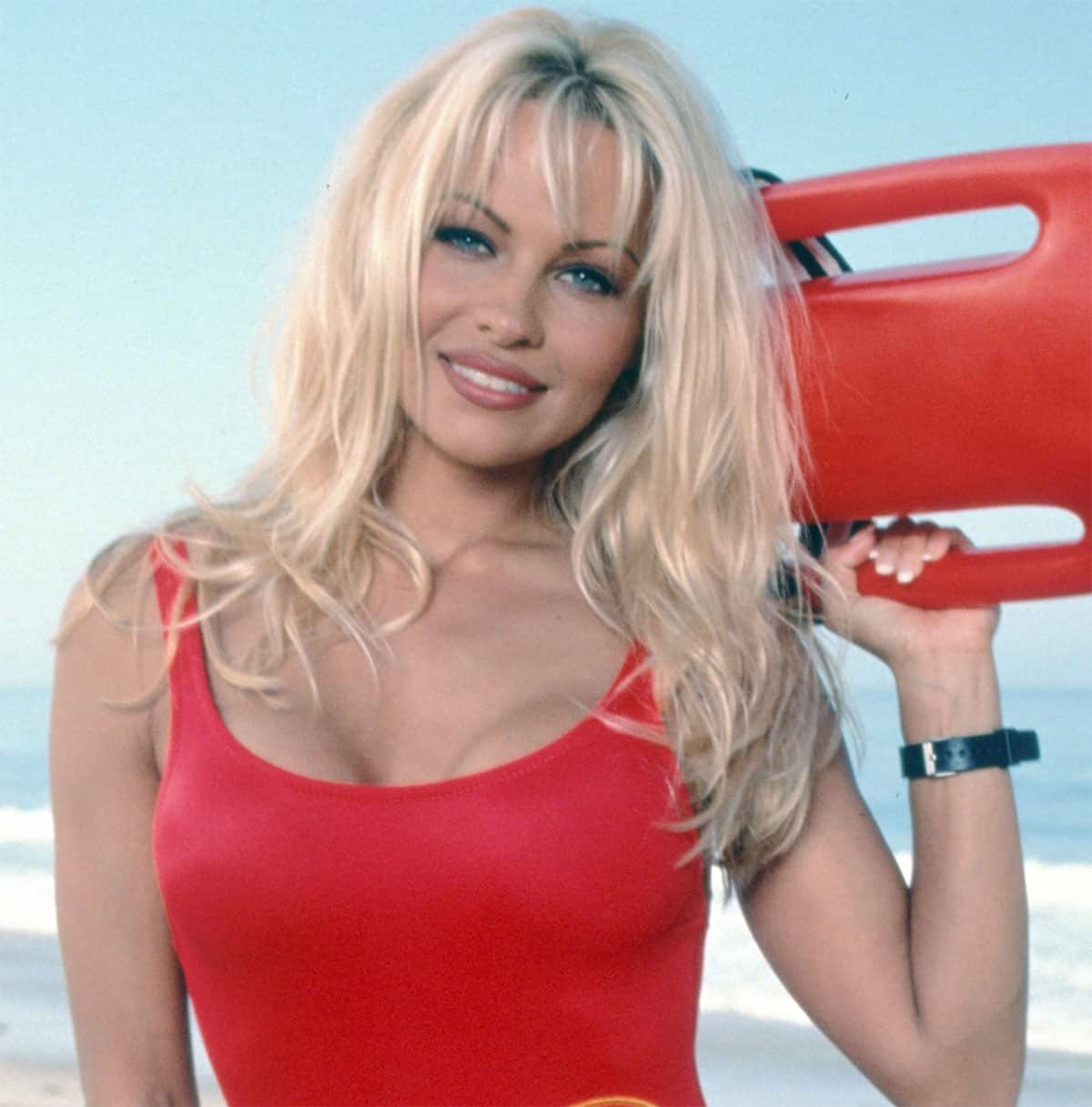 She bewitched and sizzled in Baywatch, with all that glorious sun-kissed skin and the to-die-for platinum blonde locks.

She played CJ Parker for five years and even appeared in a cameo for the movie remake in 2017. 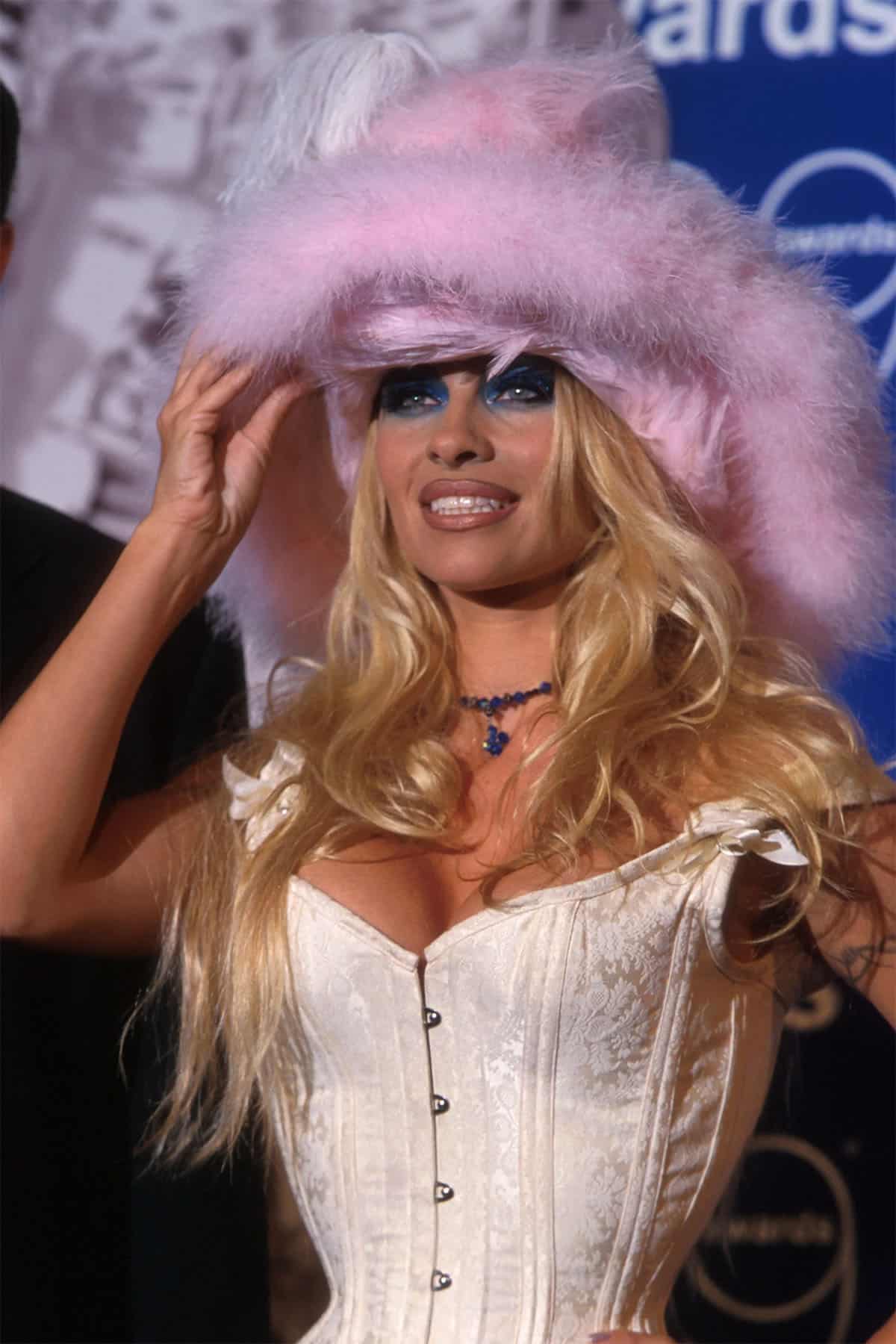 Anderson could be from sweet to sultry as smoothly as water gliding. She sported an eclectic and s*xy look for Movie Awards of MTV in 1999. 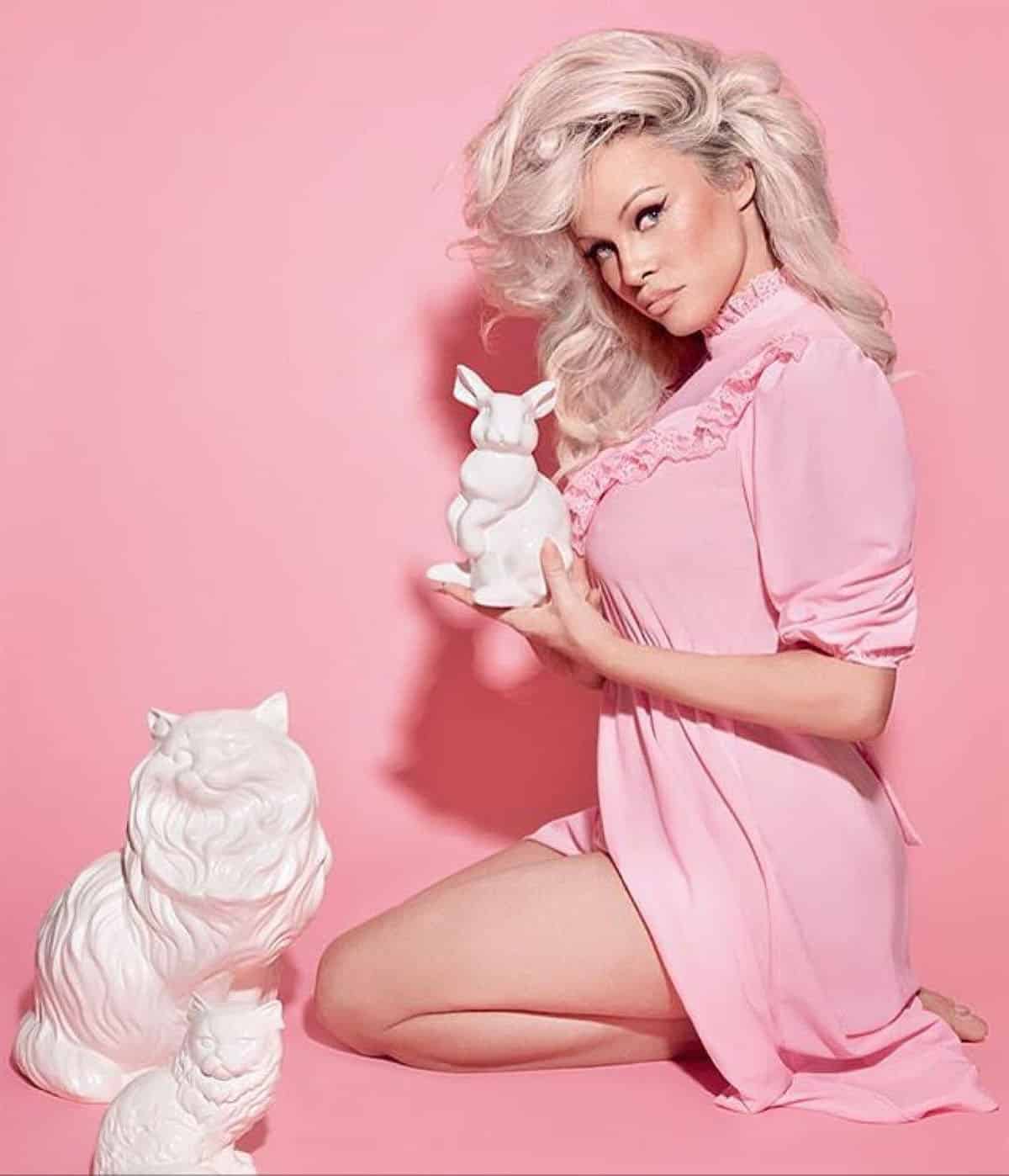 We all know what lies behind that alluring and wild exterior. She is a compassionate woman with an extra soft corner for animals. She became a spokesperson and an animal activist for PETA.

Even today, she works to bring about bans of importing endangered species. 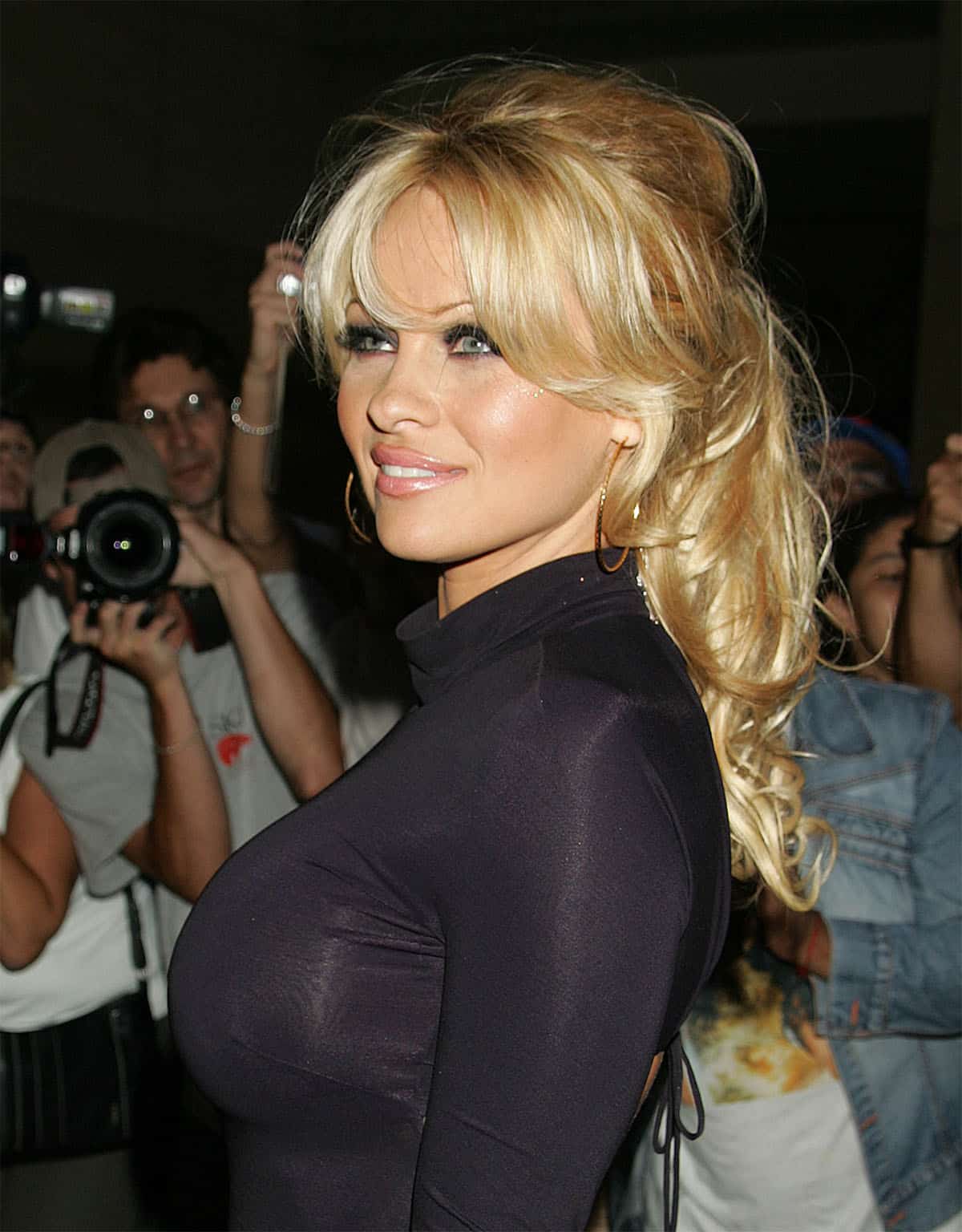 Pamela flaunted channels, Brigitte Bardot, as a presenter of World Music Awards in 2005. 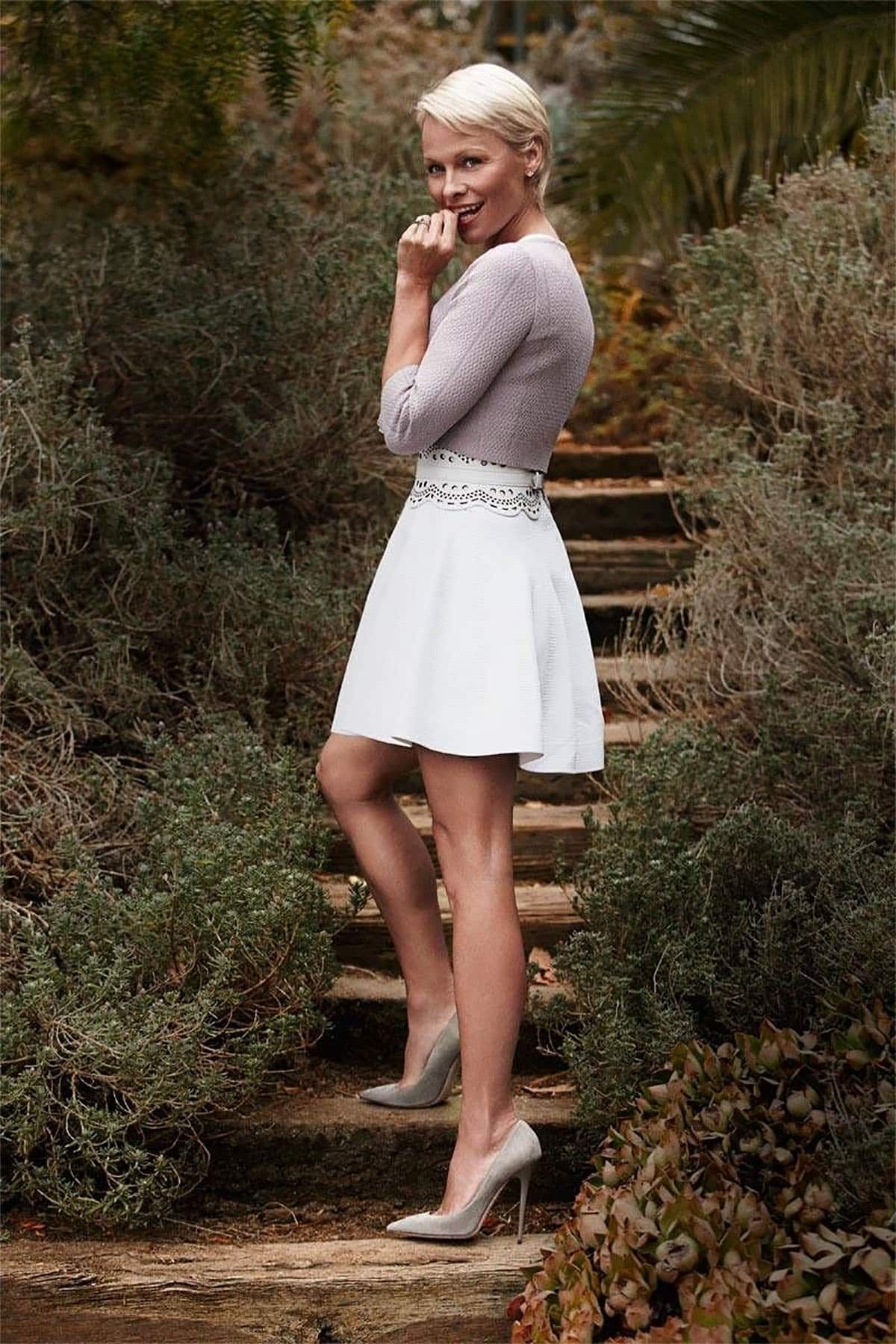 In 2014, Pamela underwent a radical transformation from her previous self. She chopped of her long platinum locks and went for a pixie cut. 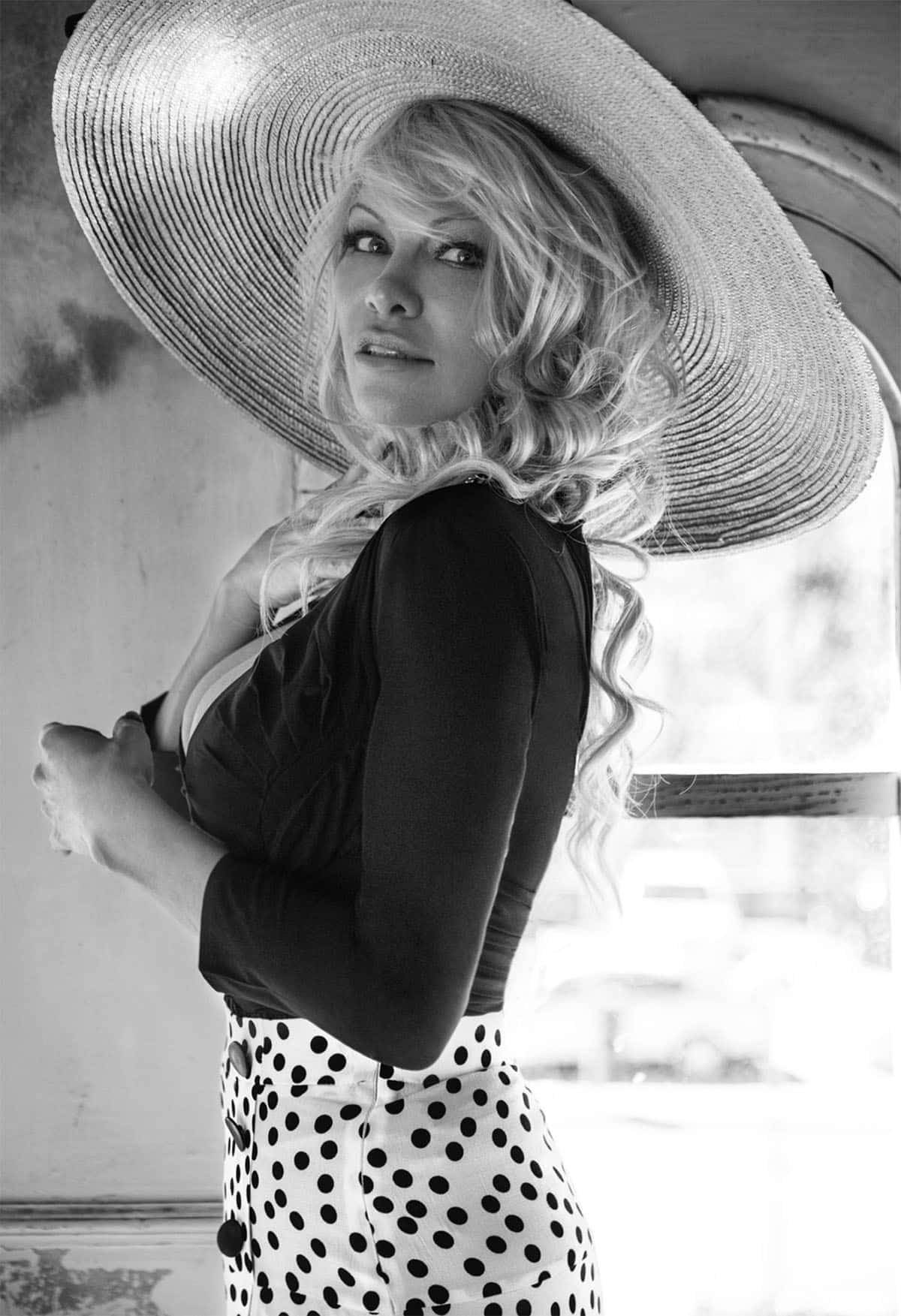 At the age of 51, Pamela still rules the beauty department. She’s still got all of what we envy and drool over.