As the police investigated the house of Ed Gein, they found a multitude of things that would surely shock the entire nation.

From human skulls turned into bowls to chairs made out of human skin to jars filled with organs, there was so much gore that went on inside that house. But who is this Ed Gein, and why don’t people talk about him that much?

When it comes to recognition, this man deserves far less than what Ted Bundy did. However, this doesn’t mean that his crimes were any less heinous. 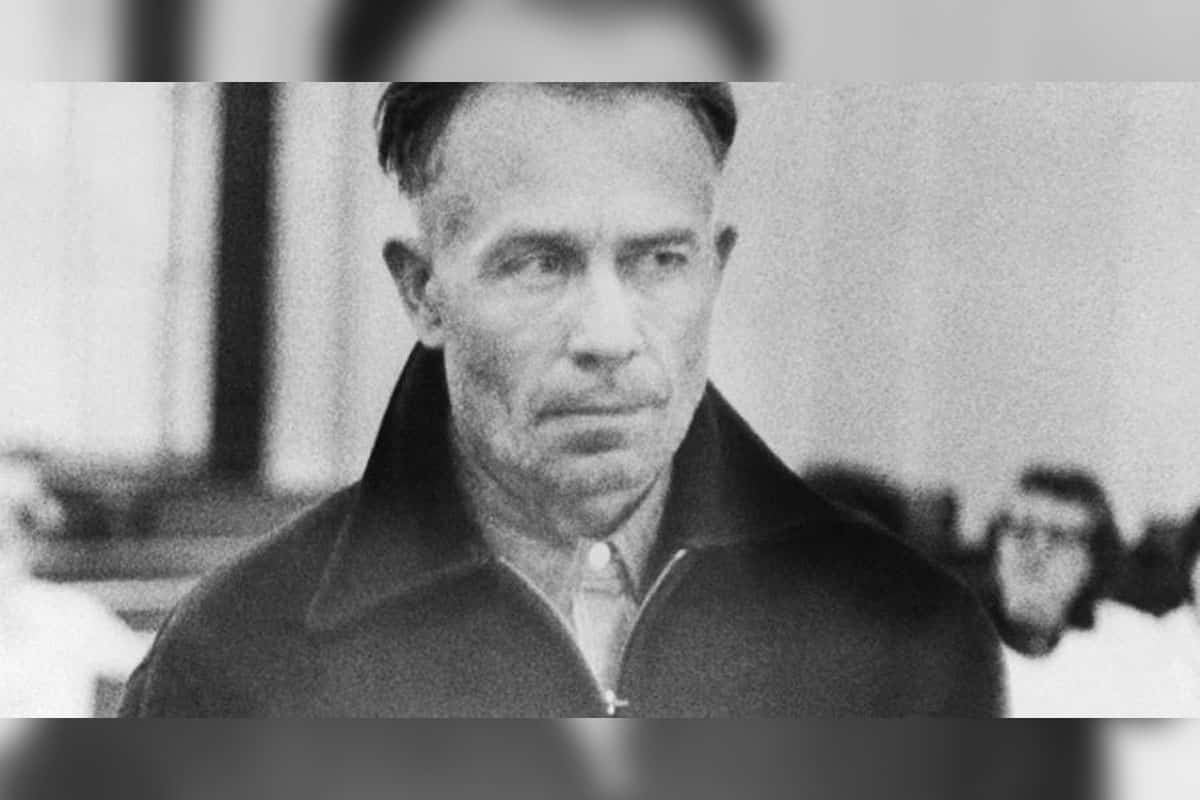 They were, instead, some of the most disturbing things that anyone has ever seen or heard of.

As with most murderers, the initial thinking takes place from within their homes as a result of their childhood experiences.

With Ed Gein, he was exposed to an imbalance in his household. While his mom, Augusta, was an extremely religious woman, his father, on the other hand, was an alcoholic that equally traumatized the children. 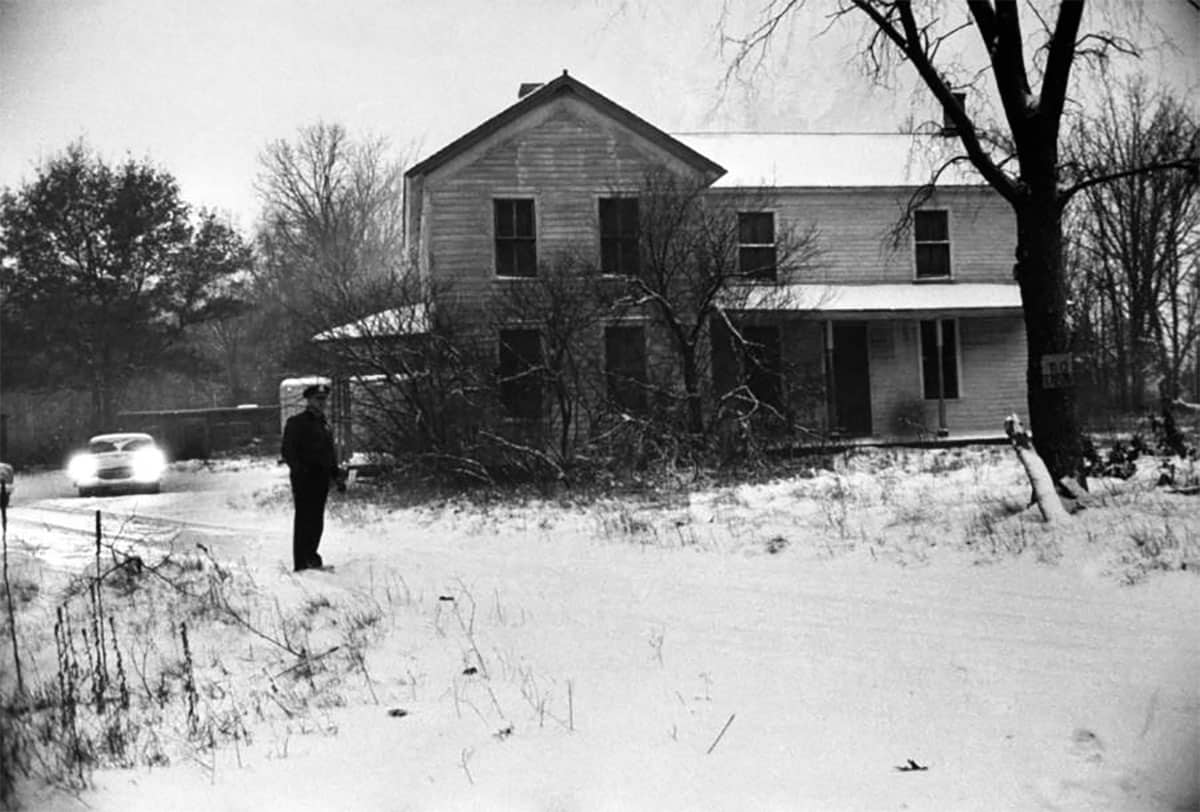 Ed also had an elder brother, Henry, and the two would spend a lot of their time together tending to whatever their mother asked of them.

While he did have the support of his brother, but the continuous mocking of Augusta left both children’s damages in some sort of way.

On the one hand, their mother would preach all there is about lust, desires, and how to control them. While, on the other hand, their father would go about losing his control with his alcohol.

Therefore, throughout the time Ed’s parents were alive, he was much more reclusive about his desires. It was when his mother passed away, did he tip and falls into the heinous acts that he conducted over the years.

Life With His Mother

Once their father passed away, the two boys were left to take care of the financial burden. They did various jobs just to make sure that there was some income in the home.

Apart from this, there was the constant scrutiny faced by them because of Augusta.  Things further aggravated when Henry passed away suddenly.

Now, the clarification of how this happened isn’t available. But given the murderous brain of Ed, many conclude that perhaps he had something to do with this.

There aren’t any supporting pieces of evidence though. With Henry also gone, all the attention of Augusta diverted to Ed.

This wasn’t the kind of attention that was enjoyed as it mostly was about how he was forced to stay part of a highly toxic environment created by his mother.

And with this, Augusta also died in 1945, leaving Ed Gein alone to start of his murder spree.

The Start Of The Murders

Once his mother passed away, Ed focused on making sure that her room was cleaned every day without any neglect. 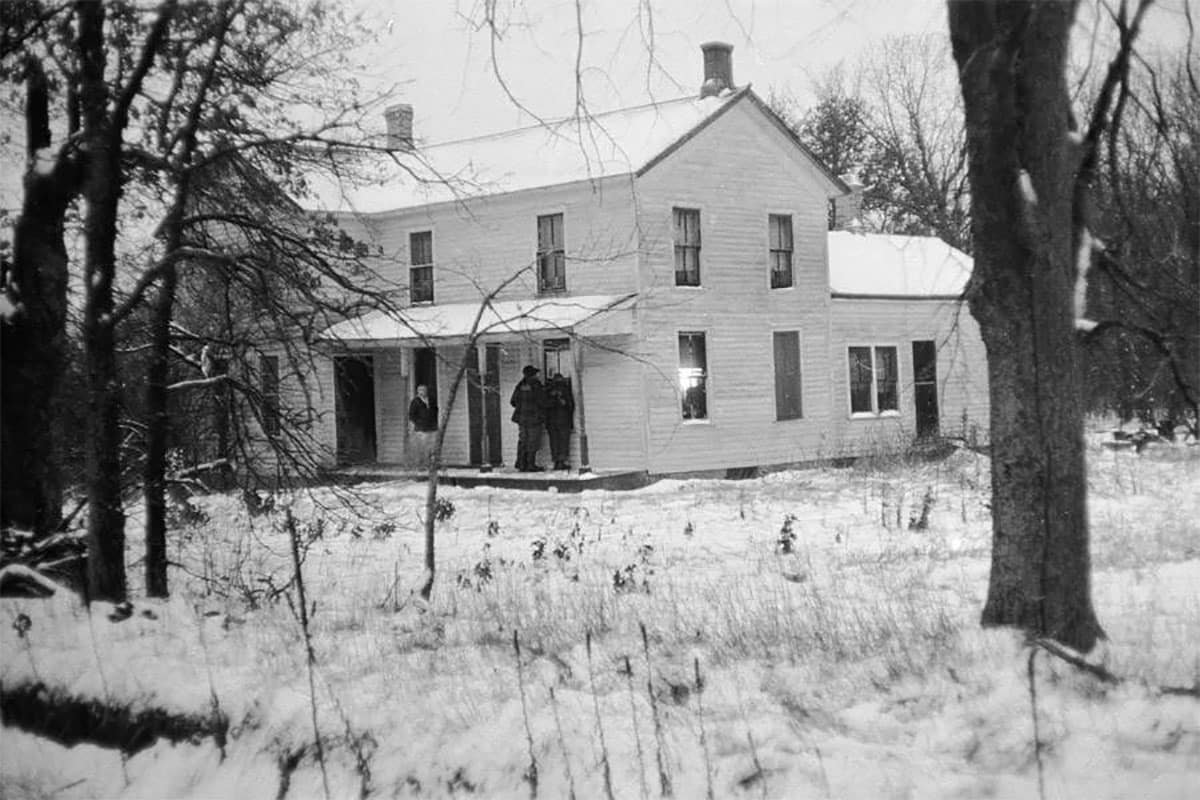 However, the rest of the house was overlooked as there were trash and all kinds of junk everywhere around.

Throughout this time, he would invest his time in learning all there is possible about human anatomy.

This is what he did to kill his desire or perhaps understand more about how to go about his internal needs of all the heinous acts that he would commit. 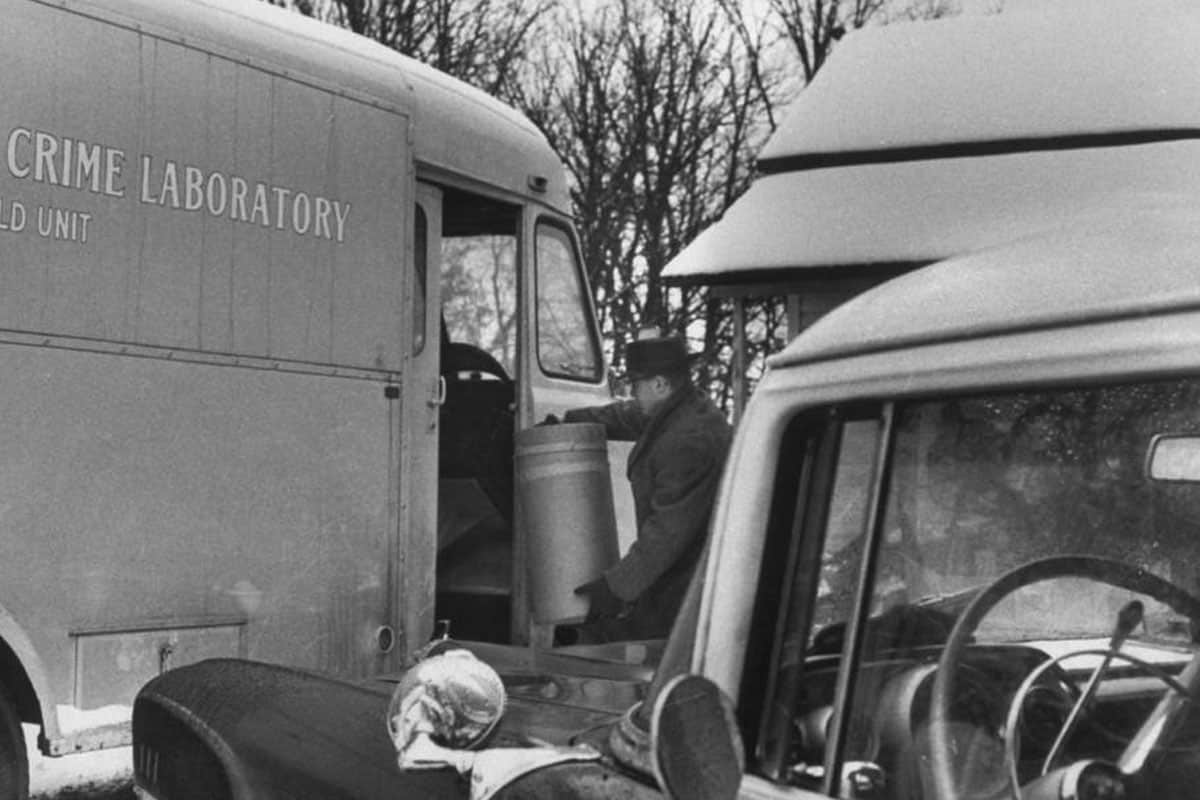 As Ed worked on studying human anatomy, simultaneously, there was a range of people that went missing.

These people would disappear without any clear evidence and would leave no trail behind.

Out of these missing people, one was a Mary Hogan that owned the Pine Grove tavern. How is this relevant? Well, it was one of the most frequently visited places by Ed Gein.

Another missing person report came in. A woman named Bernice Worden went missing in 1957 from the Plainfield hardware store where she worked.

This time, there were traced of blood found on the scene along with a missing cash register.

Since the son of the missing woman was a deputy sheriff, his initial instincts went to Ed Gein for having something to do with this.

Soon, Ed Gein was arrested at a neighbor’s home, while the police went into search inside what was inside the home.

The Inside Of Ed Gein’s Home

The cases finally came to a close as soon as they entered Ed Gein’s home. There undeniable and gruesome evidence found in his home was perhaps something no one expected to find.

When it came to the corpse of Worden, it had been decapitated, gutted, and then hung from the ceiling.

Other than this, many other items were found such as skulls of humans that were used as bowls by Ed.

He further went on to admit that he also murdered the initial missing person Mary Hogan, three years before this. Another shocking discovery was made here. Ed Gein would rob graves and get the corpses back to experiment on them.

He would dismember the corpse, perform necrophilia, create skin suits out of them, and much more. 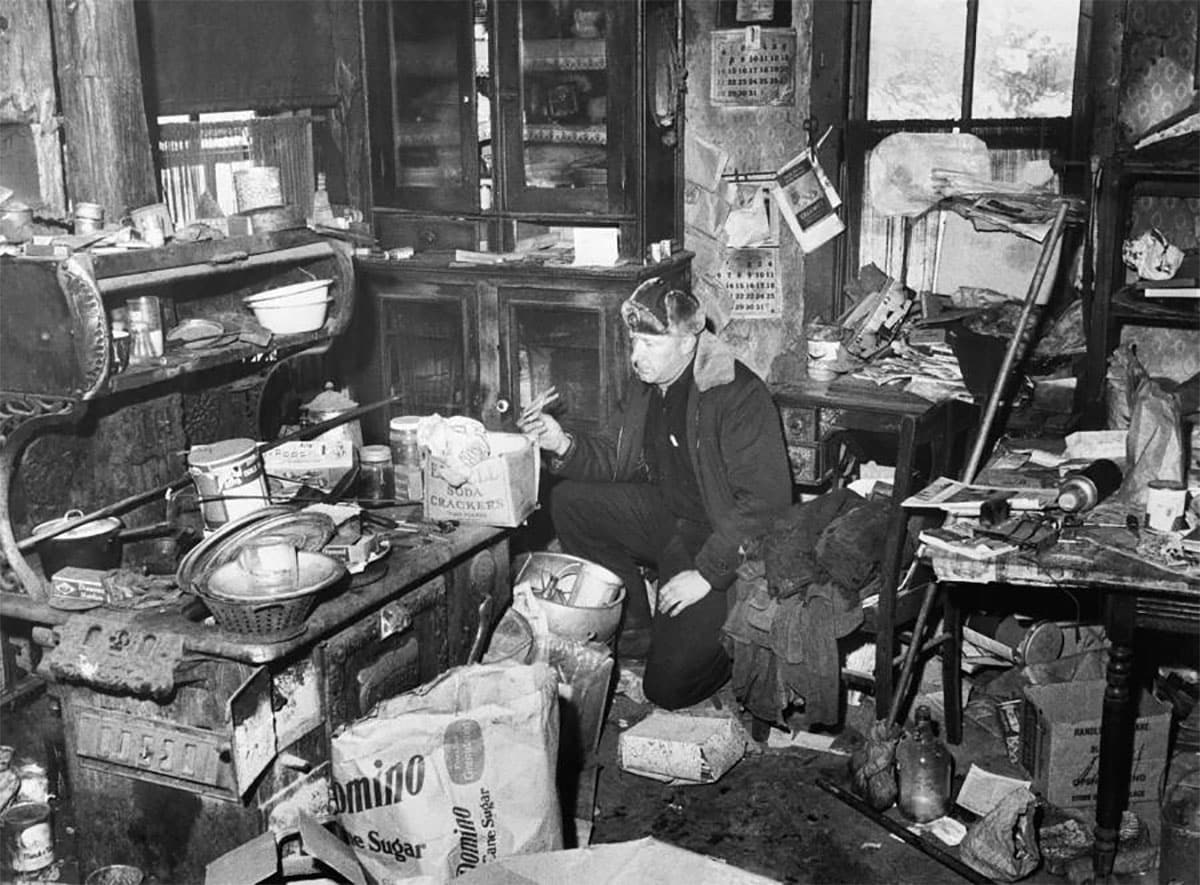 The End Of Ed Gein

Now, when Ed Gein’s grotesque truth came into the knowledge of the police, they tried to pin more unsolved cases on him. However, he denied having anything to do with them.

Initially, his lawyer pleaded not guilty and was deemed as insane. This is why the trial didn’t take place and Ed Gein was sent to the Central State Hospital. After 10 years, he was tried for his cases after being deemed fit for trial. 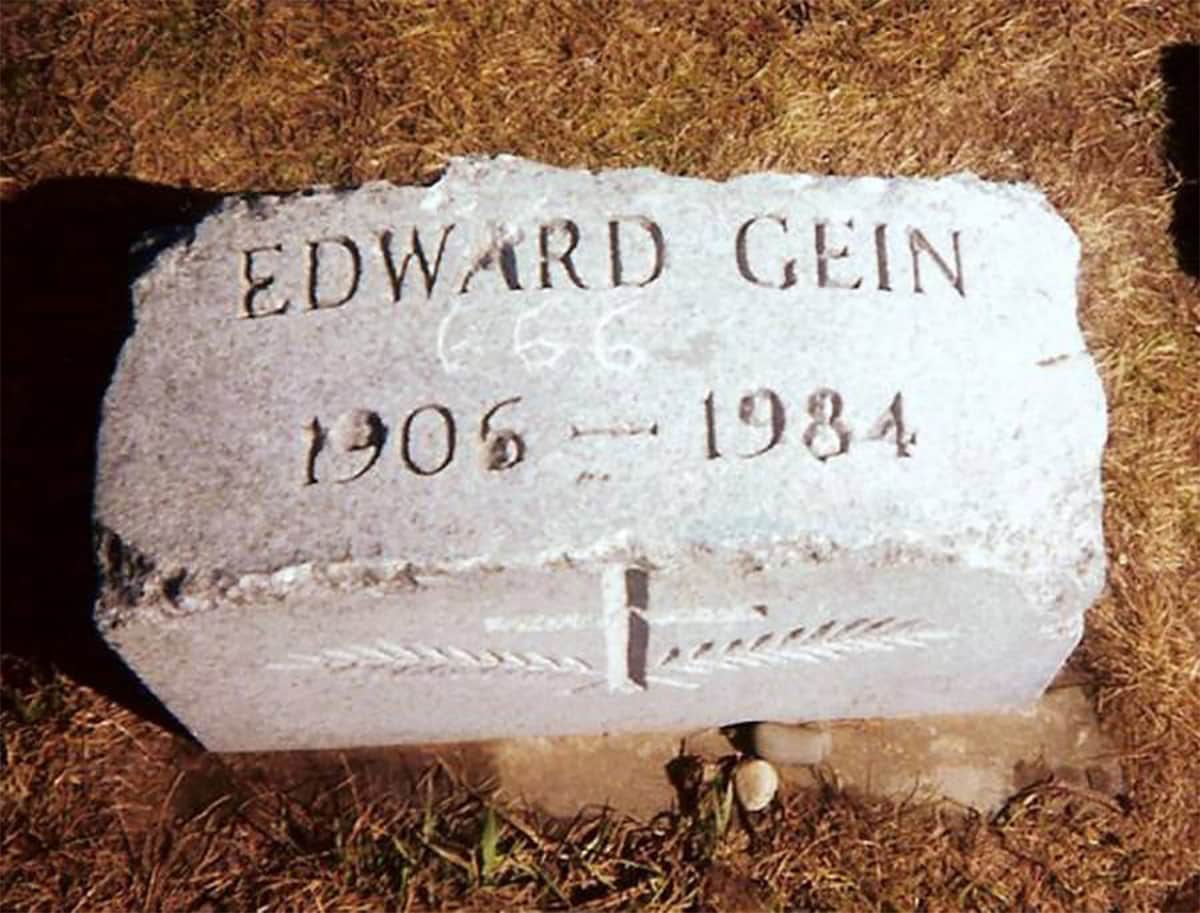 He was convicted of the heinous acts, however, was committed to the hospital again.

His attempts for release were rejected as he proved to be highly dangerous to people on the outside.

And, he was transferred to the Mendota Mental Health Institute only when his health started deteriorating.

He died of respiratory illness and cancer in 1984. His deranged and manic life gave inspiration to many famous movies such as Psycho.