Poaching has been running rampant for decades. However, there has been a significant increase in this activity during the past ten years.

There have been plenty of illegal hunting cases in different countries. Some of these incidents get media attention because of the poacher’s vile acts.

Continue reading this article to learn about arguably the most reprehensible actions committed by a group of poachers.

A group of animal killers made the news recently after killing a white rhinoceros in an African park. While rhino poaching is quite common, this particular was a bit different. 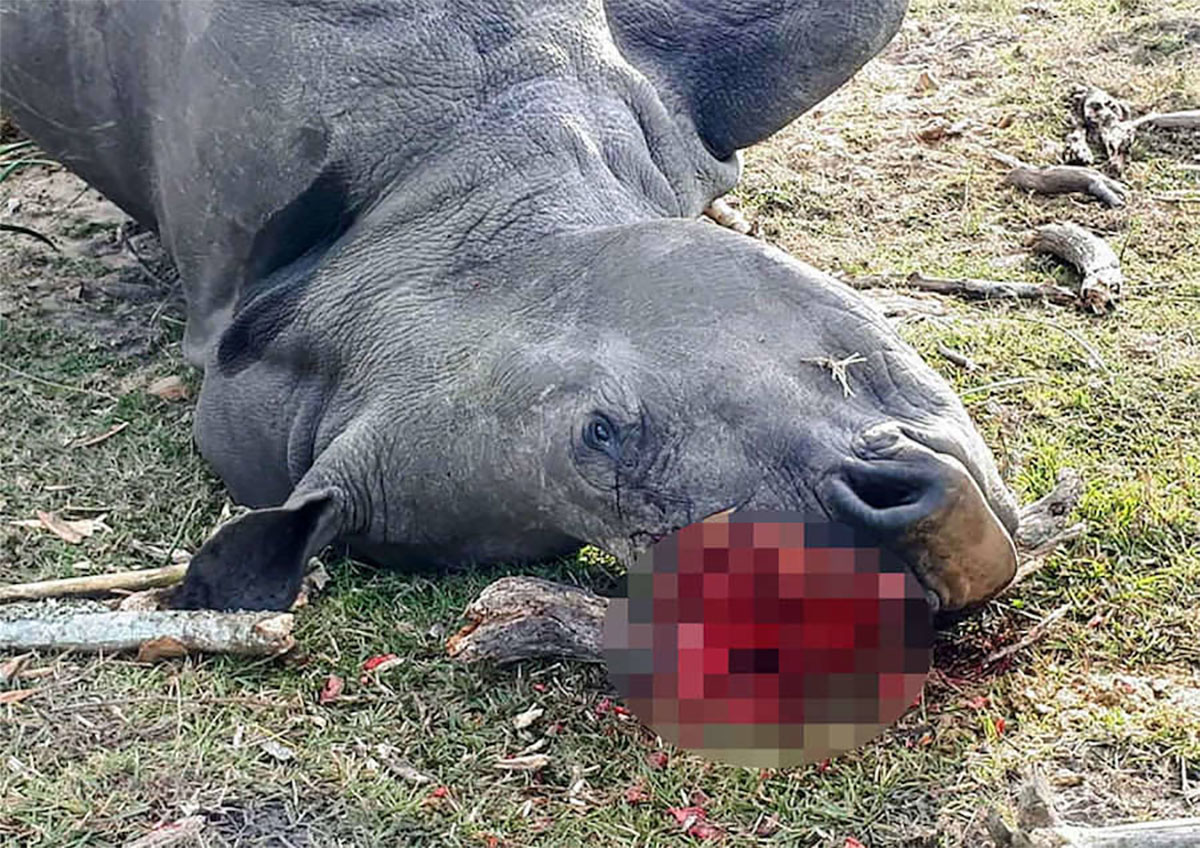 Why? Because the poachers killed this wild beast in front of her one-year-old calf.

How Did The Poachers Enter The Wildlife Park?

Sadly, nobody knows how and when the perpetrators entered the park’s premises. Security personnel suggests that the killers set foot in the area at night, taking advantage of the lack of security.

Most zoos and wildlife parks across the globe open during the day and close in the evening. So, they do not have much protection after shutting down for the night.

Sure, some high-profile zoos have round the clock security, but it is rare.

The Kraga Kamma game park in Africa isn’t as popular as most zoos, so it would be fair to expect that they did not have adequate security measures. The poachers most likely took advantage of it and killed the white rhino.

Why Did They Kill The Rhino?

Bella, the white rhinoceros, was one of the main attractions at the African wildlife park.

As discussed earlier, she had a calf that depended on her for milk. Hundreds of people came to see this wild beast and appreciated its unique and beautiful appearance.

For those who don’t know, white rhinos are a dying breed, and very few of these creatures remain. Illegal hunting is a significant reason why this animal could be heading towards extinction.

The poachers killed this white rhino for its horn. However, zookeepers found this particular killing quite astounding as Bella’s horn was only one centimeter long.

Murdering and animal and going through the trouble of retrieving a horn as small as this one is a challenging but fruitless task.

Why? Because people do not pay top dollar for such parts and would instead buy a full-fledged horn.

Nobody was able to comprehend why the poachers went through immense trouble and risked getting caught for a tiny horn.

One of the guards, who was off-duty when this incident happened, claimed that the poachers were either desperate or inexperienced.

Seasoned animal killers only hunt creatures if their body parts are valuable.

The Kragga Kanna game park dehorned Bella, the white rhinoceros a week before her murder, so zoo staff found this incident particularly confusing. 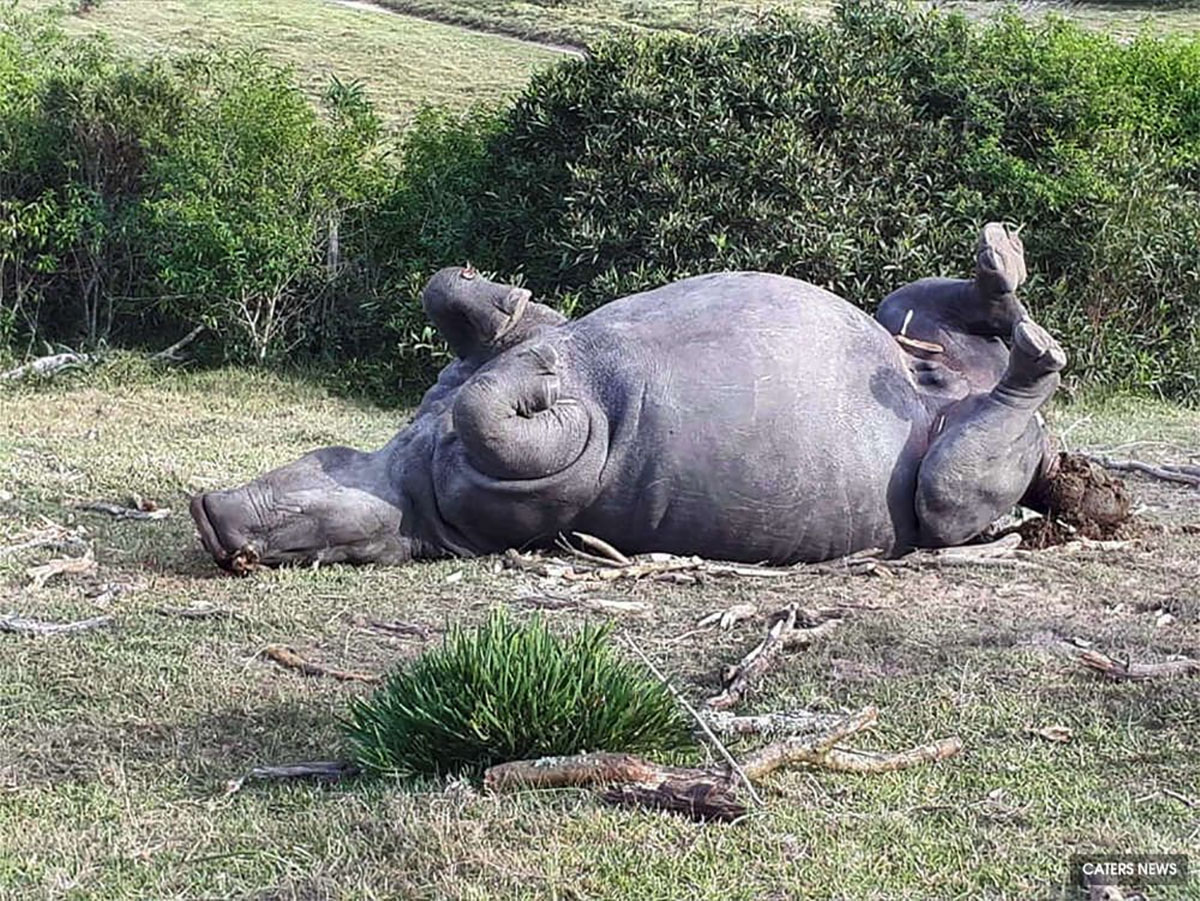 Nevertheless, everybody who cared for Bella was sad about her passing. They were also angry because of the way the poachers killed her.

Graphic images of the white rhino’s carcass became viral on various social media platforms. As you would expect, people were furious and chimed in with their two cents about the incidents.

Some platforms even banned the images because of their brutal nature. Nevertheless, everyone called for stricter security measures in zoos and wildlife parks, as it is the only practical solution to avoid poaching incidents.

Some individuals even created online groups to petition against hunting in different countries. Sadly though, most online appeals fall onto deaf ears.

That said, the petitioners are rapidly increasing and could make their voices heard if they remain persistent.

Since most wildlife parks close by evening, officials refrain from hiring guards for the night.

Why? Because it would shrink the budget. Paying some extra money to safeguard animals is essential to save their lives.

Otherwise, the way poaching is running rampant, it would be fair to say that no creature will be safe from their attacks.

What’s more, an animal’s death leads to a massive budget hit. It would be best if zoo owners took extra steps and paid more cash to safeguard their beasts.

Africa Is A Poaching Hotbed

While illegal hunting is increasing across the world, most poachers hunt animals in various African countries.

Sadly, the governments in this continent do not prioritize animal safety. It is a significant reason why thousands, if not millions of animals die each year.

Surprisingly, almost every country has laws against hunting, but very few of them impose them strictly.

Several poachers come from wealthy backgrounds and pay officials thousands of dollars to let them off the hook. 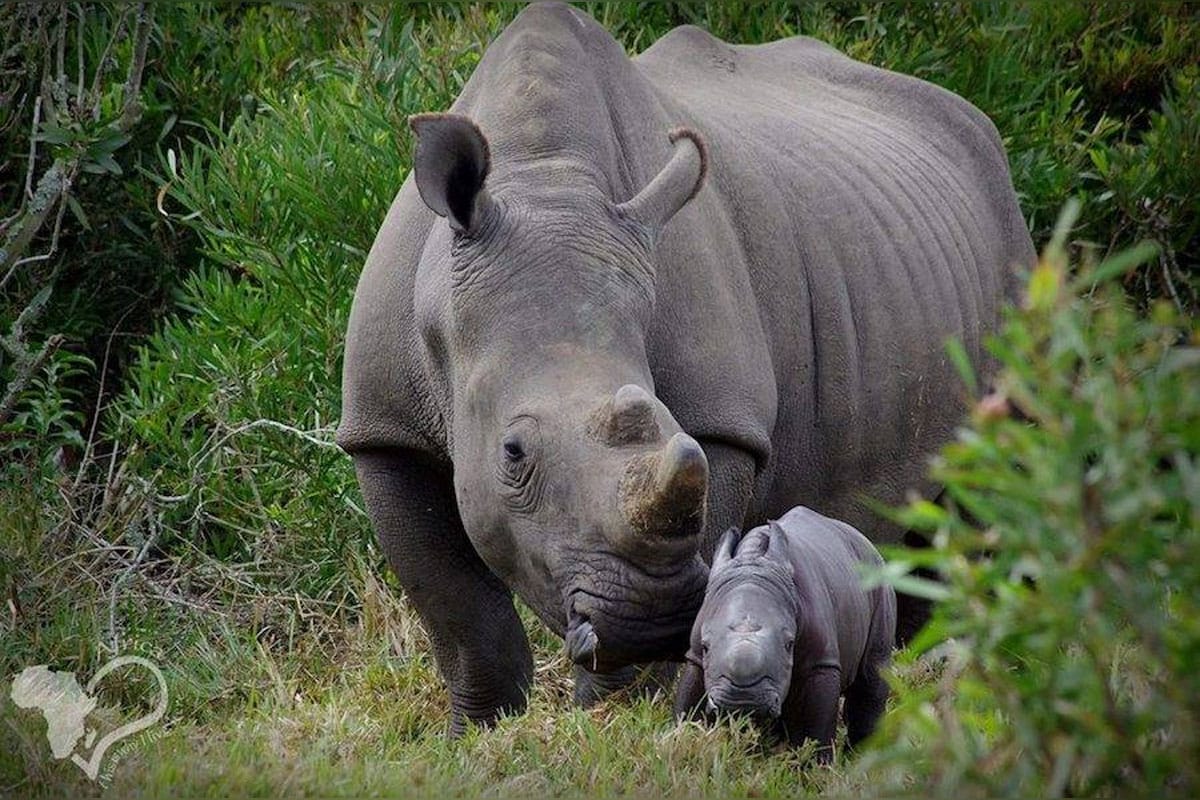 With dishonesty and deception running to the core, it is no wonder why nations fail to protect their wildlife.

There are hundreds of black markets that buy animal body parts in various countries.

Organized crime syndicates run these markets and enable the buying and selling of full horns, hooves, tusks, skulls, fur, and plenty of other body parts.

In particular, horns are quite expensive, and some people pay thousands of dollars to procure them. Most poachers are aware of these markets’ existence, so they try to kill as many animals as possible.

Some illegal hunters made millions of dollars by selling rare parts to these undercover markets.

Several wildlife experts claim that wild creatures like the white rhinoceros could become extinct if we do not prevent poaching and trophy hunting.

Other animals like leopards, elephants, and zebras could also vanish off the earth if countries do not impose strict poaching laws.

Some zoos are coming forward and saving these endangered creatures by keeping them inside enclosures.

Of course, it is not an ideal situation, but it keeps them away from opportunistic poachers.

Wildlife enthusiasts are hard at work to ensure that governments prioritize animal safety.

Let us hope that officials start taking these matters seriously. Otherwise, we could see our beloved creatures disappearing soon.