by Factionary 6 months ago1 month ago
16.8Kviews

A white rhinoceros was brutally shot three times in the head in a Paris zoo.

The zookeepers speculate that this act was carried out by multiple poachers as the Rhino’s horn was missing, most likely cut off by a chainsaw.

According to reports from The Independent, the zoo owners think that the incident occurred early in the morning.

The deceased rhinoceros was four years old and one of the zoo’s main attractions. 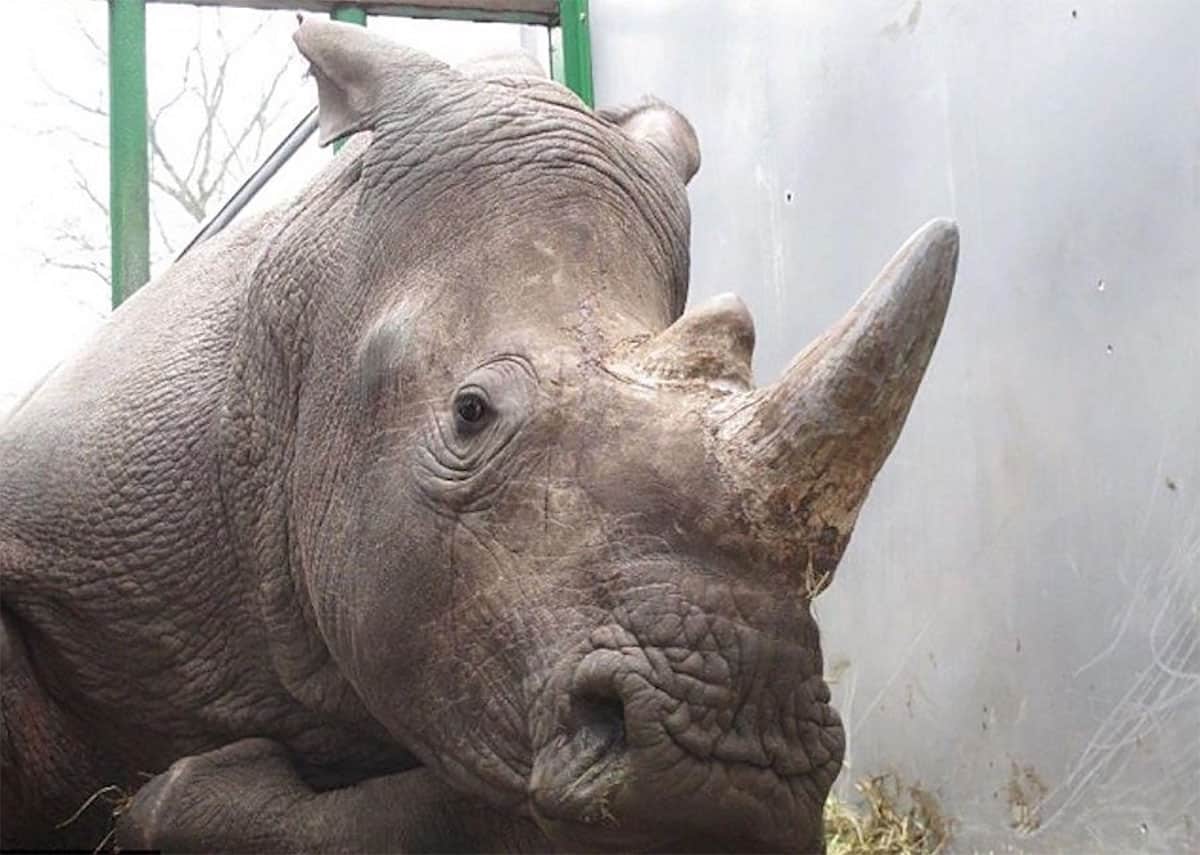 Unfortunately, no one saw the incident happening, and there was no security footage to identify the perpetrators.

The wildlife park’s guards found the animal dead early in the morning.

The Rhino’s name was Vince, and his horn was missing.

It looked like the poachers also tried to remove the second horn as it had quite a lot of cuts and scrapes.

The guards think that they either didn’t get enough time or their chainsaw broke before they could retrieve the other horn.

The deceased animal was born in a Dutch Zoo. The Thoiry Zoo in Paris, France, bought it in 2015, and he had been living there ever since.

Why Do Zookeepers Believe That Poachers Were Responsible?

If you look at all the signs, it’s hard to speculate anyone else performing this heinous act.

The fact that the Rhino’s large horn was missing is a clear indicator that a group of poachers was responsible for this.

In case you do not know, rhino horns are quite expensive. Their black market value is around $40,000.

Byers from China, in particular, pay poachers massive sums of money to acquire these horns.

These people believe that the horns possess aphrodisiac qualities.

The guards claimed that multiple poachers were responsible for the Rhino’s killing.

Breaking into a zoo and murdering a dangerous animal like a rhino is virtually impossible for a single person.

Most likely, there were two or three people involved in this act.

What Were The Guards Doing?

Quite a lot of people have been asking the same question.

Some people even doubt that the zoo’s security was in on this murder/heist, and took a cut from the share.

That said, there haven’t been any reports to suggest the involvement of the caretakers or guards.

But it is still strange how a group of people was able to evade armed security, shoot a massive animal thrice, cut its horn, and escape the zoo unnoticed.

In all likelihood, this was a planned theft performed by experts who have a history of poaching horns and other valuables.

The thieves probably studied the zoo, its surroundings, and the shift timing of its guards.

They either found a small opening to enter the zoo or hid somewhere until it closed.

The poachers most likely used a gun silencer to prevent anyone from hearing the shots.

Moreover, they probably escaped by blending in with the visitors after the zoo opened.

However, that still does not explain how they were able to pass through security with a large horn.

Maybe someone distracted them, or perhaps it was a rare moment where they were not paying attention.

Whatever the case may be, the zoo must consider revising its security procedures and maybe changing its personnel. 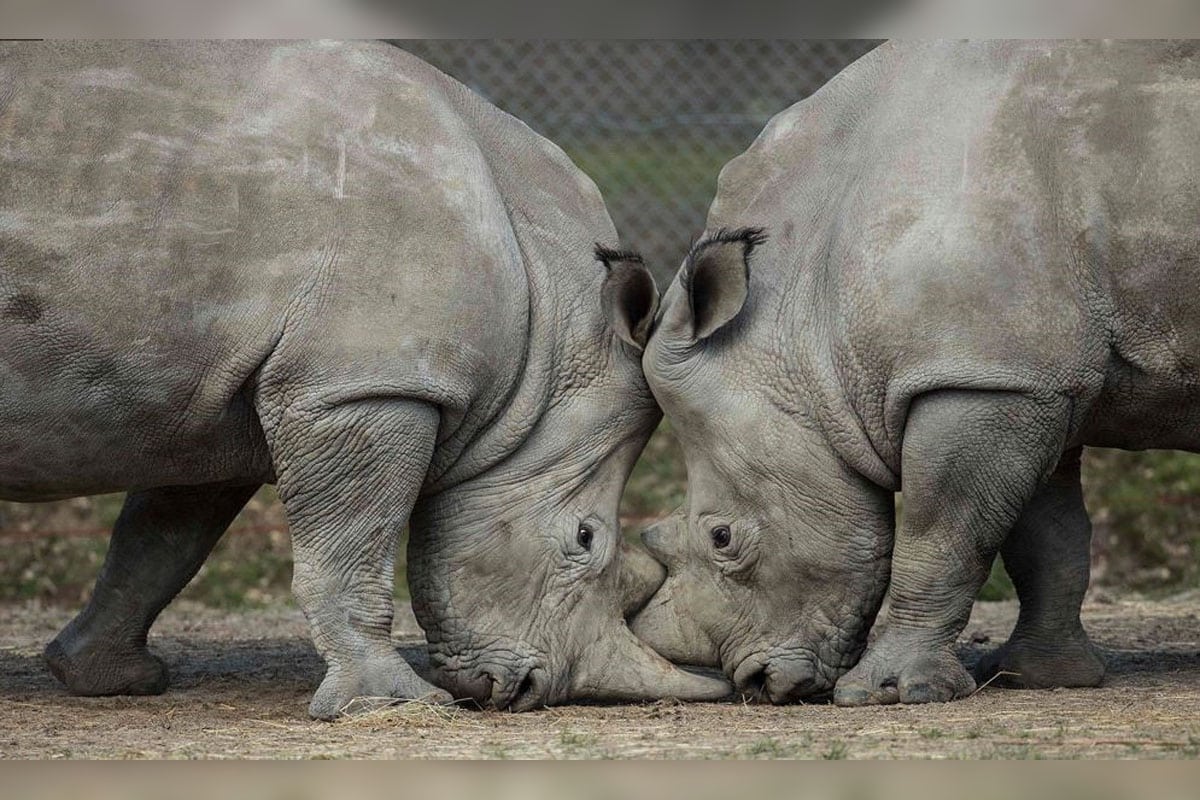 If the guards were more vigilant, they could have prevented this unfortunate ordeal.

Poaching Is Becoming A Serious Problem

Since the financial reward for poaching is very high, more and more opportunists are trying their hand at this illegal yet fruitful job.

The problem has existed for quite a while but often falls under the radar because authorities do not take it as seriously as they should.

In most cases, rhinos and elephants are primary targets for poachers.

Their horns and ivories are quite valuable. Some black markets even pay millions of dollars for a single piece.

Africa is a popular area where people illegally hunt animals for their useful parts.

Vince’s death, however, highlights that poachers are willing to target private zoos too.

It’s a concerning matter that every wildlife park owner should take seriously.

It further demonstrates that it is high time that governments prioritize this matter.

White Rhinos Are Close To Extinction

White Rhinos are among a list of several other animals that are nearing extinction.

While there are other reasons for some animals to become extinct, white rhinos are endangered because of poaching.

At one point, there were only six or eight of these animals left all over the world.

However, the number of these animals is still quite low, and with what happened to Vince, its high time that zoos take all the measures necessary to protect their white rhinos.

What Happened To The Other Rhinos In Vince’s Enclosure?

While Vince became the unfortunate target of a heinous act, other rhinos in his enclosures got lucky.

Bruno (5 years old), and Gracie (37 years old) are safe and living in a cage with maximum security. 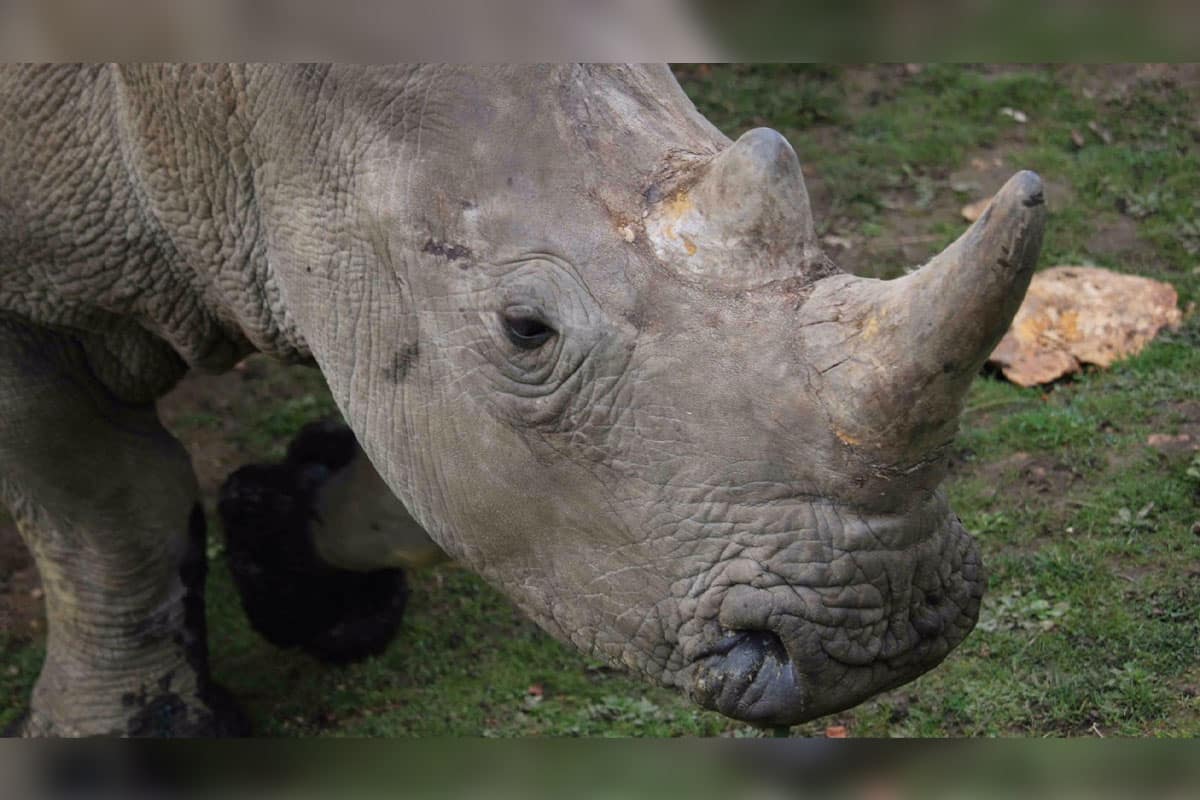 The zoo even hired extra security personnel to make sure that no one harms its rhinos.

Although French law and the International convention banned the sale of ivory and rhino horns, it continues in some areas.

The Asian black market is particularly notorious for buying these objects as they believe them to be a vital ingredient in traditional medicine.

As we discussed earlier, zoos are becoming more vigilant after the incident with Vince.

The Thoiry Zoo has been extraordinarily active in warning European zoos to upgrade security.

Animal parks all over Europe are on high alert.

They are increasing the heights of their fences and adding more sophisticated locks on their doors.

Illegal trading of wildlife is becoming more and more common by the day.

It is only second to human trafficking and almost the same as unlawful drug trading.