Anatoly Moskvin, a highly educated historian and a journalist in Nizhny Novgorod, Russia’s fifth-largest city, who speaks 13 languages, and famous for teaching at various college levels, was charged and arrested for a grievous offense.

The self-proclaimed expert on cemeteries and self-titled necropolyst, who is known to be very intelligent and exposed, was arrested for a crime many considered cruel and beyond comprehension.

In an interview, one of his colleagues described his work as “priceless.”

It’s however sad that Moskvin’s expertise, which was envied by many took a strange turn when he was arrested in 2011. 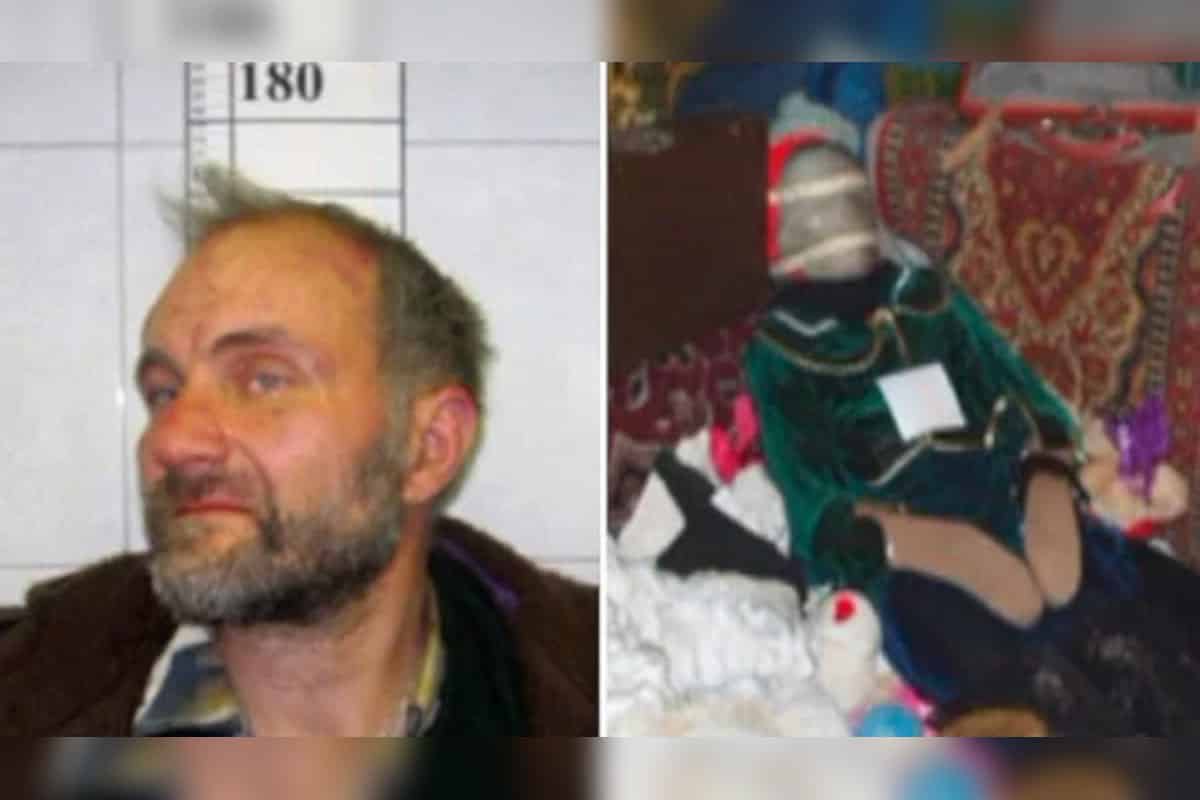 The police arrested the historian after the bodies of 29 girls were found mummified in the apartment he lived in.

Posing them as vintage dolls, Moskvin mummified the bodies of the 29 girls between the ages of 3 and 25 and left them lying in his apartment.

Is This A Ritual?

Nothing seems to justify Moskvin’s act than what many have tagged to be a sort of an unconventional ritual.

When asked about his bizarre actions, Moskvin revealed that his obsession with death was linked to a 1979 incident that occurred when he was 13.

According to a story he shared in a weekly publication dedicated to obituaries and cemeteries – Necrologies, Moskvin revealed how the incident contributed to who he had become.

He revealed how a group of men who were en route to the funeral of 11-year-old Natasha Petrova had stopped him on his way home from school.

He stated that the men had dragged him to Natasha’s coffin and forced him to kiss her corpse. Afterward, the girl’s grieving mother placed a wedding ring on her daughter’s finger and his finger.

Moskvin revealed that his strange marriage to Natasha’s corpse led him to believe in human’s supernatural relationship with the dead.

He said in the article, “My strange marriage with Natasha Petrova was useful.” Not only is the supposed marriage strange, but the story in itself is stranger.

Whether true or not, nothing changes the fact that Moskvin’s disturbing thoughts and acts may go unchecked for years.

Obsession With The Dead

Being forced to kiss a corpse at a young age may have triggered Moskvin’s interest in cemeteries. Not only did he gain delight in visiting cemeteries from his school age, but his interest also triggered him to get an advanced degree in Celtic Studies.

In relatable discussions about his extensive knowledge of the region’s dead, he revealed that:

“I don’t think anyone in the city knows them better than I do.”

The historian also claimed to have visited 752 cemeteries in Nizhny Novgorod between 2005 and 2007.

During his weird sojourns, he walked up to 20miles per day to take notes on each of the people that were buried in the cemeteries.

More surprisingly, he revealed how he spent a night in a deceased person’s coffin, a few hours to the scheduled funeral.

At a time, he uploaded a documentaries series of discoveries and titled it, “Great Walks Around Cemeteries” and “What the Dead Said.”

While Moskvin’s act seemed like a probe into the “unknown,” they were more than an inquiry or an observation. In 2009, locals living around the cemetery began to notice that the graves were being desecrated.

Not only were the graves violated, but corpses were also completely dug up. In an interview with CNN, Gen. Valery Gribakin, Russian Interior Ministry spokesman, said:

“Our leading theory was that it was done by some extremist organizations. We decided to beef up our police units and set up… groups composed of our most experienced detectives who specialize in extremist crimes.” 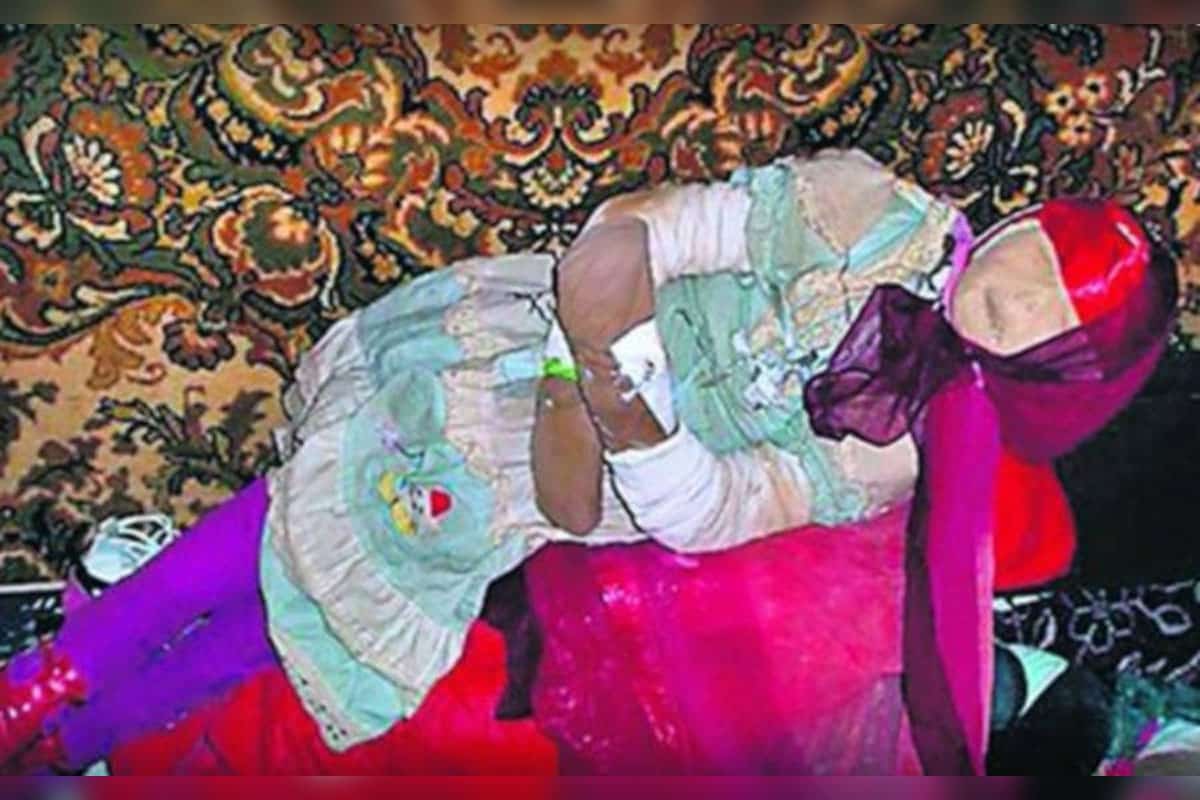 In 2011, the authorities in charge of the investigation heard how Muslim graves were being desecrated in Nizhny Novgorod.

When investigators got to the cemetery, they found Moskvin painting the pictures of dead Muslims. Upon his arrest, eight officers went to his apartment to gather evidence.

Police officers several life-like doll figures around his room. These dolls wore beautiful, old fashioned clothing in which they were buried, and knee-high boots.

He also applied makeup for some and also hid their hands in fabric. While Life-like dolls could have been a beautiful innovation, the officers found something entirely different.

To the surprise of everyone, these dolls were mummified corpses of human girls. In addition to dressing them up like real dolls, Moskvin also placed music boxes inside the dolls to distract anyone who suspects.

He stuffed the personal belongings of some mummies and placed a piece of a mummy’s gravestone inside one of the bodies.

As if that wasn’t enough, he put the hospital tag, the date, and cause of the death of a girl inside her body, and placed the dry human heart in another body.

Among others, they also found doll-making manuals, photographs, and plaques that were supposed to be at the gravestones and maps of the city’s cemeteries.

During investigations, Moskvin revealed how he mummifies them. He would wrap nylon, or fashion doll faces on the corpse after stuffing them with rags, then insert toy eyes into their eye socket so they could stay with him to “watch cartoons.”

His parents were called in for questioning, but they denied knowing about their son’s acts. Moskvin’s mum said:

“We saw these dolls, but we did not suspect there were dead bodies inside. We thought it was his hobby to make such big dolls and not see anything wrong with it.”

Although neighbors confirmed to have perceived a rancid smell whenever he opened his apartment, they never thought that the “easy-going, quiet” young man was up to no good. So they attributed the smell to the stink of rotten items.

At the end of the investigation, authorities found 29 mummies in Moskvin’s apartment, and he was charged for the desecration of graves. 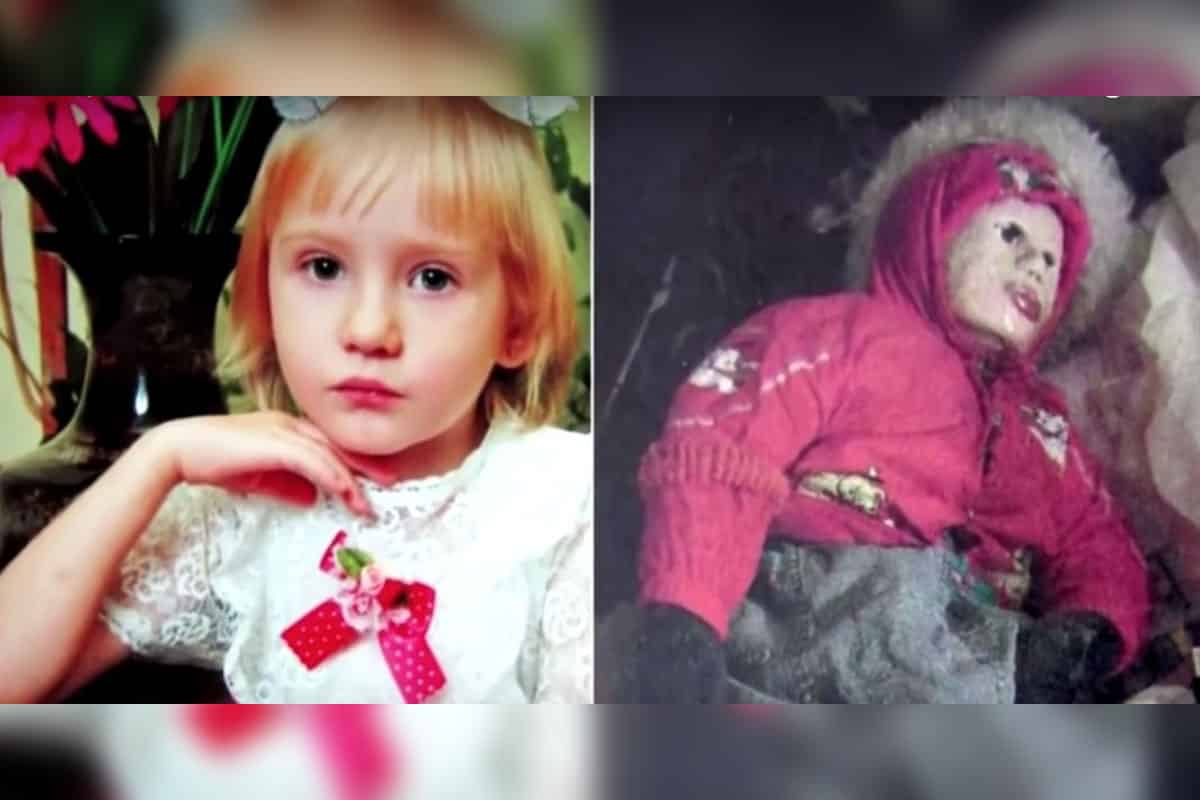 He eventually confessed to 44 counts of graves and corpse abuse. But before he was taken away, he said to the victim’s parents, “you abandoned your girls; I brought them home and warmed them up.”

The Russian Media Tagged Him, “The Lord Of The Mummies” And “The Perfumer”

Alexei Yesin, Moskvin’s editor at Necrologies, stated: “Many of his articles enlighten his sensual interest in deceased young women, which I took for romantic and somewhat childish fantasies the talented writer emphasized.”

Although the historian was unusual, Alexei revealed that he never thought he would go that far in being unusual.

Will Moskvin Be Freed At A Later Time?

Following his sentencing, he was diagnosed with schizophrenia and sent to a psychiatric ward. While Moskvin was sentenced to a few years in prison, some of the victims’ family members strongly believe that the punishment is not befitting for his crimes. Natalia, one of the victim’s mother, said:

“This creature brought fear, terror, and panic into my (life). I shudder to think that he will have the freedom to go where he wants. Neither my family nor the families of the other victims will be able to sleep peacefully. He needs to be kept under surveillance. I insist on a life sentence, only under medical supervision, without the right of free movement.”

“I still find it hard to grasp the scale of his sickening “work,” but for nine years, he was living with my mummified daughter in his bedroom. I had her for ten years; he had her for nine.”

Since his prosecution, everyone stayed away from Moskvin and his parents. Despite being isolated, Moskvin’s reaction was indifferent. Authorities alleged that he had told them not to rebury the girls deeply as he plans to unbury them after his release. Although psychiatrists think he is getting better, locals still believe otherwise.