by Factionary 8 months ago2 months ago
034.2Kviews

The media often give serial killers dramatic names to emphasize their danger, which adds to their character’s allure if, and when, they are caught.

There is so much a single name can communicate about the twisted intentions of a broken, evil human being. Case in point: the Night Stalker.

Ricardo Ramirez, known as the Night Stalker for his vicious rampage through Los Angeles, San Francisco, and the places between 1984 to 1985.

In just over one year, he killed 13 people and committed other inhuman crimes against them.

All villains have an origin, often one that is darker than human minds can conceive. Most horribly of all are the real villains, who are born the same way as their victims.

They are human, or were, and were changed into something worse to become monsters. Such is the story of the Night Stalker.

Richard or Richie’s earliest and strongest influence was in his cousin Miguel or Mike, a Vietnam veteran who showed him grotesque pictures from his tour of victims he tortured.

He boasted about raping women and had pictures of him posing with their severed heads. Mike taught Richie many of his military skills.

Richie was present when Mike killed his wife with a revolver point-blank to her face. After becoming withdrawn, Richie was placed with his older sister, whose husband was a peeping pervert. 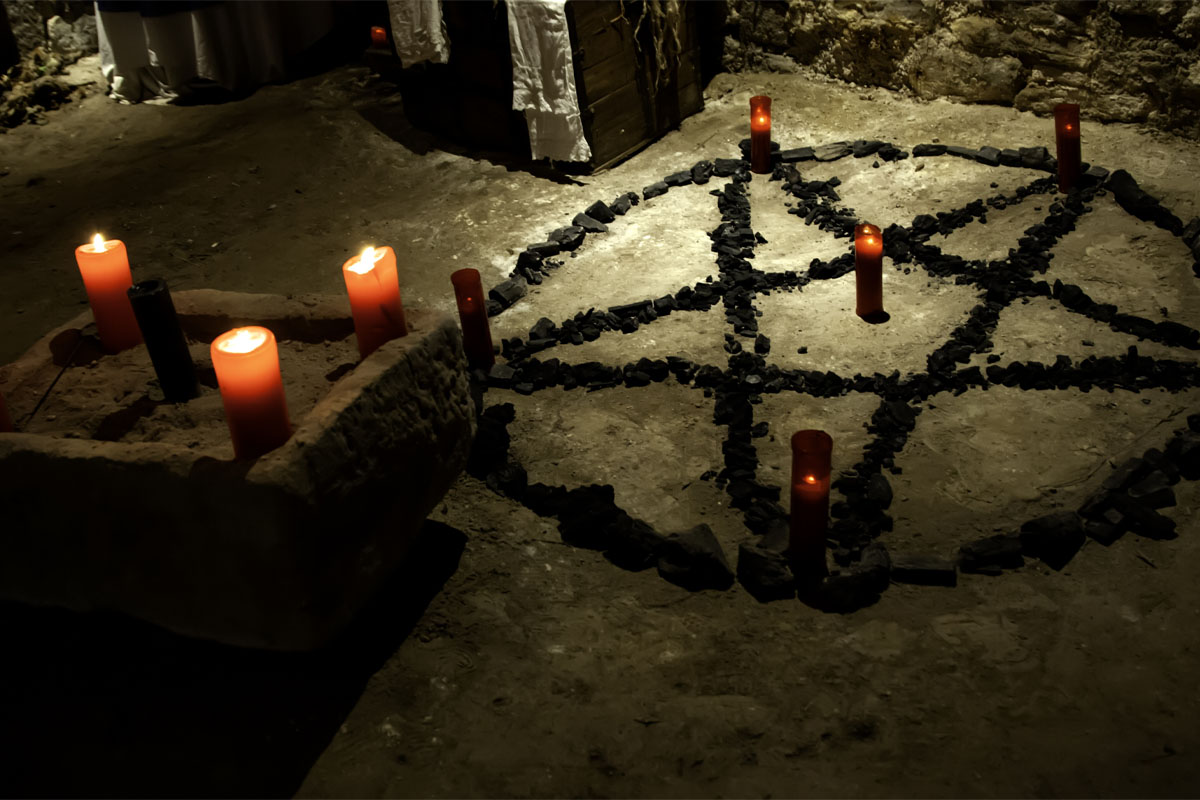 By the time Richie was in high school, he was already a terror. He got his start with crime early when he worked for a Holiday Inn.

He used his employee key to break into rooms while guests were away and steal their things. At one point, he entered a room with a woman and tried to rape her.

Her husband came back just in time to stop him and beat him up. The couple left the state but never pressed charges. At this time, Richie was already experimenting with hard drugs like LSD and was practicing Satanism. 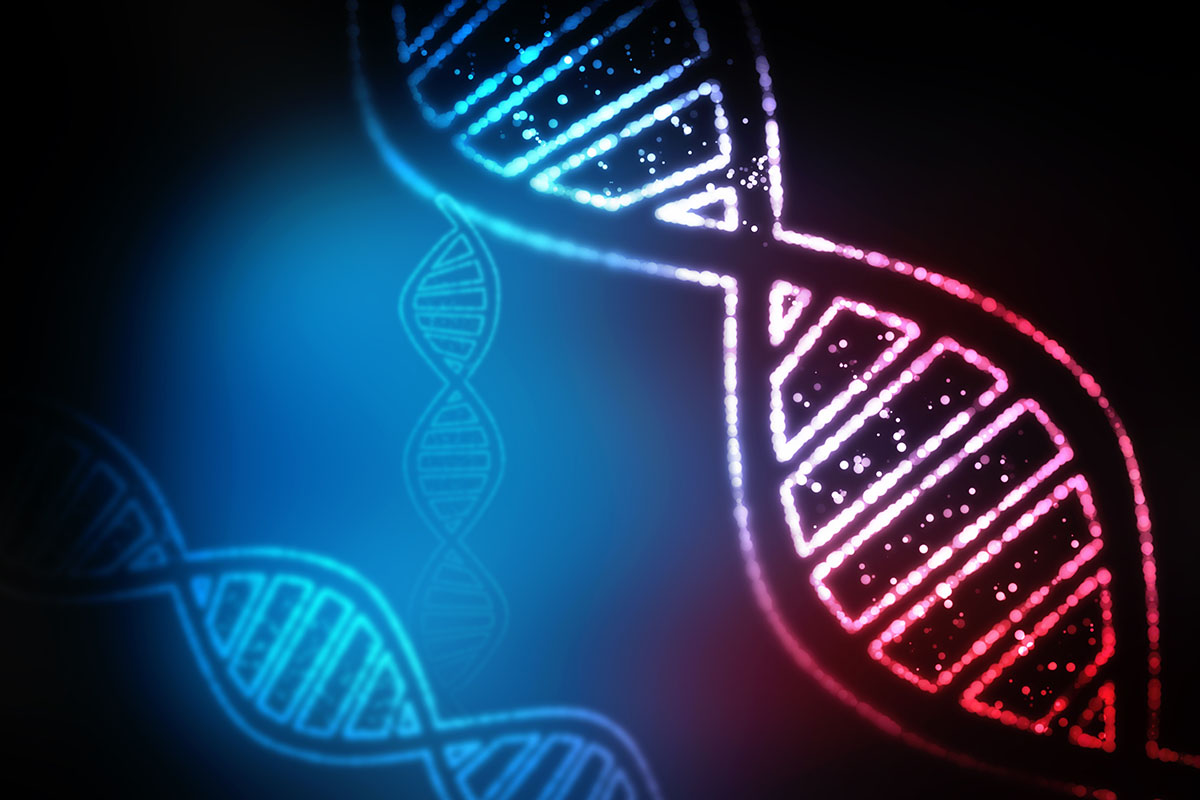 Richie never finished high school and moved to California from his birthplace in El Paso, Texas, at 22 years old. His earliest killing on record wasn’t discovered until many years after his death.

A nine-year-old Chinese-American girl was found in the basement of the hotel where Richie lived.

He was never connected to the crime until DNA evidence was investigated in 2009, nearly 24 years after his arrest.

Just two months later, he killed again. This was the beginning of his stint as the Night Stalker. He killed a woman in her apartment.

He walked right in and stabbed her in her sleep, and cut her throat so deep it nearly took off her head.

Jennie Vincow, 79, was his last kill for the year, but between March and August of 1985, he committed over a dozen attacks, few of which his victims survived. 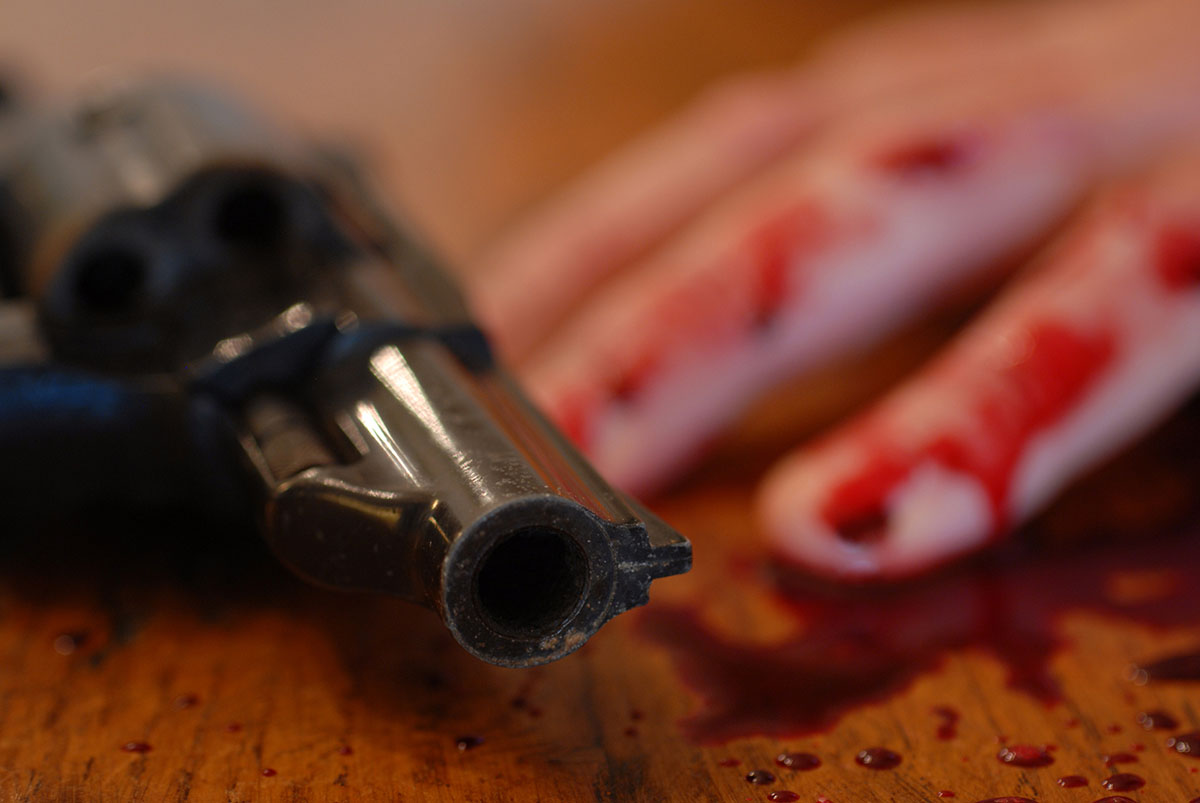 His first murders in 1985 happened within just an hour. Three victims were attacked. First was Maria Hernandez, who he shot at while she pulled into her garage where Richie was already waiting with a revolver.

Miraculously she survived when the bullet glanced off the keys in her hand that she held up.

Her roommate, Dayle Okazaki, was not as fortunate; Richie killed him when he called from inside the house. After fleeing the scene, he killed Veronica Yu after pulling her from her car and vanished. 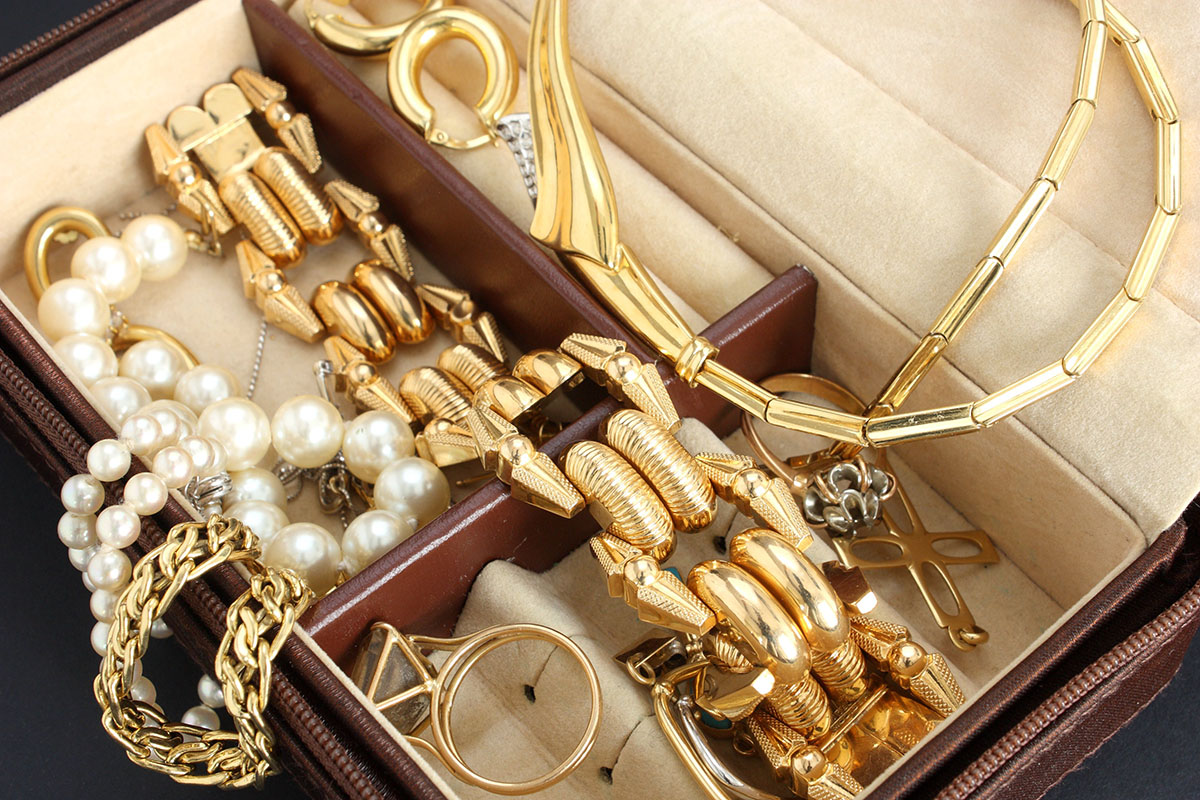 His next three attempts ended in initial failure. He went after couples, not singled out individuals, for a short time. First, he burglarized the home of Vincent and Maxine Zazzara and killed them where they slept.

Maxine attempted to fight back, and Richie brutalized her further, removing her eyes and placing them in the jewelry box he emptied.

In May, he shot Bill Doi in the head two months later, which was non-fatal, and raped his wife Lillian in the other room.

In May, he attacked Mabel Bell and Nettie Lang, both of whom were over 80 years old, and marked them and their walls with a pentagram. 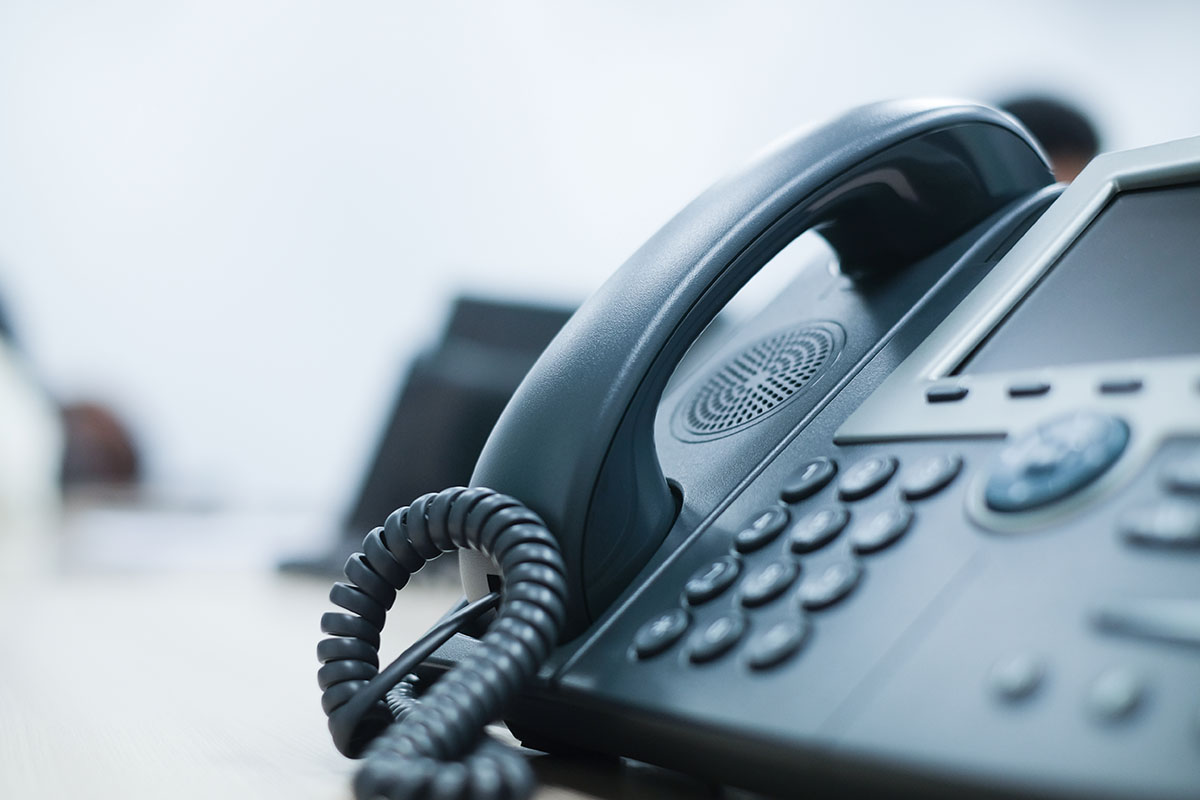 His spree through Los Angeles and its surrounding cities continued in July. Most of his victims were killed and either raped or brutalized to an inhumane degree. There was no apparent rhyme or reason to his murders.

He went somewhere, stole a car, stole into someone’s house, stole their things while they weren’t there, while they were, and if he could, he would kill. He was stopped once by divine intervention.

When trying to finish off 16-year-old Whitney Bennett after bludgeoning her with a tire iron, he saw sparks coming from the phone cord and thought Jesus Christ was stepping in to stop him. She survived the attack.

Richie had a pentagram tattooed on his wrist. He believed that he had a supernatural protector in Satan and swore his services to the Devil.

In the event of a willful survivor, a victim who he would beat but leave alive, he would force them to guide him to the valuables in their house and “swear on Satan” that they weren’t lying.

Some of his burglaries ended in tragedy, others in trauma, as few survived his rampage, but some were given second chances, surviving even shotgun blasts to the head in their sleep.

Richie killed through August, but some of his victims survived his best attempts. One group, Bill Carns and Inez Erickson, positively identified and described Richie to the police after their attack on August 24th.

Richie, feeling no remorse or fear through his murders in Los Angeles and San Francisco, tried to take a bus to Tuscon, Arizona, to visit his brother.

When he returned, his picture was on every newspaper in every store, and people pointed him out. Spanish-speaking citizens called him “El Matador,” “The Killer.”

Even under arrest and in court, Ramirez lived up to the evil depictions and even exceeded them. His thoughtless evil overshadowed the media’s best efforts to make him out to be a monster.

He confessed to his crimes without remorse and was sentenced to 19 consecutive death penalties. Even at that, he was unfazed. He was quoted saying, “Big deal. Death always went with the territory.

See you in Disneyland.” to reporters once his sentence was delivered. If he was genuinely doing Satan’s work, meeting him was just the last step of his plan.