Animal invasions are quite rare. There have been very few documented cases where creatures invaded a particular area.

One of the most notable instances is the polar bear takeover in some Russian Islands.

Initially, people didn’t believe the news, but eventually, someone posted several photos of these animals trying to occupy their streets in search of food and shelter.

The island region known as Novaya Zemlya was the first to report polar bear sightings.

Authorities in this area wasted no time in issuing a state of emergency telling people to beware and inform their local animal shelters if the sea any bears. 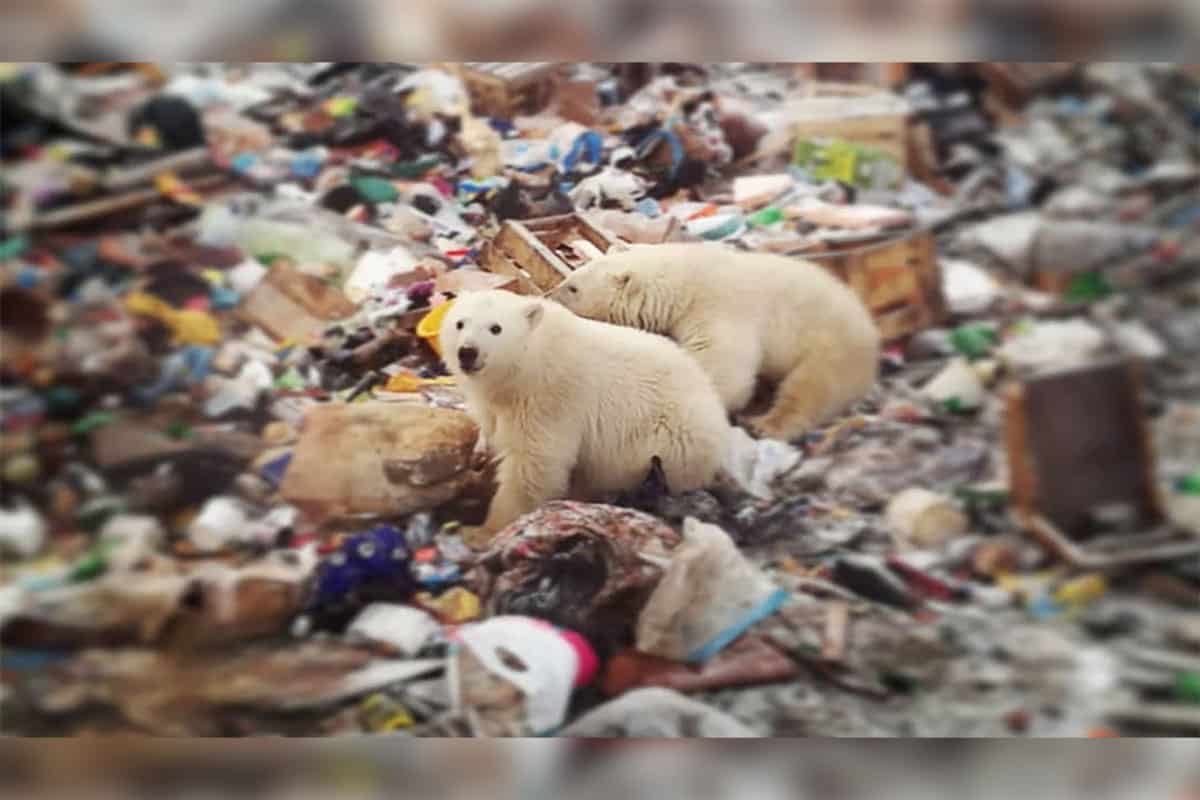 As time passes, more and more polar bears are making way into Novaya Zemlya and several other distant islands in Russia.

What Is The Reason Behind This Predicament?

When the first pack of polar bears arrived, people thought that it was a random occurrence and let things slide.

However, it didn’t take long for other groups of these animals to invade various areas in Russia.

Initially, experts thought that these creatures were under attack from hunters and other dangerous animals.

Some suspected that predators chased them away.

After some time, people discovered the real reason was the lack of food available to these animals and the effects of climate change on their natural habitat.

Protesters have been quite vocal about the detrimental effects of climate change, and this is a shred of glaring evidence that highlights the ever-increasing problem.

More than fifty polar bears came to Novaya Zemlya in a desperate attempt to find food.

The Northern Russian region has around three thousand residents who are afraid to leave their homes because of these animals.

The situation is particularly scary when you think that most of these bears are roaming about freely in different areas.

Therefore, the residents of the regions invaded have no way of knowing whether or not one of these creatures is nearby.

The situation is extraordinarily frightening, and authorities haven’t taken any action to send these animals elsewhere.

There Could Be More Polar Bears Coming

As climate change worsens, more of these creatures make their way to various Russian islands.

Some experts state that they could arrive in other countries as well.

The reason why most of these bears are choosing Russia is because of its favorable weather conditions.

Human populated communities in Novaya Zemlya are in extreme danger as these creatures are prowling their areas, searching for food.

The arctic habitat of these bears is diminishing with each passing day.

Due to this, they are not able to hunt for food as other animals are also leaving.

It leaves polar bears no other option but to look for food elsewhere.

As things go, it does not look like there will be significant improvements in their natural habitat, which indicates that the invasion could last for an extended period. 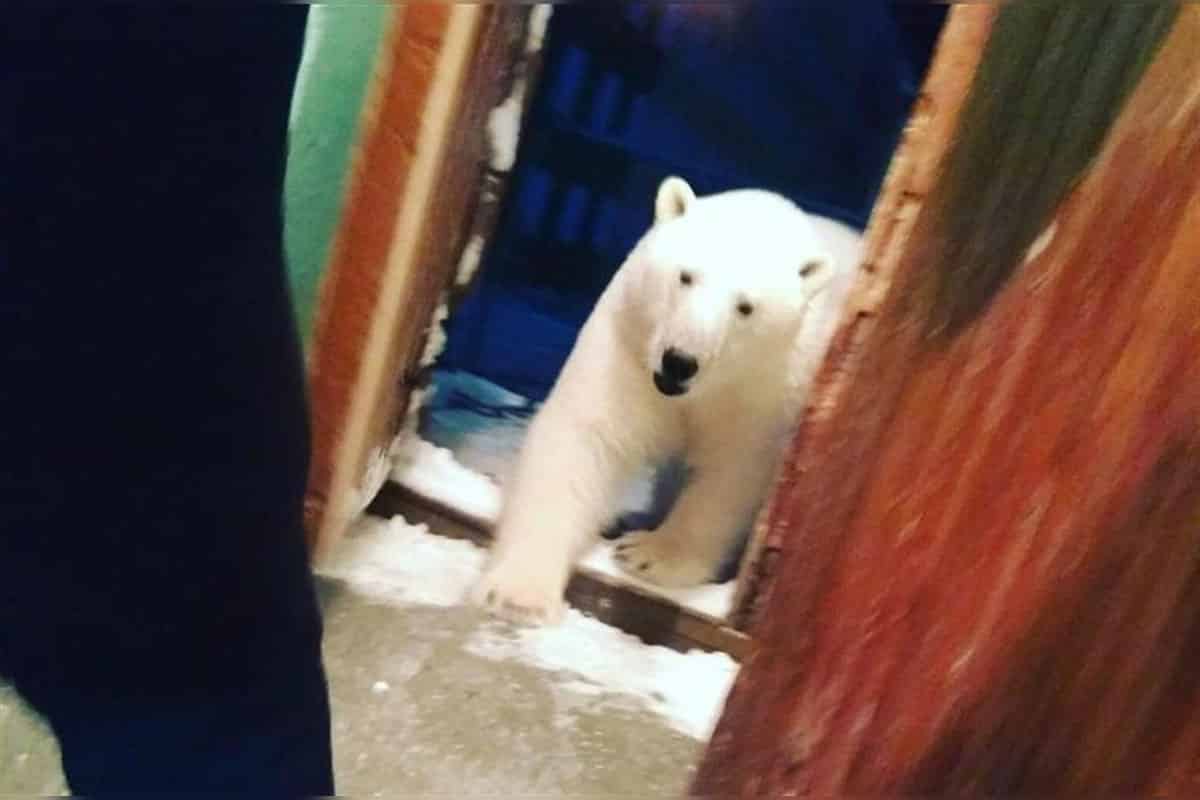 The security everywhere in the country is on high alert and has been doing everything possible to prevent these animals from entering.

As mentioned earlier, the arrival of these bears meant that people couldn’t leave their houses, whether for school, work, or buying groceries.

Parents, in particular, are taking this situation very seriously and aren’t allowing their children to leave the house at any time of the day.

Some businesses are also finding it hard to operate with the presence of these creatures.

There have been some instances where some of the polar bears tried to enter people’s houses.

Fortunately, they were not able to get inside.

Some island residents also reported dangerous attacks where the animal severely injured a group of pedestrians.

Since polar bears mostly live in secluded areas, many of them haven’t had any interaction with human beings.

Therefore, they see them as a threat and attack them if they sense danger.

Their attacks are quite vicious and can take a person’s life within minutes.

Several people lost their lives to polar bear attacks over the years.

A few of the victims were researchers who were trying to study the animal.

Research also suggests that these arctic dwellers can confuse human beings with seals.

The latter species is the main food source for polar bears, which means that humans are in no way safe around the flesh-hungry creatures no matter how friendly they appear.

Also, these bears are deceptively fast.

They can catch their prey within seconds if they are in close vicinity and maul them to death, leaving the island residents no other option but to stay back and wait for these creatures to flee.

Is The Russian Government Taking Any Action? 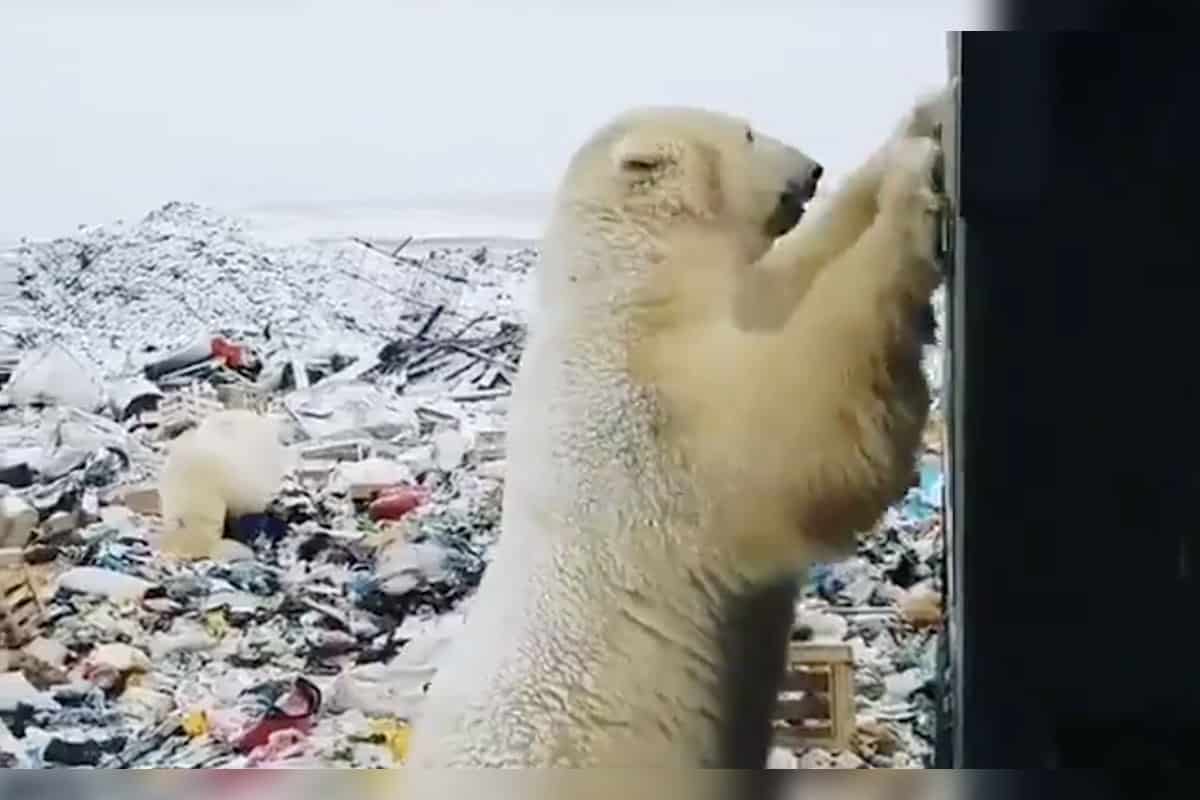 While the authorities were quick to alert everyone in the country about this situation, there is very little to do to make these animals go away without using excessive force.

A big reason for their lack of efforts to battle the problem is that polar bears are slowly becoming extinct, which makes them an endangered species.

The Russian Government wants to conserve this animal and make sure that it thrives and increases in numbers.

Therefore, just like the people in the islands, the troops can also wait and hope for these bears to go away as moving them out with force and violence is not an option.

That said, members of the defense and air force troops are doing everything to make sure that people are safe from polar bears.

Most of these troopers are present in Novaya Zemlya as it is a high-risk area with more than fifty bears roaming around the island.

People living near an abandoned military building present in another area reported that a pack of these animals entered the doors and settled inside.

Military employees and personnel are using specialized vehicles to go to their workplaces.

However, despite the preventative measures the country is taking, there seem to be no signs of these polar bears leaving soon.

What’s more troubling is that they are getting comfortable in their new habitat, which makes it even harder to scare them away.

The Russian police force does not have permission from authorities to shoot these bears.

Because of this, these animals do not fear their warnings or patrols.