by Factionary 7 months ago4 weeks ago
14.9Kviews

The Olm is essentially a cave dwelling salamander that can be found inside underwater caves of Bosnia and Herzegovina.

It is also present in some caves in Slovenia, Italy, and Croatia. These salamanders are quite unique in regards that they are very cautious with their energy expenditure. Most of these Olms do not move more than sixteen feet per year.

The average Olm lives an average of hundred years. It can easily go without sex, food, and movement. A focus group dedicated towards observing an Olm’s lifestyle was noted that one particular Olm did nothing at all for almost 2600 days. 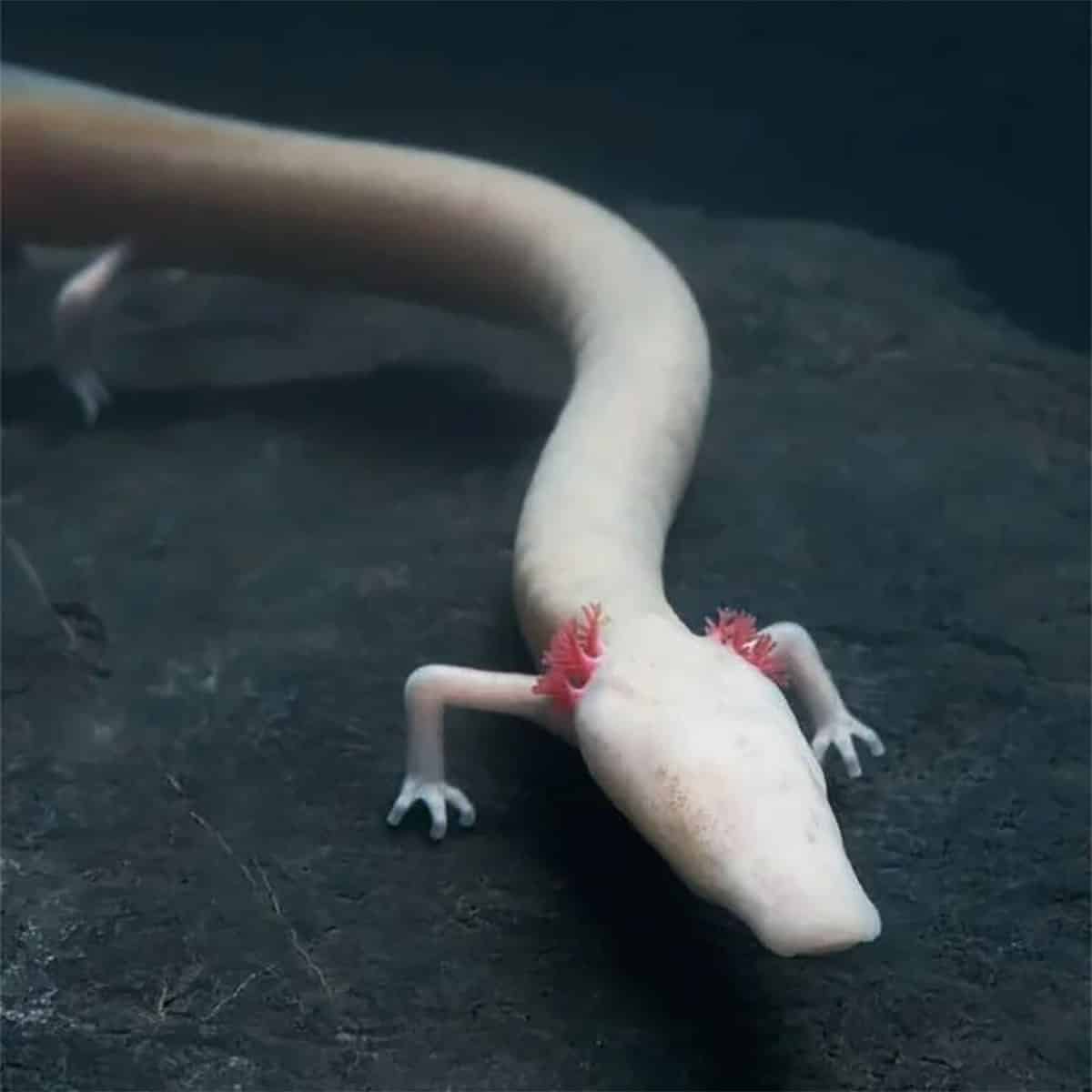 Salamanders are famous for their ability to regrow a broken tail. They are also capable of living an extremely long life. That being said, there is one particular salamander species that stands out ahead of the rest, and that is – the olm.

The scientific name given to the olms is Proteus anguinus. As mentioned earlier, it can live for more than one hundred years. If you compare the average lifespan of an olm to that of a Galapagos tortoise, you will find that the olm lives a significantly less exciting life.

In the recent years, a team of researchers captained by Gergely Balazs from the Eotvos Lorand University from Hungary performed an extensive study on Bosnia and Herzegovina’s olm population.

The Journal of Zoology published their research. The research particularly focused on the olms living inside aquatic caves.

The researchers discovered that these tiny albino creatures living inside caves did not move more than 35 feet in a span of ten years.

What was even more surprising about this research was the fact that one especially lazy olm remained motionless for more than 8 years.

The Behavior And Biology Of An Olm

Since most of the olms live inside caves, they do not have to worry about predators.

Plus, their excellent metabolism makes sure that they can live without eating for several years.

Taking these things into account, it is not surprising that olms live longer lives than other creatures even if their lifestyle is boring than most.

So far, the olm remains to be the only species in its genus. They are capable of living in complete darkness most of their lives. However, they still have some ability of perceiving light.

Because of this, the rest of their senses tend to be more sensitive. Although there is no confirmation regarding when these creatures actually originated, most researchers suggest that their present dates as far back as twenty million years. 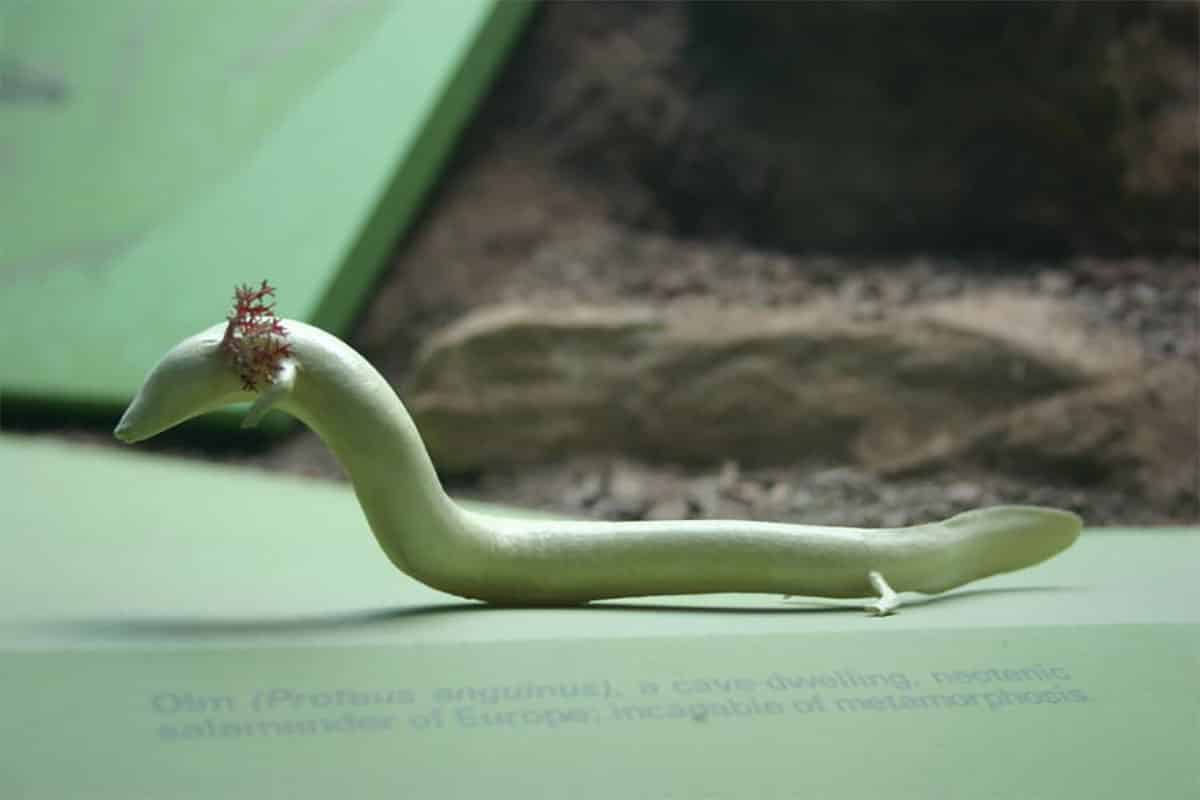 As far the sluggish movement of an olm goes, it is very calculated. They only consider moving if they feel the need to eat something.

They might also consider moving in the rare occasions when they feel like mating. Speaking of mating, the average mating cycle of an olm comes in every 12 to 13 years.

When it comes to food, olms are not too picky.

Their palette is very limited and mostly consists of snails, shrimps, and other small crustaceans.

Since, the olms are almost blind and live in total darkness, they essentially eat whatever they are able to get.

They are excellent in adapting to extreme scarcity of food by using little to no energy.

Although there are tons of ongoing researches and tests, most of the studies regarding these creatures up till now are mostly based on lab studies.

Due to this, there is a severe shortage of ecological data from places where the olms reside naturally in their real habitat.

While most research teams especially set out to learn about these salamander species in their natural environment, they quickly found out that there was a lot more to learn besides their limited movements.

Observing Olms Doing Nothing For Years

For keeping track of these animals, researches tried to utilize a technique known as capture mark and recapture. It allows them to monitor these creatures for numerous years.

These researches capture olms by diving inside underwater caves and retrieving these olms with their bare hands.

They would mark these olms and then release them.

The goal is to inspire other experts to conduct extensive studies on olms in their natural environment rather than studying their movements inside labs for numerous years.

Since a laboratory’s environment is artificial, most of the researches and studies are inconclusive. 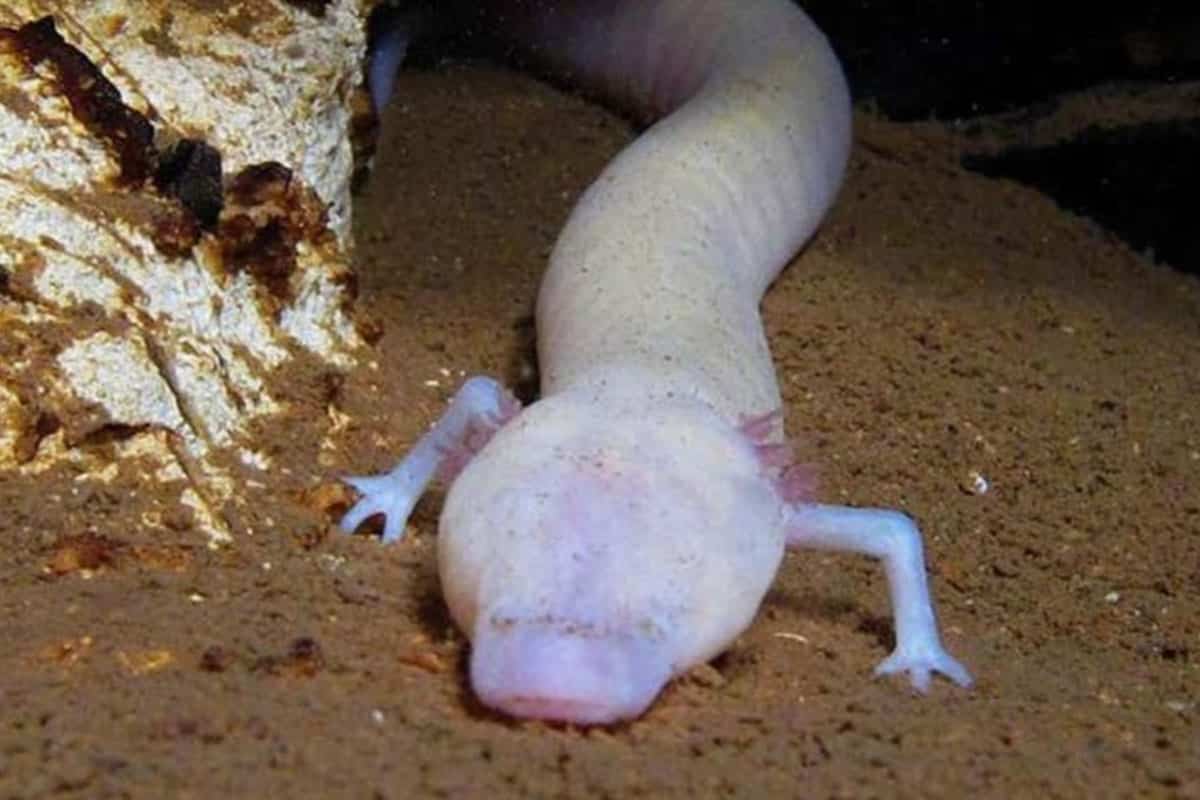 The scientists were able to successfully mark more than nineteen different olms. This allowed the teams to keep track of their whereabouts and activities for a long period. They gave some olms extra attention and tracked them for more than 8 years.

The minimum time they gave to an olm however, was around two to three years. The data they collected from these studies was not that kinetic, but was still fascinating nonetheless.

They discovered that the olms did nothing but hang around at the same place for years.

One olm however was more active than others. It travelled around 125 feet in almost 250 days. Other olms however moved 15 feet on average every year.

Once again, the most likely reason why these olms keep their movement to a minimum is due to their energy cautious nature.

So far, food and reproduction seem like the only motivating factors for an olm to pursue anything, and they still can go years without getting either of them.

The Unsolved Mystery Regarding Olms

One of the biggest mysteries that surround the olms is how they are able to achieve century long lives. Sure lack of movement and food could be a reason for their health, but a full hundred years for a creature as small as the olm is really surprising. 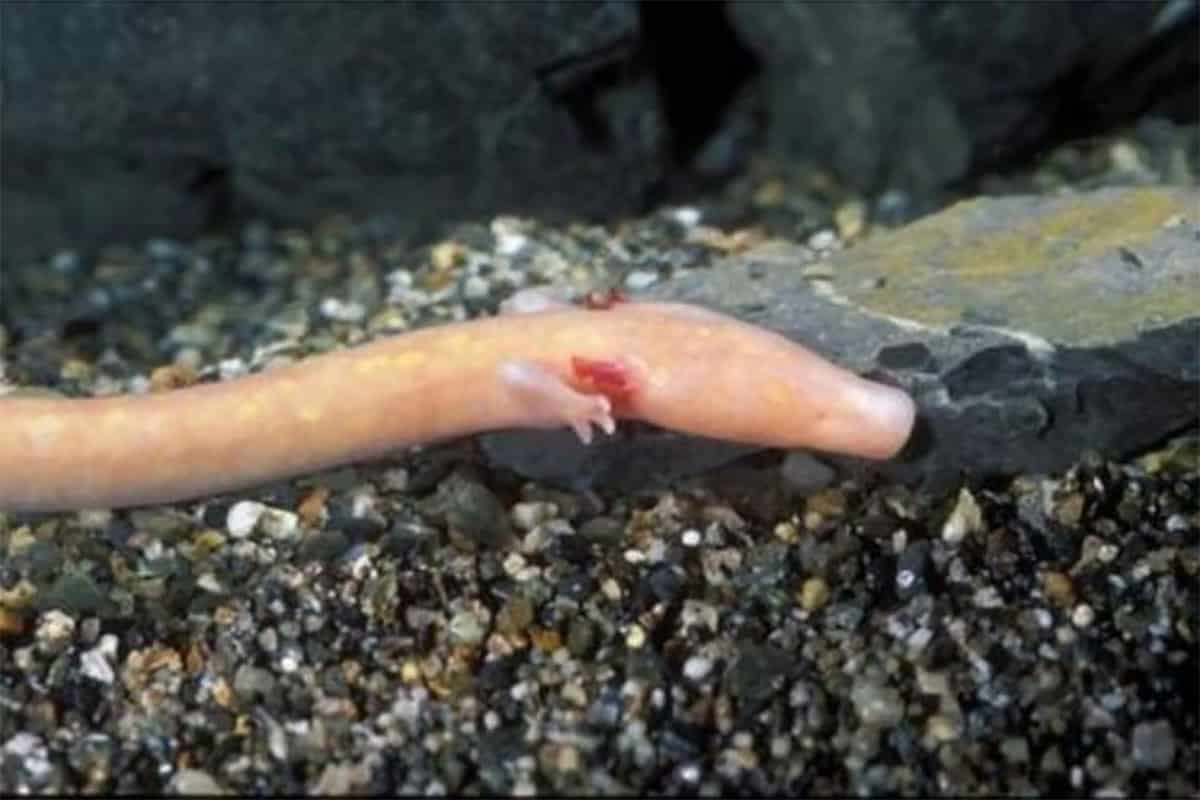 If we go by standard explanations, then ageing happens because of chemical reactions that give us life. These reactions produce reactive molecules known as free radicals.

These radicals are capable of damaging any protein or DNA that they come in contact with. Suffice to say, stopping the constant barrage of free radicals could be how to live a longer life just like the olms.