In August 2018, a group of mammoth tusk hunters in the Siberian permafrost, discovered the remains a foal that is estimated to be about 42,000 years old in a perfectly preserved condition.

Preserved by the region’s permafrost, or permanently frozen ground, the young horse showed no signs of external damage; instead, it retained its skin, the hair on its legs, head and other body parts, as well as hooves and tail. 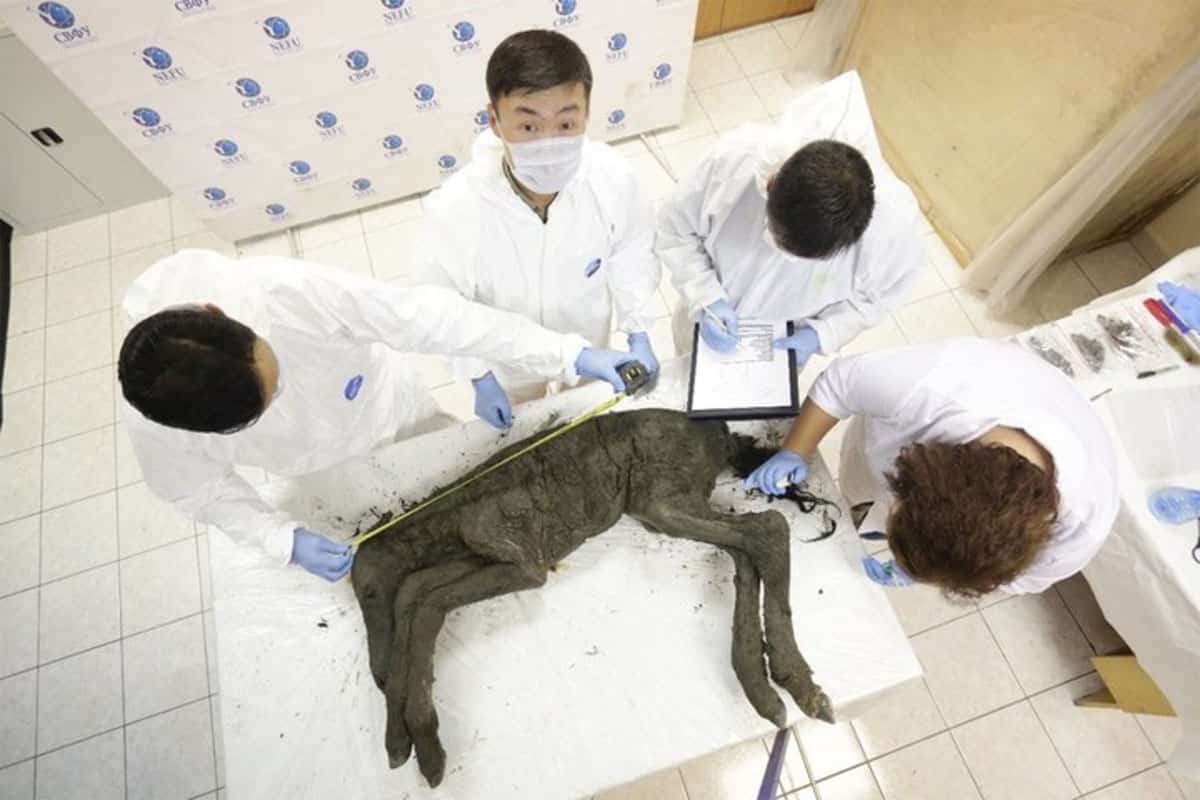 The foal is thought to have been just 1 to 2 weeks old and stood 98 centimeters (39 inches) when it died by drowning in mud.

Remarkably, the icy permafrost preserved the foal’s skin and hair down to the tiniest detail.

There was even well-preserved urine still inside the foal’s bladder.

In an interview with The Siberian Times, Dr. Semyon Grigoryev, head of the Mammoth Museum in Yakutsk, revealed that the foal was in an exceptional condition upon completion of the autopsy.

Although finding the animal’s perfectly preserved carcass with its hair intact was already astonishing, scientists also found similarly pristine conditions when they explored the animal’s interior.

Perhaps, the most astonishing discovery is that liquid urine, as well as liquid blood, were successfully extracted from the 42,000-year-old ice age foal carcass.

“Samples of liquid blood were taken from heart vessels — it was preserved in the liquid state for 42,000 years thanks to favorable burial conditions and permafrost.

“The muscle tissues preserved their natural reddish color. We can now claim that this is the best-preserved Ice Age animal ever found. This is extremely rare for paleontological finds because some of them are incomplete, fragmented, serious body deformations, or strongly mummified.

“The foal’s hair is intact on its head, legs, and part of its body. Its tail and mane are black, the rest of the foal’s body is bay.”

According to him, the liquid blood preserved in the heart vessels for over 42,000 years was a surprise because blood typically coagulates or turns to powder even in well-preserved carcasses as fluids gradually evaporate over thousands of years.

Even after two months of intense, collaborative study, Dr. Grigoryev is still puzzled by certain impressive characteristics of this specimen. He said:

“Having preserved hair is another scientific sensation as all previous ancient horses were found without hair.

“As in previous cases of really well-preserved remains of prehistoric animals, the cause of death was drowning in mud which froze and turned into the permafrost. A lot of mud and silt which the foal gulped during the last seconds of its life were found inside the gastrointestinal tract.” 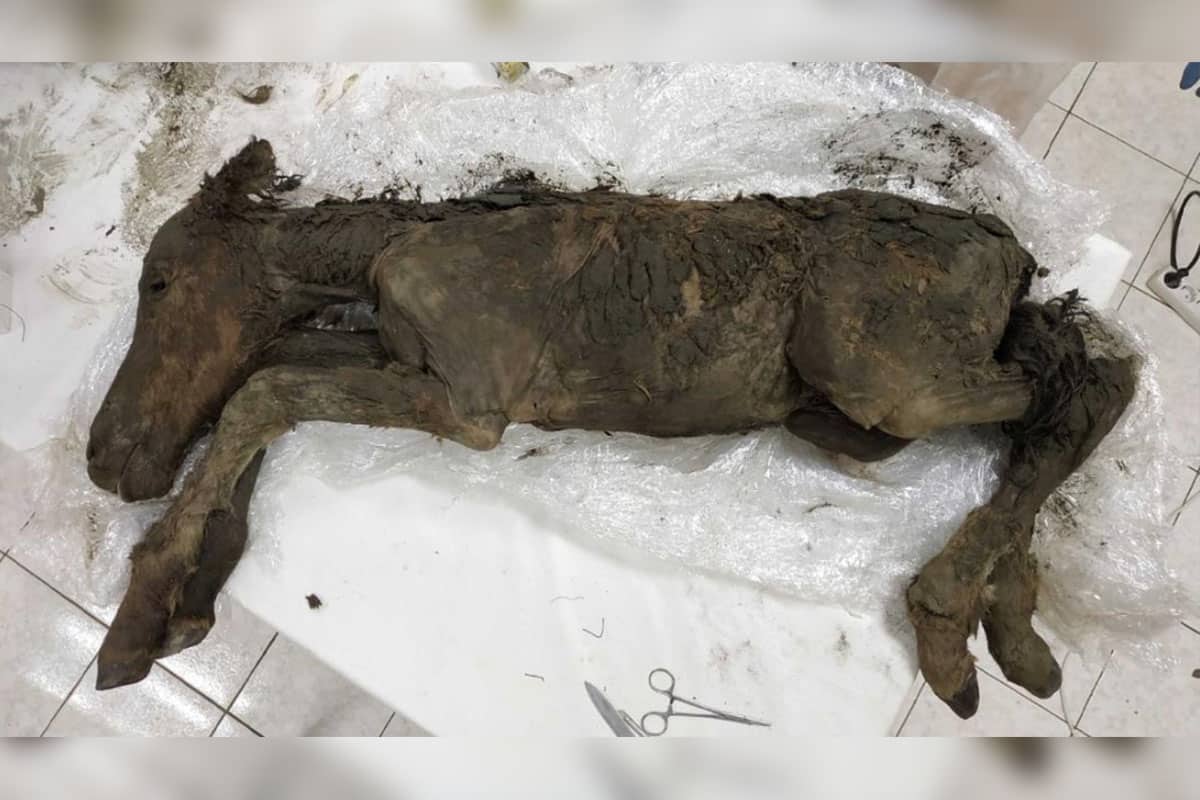 While the discovery of the foal and the extraction of its perfectly preserved liquid blood is impressive, Dr. Grigoryev and his team have ambitious plans for this extinct foal specie; they aim to clone its species back to existence.

Plan To Bring Back The Extinct Ice-Age Horse Specie

The discovery of the foal in the Siberian permafrost is the second time researchers have extracted liquid blood from the carcass of prehistoric animals.

The first case was recorded in 2013 when a 15,000-year-old female woolly mammoth was discovered by a group of Russian scientists led by Grigoryev and his colleagues.

It’s worth noting that the foal’s blood is 27,000 years older than this sample, and researchers have expressed hopes of cloning the woolly mammoth.

Experts like Love Dalén, a professor of evolutionary genetics at the Swedish Museum of Natural History in Stockholm, told Live Science that:

“Cloning is possible only when the original animal’s DNA is intact, and the majority — if not all — of the DNA in ice-age specimens is typically degraded into tens of millions of pieces.”

Although Beth Shapiro, a professor of ecology and evolutionary biology at the University of California, Santa Cruz, revealed that Dr. Grigoryev’s goal to clone the foal would be faced with many challenges just as with attempts to clone mammoths, he, however, believes that if enough DNA from the mummified horse’s remains can be recovered, scientists might be able to construct a genome sequence by comparing the DNA of the extinct foal to the genomes of living horses.

Vincent Lynch, an assistant professor in the Department of Human Genetics at the University of Chicago, also added that the chance of finding an undamaged nucleus with an intact genome, or even a frozen cell that could be recovered, “is astronomical.”

Grigoryev also expressed doubts about their chances of successfully cloning the foal.

In an interview with CNN’s Mezzofiore, he explained that:

“I think that even the unique preservation of blood is hopeless for cloning purposes since the main blood cells … do not have nuclei with DNA. We are trying to find intact cells in muscle tissue and internal organs that are also very well-preserved.” 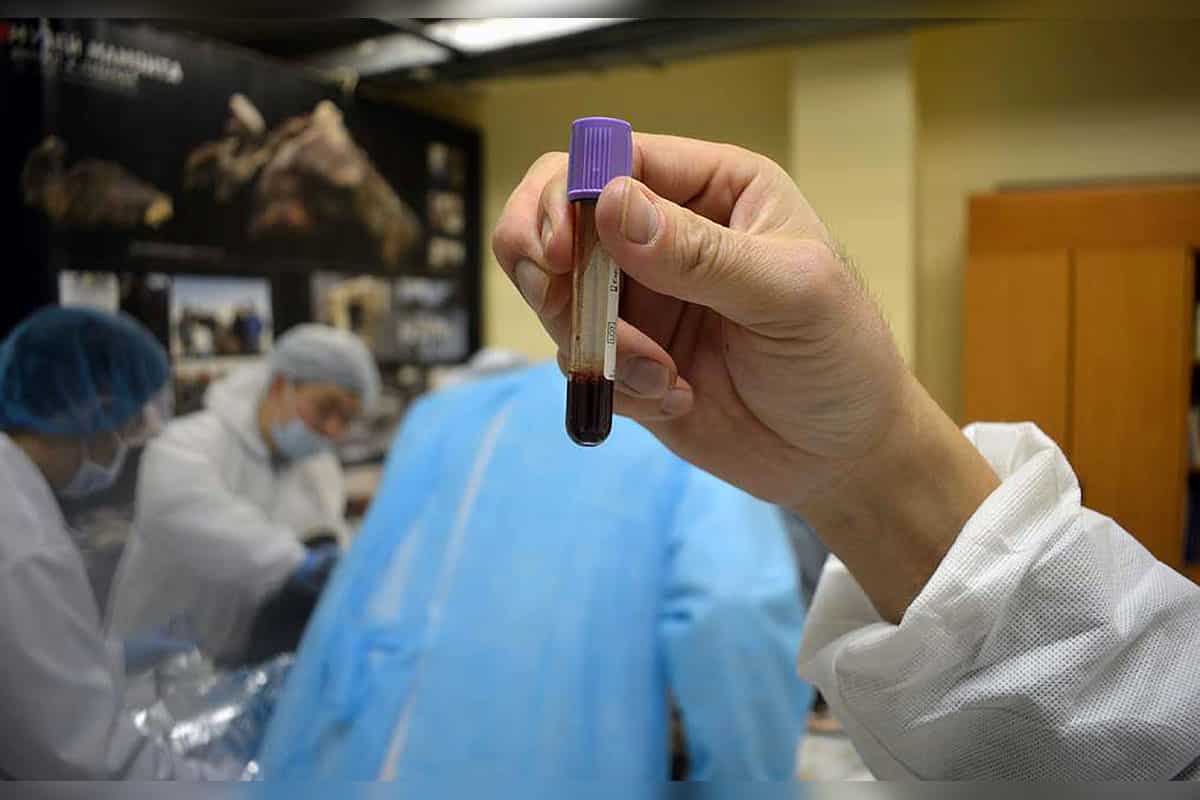 To clone the animal successfully, scientists would need to extract viable cells from the blood samples and grow them in the lab.

This task is easier said than done: According to a report by Siberian Times, Dr. Grigoryev and his team have made more than 20 fruitless attempts to grow cells out of the foal’s tissue over the past month.

Lead Russian researcher Lena Grigoryeva has remained optimistic as she claimed that those involved in the race to clone the extinct foal remain “positive about the outcome.”

The editor of the university’s corporate media, Michil Yakovlev, is confident that the team will successfully extract the cells required to clone the foal.

“Hopefully, the world will soon meet the clone of the ancient foal who lived 42,000 years ago.”

Although the foal’s Lenskaya breed has since gone into extinction, finding the right mother host for this project — which the team is already doing — could make the specie reappearance after 42,000 years.

Cloning extinct species garners traction and brings about a slew of ethical considerations, such as the cloned animal’s quality of life and concerns over thrusting it into an entirely new environment with different climate conditions, flora, and fauns.

However, the cloning efforts are already in progress, and if these researchers have their way, they may succeed sooner rather than later.