by Factionary 3 months ago2 months ago
13.6Kviews

With the limiting of normal day to day activities, people are left with no other choice than to enjoy the moment.

Amongst other media platforms, TikTok is the most popular as the social media platform provides a more convenient way to break the routine and have fun despite the pandemic.

Not only does the platform promote fun, but it also helps the world stay connected while maintaining social distancing.

While still getting used to the numerous benefits the platform offers, a group of Seattle teenagers set out to shoot videos in one of the locations revealed by Randonautica – an app that generates random coordinates for users to follow based on what they intend to do. 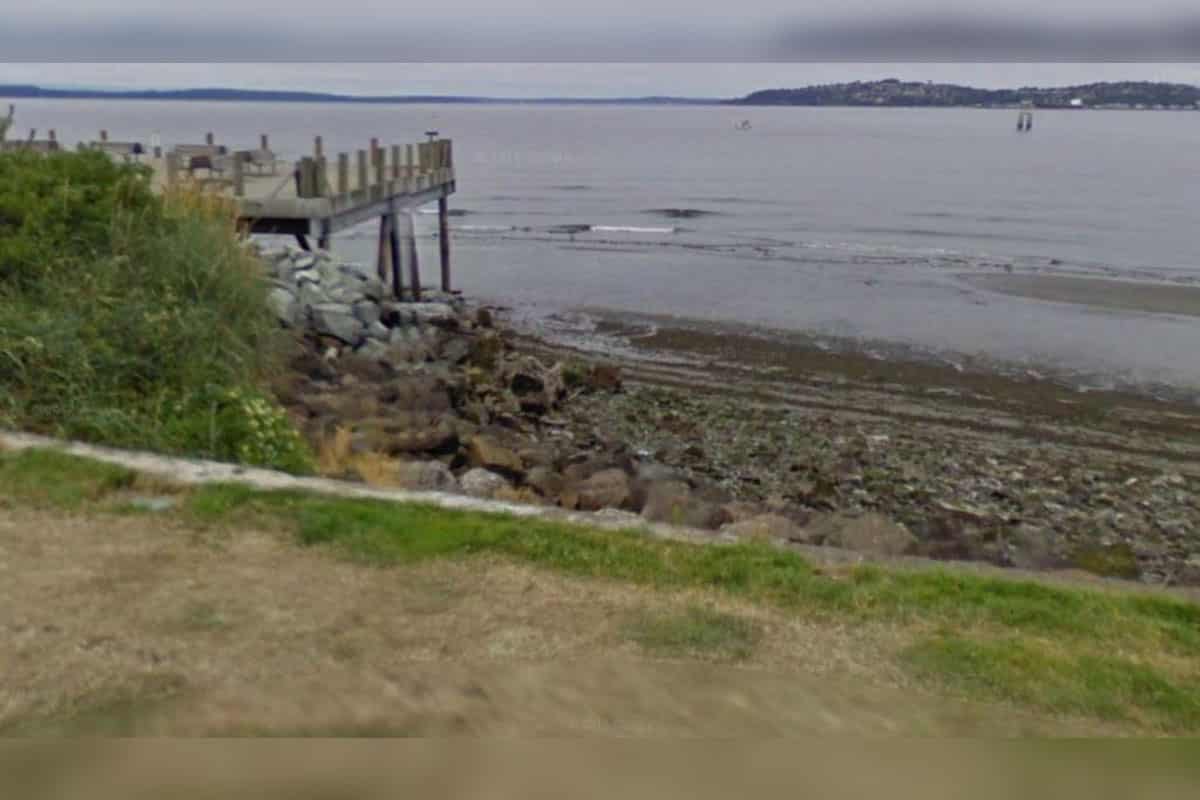 But unfortunately, what ought to be a fun-filled shoot ended up with a grim discovery when the teens discovered something unusual.

Initially, the kids found one suitcase on the shoreline near Luna Bay. They decided to open it to see its content. To their surprise, they found a stinking black plastic bag.

The teens alerted the police, and upon their arrival at the scene, the police found a second bag in the water nearby.

The following day, the TikTok user’ @ughhenry uploaded a video of her experience with the caption:

“Something traumatic happened that changed my life. We found this black suitcase. We were joking that maybe the suitcase would have money…(But) the smell was overwhelming.”

A captured footage of the video showed that the unaware teens approached the suitcase, thinking that it was filled with money. Upon opening it, an off-screen voice screamed, “Open it! It stinks, yo.”

The captured footage showed that one of the girls used a stick to open the suitcase, and she found a black plastic bag.

The Daily Mail revealed that one of the captions showed that the girls felt nervous and anxious.

From sighting the black plastic bag, the footage revealed one of the girls on the phone with the police.

While the unaware teens had only called the police to inform them of the suspicious discovery, none realized that the black plastic bag contained the dismembered parts of a human body until the video hit the internet.

Residents have revealed how fortunate the kids were as seeing the dismembered parts could scar them for life.

“We’re glad the video is out there. We spoke to the people involved and they corroborated some of the information. The kids found bag on the beach. It smelled, they called 911.”

“Officers got out there in about an hour and a half and then the officers did further investigation and then discovered that it was probably remains and called the detectives and the Medical Examiner’s Office.”

John Rodie of West Seattle said: “I was stunned and shocked. It’s frightening to think that there is someone out there that would do something like that.” 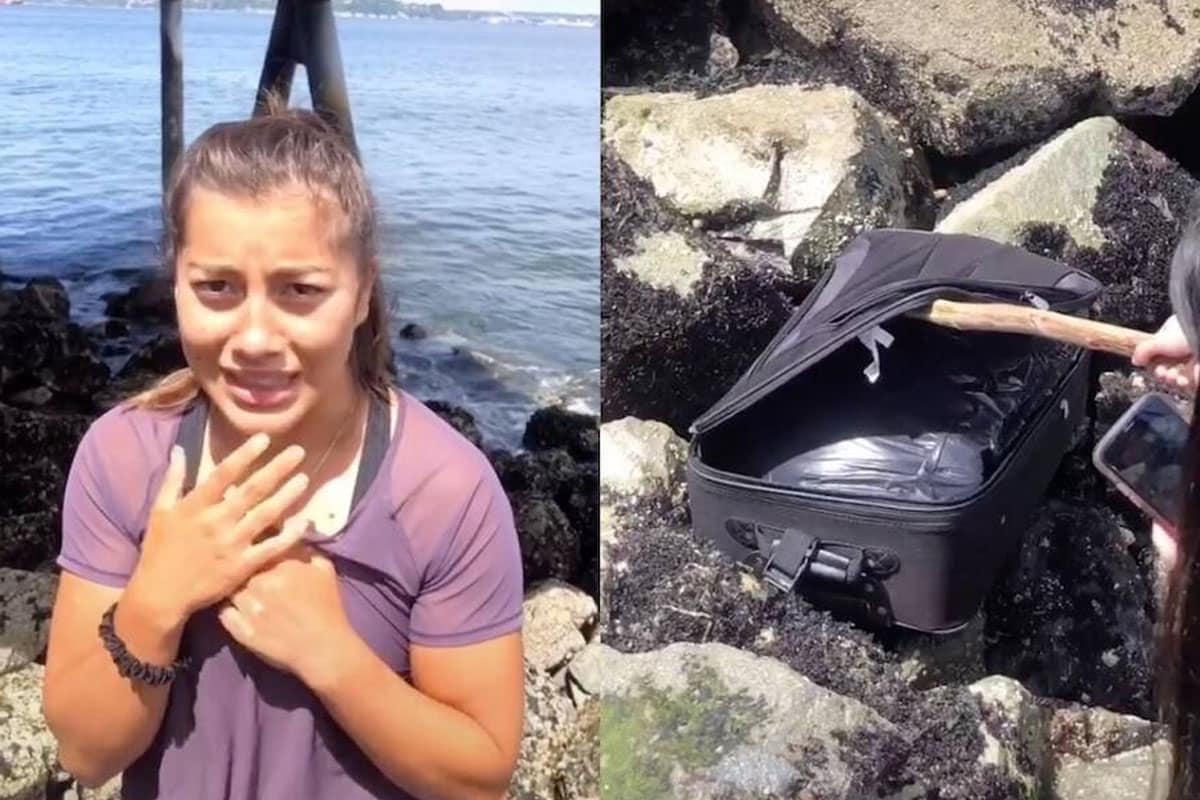 When the teens were asked how they got to find the human remains, the teens revealed that they found the luggage by following the coordinates sent by the Randonautica app.

In examining how the application works, detectives found that users are instructed to state their intention. The app would generate random numbers to produce a set of coordinates.

In turn, users are encouraged to explore the outdoor areas revealed by the coordinates and report back on the app to share their experience.

In an interview, the founder of the app, Joshua Lengfelder, revealed that there are two main parts to randonauting.

Exploring blind spots or places nearby that are outside of your conscious awareness and experimenting with mind-machine interaction; the hypothesis that consciousness can influence the distribution of random numbers.

Knowing how the application works, the detectives also confirmed that the teens were truly not involved in the murders, nor was the video staged.

The Inquiry Into The Unknown

The human remains in both suitcases were taken to the King County Medical Examiner’s office for analysis.

Detectives wanted to identify the deceased’ identity and the cause of their death as it was certain that their death wasn’t natural.

Few weeks after discovering the luggage, Seattle authorities identified the remains to be that of Jessica Lewis 35 and Austin Wenner 27, who had been shot days before.

Police revealed that Lewis died of multiple gunshots while Wenner died of a single gunshot. After this, their corpses were dismembered, chopped and scattered in the suitcases.

Since the incident, users have viewed the video for over 15.9 million times and have gotten over 3.4 million likes.

More so, the randonauting app has become very popular and has also inspired the Randonaut Challenge. Since uncovering the incident, no one has been held responsible.

Lewi’s aunt, Gina Jaschke, told the affiliate, ‘Lewis was a mother of four. She had only dated Wenner for eight years.They were nice normal people. Nobody deserves what happened to them. 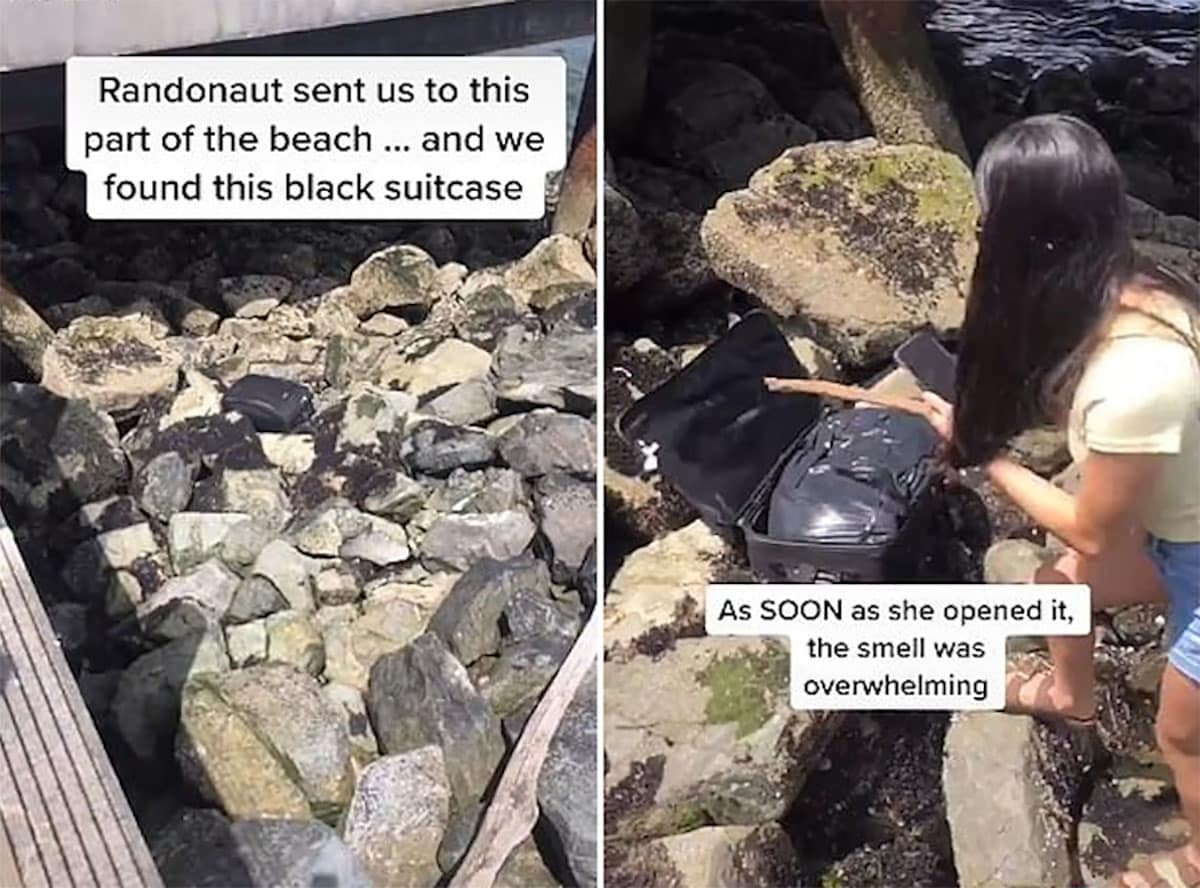 To fasten the process of finding the murderers, Gina opened a GoFundMe account to raise money used to reward anyone who finds the murderers.

In an interview with King5, she said:

“Somebody knows something. Whether it’s out of their heart they turn somebody in or out of the cash, it doesn’t matter as long as Somebody is held accountable for this.”

While family members have kept their hopes alive, one thing everyone is sure about is the fact that the teens had nothing to do with the murder of the duo; neither were they intentional about finding out the human remains.