by Factionary 7 months ago1 month ago
027.2Kviews

What is there scarier about a horror movie than reading that “based on true events” label at the end?

It’s what blurs the line between fiction and reality and lets you with an uneasy feeling after saying, “It’s just a movie…”

Well, if you agree with this, then buckle up: Stephen King’s “The Shining,” one of the classics of horror literature and cinema depicting an old hotel caretaker’s supernaturally-influenced descent into madness and murderous mayhem, is based on a real location: the Stanley Hotel, in Colorado.

Even though the events themselves of the novel and movie are fiction, the Stanley has many creepy stories on its own.

Built by the discreet and wealthy businessman Freelan Oscar Stanley in 1909, it has the reputation of presenting paranormal occurrences in every one of his rooms, the hallways, and, more recently, the lobby.

Join us as we explore the ten creepiest facts about this stately hotel, set in the Rocky Mountains of Northern Colorado.

After a shining start (get it?) and a few decades of having nearly no vacancies (to a reasonable extent because it was also used as a sanatorium for those with tuberculosis), by the 1970s, the Stanley Hotel was nearly a phantom itself.

According to Stanley’s website, “the hotel’s splendor had faded and it had gained a reputation for being haunted. It might have continued to fade and eventually have succumbed to the wrecking ball, if not for a fortuitous visit by author Stephen King.”

This visit, however, wasn’t ‘fortuitous’ at all. In later interviews, King explained how he was struggling with a novel set in an amusement park when he saw an ad for a hotel in the Colorado mountains and decided to stay and write there.

He and his wife Tabitha arrived at the hotel as the last guests of the season, as it prepared to close for the winter due to the low affluence and snow risks.

The setting, the nightmares, and probably some of the eerie experiences that later guests have had, gave him the material to write one of his most famous novels.

However, these experiences aren’t quite like twin girls in the halls and bloated corpses in the bathtub.

One of the most widely reported paranormal events in the hotel is the apparition of the former owners Freelan Stanley and Flora Stanley.

They are still around to check that their much-loved hotel is well maintained. Freelan Stanley is often captured in photographs taken by guests in the Billiards Room, where he loved to be.

Flora’s artistic abilities are suddenly demonstrated once again during the dead of night when she begins playing the Steinway piano that sits silently in the dining room most of the time. 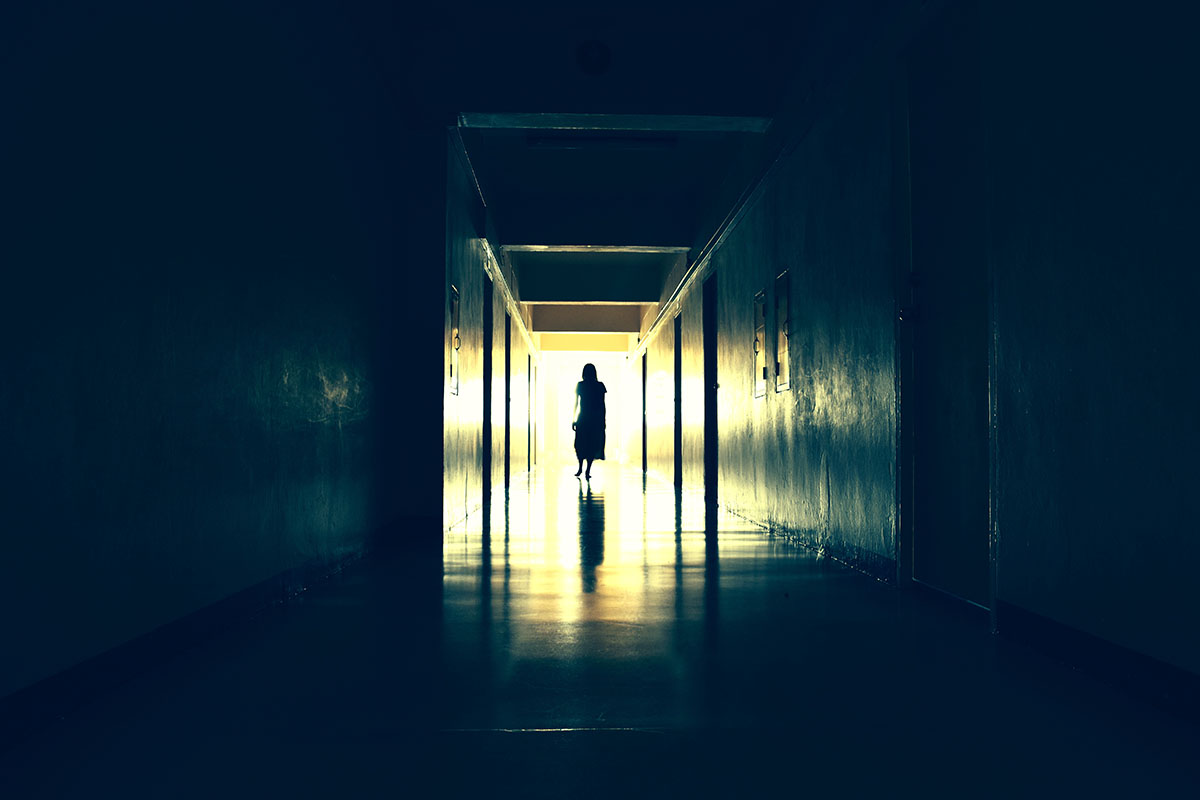 Another curious and frequent occurrence occurs on the fourth floor, where the laughter of children is often heard and their little steps running in the hallways.

When the surprised or annoyed guests of that floor stick their heads out of their rooms, they find an empty hallway.

Sometimes they will ask about it to the management, who may inform them that no children are staying in the hotel.

Perhaps one of the unique paranormal events to have taken place in the Stanley recently, however, is the photograph of a creepy (shrouded? decapitated? tin-foil-hatted?) figure standing at the top of the lobby’s staircase, which a guest took in 2016.

The man, Henry Yau, purposefully waited until the stairs were not used and took the photo using his iPhone’s panoramic feature.

That night he felt “strangely ill” and wasn’t able to sleep well: only after checking his pictures in the morning he noticed what he had caught on camera. 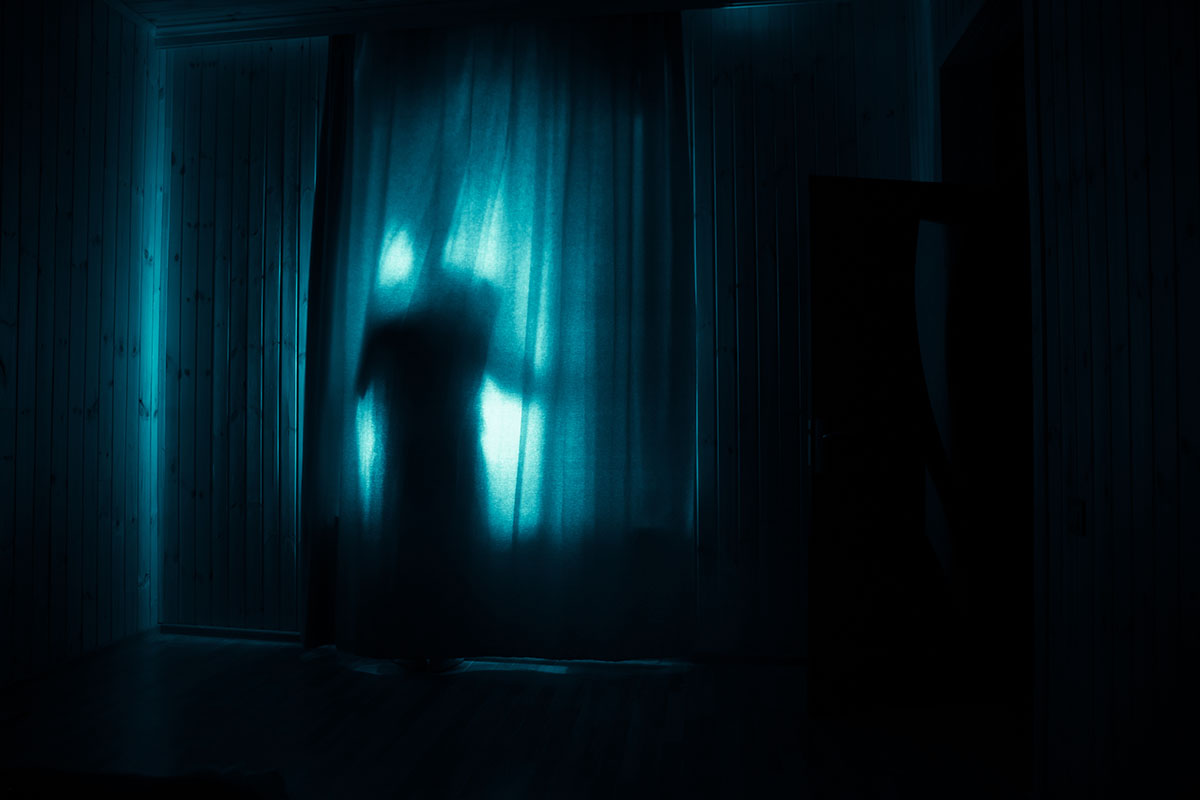 Other supernatural characters of the hotel are less eerily anonymous, such as Paul, an employee who worked at the Stanley between 1995 and 2005.

He died while leaving the hotel to go to the hospital after experiencing chest pains, and his soul stayed right where it parted ways with his body.

He continues enforcing the hotel’s policy of an 11:00 PM curfew, faintly whispering “Get out” to the guests that stay in the Concert Hall after hours. It is reported that he has even nudged some towards the door. 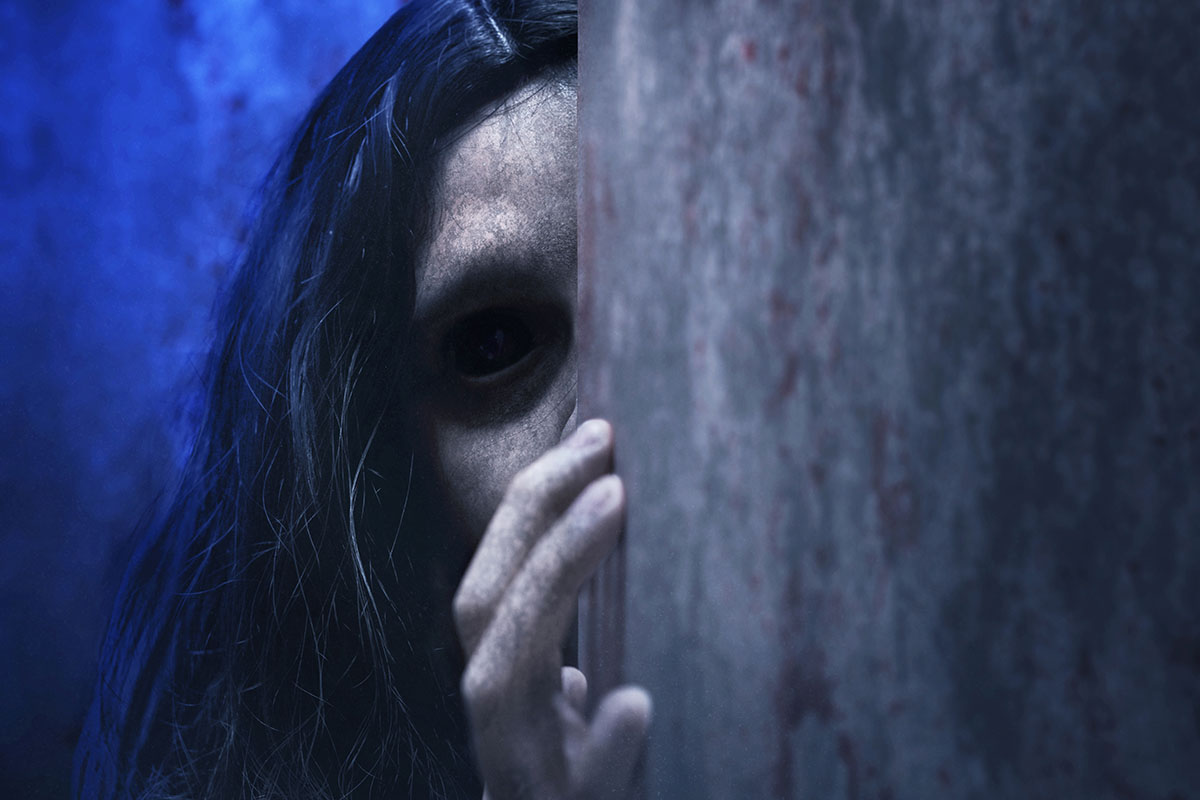 “Lucy” is another of the hotel’s ghosts with a known name, though not much is known about her past.

Hotel personnel and guests report that she likes to play around with the lights, trying to lift everyone’s spirits in the rooms where she’s in.

Stories speculate that she was a runaway girl thrown out of the hotel by former management, who froze in the wilderness while trying to get elsewhere.

However, rather than becoming vindictive, she likes to hang around the hotel, humming melodies and appearing in guests’ photographs. 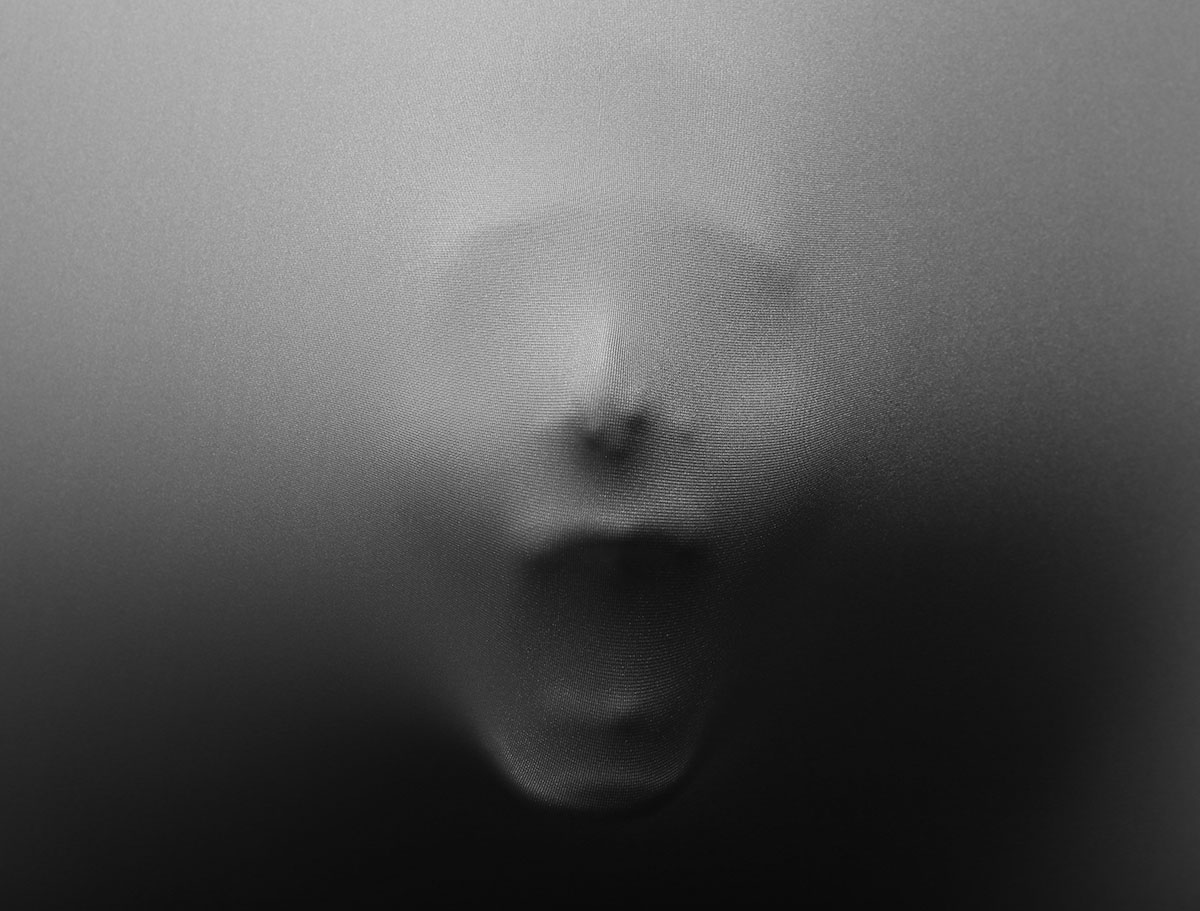 Not every ghost there is as bright and cheery, though. Another one was initially known as the “Stinky Man” as he liked to make himself understood by a very displeasing smell.

Since then, he has reformed (probably to lose the nickname) and smells better, having consequently been called just ‘Eddie.’

He still does some very unpleasant things, however, such as kissing ladies on the cheek or running his hand through their hair. 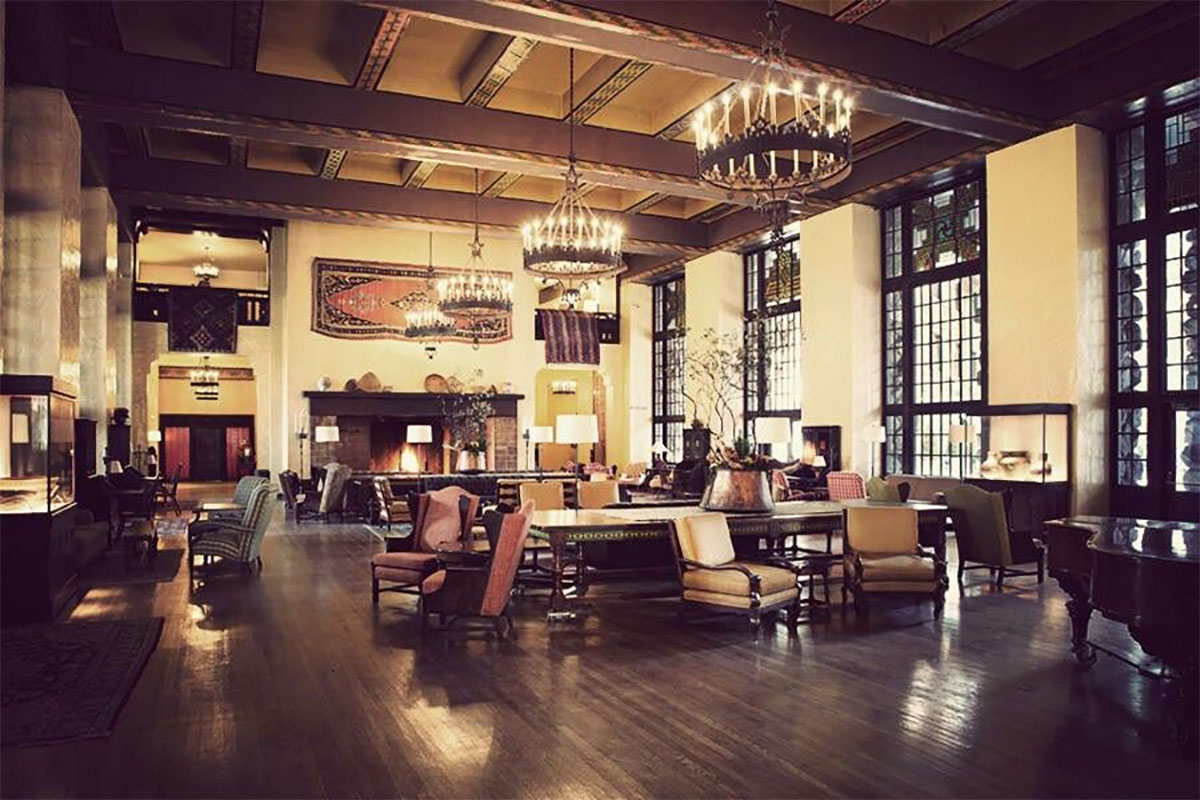 At other hallways and seemingly at random, more critical events also occur. Some report hearing the roaring sounds of parties that ended long ago, with jazz music and the deep laughter of hundreds or dozens of people resounding through the walls.

As with the giggling children of the fourth floor, however, these sounds seem to disappear as quickly as they came, reminding the guests of that photograph at the end of The Shining, where the protagonist appears depicted in the middle of a party in the 1920s.

However, for all its strange and creepy happenings, the management of the hotel swear by the friendliness of their ghosts.

If you stay there, you’ll hear the managers and staff frequently explain to you that there have never been reports of actually evil things happening in the hotel or of ghosts hurting or purposefully scaring people.

One is compelled to believe them since they work and sometimes live there and probably have encountered more paranormal events than anyone else. And yet, still…