by Factionary 10 months ago2 weeks ago
020.6Kviews

On the internet, there is a new-wave form of horror stories. They are told as real-life accounts of encounters with monsters that lack explanation and are often inspired by strange pictures or altered photographs.

They are called “Creepypastas,” a mutation of “copypasta,” or a copied story and shared many times with no attributed author. None of these are more prolific and terrifying than Slender Man.

Slender Man has inspired a vast array of media, and like all media, it has lent an influence down to its viewers.

In 2014, two girls believed in Slender Man so much that they tried to murder one of their classmates.

They were ordinary girls who never did anything wrong before, and they changed in the worst way all because of this character.

How did this happen? What did Slender Man do that turned two girls from rural northern Wisconsin into psychotic would-be killers? 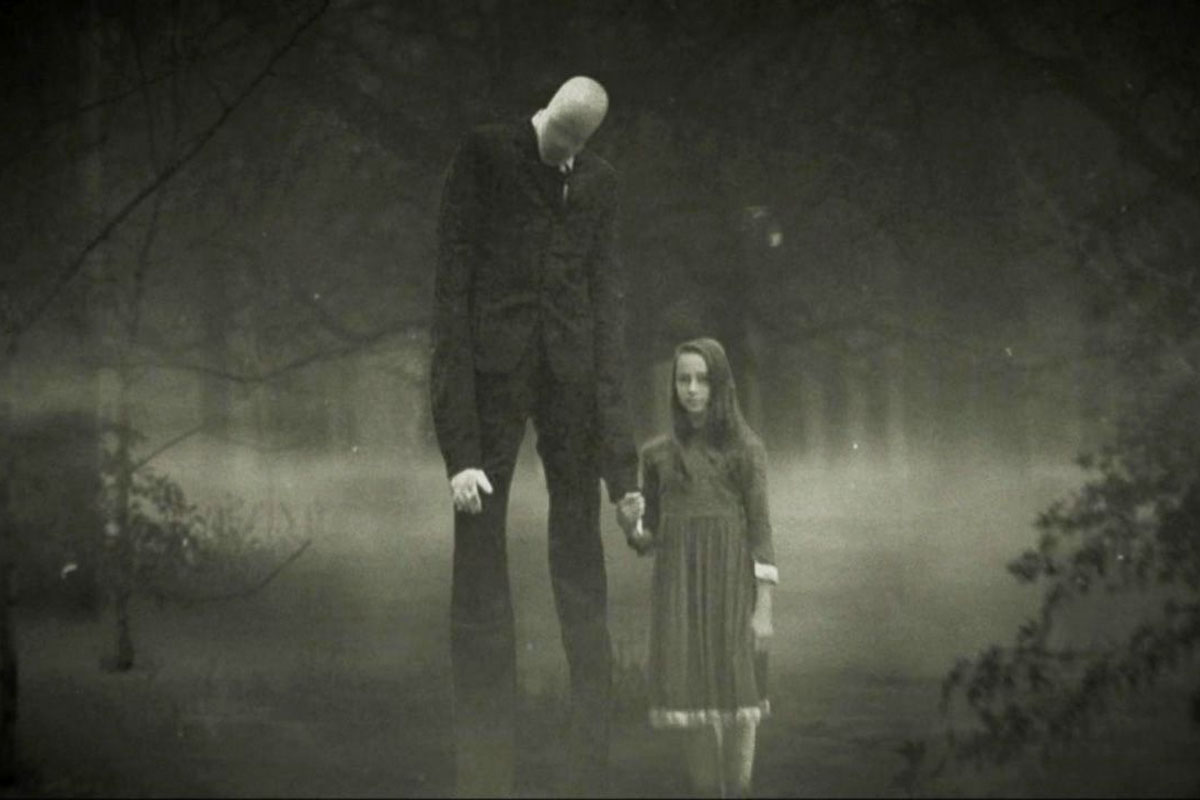 In Waukesha, Wisconsin, a distant rural town without any stories, two 12-year-old girls committed a terrible crime. In 2014, they took a classmate out into the woods and stabbed her 19 times with a knife.

Their victim survived, and when questioned, the girls both made the same comments. They were doing it for Slender Man. They claimed it was part of a ritual that would give them his powers, saying they would be his “proxies.”

The girls were tried as adults. Initially, they were both deemed mentally unfit for declaring to have conversations with a fictional character.

For one of the girls, it wasn’t her first time. She had similarly given accounts of conversing with Voldemort, the villain from the Harry Potter series of books and movies.

Once they were declared legally competent to stand trial, they were sentenced to heavy terms in jail and mental health hospitals, respectively.

Once news spread of the attack, Slender Man took the public eye as the new icon of moral panic. The creator broke the silence and gave his sincere best wishes for the affected family, and has not spoken out about it since then.

Because there was no central source, there was no accountability. Slender Man had, effectively, get away with leading two young girls to a path of madness and evil.

There was no Charles Manson figure instructing them. They were victims of their illness, fear, and internet sensationalism. They believed it was all real.

7 /10 The Beginning Of Slender Man

The earliest existence of Slender Man can be traced to the internet forums Something Awful. He was created by a user named Victor Surge for a photoshop contest where a short story was attached to a horrifically altered image.

His image consisted of a humanoid figure in a suit with long arms and a slender build, and no facial features. That image created a monstrous phenomenon.

In the following years, Slender Man became a massively popular monster figure. People wrote about it, made their disturbing images to capture his likeness, and collaborated to create all sorts of media about him without prompting or compensation.

It had the opposite of a haunting effect. Instead, people were fascinated with this creature and his mysterious powers.

As he grew in popularity, his powerset grew in proportion. A mythos arose out of the many voices that came together anonymously to settle on just what the Slender Man was and what he did and why he did it.

They were still fluid enough to be altered by the author, but one thing remained constant: his visual design.

He would hunt anyone who saw him until they were alone. Then he would either kill them or change them, turning them into agents of his sinister plans. His “Proxies.”

In 2012 a video game was released titled Slender: The Eight Pages. It became massively popular, with over 2 million downloads within a month, attributed to Let’s Players like Pewdiepie and Markiplier recording themselves playing the game.

Their young fanbases were exposed to this piece of nouveau horror very early, perhaps earlier than they should have been.

They became attached to the Slender Man myth after watching their online idols screaming in fear over the character’s digital representation. The killers were, likely, part of this group.

It included realistic posts from a Twitter account, turning the entire project from a video series to a convincing ARG or Alternate Reality Game.

People believed that it was real because it was treated like it was real. And because people thought it was real, they did something about it.

After that incident, more followed or happened concurrently. Another young teenage girl set her house on fire after reading websites about Slender Man.

Young people in the Pine Ridge Indian reservation of the Sioux tribe committed suicide in surprising numbers, with elders drawing reference to a “suicide spirit” of their myth resembling Slender Man.

A documentary was made about the stabbings. Despite all of that, Sony kept moving forward with a movie project with an eerily similar story and scenario as the stabbings themselves. The film was widely protested as a result.

After the release and subsequent low reviews and performance of the Slender Man Sony movie in 2018, all ongoing or potential fan projects have been silenced.

There have been new internet-created monsters to speculate and draw inspiration from in that time. Further adaptations are being made of those creations.

Recent horror stories are continually being told, some to capitalize on the sudden success of Slender Man from years back and others with the same simple, unique passion that made the first creature so iconic.