by Factionary 3 months ago4 weeks ago
4.4Kviews

Imagine their surprise, when a family strolling along a South African beach, stumbled upon a rare sight. They found an intact giant squid washed ashore near Cape Town.

The giant squid was found in Britannia Bay, a small seaside town on the West Coast of the Cape Province.

The town is named after a British East Indian Company ship that ran aground on a reef in the bay.

There had been rough seas the previous night, and it is thought that the colossal squid had been washed up onto the beach by the huge waves. 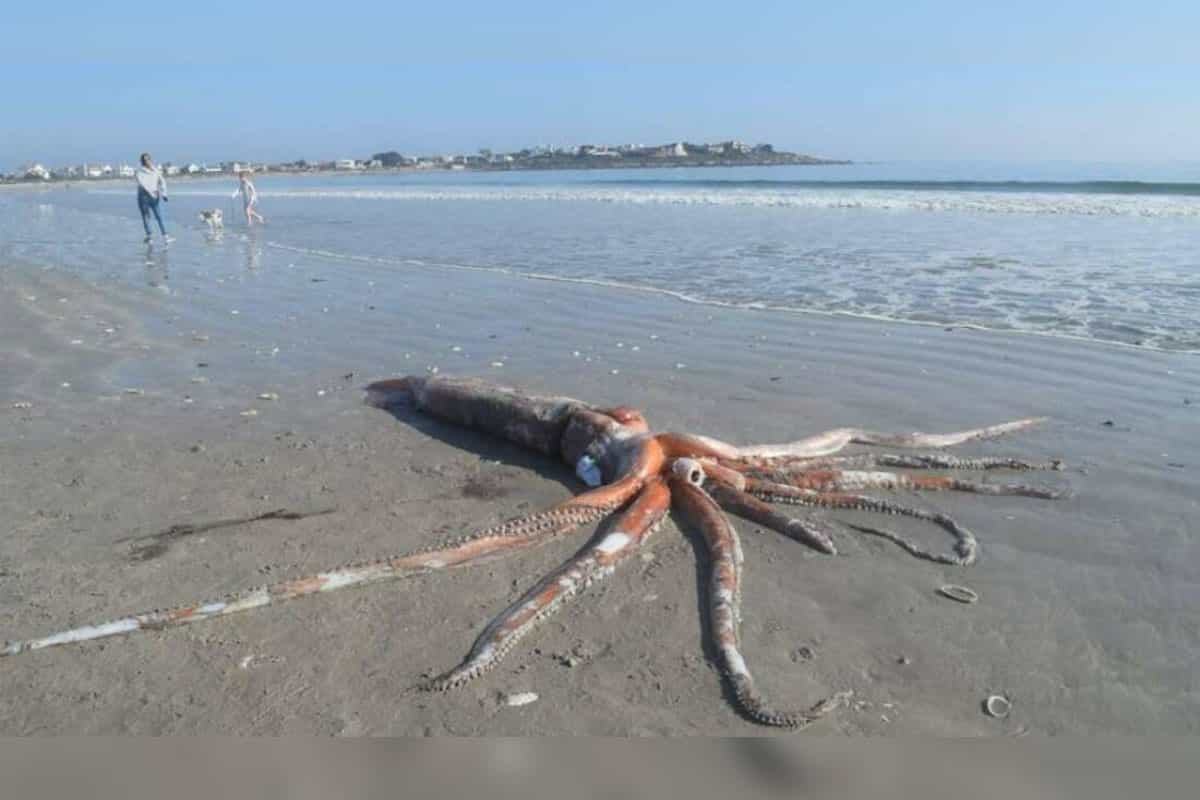 “We looked for bite marks or injuries but could not find anything,” Grosse explained. With no marks on the squid’s body, it is impossible to be sure why it had been beached.

“Honestly, it looked like a majestic prehistoric animal,” exclaimed Adele Grosse, who discovered the animal.

At first, the squid was still breathing.

Richard Davies, a local man who also went to observe the giant squid, described how sad he felt as he watched the creature dying.

“It was still pumping out ink and I touched one of its tentacles which sucked onto my hand and I had to use some force to remove it,” he claimed.

Davies tried to return it to the water, but it was too heavy to move so he left it to “die in dignity.” Photos of the animal were soon circulating on social media.

At first, no-one was sure what type of marine animal it was.

Davies searched for information on Google and they all realized that they had made an amazing discovery.

Ancient mariners told tales and drew sketches of giant squid, but most people did not believe the stories.

Instead, they presumed that it was the myth of the Kraken, recorded in Nordic folktales.

The discovery of this giant squid, in perfect condition, proves beyond doubt that they not mythical creatures.

The existence of giant squid was only verified by the scientific community about 150 years ago when there was a sighting in 1848 near St Helena Island, off the African coast.

Marine Biologists from the Iziko Museum recovered the giant squid and plan to take advantage of this rare event to study the animal.

Dr. Florence and colleagues will use tissue samples for DNA analysis. It will later become part of the natural science collection at the museum.

Giant Squid, in their natural habitat, were captured on video for the first time seven years ago.

They usually live about 3 200 feet below sea level and are rarely found whole.

A living giant squid has never been caught, and sighting of these mysterious monster cephalopods is extremely rare according to IFL Science.

Scientists still have much to learn about giant squid.

The full genome of the species was only recently sequenced. Astoundingly, it revealed that they are extraordinarily intelligent.

One of the museum’s curators, Dr. Wayne Florence, explained that these giant squid live in all the oceans of the world, except close to the tropics, and the North and South Poles. 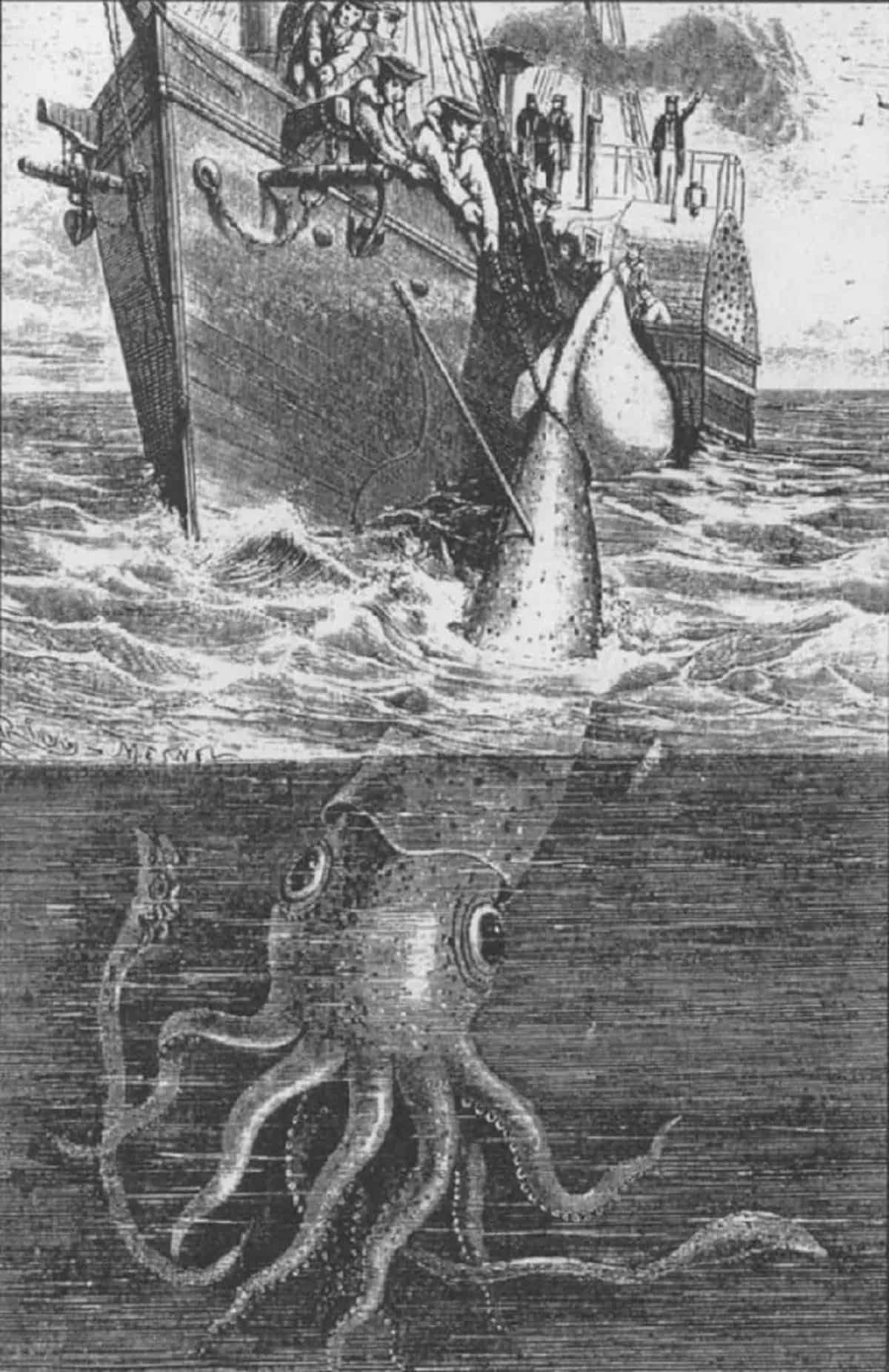 He is understandably very excited about having a whole specimen to examine.

He said that, unlike other large animals, giant squid grow at a very fast rate, but only live for about five years.

An analysis of the beak and its annual rings are good indicators of age, but they have to be dissected first.

The Britannia Bay giant squid’s near-perfect condition is an extremely useful step in the journey to understanding these amazing creatures.

It is estimated that the squid was around 13 feet long and weighed about 660 pounds.

It is believed that it had not yet reached adulthood.

Giant squid are known scientifically as Architeuthis dux and, according to research, can grow to as long as an articulated bus (18 meters).

He was very excited about this discovery because there have been very few sightings in South Africa.

According to him, the largest squid to ever be found in South Africa was 30 feet long.

It was beached in 1992 and kept at the museum for studying purposes.

The Iziko museum is 200 years old, but the first beached specimen of a giant squid that they acquired is from 1972.

Usually, giant squid that have been found are in poor condition, being decomposed, eaten by scavengers or broken into pieces by storms.

The first thing you notice on this enormous creature is the giant eyes.

They are a foot long and the largest of any animal. 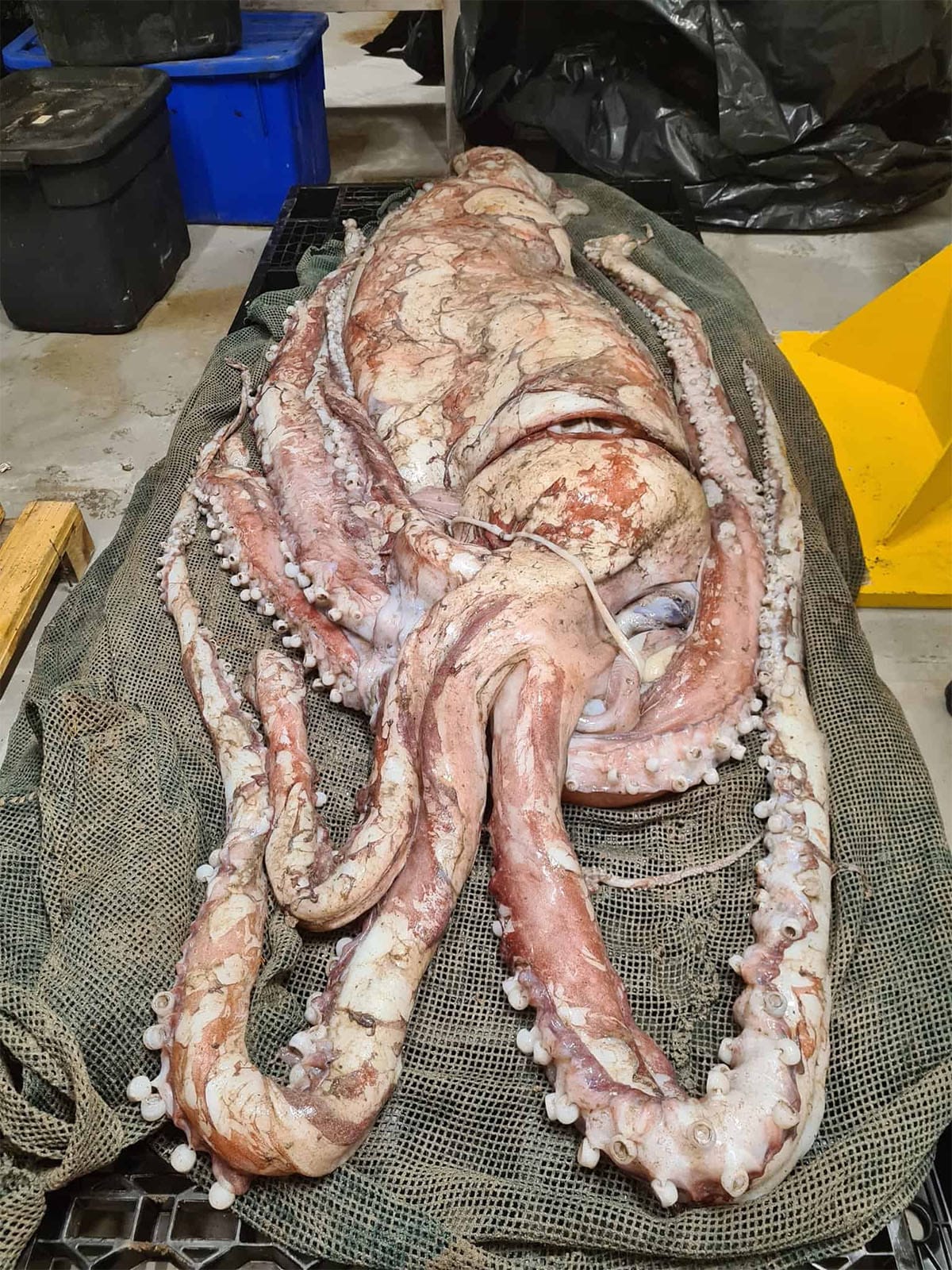 The big eyes allow more light to enter, and this is vital for squid to be able to see its prey in the murky depths of the ocean.

Although the squid is large, their predators are also big.

These unusual sea creatures have eight arms and two long feeding tentacles that can be twice its body length.

These tentacles are covered with powerful suckers – each ringed with teeth, which they use to catch their prey.

A giant squid can quickly seize prey up to 10 meters (33 feet) away.

They are carnivores and dine on fish, squid, octopus, cuttlefish, and other marine life.

The oesophagus of the squid is situated in the middle of its brain, so it has to consume bitesize pieces for them to pass through the brain.

Its food is cut into pieces by a sharp beak in the centre of the base of its arms, and a toothed tongue inside the beak grinds it for ease of swallowing.

There is still so much for us to learn about these incredible marine creatures and we can only hope that there wasn’t a sinister reason for the beaching of this enormous creature.

Scientists are grateful for this discovery because they have a unique chance to observe a true denizen of the deep.