by Factionary 4 months ago1 month ago
21.9Kviews

A 52-year-old Marvin Heemeyer of Granby, Colorado, was a muffle repairer who owned a small chain of muffler shop at Grand Lake.

In 1992, he bought land and built shops, but after a while, he leased some of the shops to other operators, leaving one for himself.

Marvin was generally loved by everyone, and he was known to be one who would go any length to secure the happiness of others. However, he had a toxic trait that involved doing anything to destroy whoever he saw as his enemy.

Years after establishing his business in the city, a family (Docheff) who owned a concrete company approached Marvin for business. 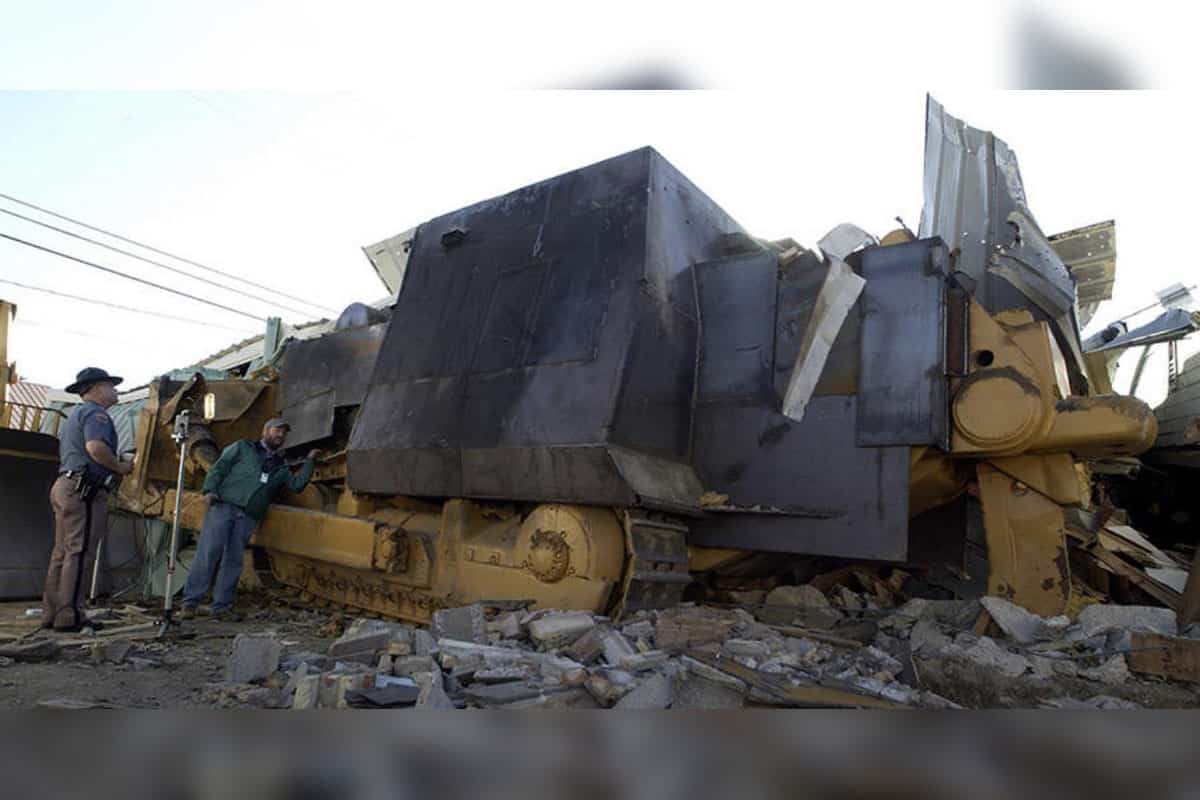 The family had asked Marvin to sell his last muffler shop to them to build a concrete batch plant on the land. Although Marvin agreed to sell the land, he found it difficult to agree with the company on a suitable purchasing price.

A public record revealed that Marvin had bought the land for $42,000. Still, since land appreciation is inevitable, the Docheff family promised to buy the land for $250,000.

However, negotiation became unstable when Marvin raised the price to $375,000 and, at a later time, raised it to $1 million.

Rather than wait for Marvin to get over his indecision, the company went to the city council and requested that the council rezone the land surrounding Marvin’s shop.

In an interview with the Sky-Hi News, Susie Docheff revealed:

“I just think he set things up to the point where you would have to say no. He probably set you up to say ‘no’ just so he could get mad at you.”

It was known to everyone that Marvin had been using the surrounding land for over nine years as a shortcut between his muffler shop and his home.

So zoning the land for the construction of a concrete plant would cut off the only route to his shop. Initially, Marvin had tried all he could to ensure that his interests were protected in the rezoning process.

Still, his fears became a reality when the town zoning commission and trustees approved the rezoning request in 2001.

Asides hindering his means of income, the council also fined him for not having his shop hooked to the sewer line and for the ‘junk cars’ on his property.

With a pronounced optimism, Marvin appealed the decision and also gathered signatures to petition against the plant, but all were dismissed.

He also bought a bulldozer to build a new road that would make it easy for people to access his shop, but the council disapproved of his plans.

All his efforts yielded nothing, and that made a lot of people to suspect a suspicious dealing between the Docheff family and the city council. Since there was no evidence to back the claims, no one could do anything.

While many had thought that Marvin would keep petitioning the council until he gets a desirable response since he was known to be a man of logic, Marvin did what no one could have ever imagined.

Marvin paid his fine and sold his property to a trash company. The trash company had given Marvin six months to evacuate the property, so he used that opportunity to proceed to his plans. 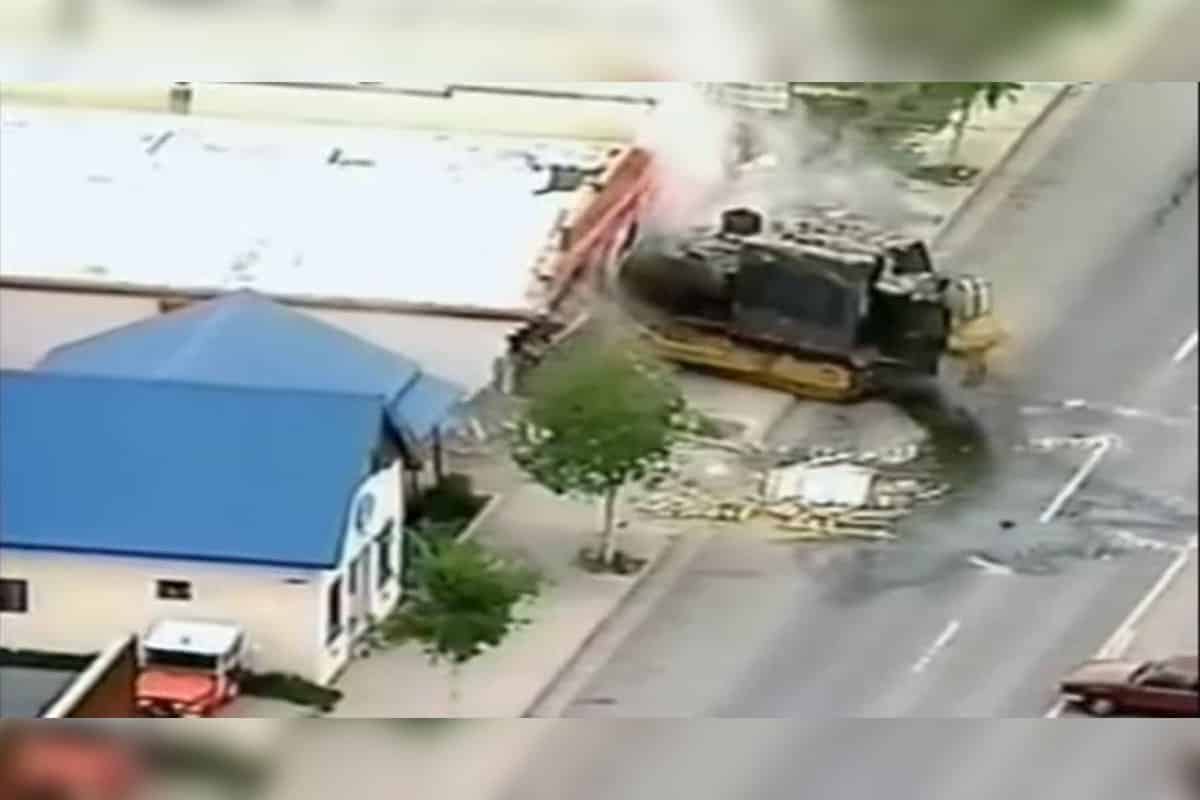 From A Bulldozer To A Killdozer

Marvin brought out the bulldozer he had purchased earlier to create an alternative route for his customers and began to make some modifications.

He aimed to use the modified bulldozer as a weapon of mass destruction.

He began the modification process by adding home-made armor to the Killdozer to protect the engine, cab, and parts of the track.

He installed a video camera, covered by bulletproof plastic for visibility.

He also installed three gun ports with a .50 caliber rifle, a .308 semi-automatic, and a .22 long rifle around the control center.

An air tank to provide air circulation was also installed as well as a stockpile of food and water.

Authorities revealed that Marvin had built the Killdozer so that it would be impossible to get out once he’d sealed himself inside.

Marvin used up to a year and a half to construct his weapon of destruction, and during this time, he documented his progress through handwritten notes and audiotapes.

On the 4th of June, Marvin sent his audio tapes to his brother, went to his shop, and climbed into the Killdozer.

He lowered the steel shell onto the top of the bulldozer and sealed himself in.

A few minutes past three, Marvin drove out of his shop through the wall, plowed through the Mountain Park Concrete plant, then into the Townhall to a newspaper office, a hardware store, a former judge’s widow home and other homes.

Cody Docheff stated how he had tried to intercept Marvin but had to withdraw when he fired upon him.

In his rampage, Marvin crushed buildings, multiple vehicles, and a police SUV. In two hours, Marvin Heemeyer had damaged 13 buildings.

“I think the thing that drove me is that I knew that killing him behind the wheel was the only way we were going to stop this thing.” 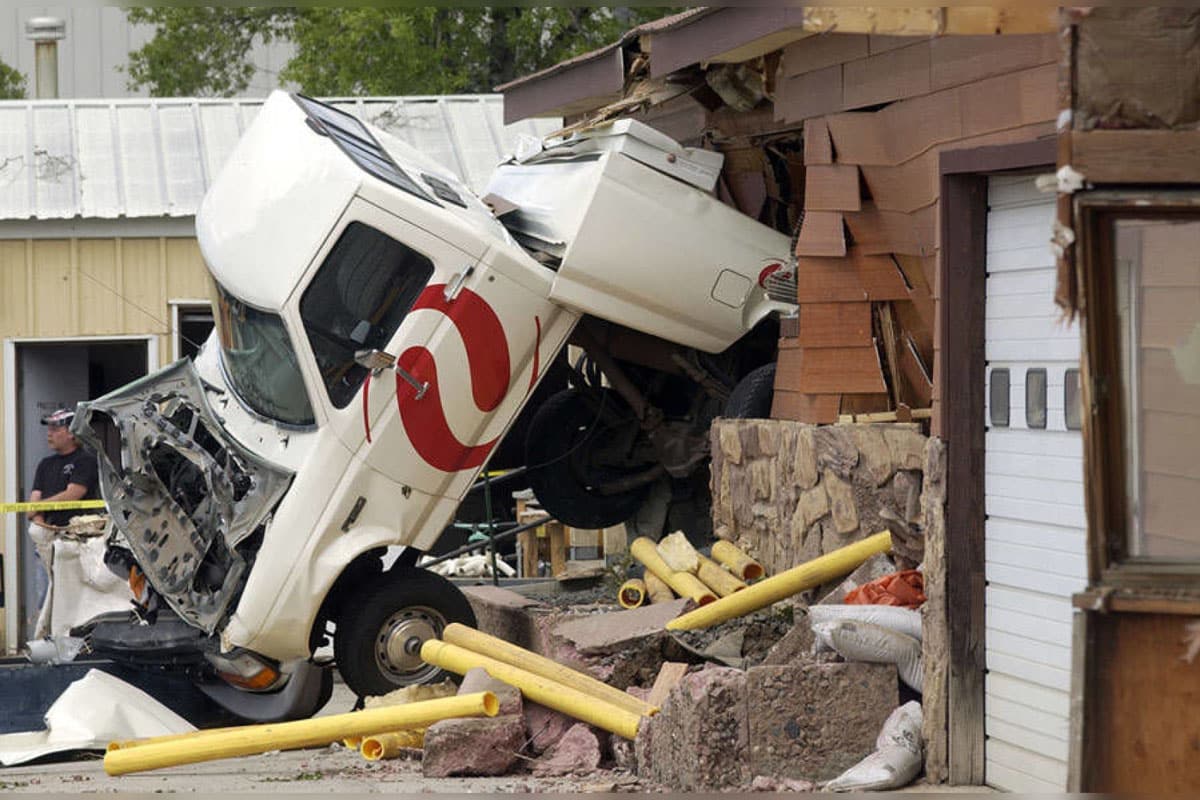 The severity of the damage caused the governor to consider authorizing the National Guard to attack Marvin with an anti-tank missile and Apache helicopters.

However, the attack wasn’t carried out because the Killdozer stopped when Marvin crashed into a hardware store.

The Killdozer could not power itself because it got stuck in the foundation of the store. As the engine stopped functioning, the SWAT team surrounded the Killdozer.

However, Marvin shot himself in the head before the team could reach him.

While investigating, authorities realized that Marvin only went for the business and homes connected to his plight against the Docheff’s family and the Town Council.

Despite the destroying properties worth $7 million, no one was injured or killed. Marvin only destroyed properties that meant a lot to the people who negatively impacted the result of the case.

Although the reverse 911 system had been used to notify residents of the danger so they could vacate the vicinity, some witnesses believe that lives would have been lost if the system had not been in place.

It took officers several explosives, an oxyacetylene torch, a crane, and 12 hours to open the vehicle.

After the incident, groups that idolize Marvin and his fight against the corrupt system rose to celebrate his efforts and ingenuity towards keeping the lives of people safe despite the rage.

To prevent Marvin’s admirers from getting the vehicles mementos, the Killdozer was dismantled, and its parts were scattered across scrap yards.

The incident has aroused questions from many people. Whose fault? The corrupt and insensitive city council or a man who allowed the trials of life to get to him.