by Factionary 2 months ago1 week ago
39.6Kviews

When you think of teacher, the image of a role model comes up to mind. Being a role model, in reality, is a tall order.

In most cases, a role model has to have all right attitude, uphold higher moral values, and be creative without breaking any rule or social norm.

We tend to forget that role model is often associated with perfect human being, and no single person is exactly like that in this world.

Teachers too are human with all their personal preferences and most certainly imperfections. They are ordinary people who make mistakes, have hobbies, political views, ambitions, and sometimes bad habits.

Students like good teachers capable of delivering educations and lessons in effective yet entertaining way, even more so if those educators are good-looking.

When they are exceptionally good looking, however, students perhaps like them for all the wrong reasons.

Instead of being a role model, such teachers are on the brink of becoming distractions to the educational purpose.

Some teachers (and former teachers) in the following list are indeed potentially good role models, while others are a little bit too extreme. 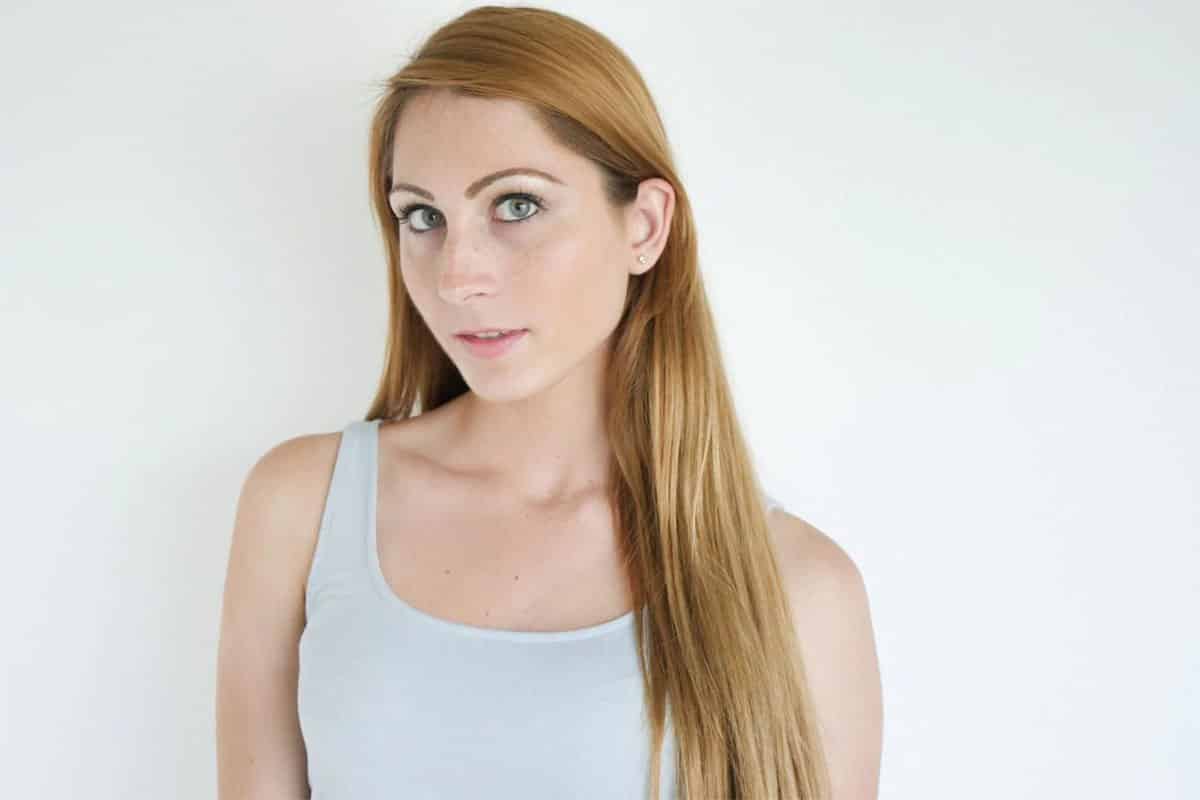 A former teacher at a Christian kindergarten, who still is in her mid-20s now, was fired from the job following a discovery that she took a side job as an adult movie star. 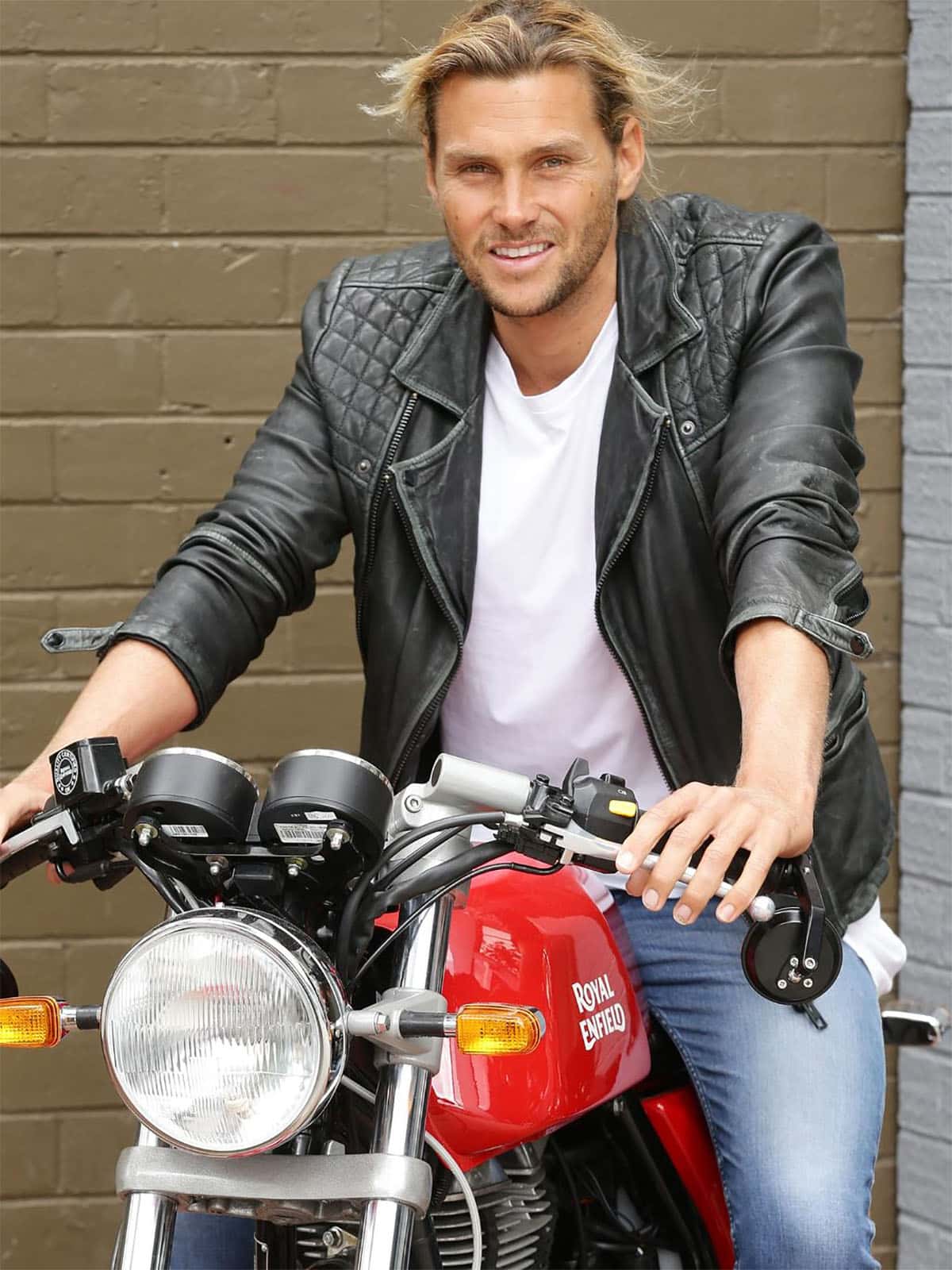 In case you have been a loyal observer of the modeling world, chances are you know Rhys Uhlich from his appearance on Australia-based Channel 7’s Make Me a Supermodel (2008), which he actually won.

Some people disliked how Uhlich, who also was a teacher when the show aired, made some raunchy pose on TV.

In one of the scenes, he reclined on a couch wearing only pair of swimmer with a female contestant in a bikini.

Some (if not many) of his students probably watched the scene too.

Despite an outcry from some people, the Sacred Heart Primary School in Melbourne has pledged support for their physical education teacher. 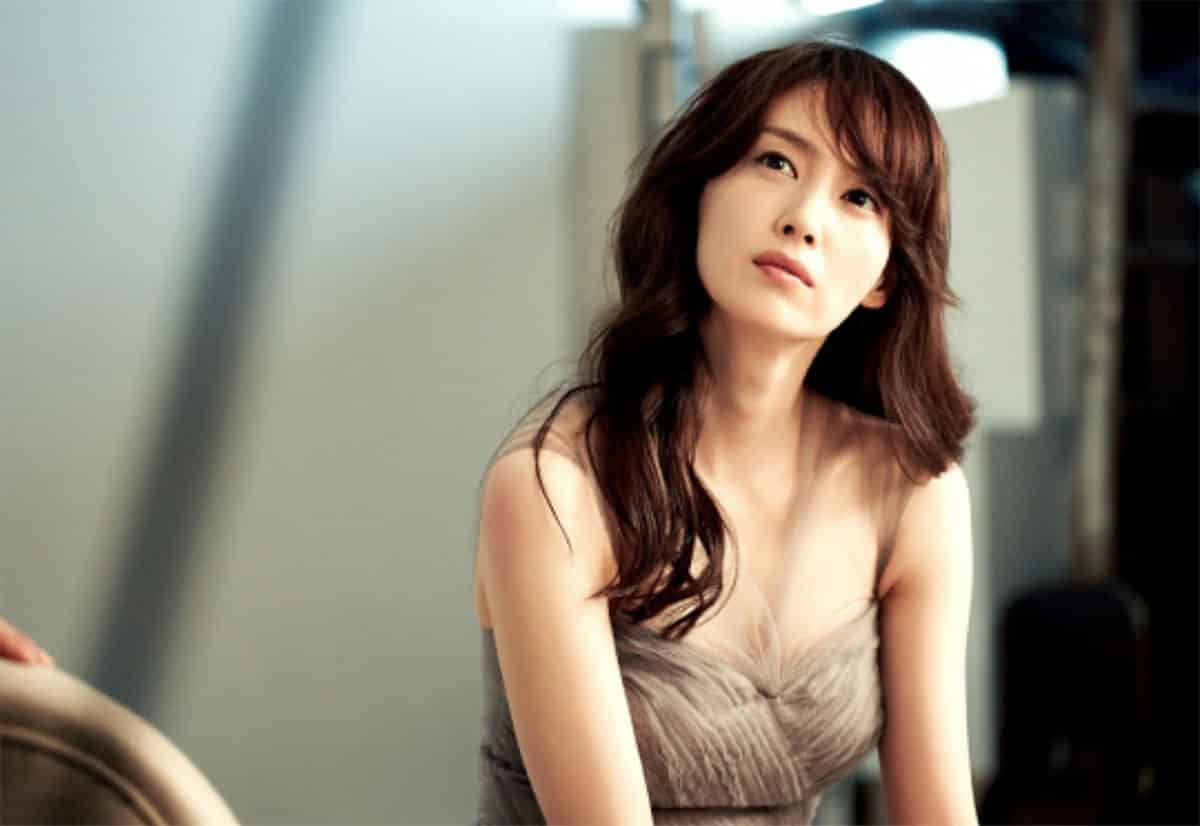 Regarded as “the most beautiful teacher in all of Korea” must be pretty impressive for Lee Nayeong.

Once a participant of Miss Korea contest and actually made her way to the preliminaries, she ended up as a teacher in an all-boys school.

She became famous thanks to some random people who found her social media accounts and re-posted some of Nayeong’s photos.

With teacher who looks as beautiful as she is, the school probably has the highest attendance level anywhere in the world. 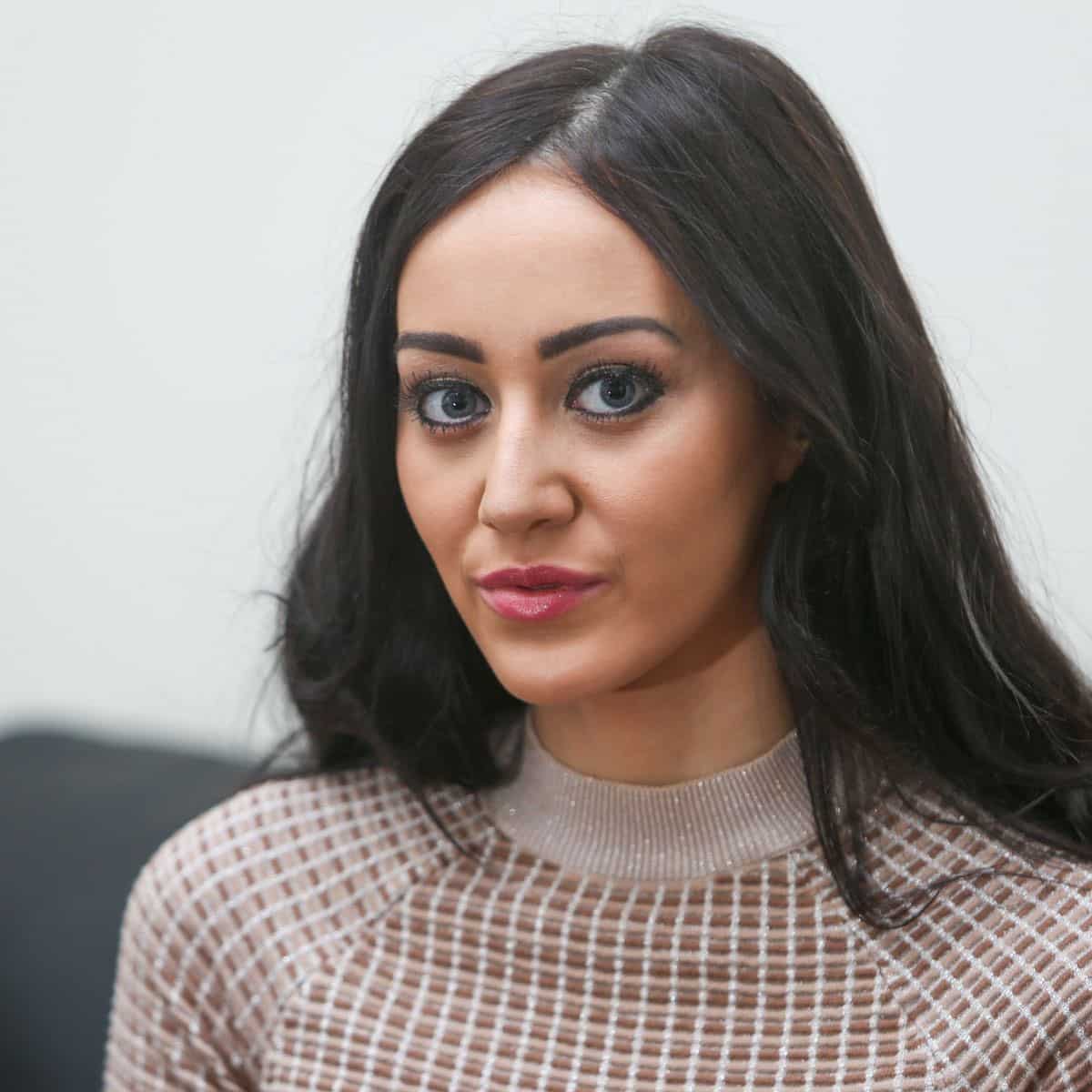 After landing a job as teaching assistant at the UK-based Bloemfontein Primary School in County Durham, it seemed that some people just couldn’t stop digging information about Gemma Laird.

At the school, she primarily worked with students aged five and six.

She was fired by the school board after some parents reported photos they found on her private Facebook page.

Apparently she was also working as a lingerie model online. The school had to let her go just a week after taking Laird in. 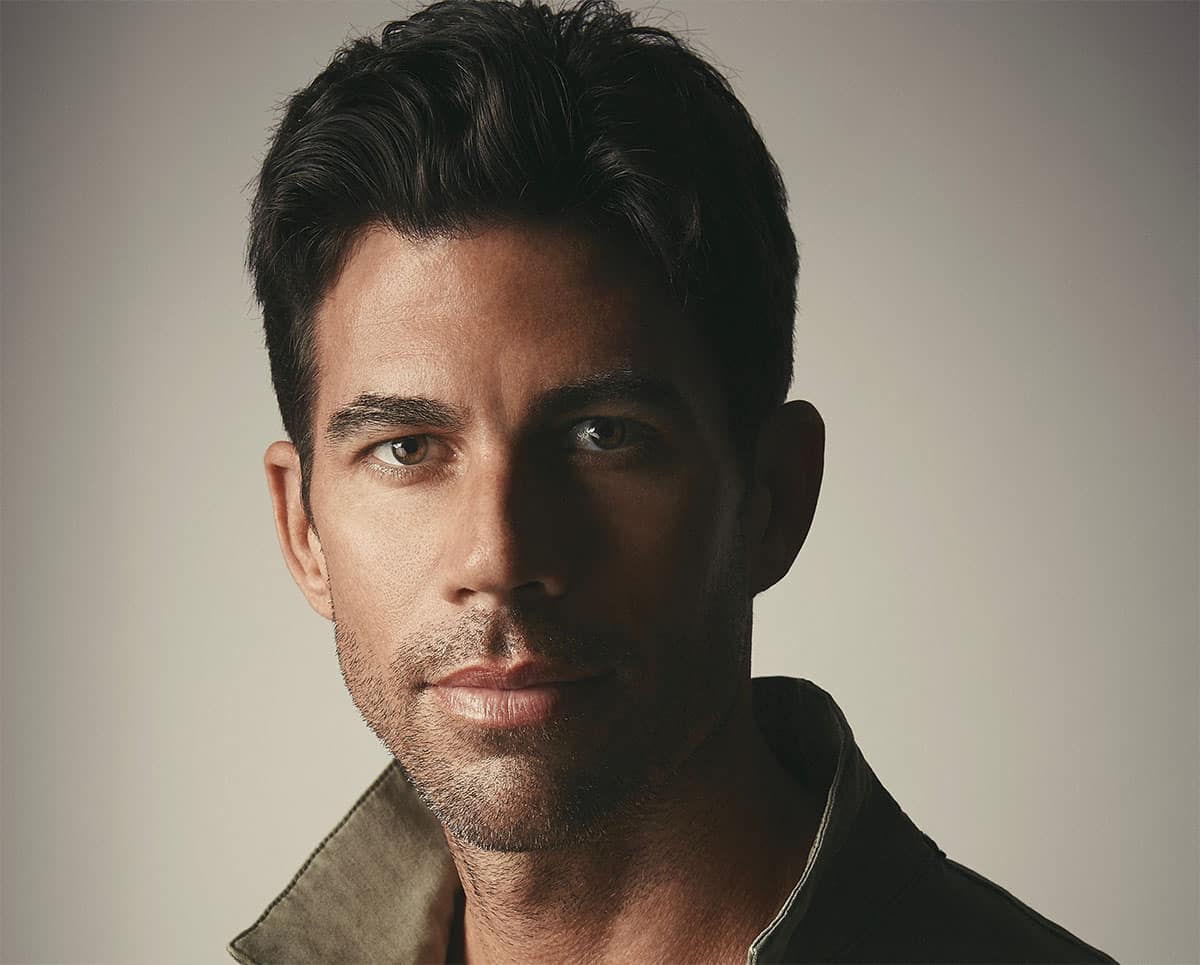 One teacher at Union High School in New Jersey had an interesting way of teaching gender bias to students.

Rather than asking students to take a look at history books, Nicholas Ferroni organized a vote to determine new school policies.

The voters were made up of just 20% male and 80% female. Of course the new policies were in favor of female students.

With such experiment, he let students know that gender bias is a real problem.

But what distracts his students the most is that PEOPLE decided to give him “Sexiest Teacher Alive” nickname. 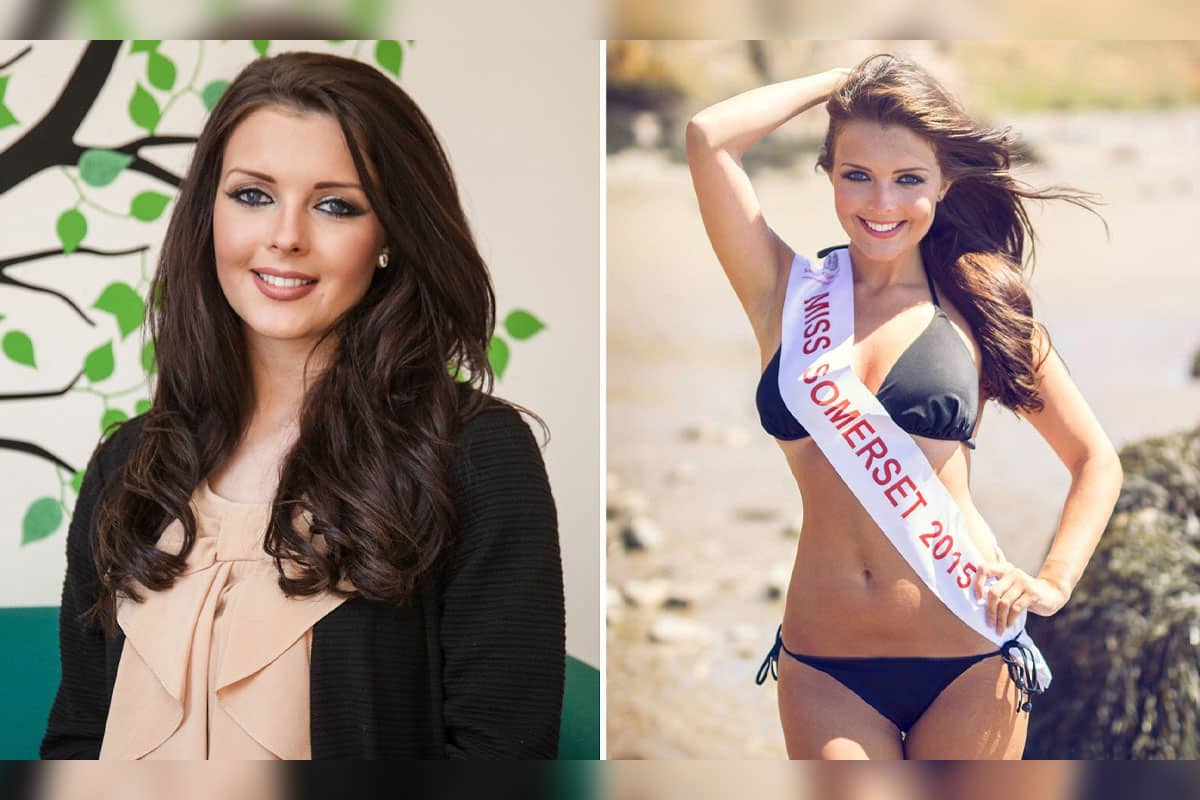 Prior to her teaching job at the England-based Churchfield Church School in Highbridge, Emily Sanders studied Modern Languages and History at University of Exeter.

Now she works in a secondary school in Exeter, Devon.

The former Miss Bristol and Miss Somerset has dealt with negative attitudes toward her activities in beauty pageant, accusing her of putting physical appearance above education.

It never stopped her from enrolling in Miss England contest in 2016. She did not win, but she made quite a statement with her determination and of course beauty. 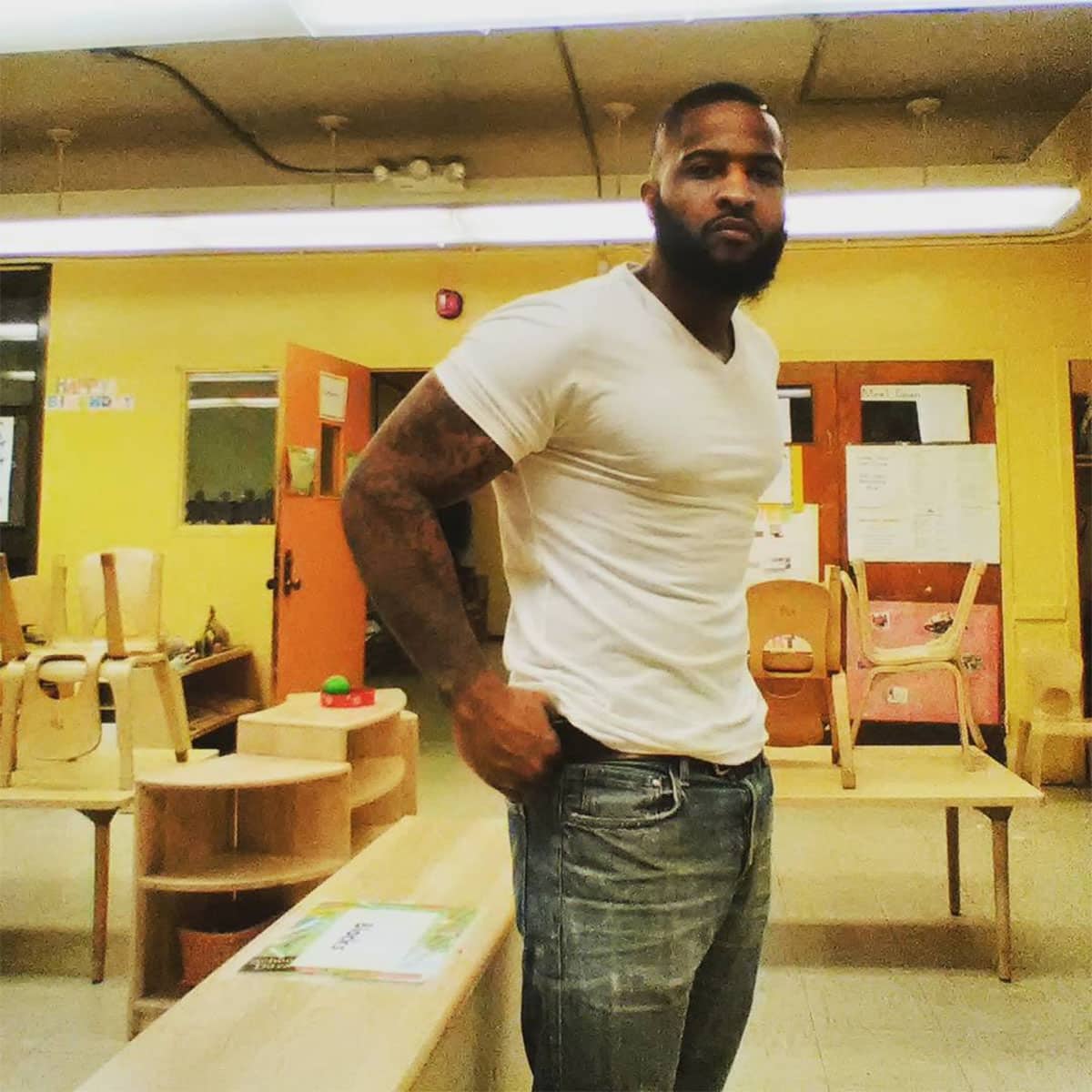 The first time you come across Jamel Fenner, chances are you wouldn’t even have the slightest clue that he is a teacher at a New York elementary school.

The school, students, and parents do not mind his extensively inked body as tattoos are personal expressions and will not negatively affect his abilities to teach.

Fenner’s good look and well-built figure have never been objects of criticisms; instead they were celebrated and admired by many of his social media followers.

Some people say he is the sexiest male teacher in New York. 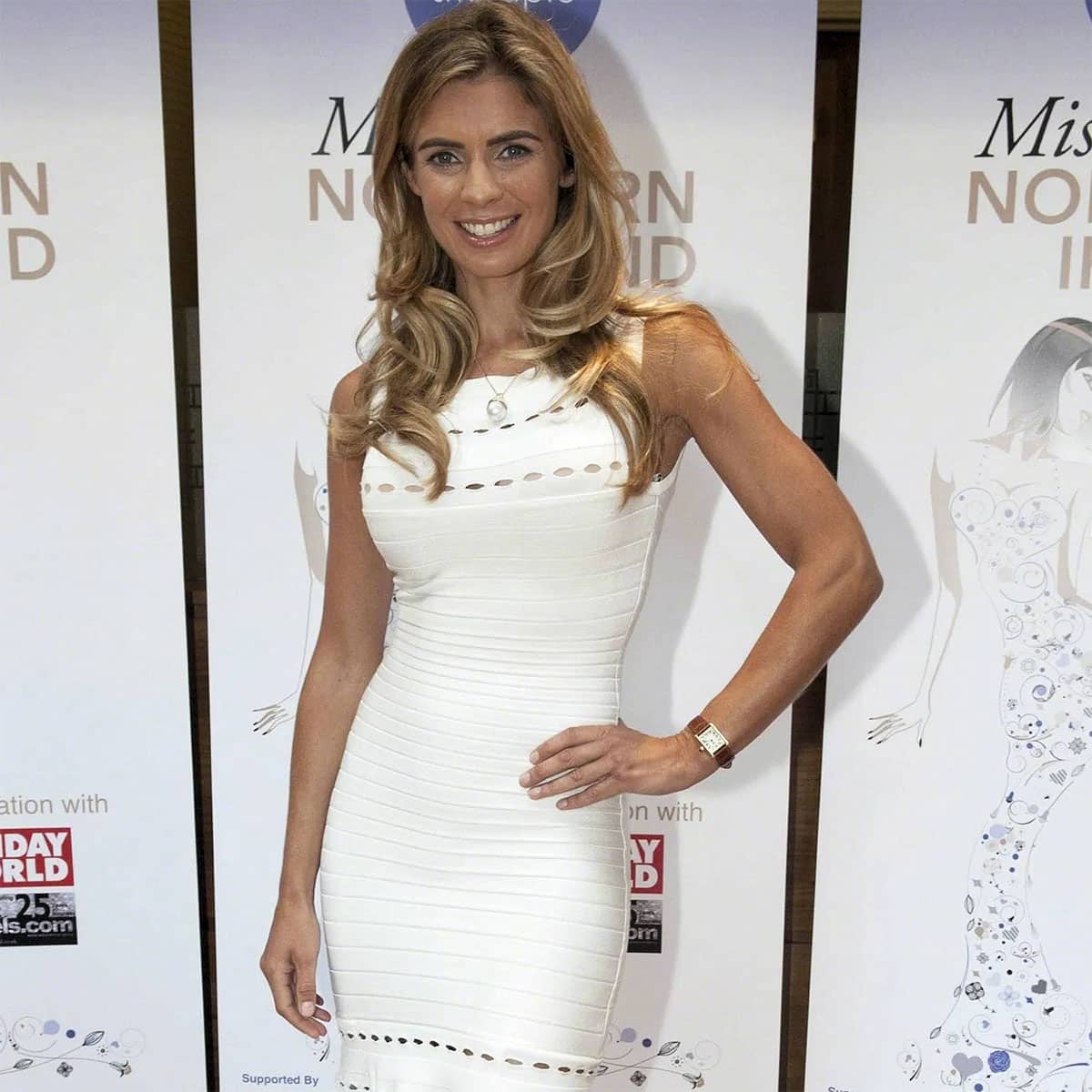 The art teacher and 1998 Miss Northern Ireland, Joanne Salley, had to leave teaching job at Harrow School not long after some of her topless photographs had been discovered by a pupil and distributed around the school.

The photos were even sent to Merchant Taylors’ School in Northwood where Salley had previously worked.

Those photographs were taken by Fiona Corthine, head of photography at the school and fellow teacher.

As it turned out, Mrs. Corthine left the memory stick in the studio where a pupil then found it and wasted no time to spread the images. 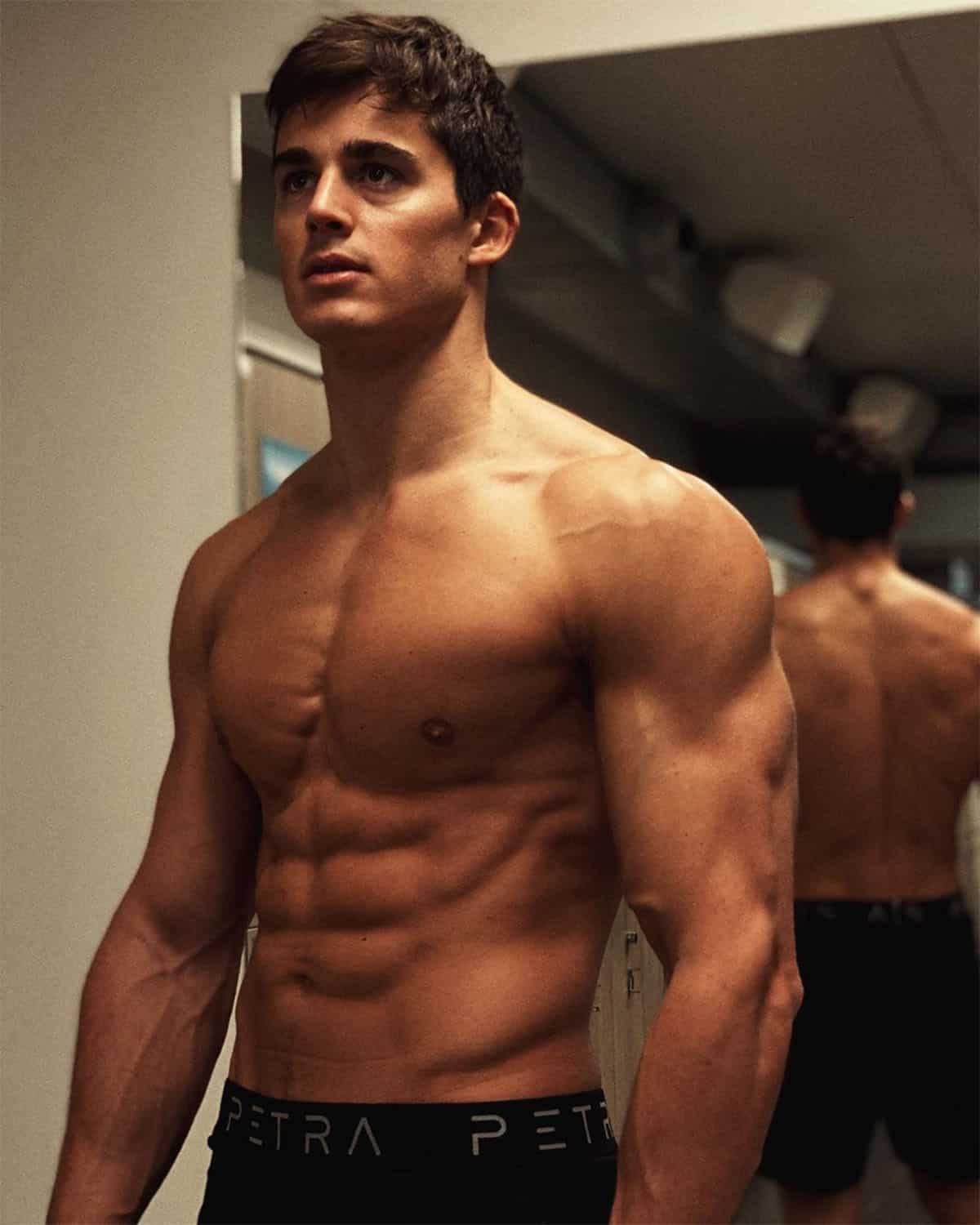 He has been in the modelling industry since the age of six, more specifically for Armani Junior.

During PhD candidature, he became an undergraduate mathematics teacher to mechanical engineering students.

The post went viral, which sent Boselli to a British modeling agency. He has been dubbed the sexiest math teacher in the world. 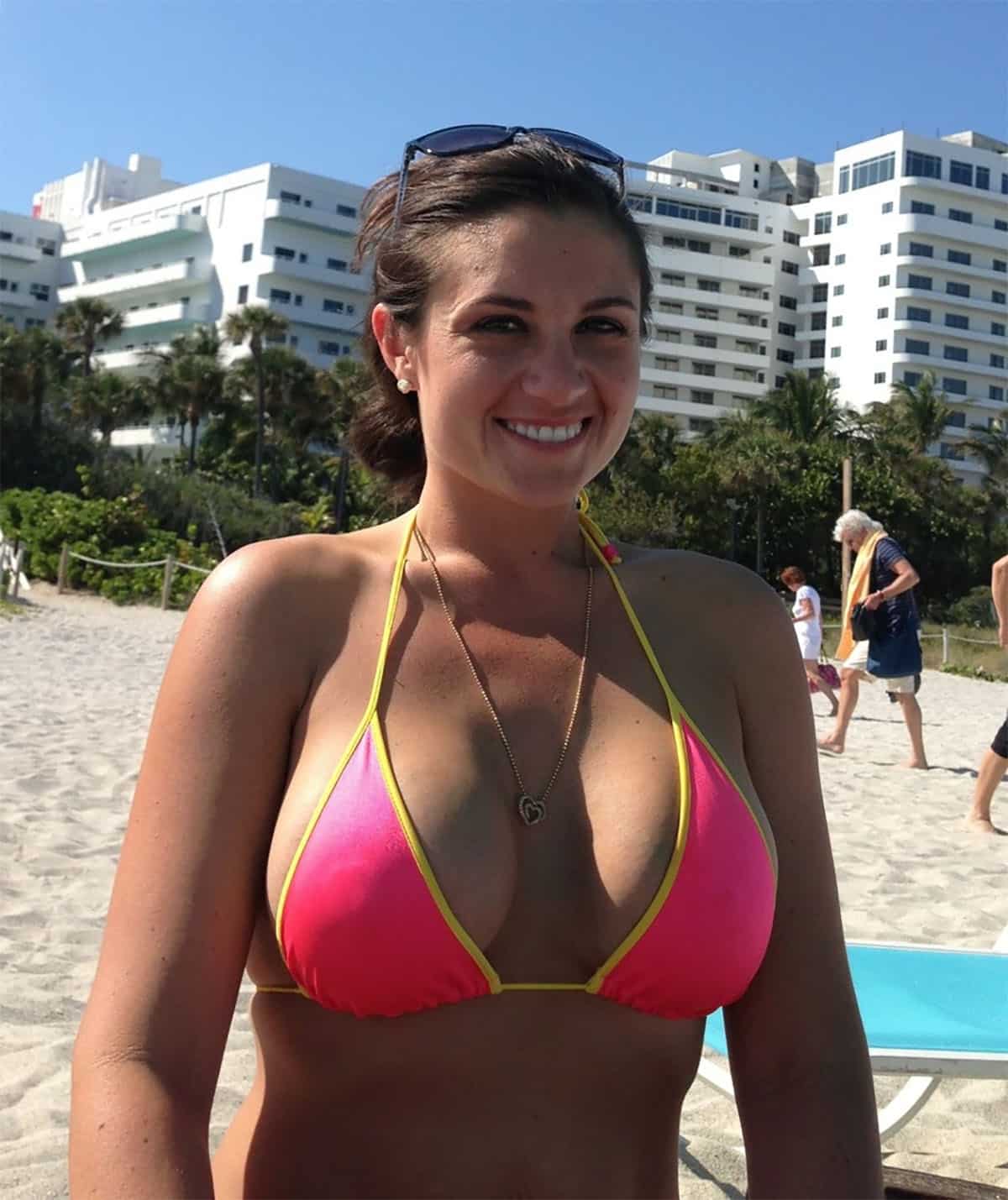 Some teachers create too much distraction in class that the school board had to terminate their employment, just like what happened to Olivia Sprauer at Martin County High School in Florida.

In addition to being a teacher, Sprauer also was a model.

In some of her modeling photographs, she posed for glamour bikini shots, and those photos inevitably surfaced online.

When the school board was informed, Sprauer was forced to resign. Soon after that, Sprauer (who now goes by modeling name Victoria James) was featured on the cover of Hustler.