by Factionary 3 months ago3 weeks ago
129Kviews

Teachers are honorable professions. Teachers dedicate their times, energy, and money to the education system to make all their students better prepared for the future.

Many have developed their own creative teaching methods, while others choose to stay true to textbook styles.

Regardless of their teaching preferences, students and parents can certainly appreciate teachers’ efforts and commitments to our educational systems.

However, not every teacher is created equal. Behind the professionalism, they still are humans with humanly strengths and flaws.

Sometimes their personal preferences do not really go hand-in-hand with what is expected of them; they probably have weird hobbies, strange side jobs, or extreme measures to punish students for small honest mistakes.

All of which can get them in troubles with the school administration.

The people in the following list in fact had to lose their jobs as teachers because their mistakes were found to be unforgivable or at least far from what is considered exemplary. 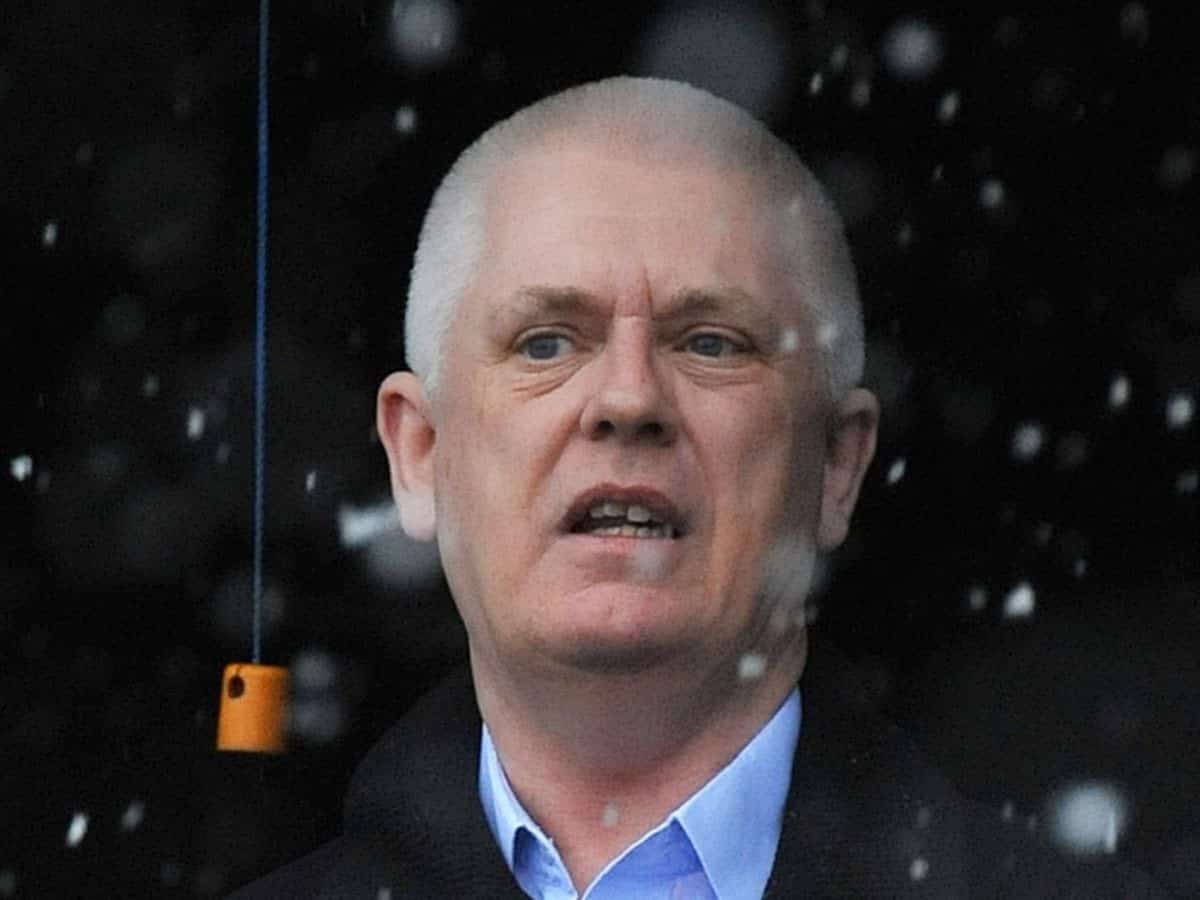 In early 2016, the University of Manchester in England found out that one of its professors, Nicholas Goddard, had an unacceptable extracurricular activity, for which the university had to let him go.

The Oxford educated professor had to endure a stressful divorce ten years earlier, but what he decided to do next was beyond typical for just about any professor; he took a second job as a p*rn star.

Goddard had been teaching chemical engineering for almost 25 years before he resigned. 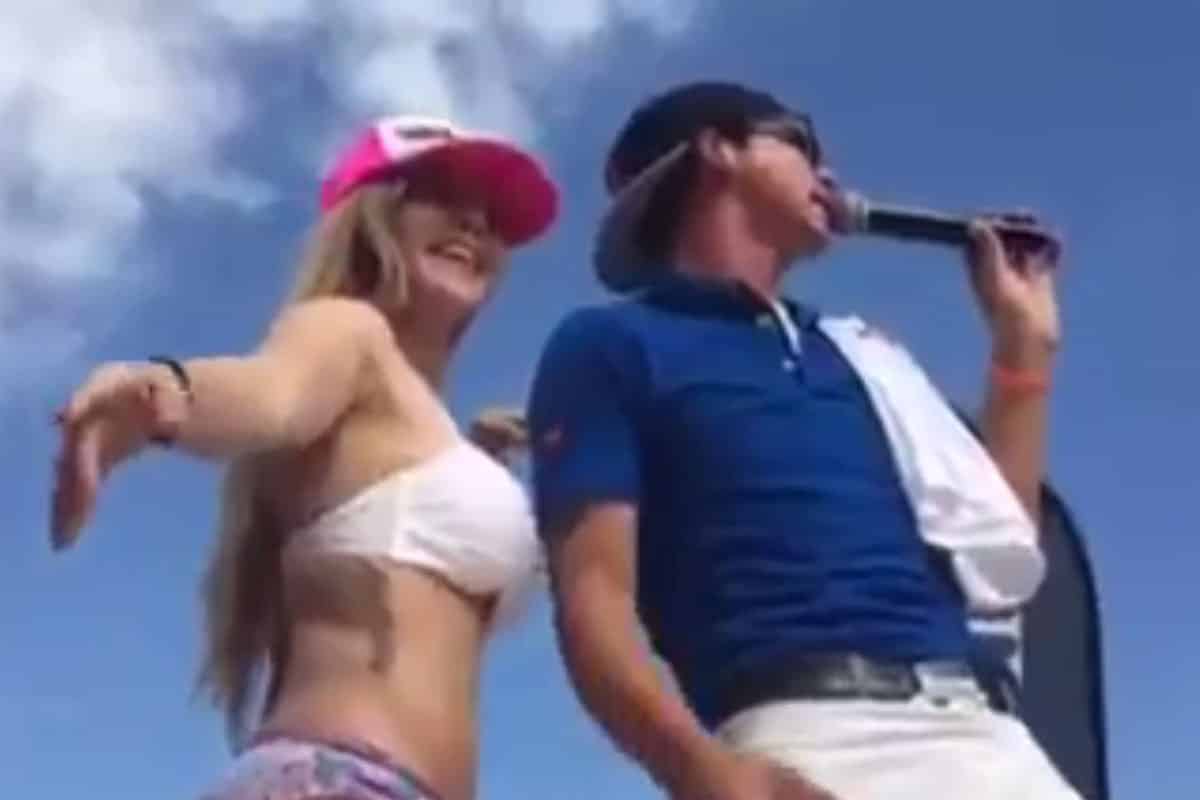 A former primary school teacher in Cumbre del Noroeste Institute located in Ciudad Obregon, the second largest city in the northern Mexican state of Sonora, who identified herself simply as “Carla” was found competing in a bikini-clad dancing contest while she was on vacation in Cabo San Lucas.

In one of the video footage of the contest, Carla was seen twerking proficiently for which she won a $260 prize. When the video surfaced, she was forced to resign afterward. 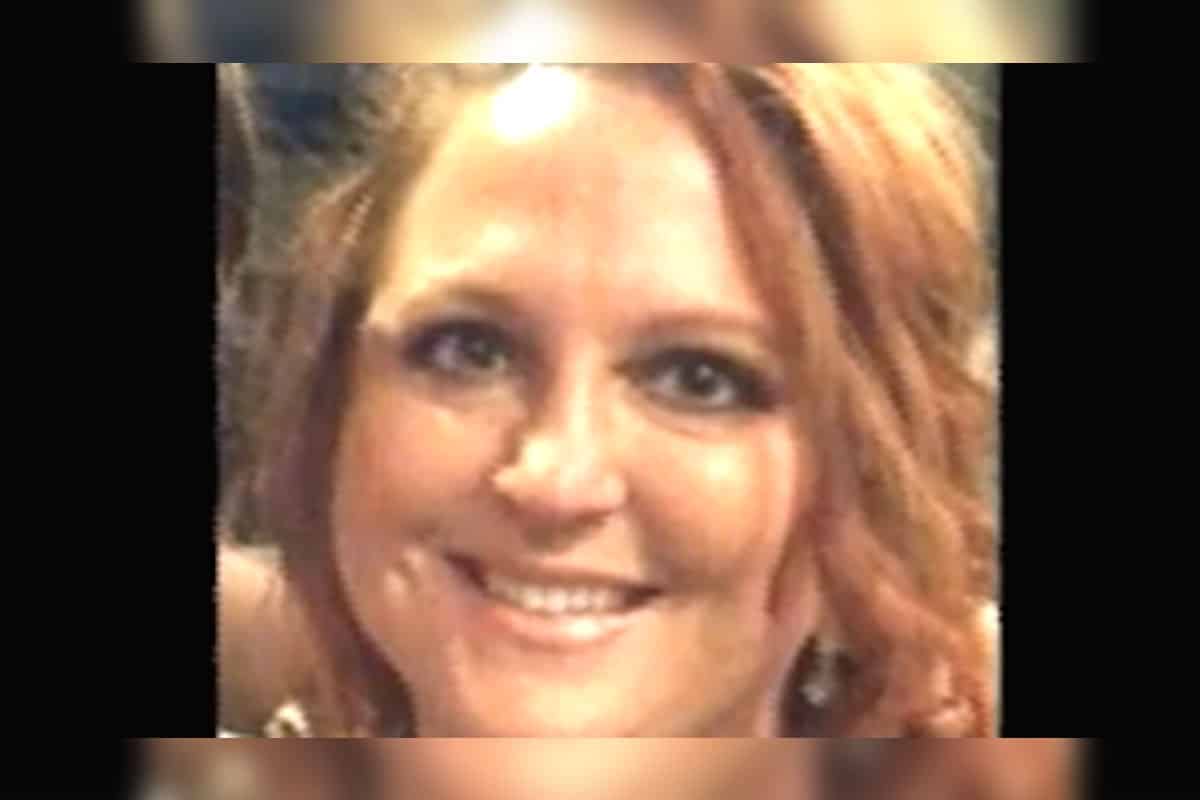 In 2014, the Red Bank High School in Tennessee reportedly forced a teacher, Jennifer Mitts, to resign because she took a student to the emergency room and paid the bill as well.

Taking care of sick student is great, but apparently the school administration thought that what Mitts had done was just too much kindness a teacher should give.

Mitts took a 20 years old ill student to the emergency room, and because the student had no health insurance, she covered the medical bills too.

For some reasons, the school did not approve such generous heartwarming action. 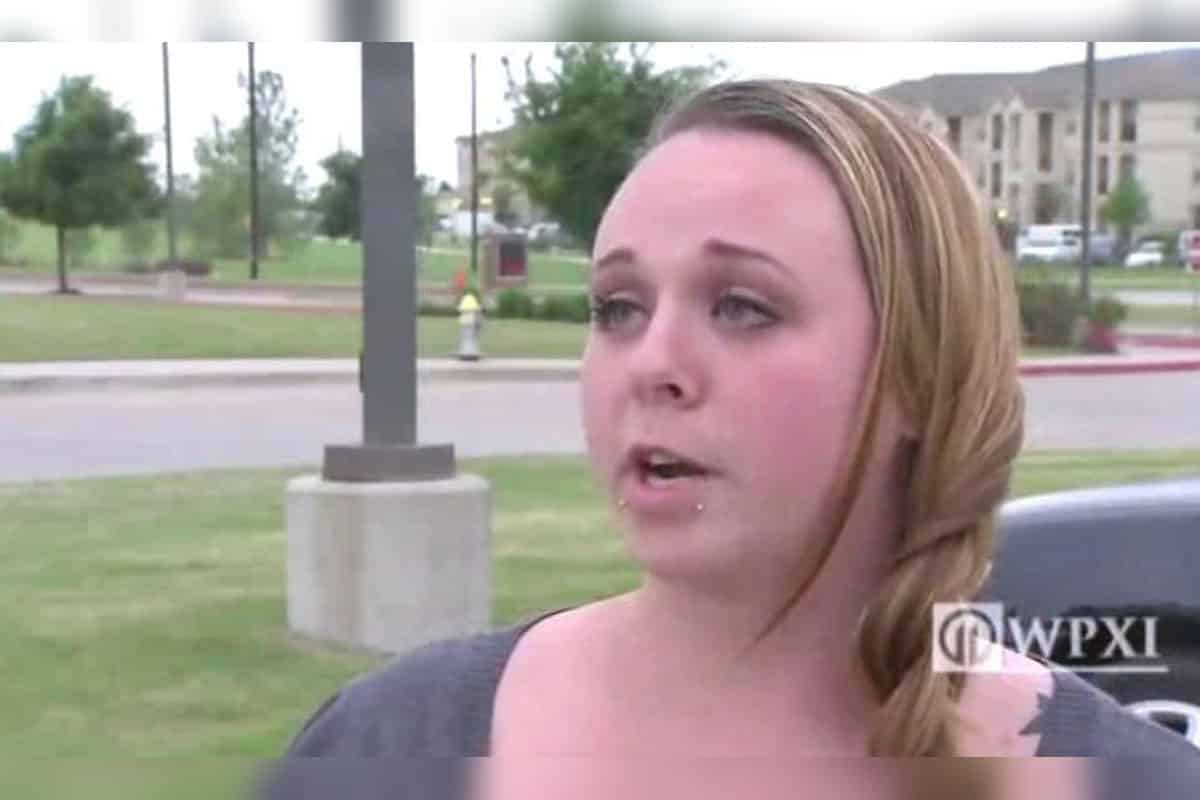 In 2015, the 27 years old Kaitlyn Walls was fired from a job she had not started yet.

On her first day as a teacher at a Texas child care center, something she posted on Facebook led to her being fired from the job.

In the posts, she said something to the effects of “hating being around a lot of kids” and that she hated working at day cares.

Her soon-to-be-employer at the Colony Preschool and Child Care Center read that exact posts and rang her few moment later telling her not to bother coming at all. 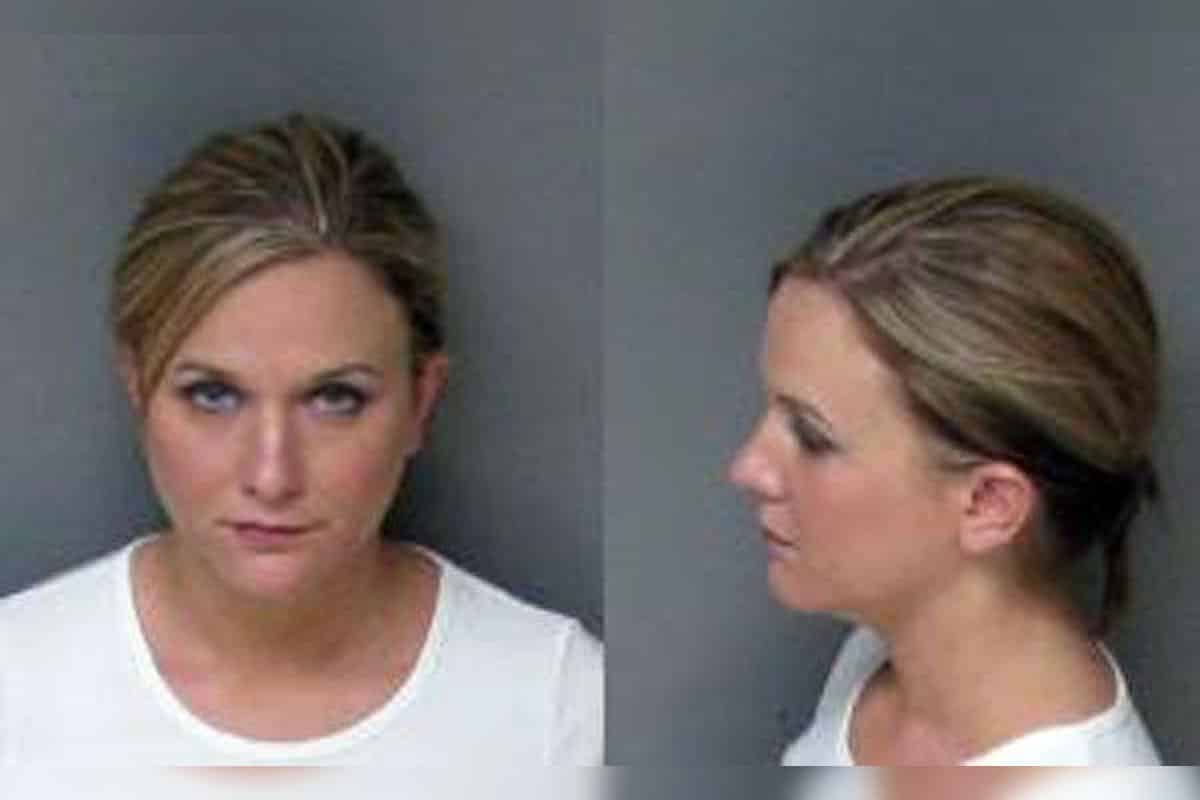 Meredith Pruitt, a former English teacher at Forestview High School in Gaston County, North Carolina was arrested for using her students to sell drugs in 2012.

Pruitt gave prescription drugs to her students to sell and they split the money at the end of day.

According to authorities, Pruitt gave several anti-anxiety pills to a 15 years old student, who sold the drugs and brought some of the money back to her.

She was fired the day she got caught. She also had to face several drug charges. 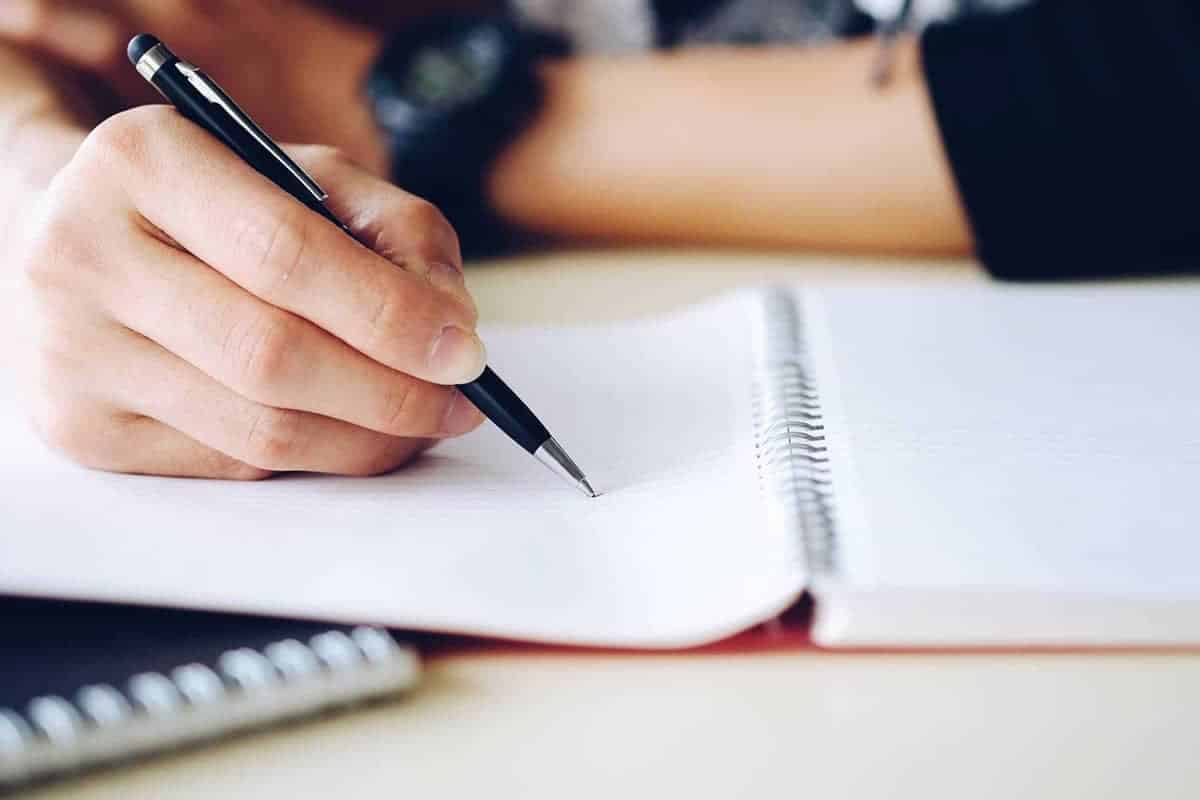 In a school in Ohio, a student had difficulties finding a good topic for his next English essay. One part-time tutor decided to step up and help the student.

Unfortunately, the tutor made a horrible suggestion saying that the student should write an essay about “How to Kill a Teacher” and perhaps getting away with that.

The student did follow-through; among his plans were poisoning and choking teachers. The school dismissed the student, and of course fired the tutor for his thoughtless advice. 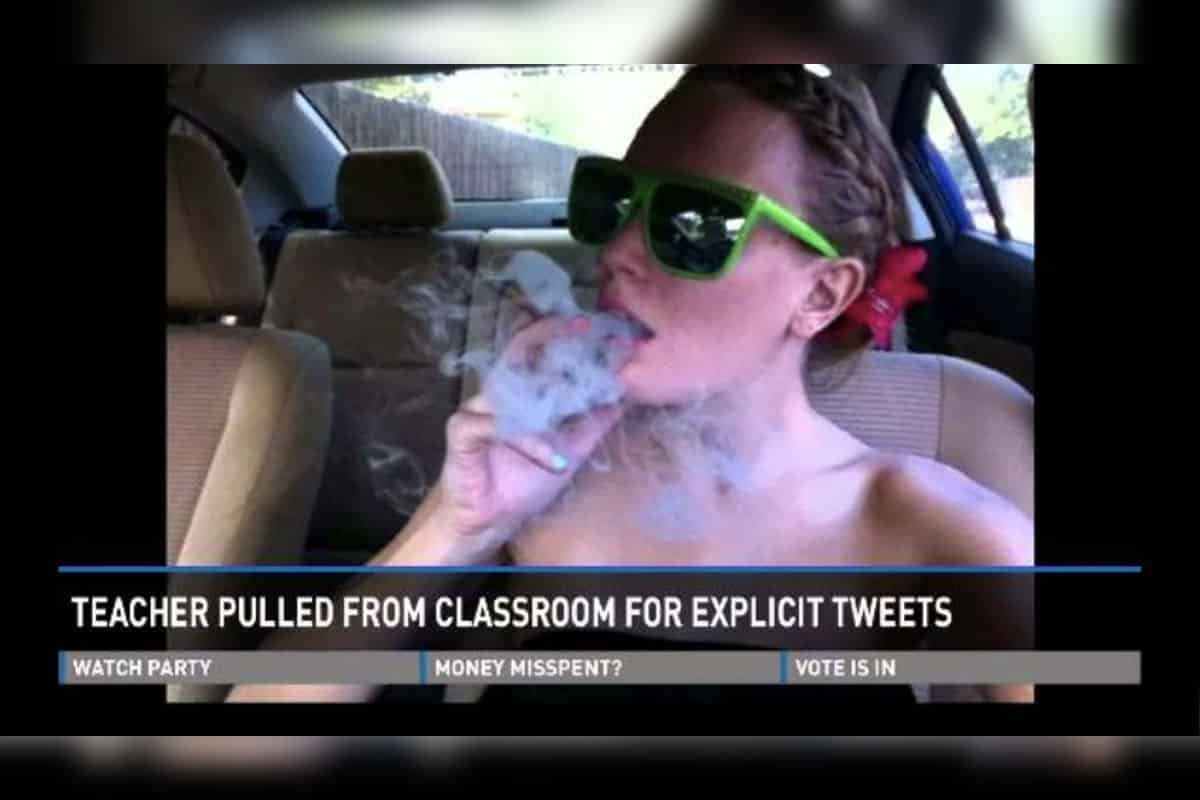 Many teachers are happy to remind their students to use social media with moderations and be thoughtful about what they post.

As it turned out, some teachers were just incapable of leading by examples.

A teacher at Cherry Creek School District in Colorado, Carly McKinney (also known as CarlyCrunkBear) was a perfect example of such deficiency.

In some of her Twitter posts, there was at least a photo of her smoking pot and disturbing words such as stay s*xy, stay high, stay drunk. She has been dismissed from the job. 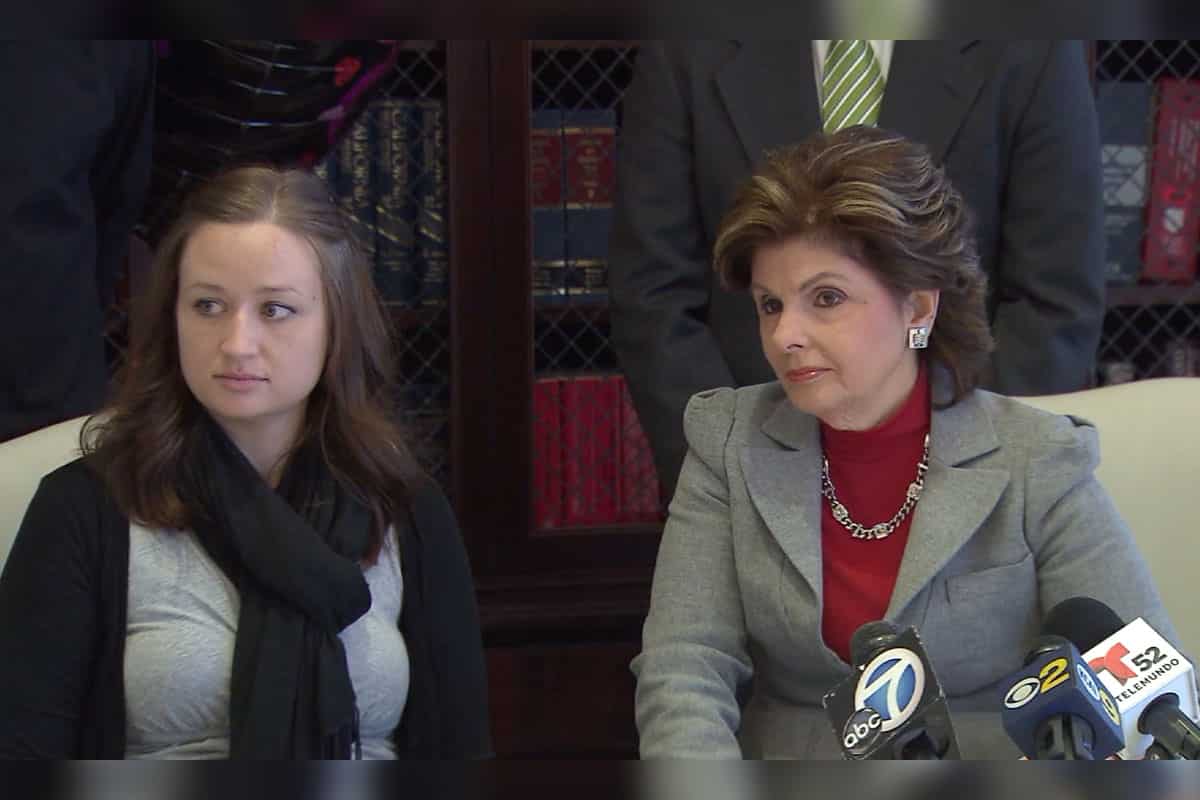 Unfortunately it is fairly common to hear stories about Christian school firing pregnant women because they weren’t married when they got pregnant.

In 2012, Teri James was fired from her position as a teacher at the San Diego Christian College for engaging in premarital s*x.

What was really strange about the case was that the school actually offered Terry James’ previous job to her husband, despite the fact that he got her pregnant in the first place.

So it looked like the school had no problem with anybody engaging in premarital s*x as long as they were not teachers at the school when they did that. 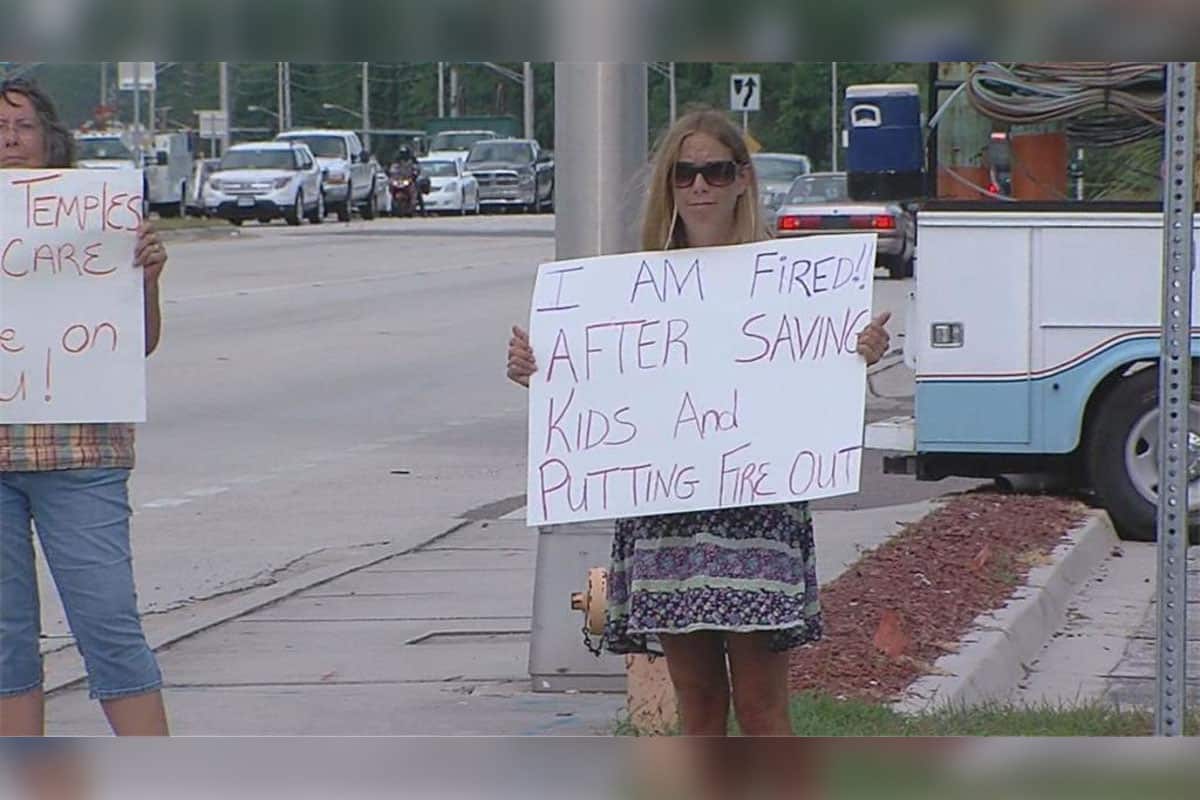 When a Florida daycare teacher, Michelle Hammack, left her classroom for few moments to extinguish a fire ravaging nearby, she wasn’t aware that her heroic action would get her in the hot water.

On an otherwise regular day in July 2013, Hammack was supervising children at a Florida day care center.

When she smelled something burning, she realized that it came from a fire in an adjacent room.

She managed to put out the fire, but then hours after that, she found herself being fired from the job for leaving children unattended. 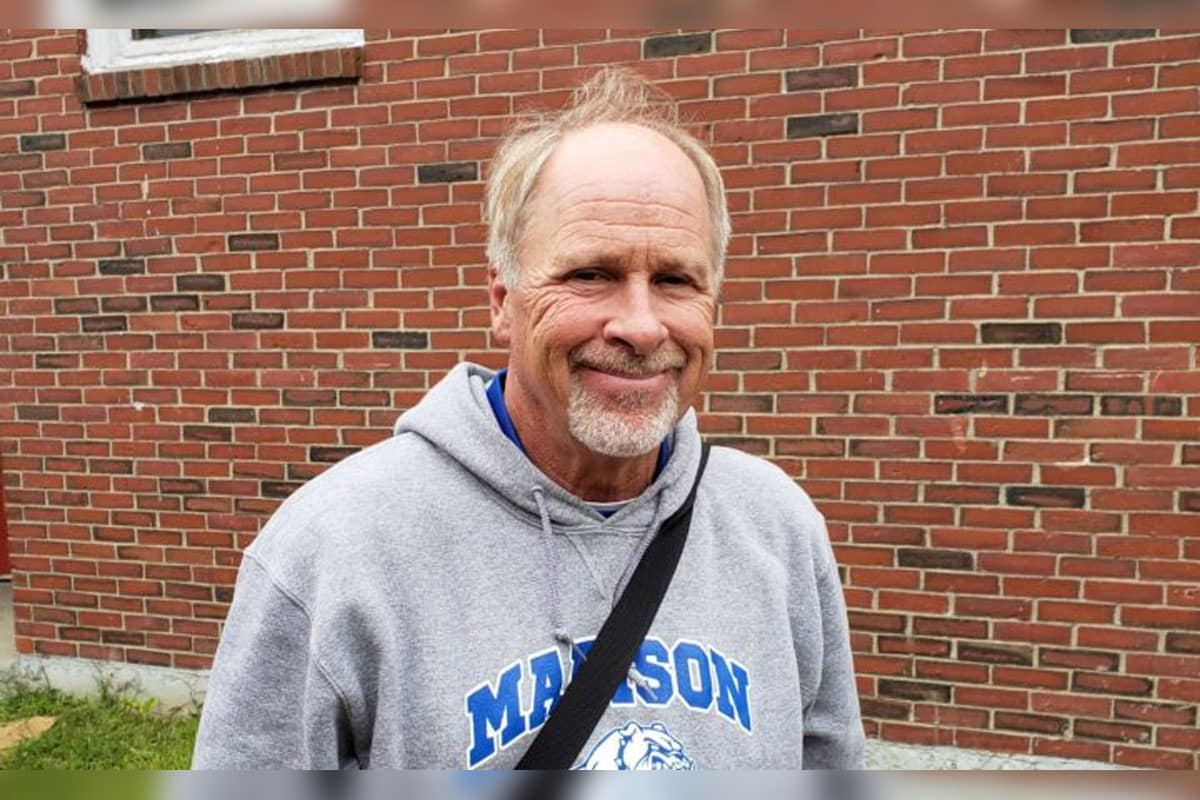 Paul Withee, a former football coach as well as math and science teacher at Oxford Hills School District had to resign days after posting his fully nude photos to his public Facebook profile.

In his defense, he accidentally did that because he meant to send the photo to his girlfriend.

A parent of a football student saw the photo and reported the incident.

The nude photo had been visible online for just about 10 minutes before it was removed, yet it did not help Withee anyway.