by Factionary 1 year ago1 year ago
07.9Kviews

Despite the controversy-provoking the nature of trophy hunting, now and then on social media, you still see images of people posing proudly for their first kills.

Pictures of hunters holding their weapons are not that unusual, but when the backdrops include real animals lying dead on the ground, it is entirely different.

Indifference quickly escalates into widespread condemnation – something Tess Talley, an American hunter who killed a giraffe in South Africa back in 2017, experienced firsthand.

The whole situation was (and still is) with the death of Cecil the Lion, an iconic animal killed that was killed in Zimbabwe about two years earlier by a Minnesota-based dentist using a bow and arrow.

In one of the photographs Talley posted on Facebook, she held a rifle and pointed to the sky while being encircled by the giraffe’s corpse.

In a deleted post, she also said to have stalked the animal and later acquired 2,000 lbs. of meat from him. The giraffe was not world famous like Cecil, but the backlash from wildlife lovers was just as intense.

It was not surprising that when the images surfaced online, conservationists were outraged.

Based on her response to the criticisms and answers to televised interviews, everybody can draw their conclusions on who Tess Talley is and what she does as far as trophy hunting is concerned.

Since the moment the photos went viral, the outrage has barely dimmed.

Despite the eternal condemnation from conservationists and wildlife lovers worldwide, Tess Talley does not seem to show even a tiny bit of regret for killing the giraffe.

In an interview with CBS, she even said that animals were put there for us – we harvest and eat animals.

One of her classic defensive stances was to suggest that trophy hunters have been killing animals long before social media came into existence and that social media has now become part of the issue.


There is no denying that trophy hunting is a hot-button issue. Conservationists want them to stop, but on the other hand, some national parks insist that recreational hunting helps fund conservation efforts.

Talley never strays too far from simplifying the issue as either good or bad, when in reality, the financial benefit from trophy hunting is not always clearly defined.

Yet, the whole activity has almost certainly divided communities. When confronted with criticisms and questions about what she did with the giraffe, she said the animal was delicious.

Tess Talley is an employee at a ball-bearing factory, a profession that pays enough money for her to travel around the world murdering rare animals.

In addition to taking souvenir photographs of the animals she killed and eating the meat, Talley has made some exotic decorations out of the giraffe as well.

One of her gun cases was covered with the skin of the dead giraffe. She said it would be something she could take with her anywhere on the hunts. Talley also has decorative pillows made out of the giraffe. 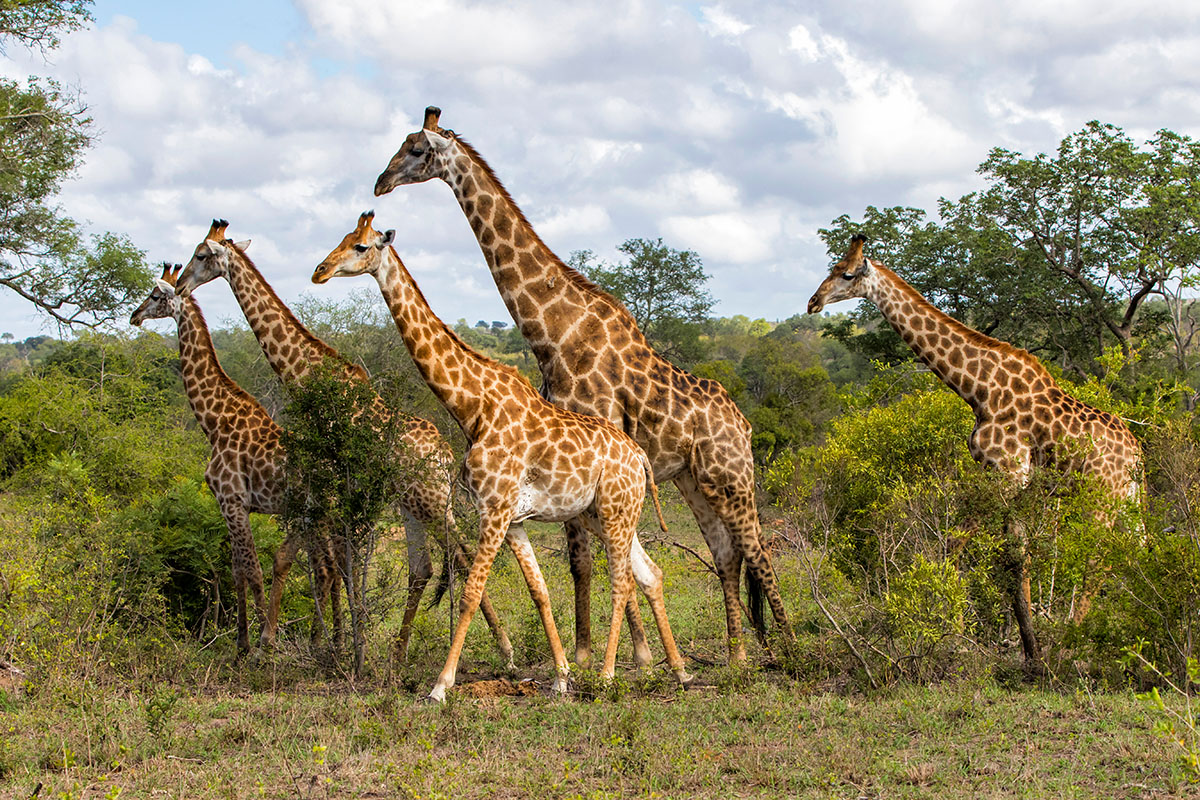 Like most trophy hunters, Talley claimed to help preserve beautiful animals by killing them in regulated (or paid) hunting activities.

She went further and said trophy hunters enable manage herds and numbers of wildlife, although, of course, without explaining how those are done.

The arguments trophy hunters often give about how they pay top dollar to kill animals that have been marked as threats to the human population or too old to reproduce.

Conservationists think trophy hunting is a form of financial fraud as the money never effectively went to the right place.

Debra Messing and Ricky Gervais were among the first celebrities to express their outrage about Talley’s killing of the giraffe. They spoke against her in their ways.

Messing despised how the dead carcass of a rare black giraffe was turned into a prop for a photograph of a smiling hunter who had killed it, to begin with. Gervais posted, “What’s 16 feet tall and has a c*** on the back of its neck?”

Talley refused to back down and apologize. She instead questioned the motive of people, including celebrities who spoke against her actions. 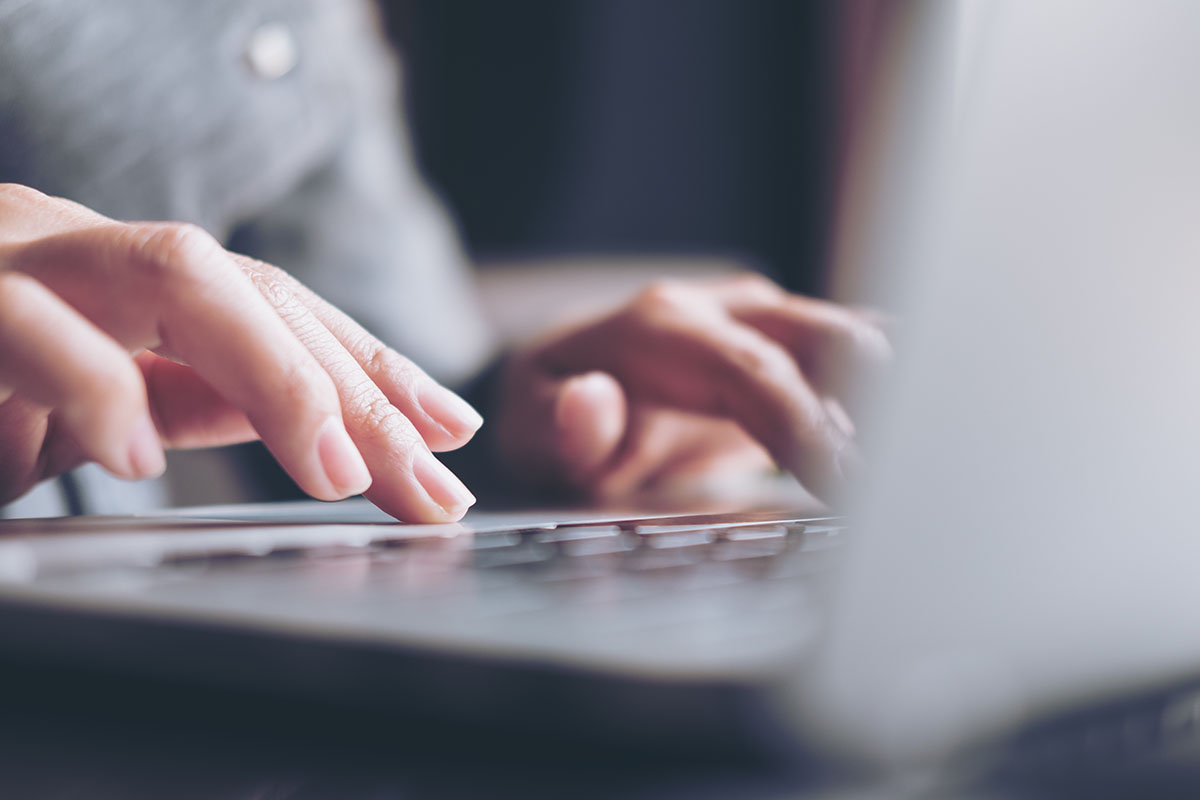 As soon as the photographs went viral, things have been uneasy for Talley. A post by a social media group known as Africalandpost called her a “white American savage” and “partly Neanderthal,” among other things.

She even received death threats from some people also on social media.

Talley admitted to having some challenges with all the harassment and threats, although this seemed surprising given how little she cared about other people’s opinions about the killing.

Some were sharing her address on the Internet and calling her employer to get her fired. 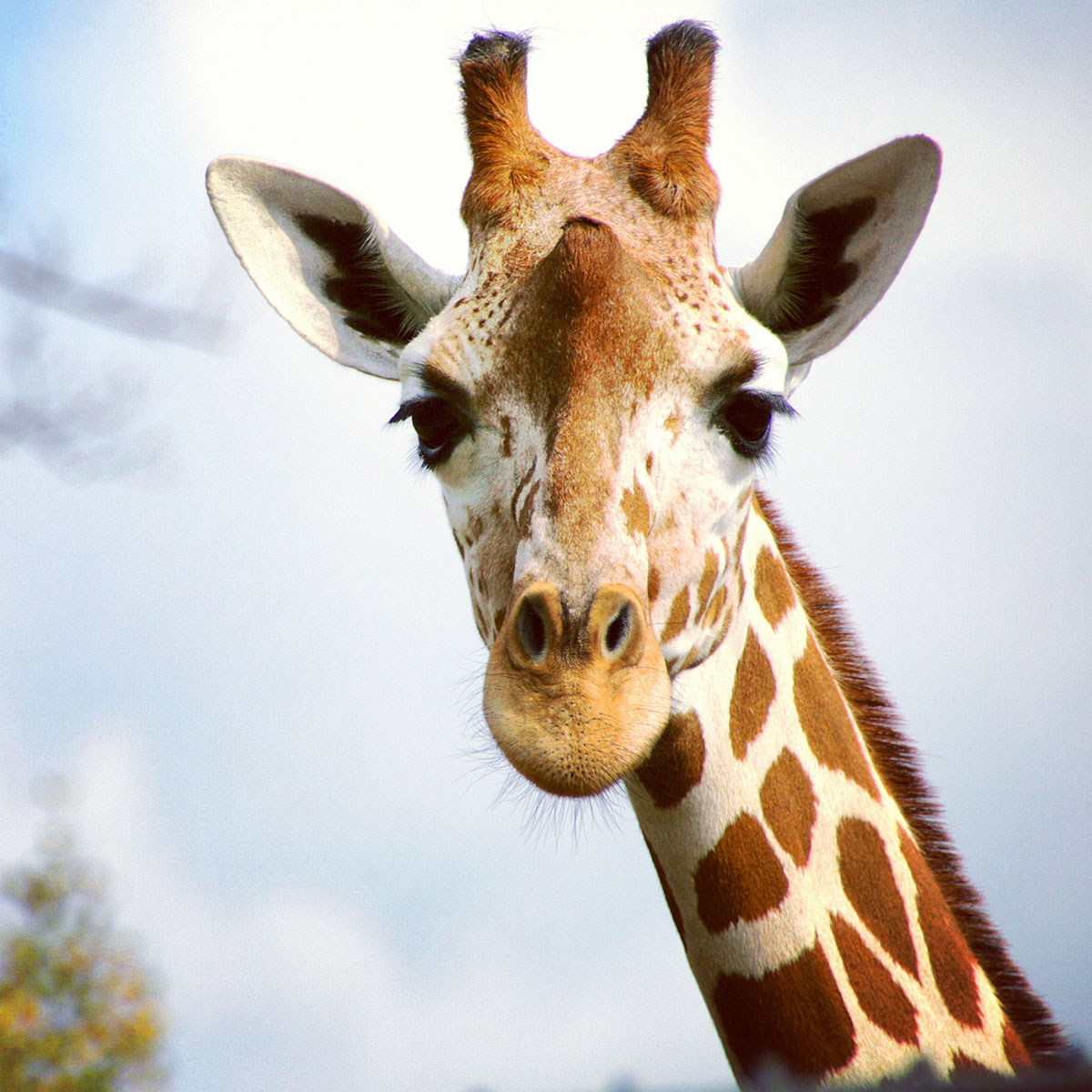 As bad as the number may seem, it is a slightly less bleak picture than previously suggested in 2016, with a total estimated population of fewer than 100,000 individuals.

Illegal hunting remains one of the biggest threats to giraffes; expansion of farmland and climate change also put them in great danger.

From a legal perspective, however, Talley’s killing of the giraffe did not break any law. She said the killing contributed to the conservation effort. 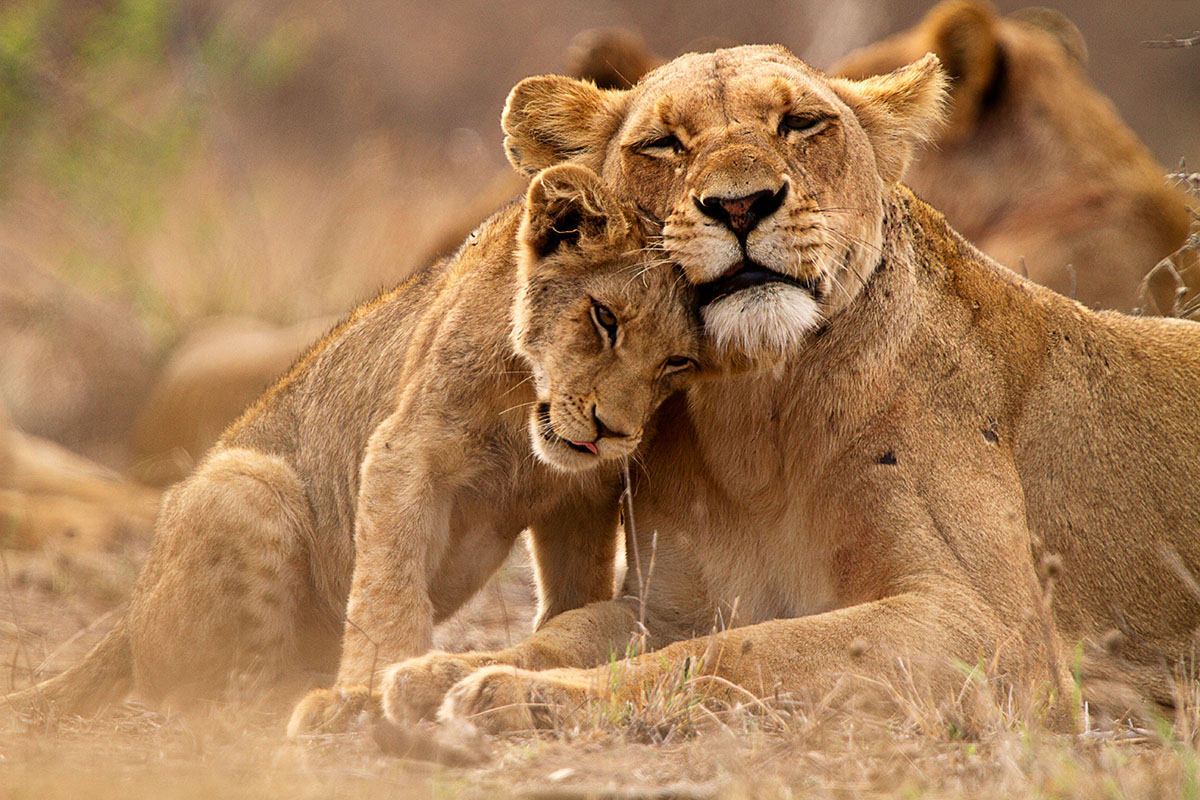 A lot of people on social media think of the hunt and killing as “animal murder.” Talley responded by saying that animals have no right because they are not human, and therefore you cannot murder animals.

In another post, she attempted to convince people that the money she spent for trophy hunting in Africa would be used for local wildlife preservation efforts, so she was donating the money.

There was no clear explanation on how the funds would be used and how much.

Giraffe, as a species, is now listed under “Vulnerable” conservation status, but some subspecies are considered “Critically Endangered” by the International Union for Conservation of Nature and Natural Resources (IUCN).

It remains unclear whether the killed giraffe belonged to any rare subspecies. 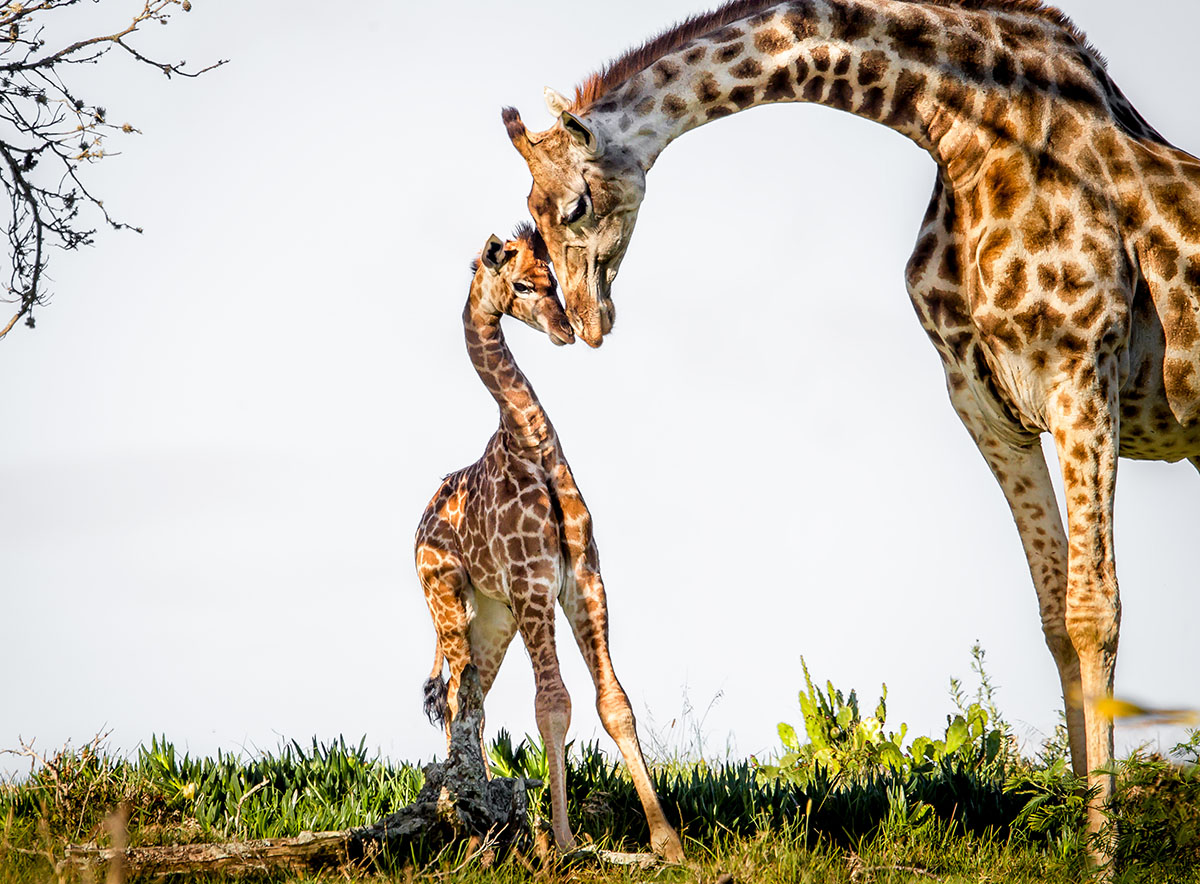 In an email to news organizations, Talley defended her action by claiming that the giraffe she had killed in Africa in 2017 was 18 years old and therefore too old to breed.

Some people question whether the claim was valid and that it justified the killing.

Wild giraffes have a lifespan of about 25 years. They can mate any time of the year, and there does not seem to be the maximum age for mating for the male giraffe. For females, the entire age at the last parturition is 24 years old.