by Factionary 1 month ago3 weeks ago
1Kview

There was more than one marriage of Jerry Lee Lewis that shocked the audience. But the last one took the cake.

His marriage to his young cousin was nothing less than a pitchfork to his career and a shock to a large audience.

Jerry Lee Lewis seemed to always get into trouble when it came to marriage. As he went on to marry the second time, shockingly, his divorce hadn’t been finalized yet. 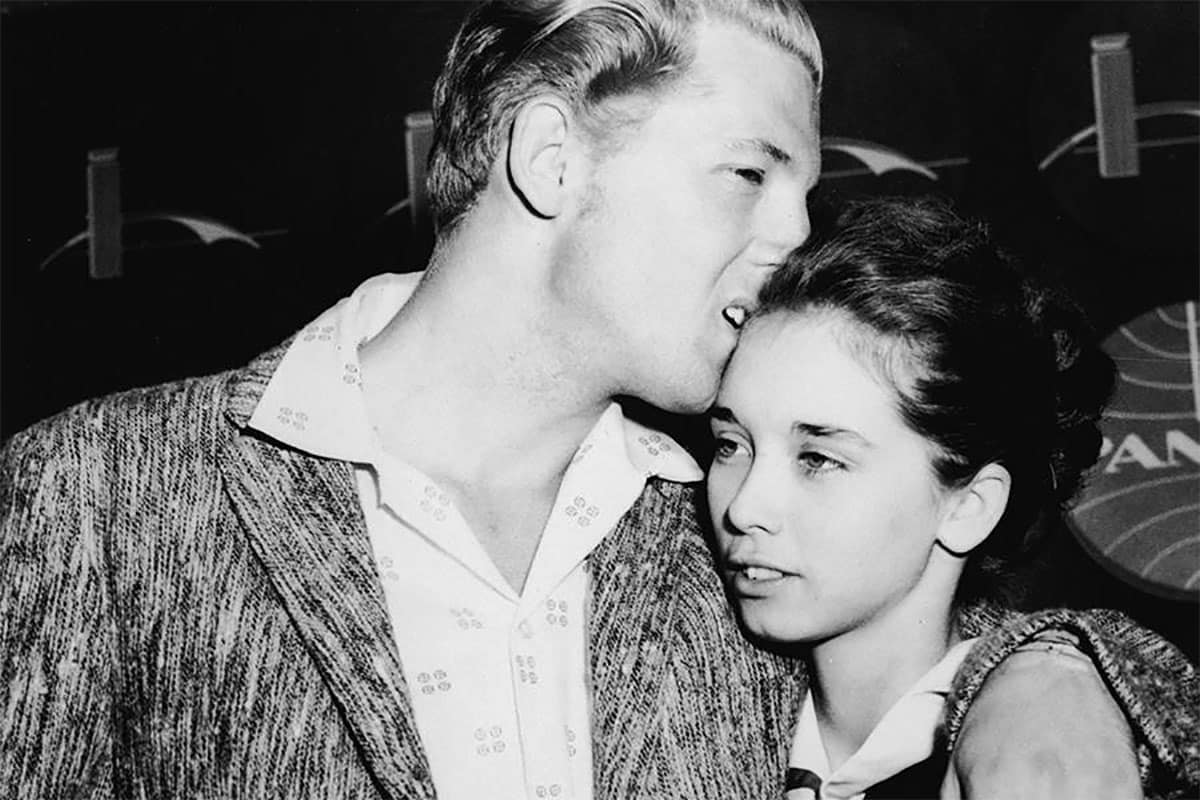 Rather, he married 23 days prior to getting the divorce finalized.

While people thought this was surprising, the third marriage turned out to be a much larger one for them.

While she was not his first cousin, but the fact that she was so much younger than him is what aroused all the talk.

However, according to them, there was nothing wrong with being married to a 13-year-old as other big players such as Elvis had also done the same thing. So, for them, it was entirely normal to be married to someone so young.

The cousin, Myra Gale Brown, was brought up in a way that she assumed it to be not bothersome that her 23 years cousin had married her.

She felt the possibility come naturally to her as she believes she was ready for this marriage.

Her thinking was off almost every other girl during the time- marrying someone, having their babies, and living a fulfilling life.

It was no surprise that she had no problems when it came to this marriage. It was the other way round.

She was quite happy with her situation and would spend her time alongside Lewis all the time.

This came to the point that she toured with Lewis and became his constant support system as well.

The Trip To Britain

During this time, Elvis had been drafted, so Lewis had to take the center stage and go out on the tour.

This is when he decided that he would take Myra along with him.

Even though many suggested that this isn’t the ideal situation given that people in England would make things difficult for them, he persisted that he would only go if he could take her with him.

Thus, you would go on to find Myra going with him to the England tour. But this is where things go wrong.

Since no one had briefed Myra about what to say or do, she went on to speak about how she is the wife of Lewis. This caused a major stir for the tour.

What was supposed to be a tour to garner more exposure and get worldwide recognition to turn into something of a nightmare for the newlyweds.

While Lewis went on to explain and lie about Myra’s age, that she was 15, his explanation was not received well. 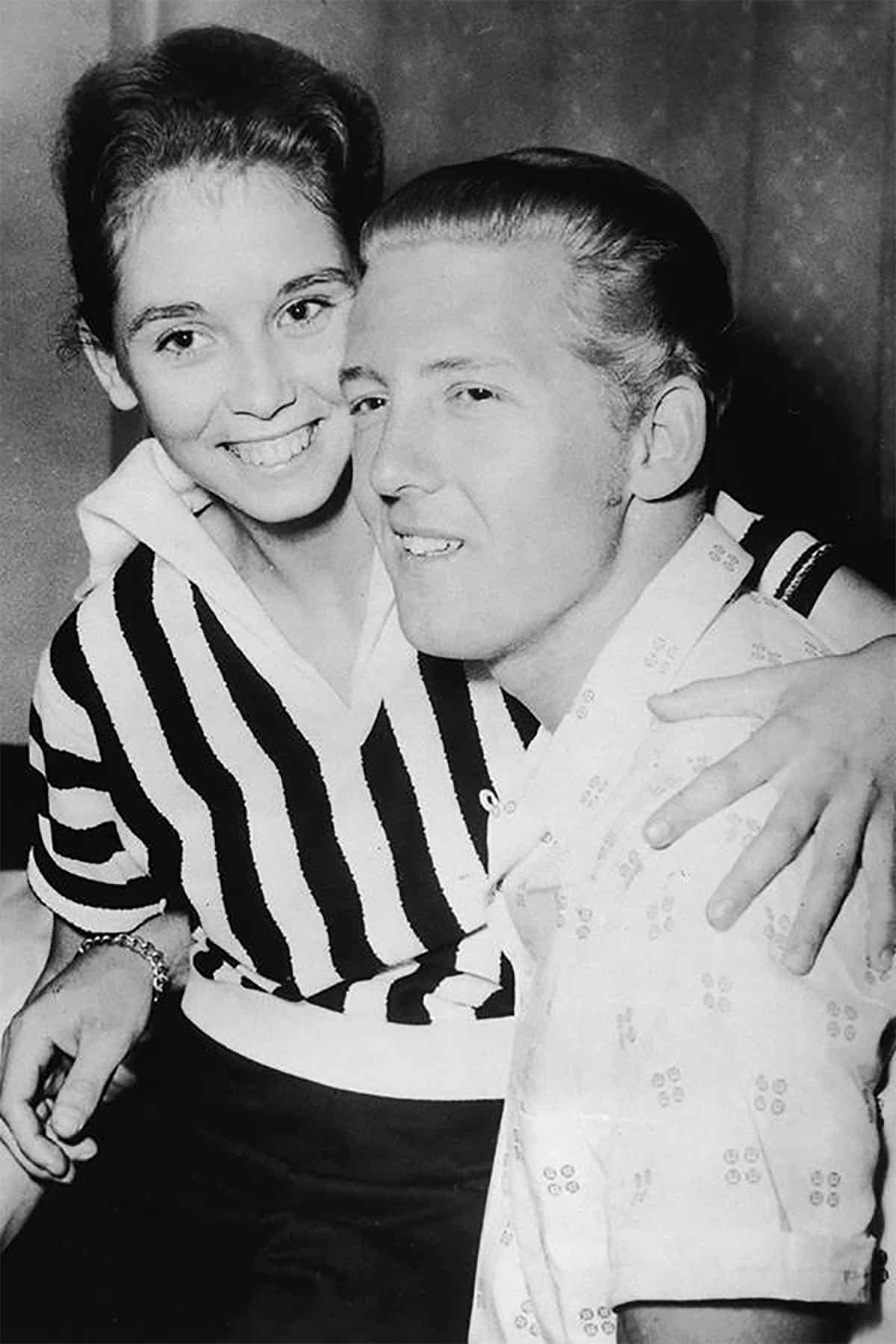 Instead, he was bashed for marrying a child and condemned by the vast majority.

One of the main things that Lewis overlooked was the fact that his manager had already warned him about the situation.

It was highly common for the British press to drag American artists to the ground, and they did just that.

They found a problematic situation and quickly covered how Lewis was nothing more than a baby snatcher.

The problem was that Myra wasn’t briefed about what things she was and was not supposed to say.

For instance, she believes that she could have easily just said that she was Brown’s daughter.

This would have made things much simpler for both of them.

However, things took a drastic turn for Lewis after this England tour.

The cancellation of the tour happened very early as only a few shows had taken place.

Instead of his music, the entire focus had turned to how Lewis married a child and plagued his character to a varying extent.

This led to Lewis and Myra taking their exit from the country and heading back to their home country. But what did this have in store for them?

As they head back home, they continued to deal with the same anger and criticism that they received in England.

The coverage of this was global which is why things got bad in their home country as well.

But the anger wasn’t only directed to the fact that she was so young.

Instead, it was also focused on how this was his third marriage and he had gone on to do the same thing as before- not let the divorce finalize before marrying again.

This further fueled all the hate that the couple received.

As things progressed, things did not settle for the couple as they were always at the receiving end of some type of criticism. 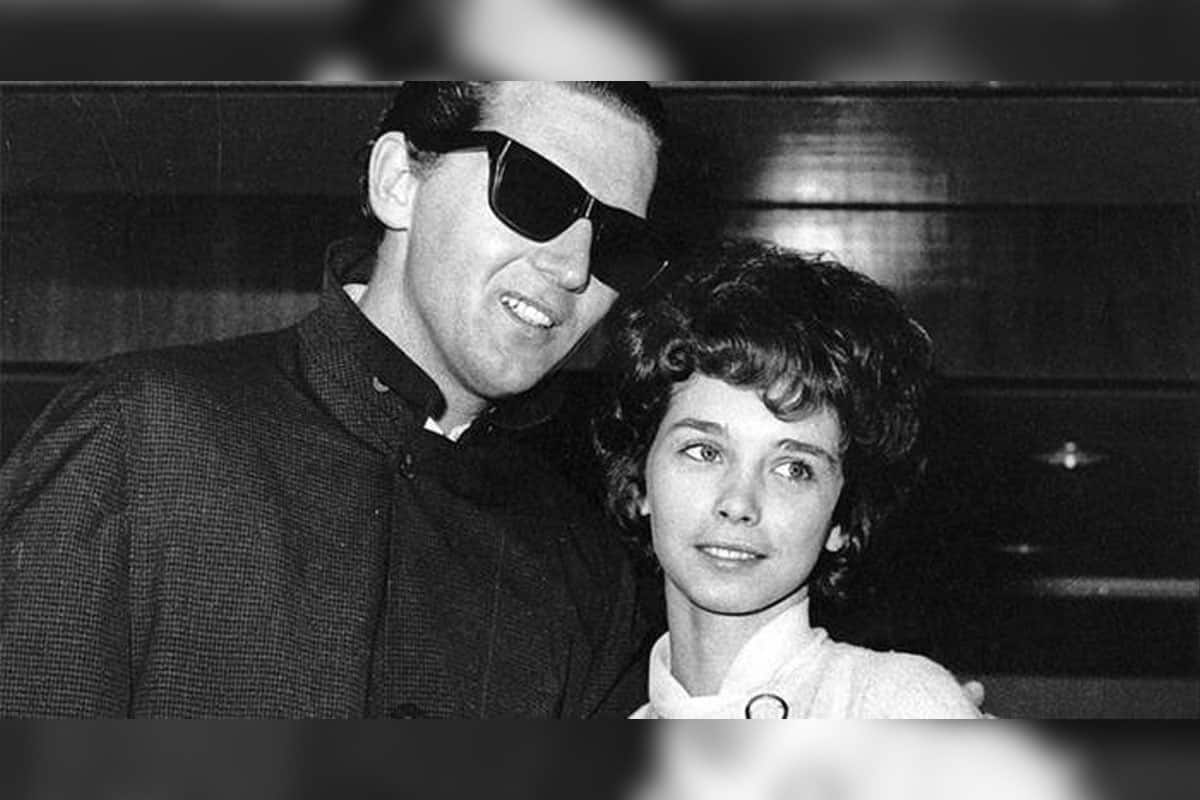 Even when Lewis went on to produce a single, he wasn’t met with a positive response as he had expected, mostly because of the title “High School Confidential.”

Things went so bad that his ticket prices went down excessively.

From selling thousands of dollars’ worth of a ticket, the prices went down to a couple of hundreds only.

This majorly disrupted his career, and he retracted as he received innumerable hate from the public.

Once things turned south for Lewis in the Rock genre, he turned to country music in which he was successful.

Even though his marriage to Myra went on till 1970, he didn’t receive hate as he went on to pursue country music as his main genre.

Through his marriage with Myra, he had two children out of which only one survives till today.

A great thing about their relationship is that even though they ended their marriage in 1970, they still keep up with each other from time to time.

According to Myra, she has no ill-thoughts or bad memories of her time spend with Lewis.

And, she mainly thinks that the media turned it into something bad.

She further thinks that the whole situation was propaganda against rock and roll.