When people say dogs are the most loyal pets a person can have, Hachiko represents how true the statement is.

Hachiko, an Akita breed dog, was born on November 10, 1923, and acquired by a professor of agriculture at Tokyo Imperial University, Professor Hidesaburo Ueno, in 1924.

Professor Ueno took Hachiko from his neighborhood and brought him to live with him in Shibuya, Tokyo. 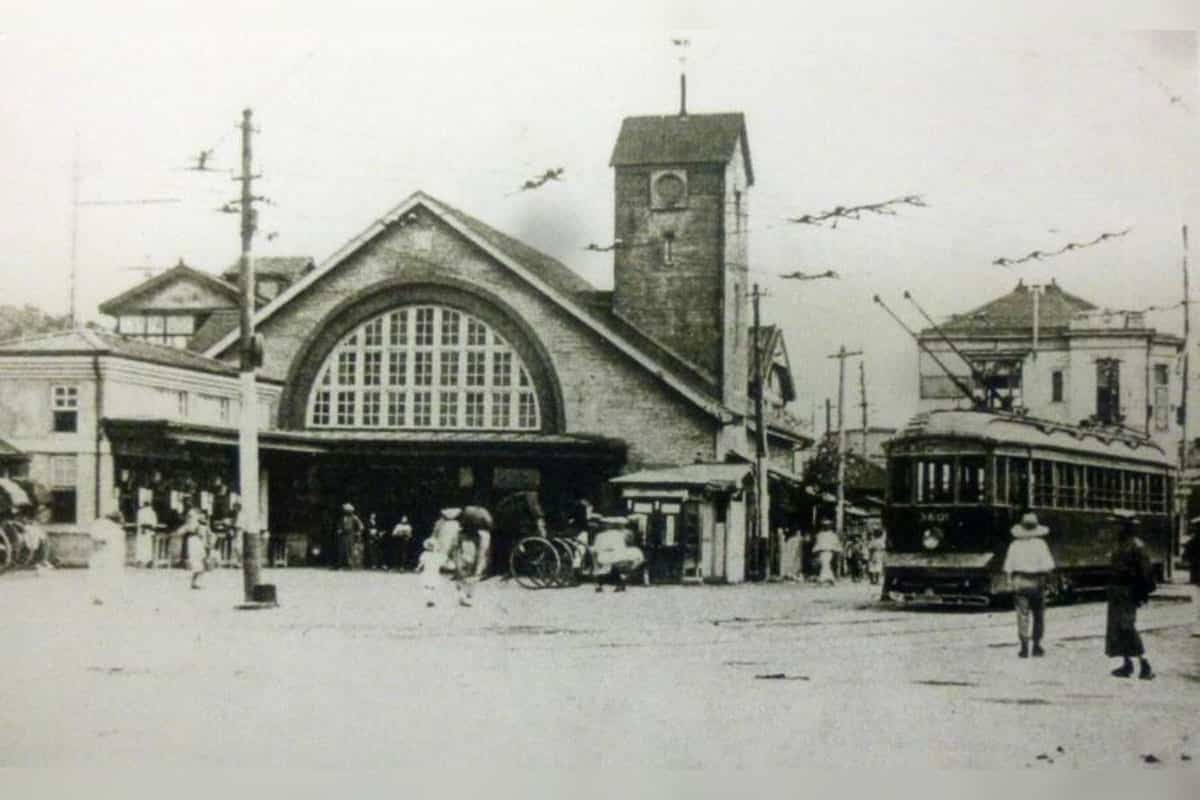 Hachiko was like every dog but little did people know that that was the beginning of a type of bond only once in 100years. Ueno loved Hachiko so much that he treated him like a son. In no time, they became inseparable.

Being a university professor, Ueno would walk to the Shibuya Train Station with Hachiko every morning to take the train to work.

After the day’s work, Ueno would take the train back to the station by three and then walk back home.

While this seems normal, the interesting thing about this schedule is the fact that Hachiko was always at the station waiting to accompany Ueno home, every day.

The pair kept up with their daily routine till everything changed in May 1925 when Ueno experienced a deadly brain hemorrhage while teaching and died almost immediately.

Hachiko, on the other hand, got to the train station at the usual time to wait for his master, but to his disappointment, Ueno never came.

Hachiko was given away with his master’s death and was made to start life with Kuxaburo Kobayashi, Ueno’s former gardener.

But to the surprise of all, Hachiko never gave up on going to the Train station at exactly 3 pm every day to wait for Ueno. Hachiko made it a routine until everyone began to take note of him.

Although he wasn’t well-received at the station for a period, Hachiko was able to win over the love and affection of the station workers and the commuters after showing how unrelenting he was to see his master.

Even though everyone had in a way or another explained to Hachiko that his master is no more, Hachiko believed that Ueno kept his hopes of meeting his mater high.

From days to weeks to months and years, Hachiko never gave up. Everyone thought Hachiko would give up after some days, but to the surprise of all, Hachiko kept going to the Train Station for years.

His loyalty was so pronounced that he became an icon in the Shibuya community. People wondered how much Hachiko had bonded with Ueno for him to stay loyal for years.

People began to call him – Chuken-Hachiko – Hachiko – the faithful dog.

Hachiko’s fame grew so much that Hirokichi Saito, an expert in Akita breed, was also one of Professor Ueno’s former students, decided to take a train to Shibuya station to see if the stories were true.

To his surprise, Hachiko was there hoping for his master’s return. Hirokichi later followed Hachiki to Kuxaburo Kobayashi’s place. 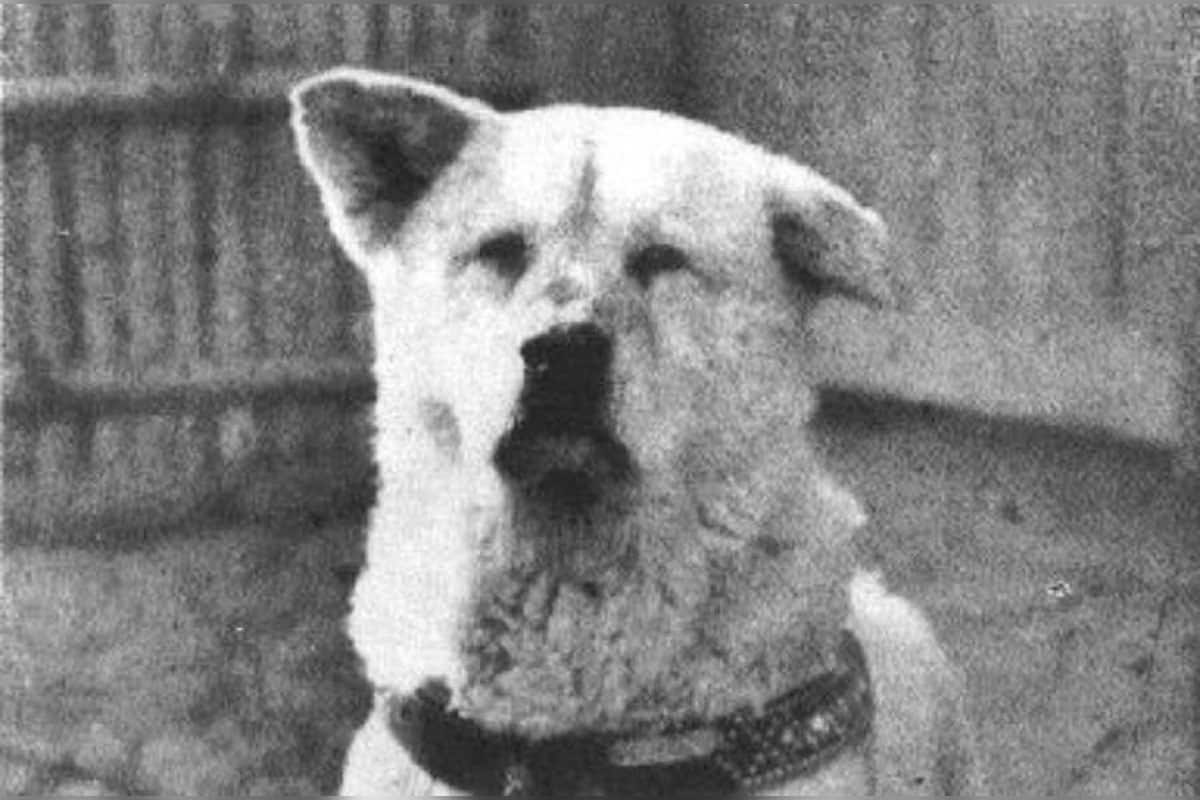 Hirokichi Saito met with Kuxaburo Kobayashi, who told him about Hachiko and his undying bond with his late master Ueno.

Intrigued by his story, Hirokichi released several articles about Hachiko and his detailed loyalty. In no time, Hachiko’s fame spread all through Japan.

In 1934, one of Hirokichi’s articles about Hachiko was published in the national daily Asahi Shimbun.

People from various parts of Japan traveled to see the dog whose loyalty for his master never waned. They played with him and also brought him treats.

While some saw Hachiko as a representation of loyalty, others saw him as a good-luck charm. For nine years and nine months, Hachiko kept his promise to Ueno. He waited at the Train Station every day of his life until he died.

Hachiko’s watch came to an end on March 8, 1935. After years of total commitment and loyalty, Hachiko was found dead in the streets of Shibuya.

For years, scientists tried to find the cause of his death but weren’t successful until 2011. The scientists found out that the Hachiko died of Cancer and Filaria infection.

Although scientists found four Yakitori skewers in his stomach, they stated that the skewers didn’t cause death but cancer and filarial infection. Just like royalty, Hachiko’s death made the national headlines for days.

While some found it painful, many thought it to be a good thing as death was the only thing that could have stopped Hachiko from being restless and sad.

He was cremated, and his ashes were placed next to his master’s grave in Aoyama Cemetery in Tokyo. By placing Hachiko’s ash beside Ueno, many believed that the inseparable duo had become united.

Akita Hachiko became a legacy in Japan. His acts were so astonishing that people donated money to raise a bronze statue of him. 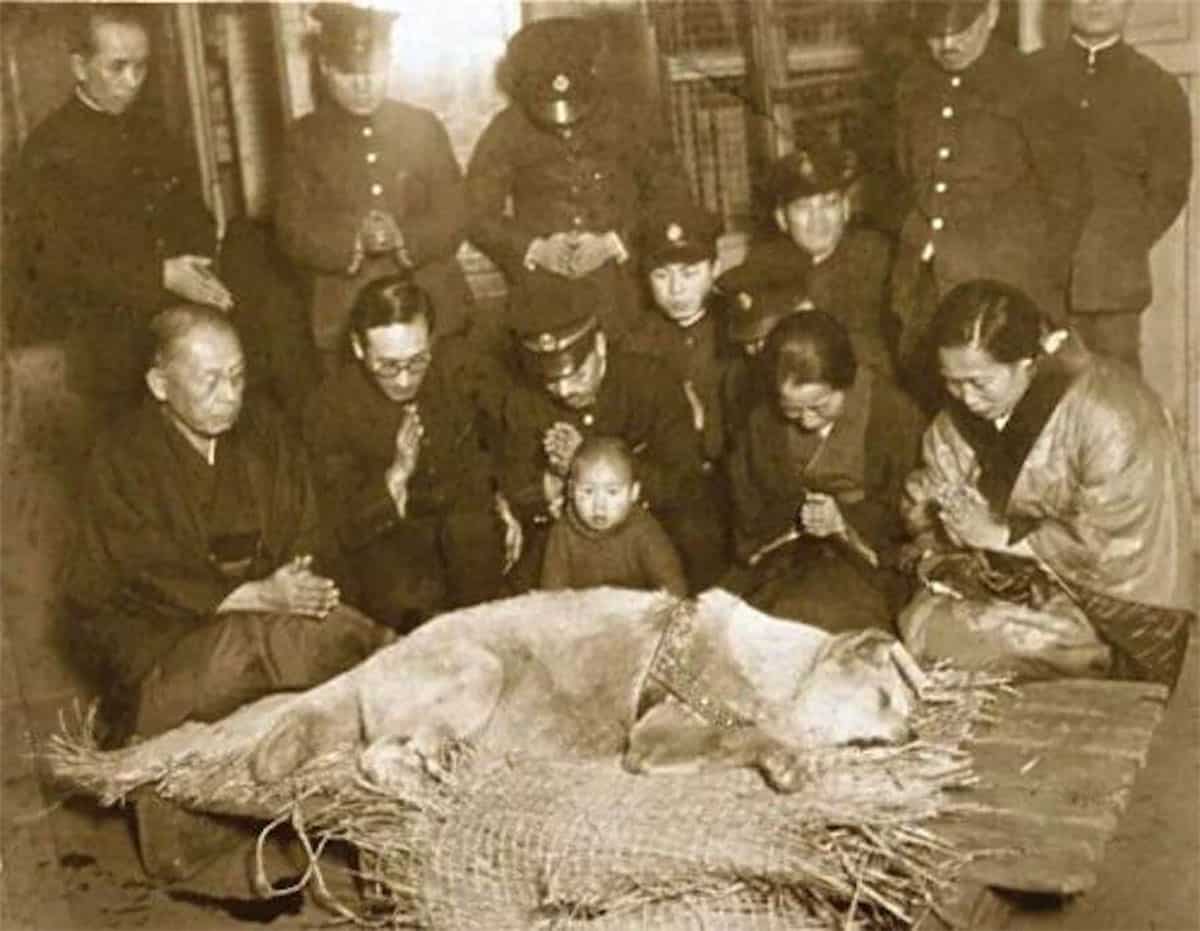 The statue was erected in the same spot he waited for his Ueno for years. However, his statue was melted down and used for ammunition during the Second World War

In 1948, soon after the war, another Statue in the same station was erected for Hachiko. And till date, the statue stands tall and dignified in Shibuya station.

Asides the statue erected at the station, the station’s entrance was also named after Hachiko. It was titled Hachiko-guchi – Hachiko entrance and exit.

Other places where the statue of Hachiko was erected include; the front of Akita Museum, Hachiko’s hometown, the University of Tokyo, and outside the Odate station.

Today, Hachiko’s remains, including his fur, are preserved and displayed at the National Museum of Nature and Science in Tokyo.

Hachiko’s legacy was further preserved and presented when a movie titled Hachiko Monogatari was released in 1987. It became more popular when another American movie titled “A dog’s tale” was released.

The movie starring Richard Gere and directed by Lasse Hallstrom served a plot of a master and his loyal dog.

Although “Hachiko Monogatari” was released in 1987 and “A Dog’s Tale” released in 2009, both movies reflected loyalty as a central theme. To Ueno and the world, Hachiko wasn’t just a dog; he was an example to the world at large.