The story of Colleen Stan is horrifying as she suffered greatly during her 7-year captivity at the hands of a man with a s*xual bondage fantasy.

At the same time, it’s a baffling story because it’s hard to understand the extent to which she was brainwashed so she made no move to escape although she had plenty of opportunities to do so. 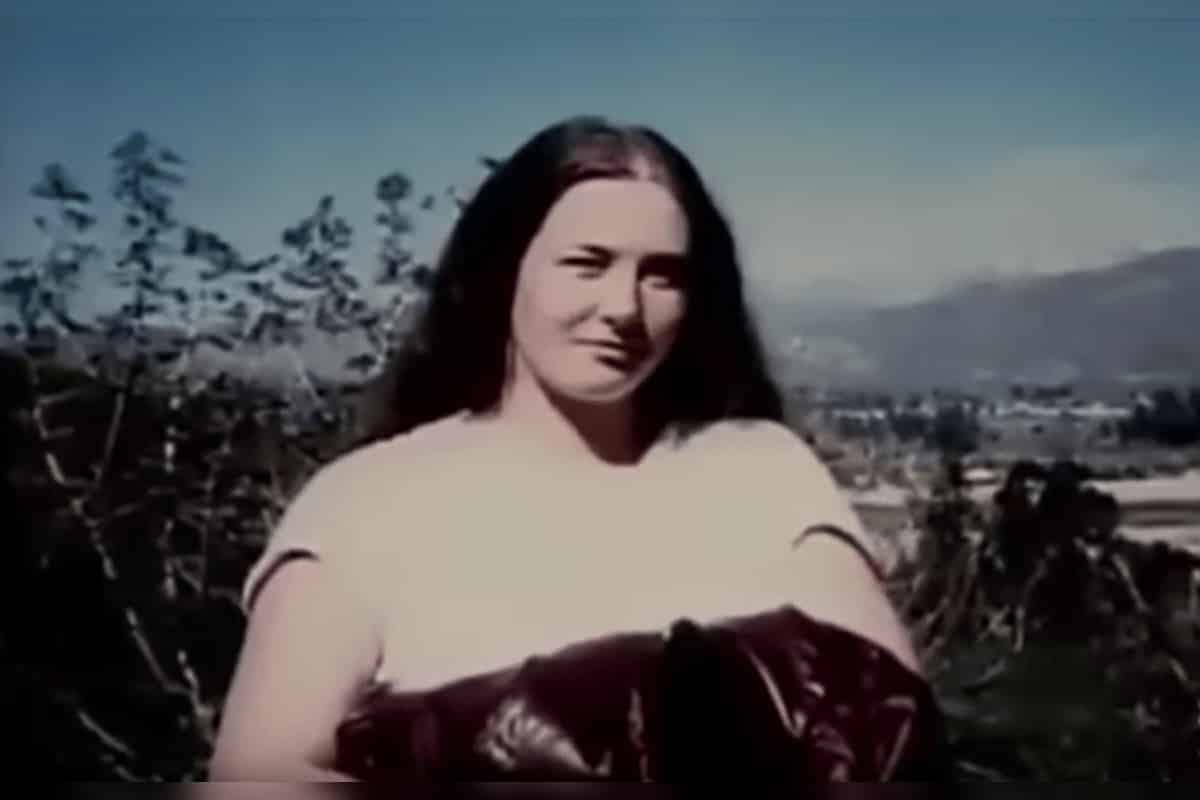 On the day in 1977 that changed her life, she was planning to hitchhike from her native Eugene, Oregon, all the way to California to attend a birthday party.

Millions of Americans have hitchhiked at one point in their lives and Colleen thought herself experienced enough to avoid trouble.

The Nice Family In The Blue Van

As Colleen Stan stood on the side of the road, she refused two offers as the drivers did not seem trustworthy.

When a blue van showed up she was happy to see the driver had his young wife with him plus a baby strapped in the backseat. They seemed a safe bet so Colleen hopped in the van.

The innocent-looking couple were 23-year old Cameron Hooker and his 19-year old wife, Janice. And they had a sick plan.

Cameron had a strong appetite for bondage fantasies and Janice had had enough of beatings and torture. She agreed he could take Colleen as a slave on condition he wouldn’t have actual s*x with her.

Soon enough, Cameron drove the van into a secluded area where he forced a wooden box on Colleen’s head which restricted her movements and did not let her see anything.

She was then driven to Hooker’s house in Red Bluff, California where she would spend the next seven years as a slave and suffer daily abuse. At first, Colleen only had to endure physical violence, but she was not r*ped.

Cameron Hooker tied her to the ceiling by her wrists, then tortured her in the most horrific ways.

She was severely beaten, electrocuted, whipped, and sometimes burned. The couple then had s*x while Colleen was forced to watch.

It wasn’t much later that Cameron started to want more. As he’d promised he would not have penetrative s*x with the slave he’d r*pe her using various implements and sometimes forced her to perform oral s*x on him.

Locked In A Box

Life in the basement dungeon was bad enough, but things took a turn for the worse for Colleen when the Hookers had to move into a mobile home. As there was little space, Colleen was locked in a box under the couple’s water bed.

She was forced to lie in the box motionless for 23 hours a day with little air and a bedpan for physiological necessities which she had to position under herself using her feet.

Summers were terrible as the temperature in the box rose to over 100 degrees.

At the beginning she would be allowed outside for one hour only, to eat and be used for Cameron’s sick games.

The Brainwashing Of Colleen Stan

One of the first things Cameron Hooker told his slave was that he was part of a mysterious organization called The Company, who permanently watched her and her family.

Should she ever try to escape, The Company would torture and kill both her and her family, Cameron said. 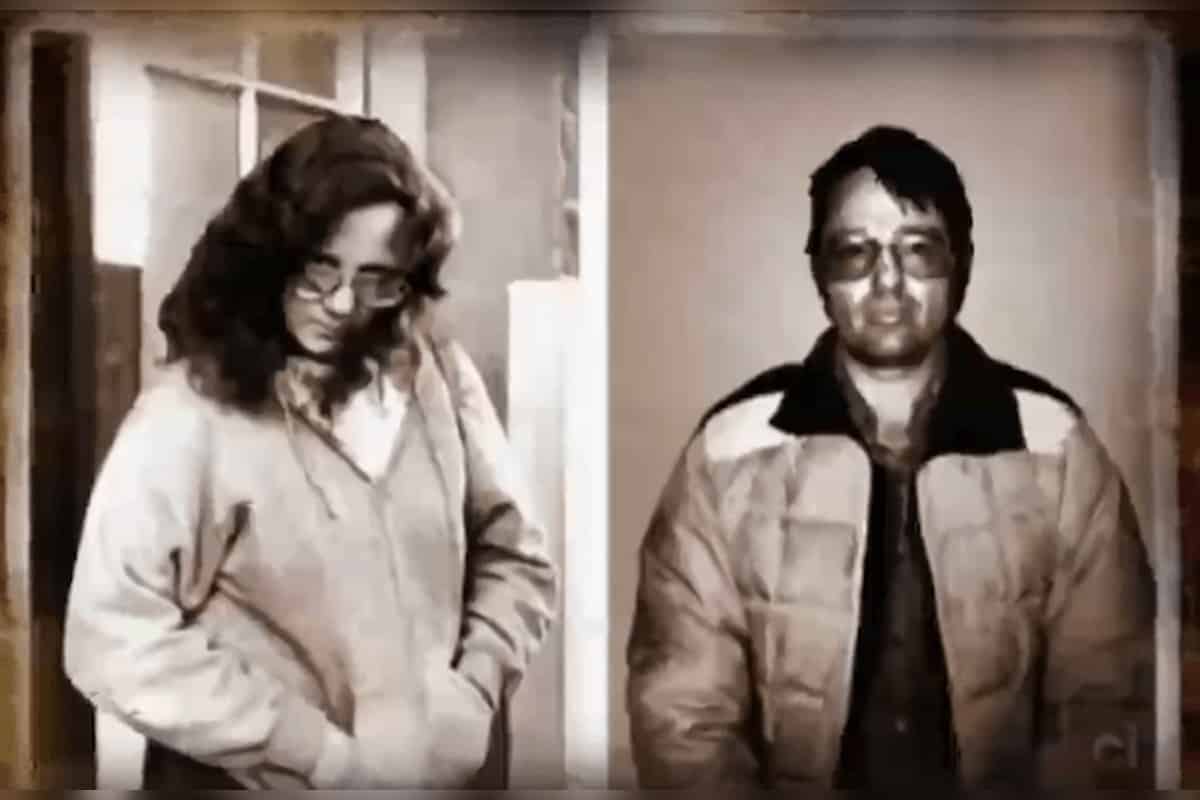 At the same time, he put a picture of a girl right outside the box, the only thing Colleen could see. That girl, he said, was Marie Elizabeth Spannhake, a previous victim whom he had allegedly killed.

As she later recalled, Colleen lived every day in mortal fear of The Company.

“Anytime I was taken out of the box, I never knew what to expect. Fear of the unknown was always with me as I was kept in the dark both physically and mentally.”

More than the beatings and the r*pes, she feared The Company, which is why she never tried to escape.

In 1978, Cameron Hooker convinced her to sign a ‘contract’ selling herself into slavery to the couple for the rest of her life.

She was to be referred to as ‘K’ and address Cameron as ‘Master’ when she was given permission to speak.

If you look at other stories of women held in captivity for years in locked basements, Colleen Stan came to enjoy ample freedom.

It was probably because Cameron trusted her that she was allowed to come out and look after the kids or help him construct an underground dungeon where he’d keep more slaves.

Sometimes she was allowed to go for a jog on her own and she always came back.

The most astonishing part is that she was even permitted to visit her family, alone and still she didn’t say a word.

Later on, Cameron came with her and presented himself as Colleen’s boyfriend.

Her family sensed something was wrong and believed she might be involved with a cult but did not voice their concerns for fear she might cut all contact with them. Instead, they took a picture of the happy couple.

Or rather Janice Hooker sets her free. The miracle happened after Cameron Hooker came up with the idea of taking Colleen as a second wife which put Janice in a difficult situation. 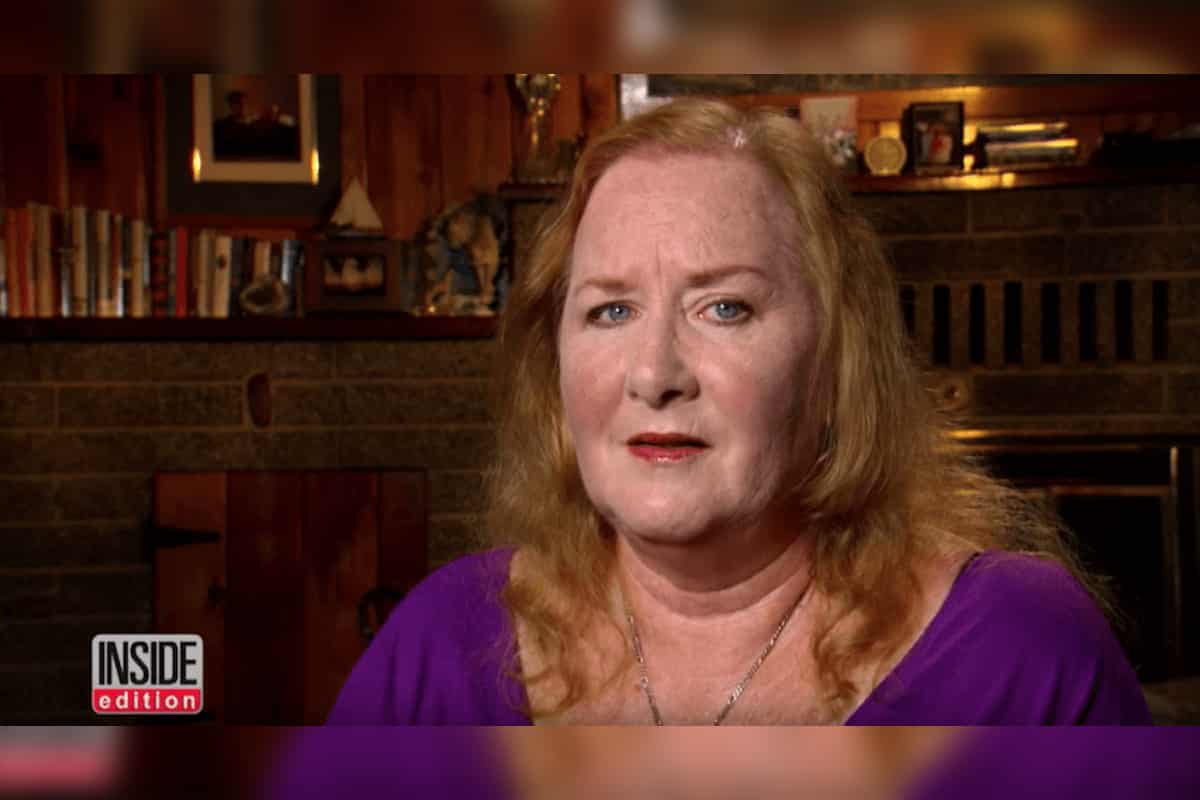 She came clean about the whole story, telling Colleen that Cameron was not part of The Company, although she maintained the organization was real.

Janice confessed that she’d been under Cameron’s spell since they’d first met and she had also been brainwashed.

She helped Colleen escape, but made her promise she would not go to the police because Cameron deserved another chance.

Before fleeing, Colleen phoned Cameron at work and told him she was leaving, and he began to cry.

As incredible as it might seem, Colleen went back to her family and did not say a word about her ordeal. She kept in touch, calling Hooker every now and then.

In the end, it was Janice who went to the police to report Cameron and accused him of also killing Marie Elizabeth Spannhake.

There were no proofs to the murder and the body was never found, so Cameron was never charged on that count.

Janice testified against her husband in exchange for full immunity and Cameron Hooker was sentenced to 104 years in jail for kidnapping and multiple s*xual assaults.

Hooker was denied parole in 2015 and was not supposed to be eligible again until 2030. However, earlier this year, Colleen Stan was informed that due to the COVID pandemic he might appear before the parole board in March 2021.

Both women involved in this terrible story changed their names and continued to live in California. Colleen Stan later married and had a child of her own.