In May 2014, a 12-year old girl was found bleeding on a footpath near Waukesha, Wisconsin, and everybody was shocked to hear her two best friends, also 12, had tried to kill her.

Not that they did not like her anymore, but they wanted to please an enigmatic figure called the Slender Man, who was nothing but an Internet meme.

News of the Waukesha stabbing traveled around the world, frightening millions of parents. What is the Internet doing to our kids? However, as it turned out the Internet and its memes were not really to blame. 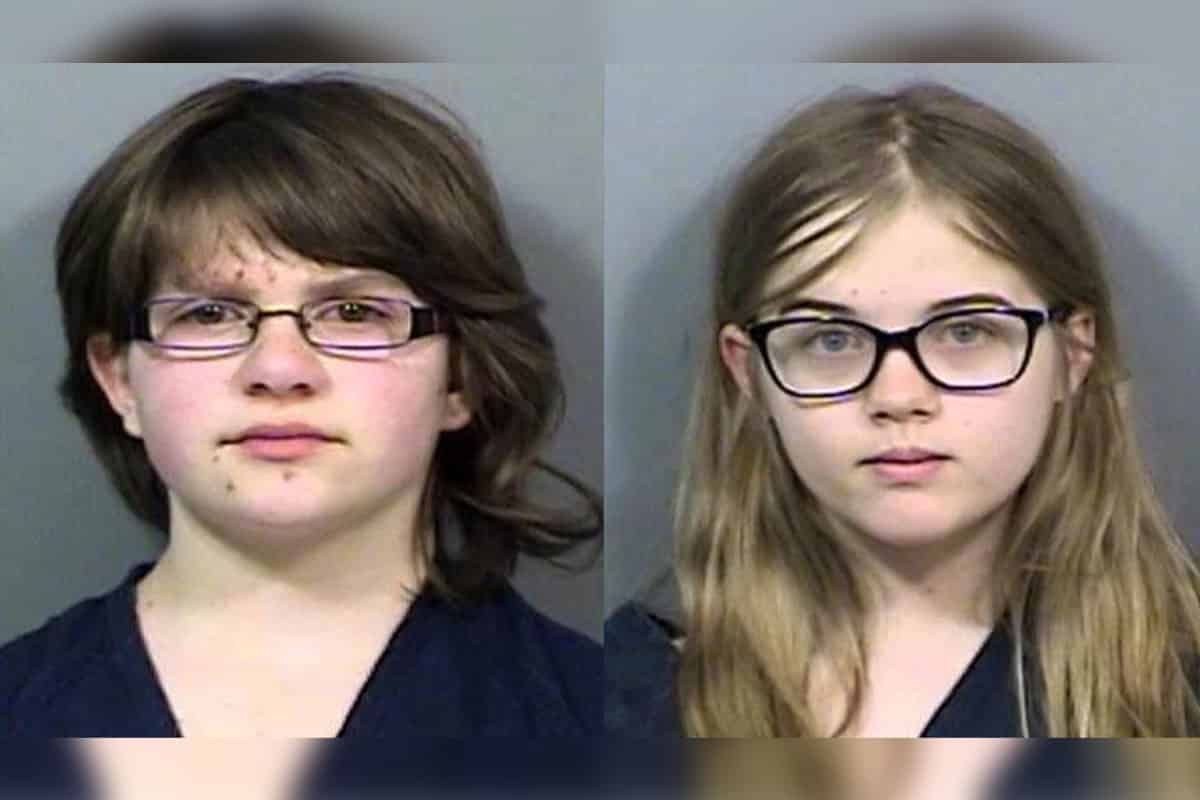 The two would-be killers were both troubled children with severe mental problems that did not allow them to distinguish what’s real and whatnot.

The victim, Payton Leutner almost bled to death after her friends abandoned her in the woods, but she fought for her life and crawled to a path where a cyclist eventually found her.

“My body was working so hard to keep itself alive,” she later recalled. “It was probably like, ‘Vision isn’t really a priority right now.’”

As they were arrested, Morgan Geyser and Anissa Weier admitted their guilt and gave the police an explanation that left them dumbstruck.

They did it to please Slender Man and become his proxies.

They were not kidding, they were not making things up, the two girls believed Slender Man was real.

Who Or What Is Slender Man?

Everybody loves memes these days and Slender Man came to exist in 2009 as a meme, a joke someone made in Photoshop.

Its creator was one Eric Knudsen, aka Victor Surge by his username on the Internet.

It all started with a challenge posted on a website called Something Awful, which did not deal in gore or anything, but rather in the fun stuff.

The challenge was simple enough – take ordinary pictures and turn them into something scary by adding some ghosts, monster, or whatever. Eric Knudsen decided to test his photoshopping skills.

“It was pretty spontaneous,” he told an interviewer in 2011. “I saw some of the pictures in the thread and just decided to make something that I myself would find creepy.”

To make it more creepy and give his ‘monster’ some history, he used black-and-white photos of children playing and carefully added a tall thin creature in the background, watching the kids.

In one picture, he even added some tentacles, a feature that would prove quite popular in the years to follow.

When he was satisfied with the photos he added a cryptic caption:

“We didn’t want to go, we didn’t want to kill them,’” it read, “‘but its persistent silence and outstretched arms horrified and comforted us at the same time’…1983, photographer unknown, presumed dead.” 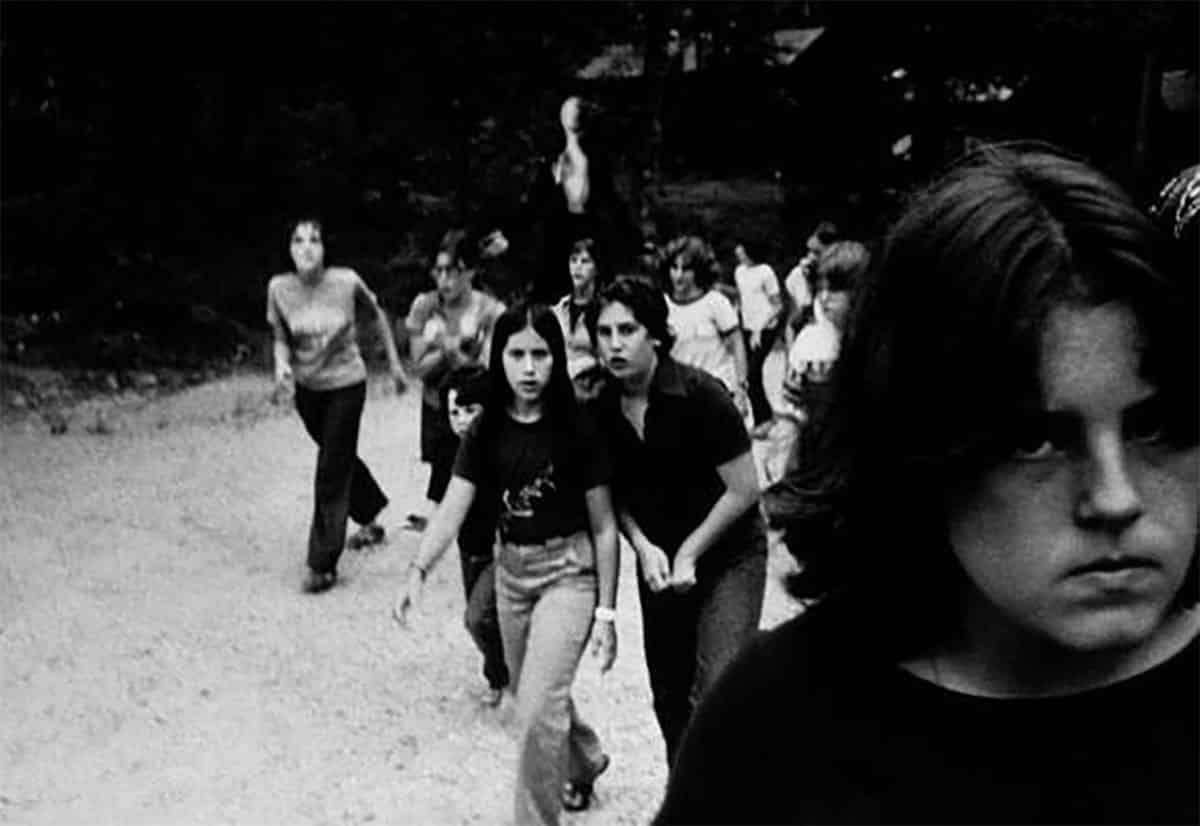 And that’s how the Slender Man was born. However, as any Internet user knows, memes are made to be shared and they become public domain rather quickly. Everyone is free to use them and add something to their story.

How Slender Man Became A Creepypasta

Just 10 days after the Slender Man was born, it became the subject of a YouTube video on the Marble Hornets channel.

The guys operating the channel had nothing to do with Knudsen, they just liked the idea and used it in a sort of Blair Witch Project-style series.

The series is described as “found footage” allegedly presenting the story of a film student being stalked by a Slender Man-like figure known as “The Operator.”

The Slender Man Internet myth continued to grow with countless users adding to the story.

In Internet speak horrible legends about imaginary creatures or places are known as “creepypasta” and millions of users, young and old read such stories.

But they’re just that, stories and people know it’s fiction.

There were even games featuring the Slender Man.

No matter who comes up with a new story or game, the Slender Man is always presented as a tall thin faceless character, with or without tentacles sprouting from his back.

According to Internet lore, Slender Man prays on children, lures them into the woods, and orders them to kill someone to be initiated as his proxies.

That’s exactly what the two girls believed they were doing.

They thought that by killing their friend Payton they would earn their invitation to Slender Man’s house in the woods.

“Morgan said, ‘Hey Anissa we should be proxies,” I was like, “OK, how would we do that?’” Weier told the police.

Morgan Geyser had her plan drawn out and she told Anissa Weier that if they did not kill Payton Slender Man would “kill [Weier’s] whole family in three seconds.”

Oddly enough, the girls were aware of the fact that other people said Slender Man was not real and wanted to prove them wrong. 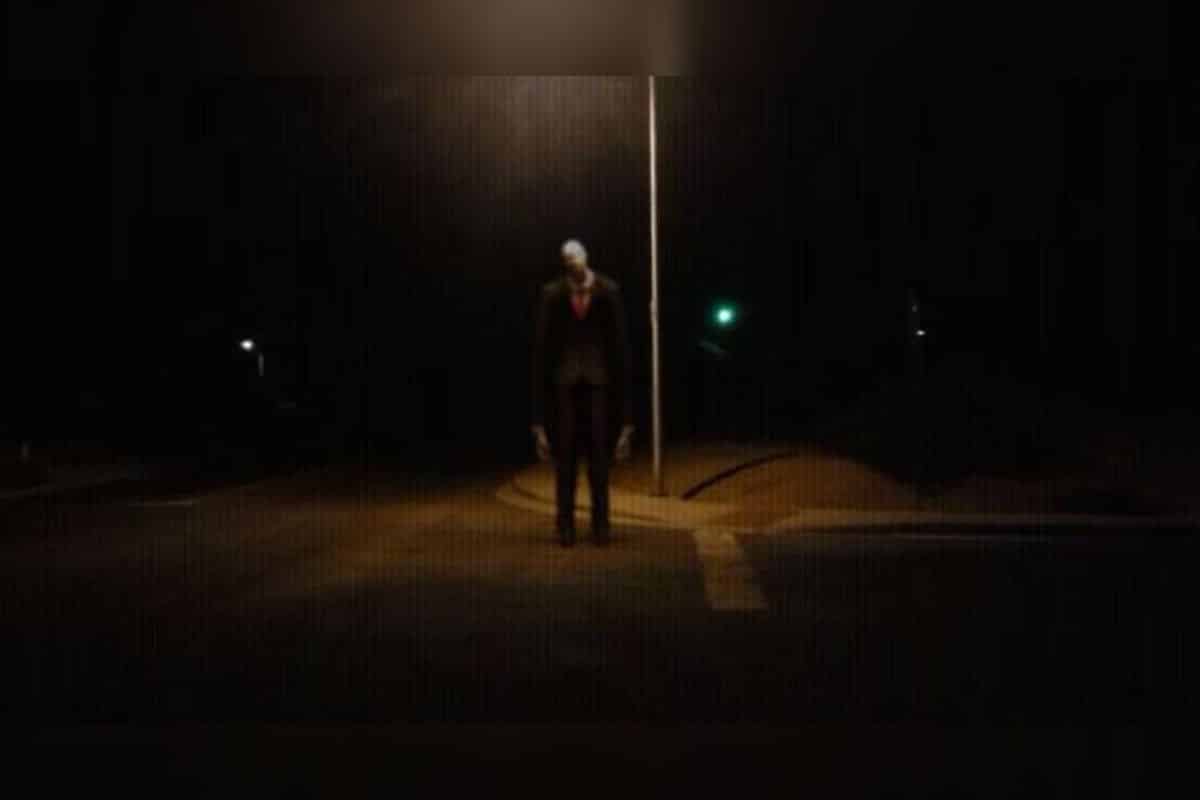 “I was excited because I wanted proof that he existed because there were a bunch of skeptics out there saying he didn’t exist,” Weier said.

“Morgan and I were going to be like lionesses chasing down a zebra. I was going to tackle her and then Morgan was going to do the stabbing.”

The two girls were tried as adults, but Morgan Geyser was diagnosed with schizophrenia, a condition inherited from her father, and sentenced to 40 years in a mental institution.

The other girl, Anissa Weier was said to suffer from a “shared delusional disorder,” which made her believe what nonsense her friend said.

Both girls regretted their stupid attempt to kill their friend.

They were not the only kids to fall for the Internet meme.

In June 2014, an Ohio woman was attacked by her 13-year-old daughter, and the mother later explained the girl had a history of mental issues and had become obsessed with the Slender Man story.

The case of the Wisconsin stabbing reignited the debate around the Internet and the danger it represents to children, but the only solution is parents taking an interest in what their kids do online.

Slender Man is still out there, he has his own wiki and dedicated followers who only want to be left alone.

They’re just having fun and cannot be made responsible for what a crazy kid might do.