The year was 1863 and the Civil War was in full swing.

While everyone knew about slavery in the South, many people up North had little idea about the terrible things that happened on the plantations.

The picture of Gordon the Slave changed that as the marks on his back were ample proof of what life was like for the black people. 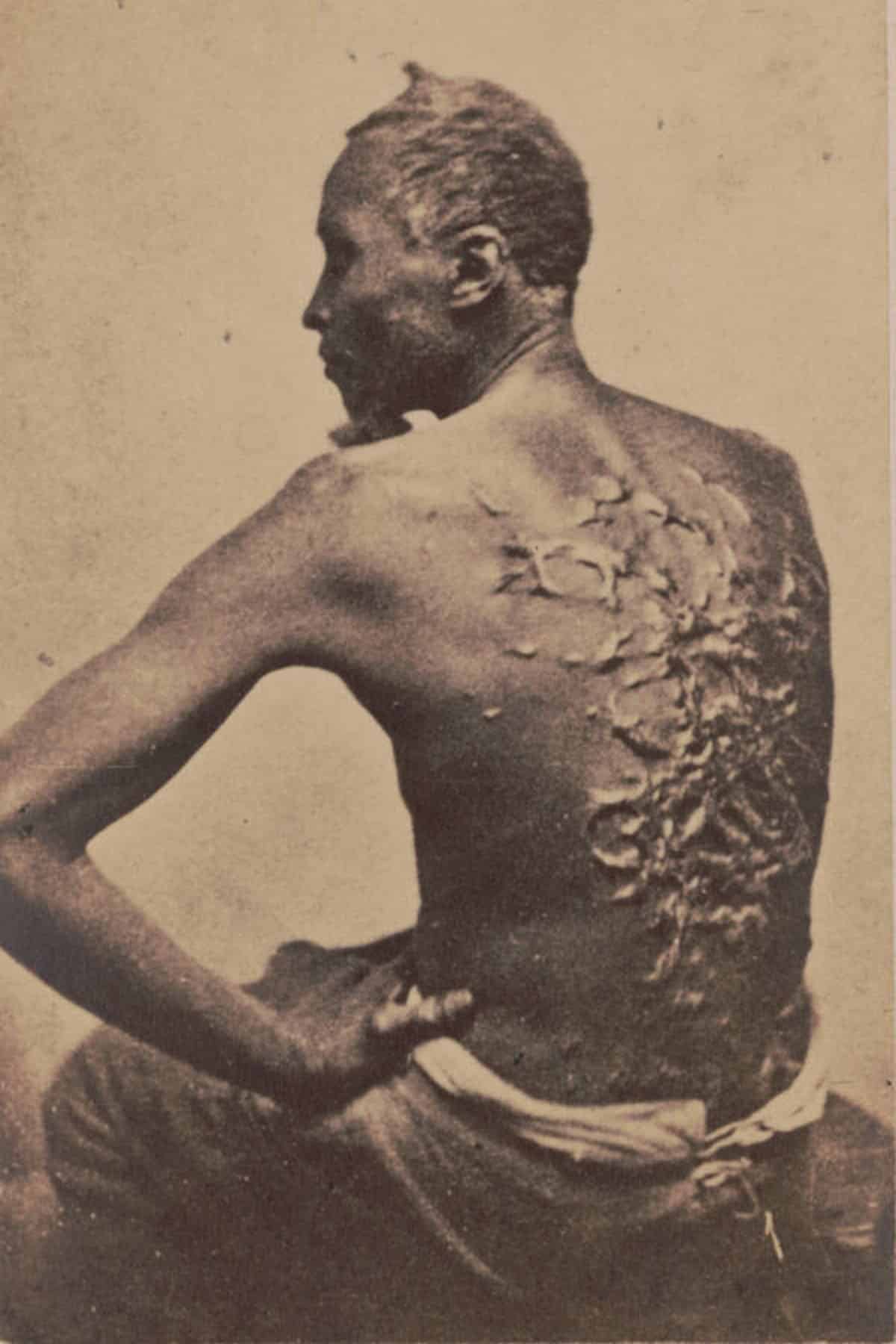 When Gordon made it across the picket lines of the Union Army’s XIXth Corps in Baton Rouge, Louisiana, he was a wild apparition.

The soldiers were used to terrible things by that time, but they were still shocked to see the exhausted man stumble into their camp.

He was barefoot, his clothes were torn and dirty after the long trek, but he was happy. He was safe, he was free.

The man had a frightening story. He had just escaped from a plantation in St. Landry Parish.

His owners John and Bridget Lyons kept around 40 slaves at the time.

In the fall of 1862, he had been viciously beaten by an overseer who then put brine over his wounds.

He was left half dead and it took him two months to be able to leave his bed.

By that time, his owners had fired the overseer responsible, but the slave who went by the name of Gordon had made up his mind.

He was going to run away as soon as possible and join the liberators, the Union Army.

It took him ten days to cover the 80 miles to the battle lines, making his way carefully across the muddy fields of rural Louisiana.

His main concern was not to get caught and he rubbed himself with onions he’d stuffed in his bag to throw off the hounds. It worked.

“The overseer… whipped me. My master was not present. I don’t remember the whipping. I was two months in bed sore from the whipping and salt brine Overseer put on my back. By and by my senses began to come – they said I was sort of crazy. I tried to shoot everybody,” Gordon said according to a story ran by the “New York Daily Tribune.”

Gordon did not have to join the army, but he wanted to. He wanted to help his people gain their freedom, too and this was the only way.

The slave did not ask for pity and did not use the marks on his back to elicit compassion.

In fact, the extent of his suffering was only discovered during a routine medical examination when he enlisted.

Little is known about Gordon’s life before or after the war, but his picture became a symbol of the cruelty of slavery in the South.

Many magazines of the time carried the picture of the man sometimes referred to as the “Whipped Peter.” 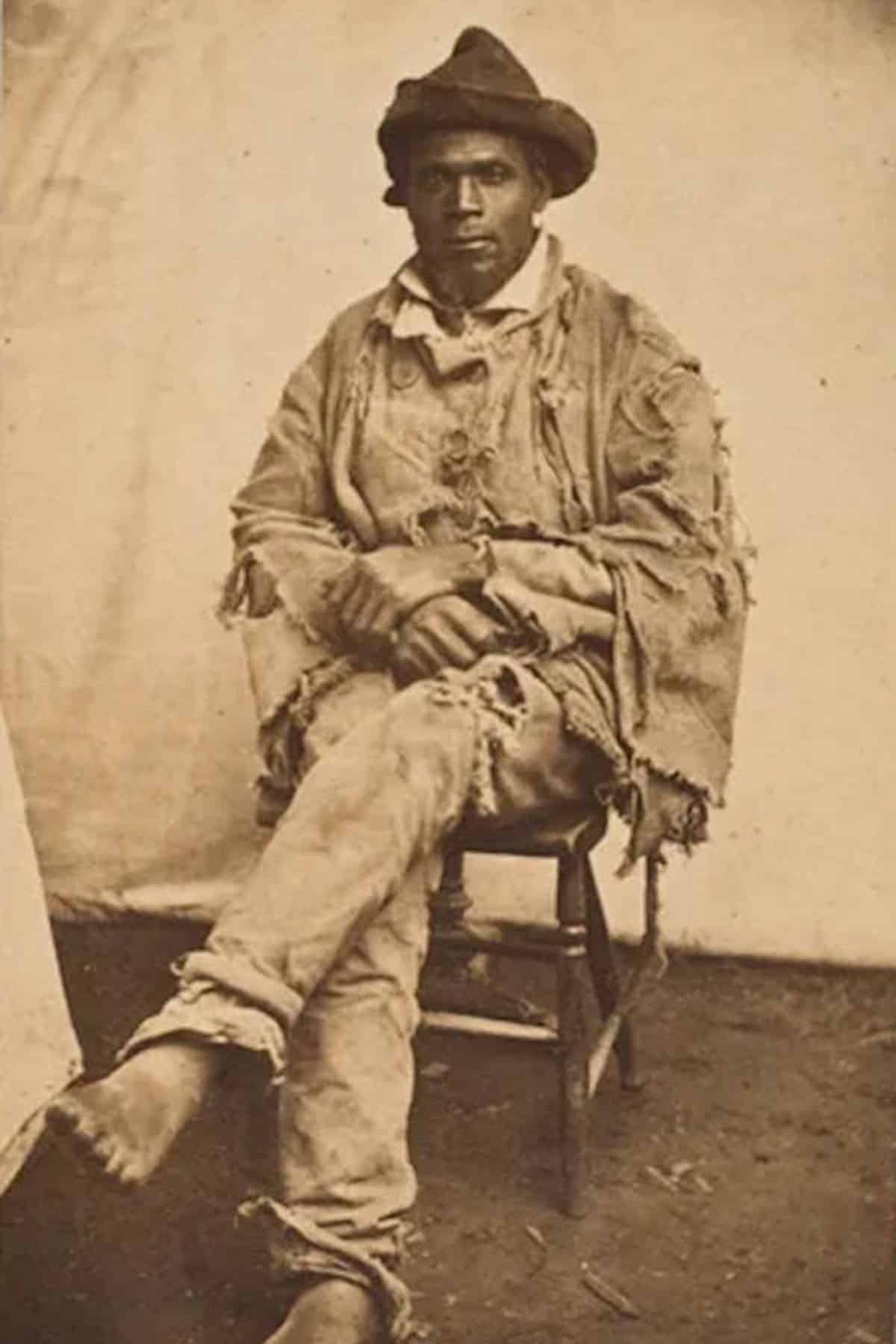 There were actually three pictures of Gordon, one taken soon after his escape, one with him in uniform and the image of the half-naked man showing the terrible scars on his back.

They say an image is worth a thousand words. The photo of the terrible welts crisscrossing that man’s back spoke volumes.

The pictures taken in Baton Rouge were sent to the Surgeon General of the United States by Samuel K. Towle, a surgeon with the 30th Regiment of the Massachusetts Volunteers.

This is how he introduced the harrowing images:

“Few sensation writers ever depicted worse punishments than this man must have received, though nothing in his appearance indicates any unusual viciousness — but on the contrary, he seems INTELLIGENT AND WELL-BEHAVED.”

In July 1863 ’Harper’s Weekly’ reproduced the image to illustrate the article “A Typical Negro.”

His image also appeared on a so-called card photograph and was printed in thousands of copies.

He became a symbol of the bravery of African Americans and a catalyst for the Abolitionist movement.

The powerful image changed the perception many people had about African Americans at the time and they understood they were people, not property.

At the time, black people were enslaved for life to their owners with no hope of ever gaining their freedom.

No wonder so many blacks wanted to fight in the Civil War. 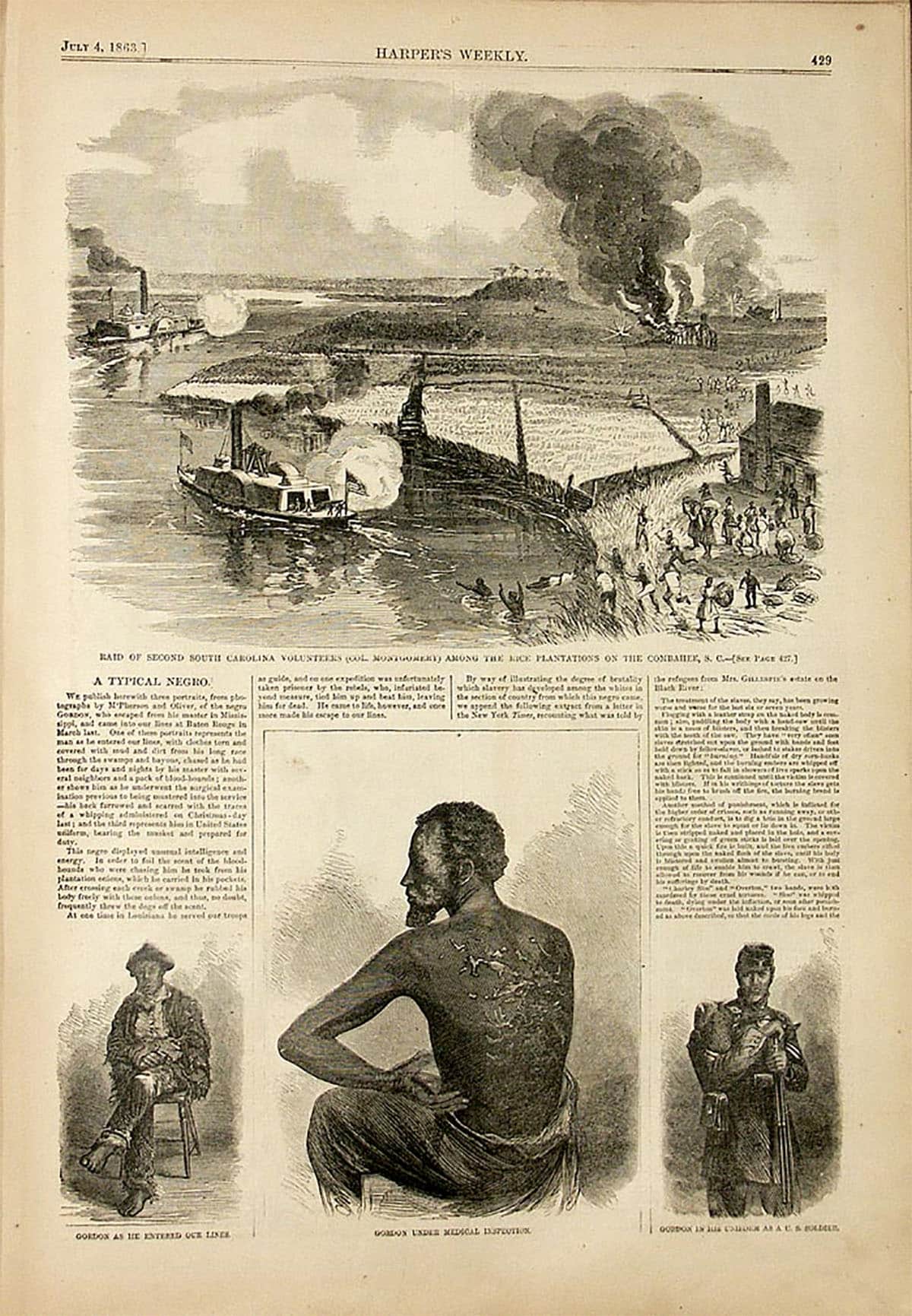 Around 25,000 freedmen joined the army in Louisiana alone as soon as the War Department issued General Order No. 143 which authorized freed slaves to enlist in Union regiments.

For his part, Gordon fought with the Second Louisiana Native Guard Infantry and took part in many battles, including the siege at Port Harbor, Louisiana.

According to Harper’s Weekly, Gordon “served as a Union guide in Louisiana, and during one expedition he was taken captive by Confederate forces, beaten, and left for dead. Yet, he supposedly survived and returned to Union lines.”

It is estimated that a total of 180,000 former slaves fought during the Civil War.

Many of them sacrificed their lives so that their brothers and sisters could be free.

Besides countless magazines, books and scholarly articles, the iconic image was featured in the 2012 Oscar-winning movie Lincoln, in which the photograph acts as a reminder of what the Union was fighting for.

Gordon’s fate after the war is not known, but his legacy endures to this day.