by Factionary 1 month ago4 weeks ago
472views

One of the most unusual things to happen to a media house is a headroom hack. Hacking was considered rare until a headroom hack occurred on Nov 22, 1987, in Chicago.

Dan Roan, the Chicago sportscaster, covered the highlights of the Bear’s victory over the Detroit Lions when he suddenly disappeared from the screen 14 minutes after he started.

At first, people thought it was a glitch in the system, but they realized they were wrong when a new and unusual figure appeared on the TV. 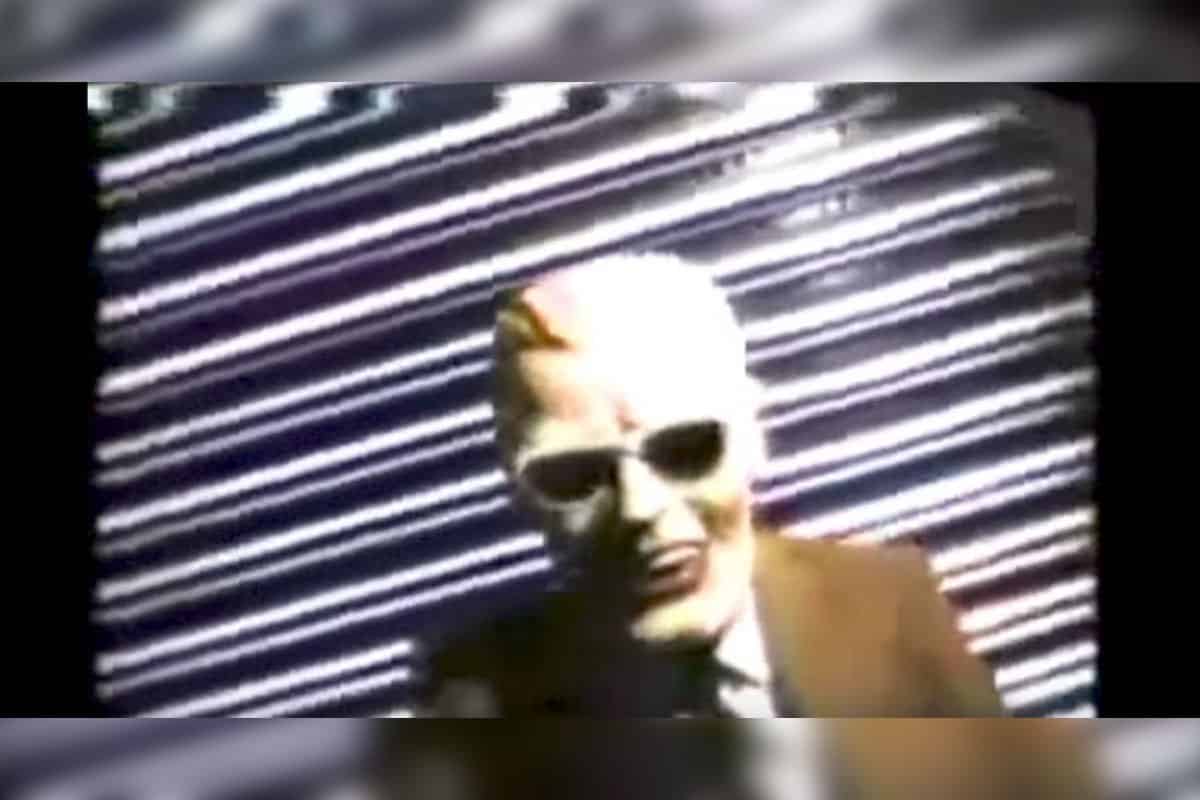 Reports stated that the figure which appeared looked like the artificial intelligence television character, Max headroom.

Asides the way he dressed, the grey background behind the figure was the same as the one used by the television character.

For 30 seconds, everyone wondered how the frightening figure hacked a system that has never been hacked. They wondered about the identity of the intruder and his aim in distracting members of the public.

Exactly after 30seconds, the signal engineers broadcasting channel nine at WGN switched the transmitter’s frequency to allow Dan Roan to continue with his show.

“Well, if you’re wondering what’s happened… clearly as confused as the viewers…ha-ha…so am I.”

Dan continued his broadcast while the engineers took quick action to search for the masked intruder. They thought the intruder was an insider but efforts to find him failed.

They later released that the broadcast was a pre-recording by an unknown person in a different location.

As if that wasn’t enough for the night, a second hack occurred two hours after the first Hack.

PBS affiliate WWTW was airing an episode on Doctor Who when the video cut out, and the familiar masked figure appeared.

Unlike the first Hack, the second one came with an audio recording.

“That does it. He is a fricken nerd.”

He mentioned a WGN pundit, who claimed to be better than him, raised a can of Pepsi while reciting the Coca-cola slogan (catch the wave), flipped off the camera, and began to sing “your love is fading.”

The figure hummed, muttered some phrases along the line, screamed, and began to moan.

While throwing jabs at WGN’s acronym and corporate parent, The Chicago Tribune, the figure claimed, “I just made a giant masterpiece for all the greatest world newspaper nerds.”

Later on, he held up a glove and exclaimed, “my brother is wearing the other one. But it’s dirty! It’s like you got bloodstains on it!”

Then the camera cuts to Max in a new position. His mask was seen dangling near the camera, his face was off-screen, and his buttocks partially exposed.

Suddenly he screamed, “They are coming to get me.” On the other side of the screen, a woman spanked his ass, and in response, he yelled, “Come get me Bitch.”

Just as quickly as he intruded, he left, and the channel resumed the regular schedule of Dr. Who.

Was The Hack Successful? 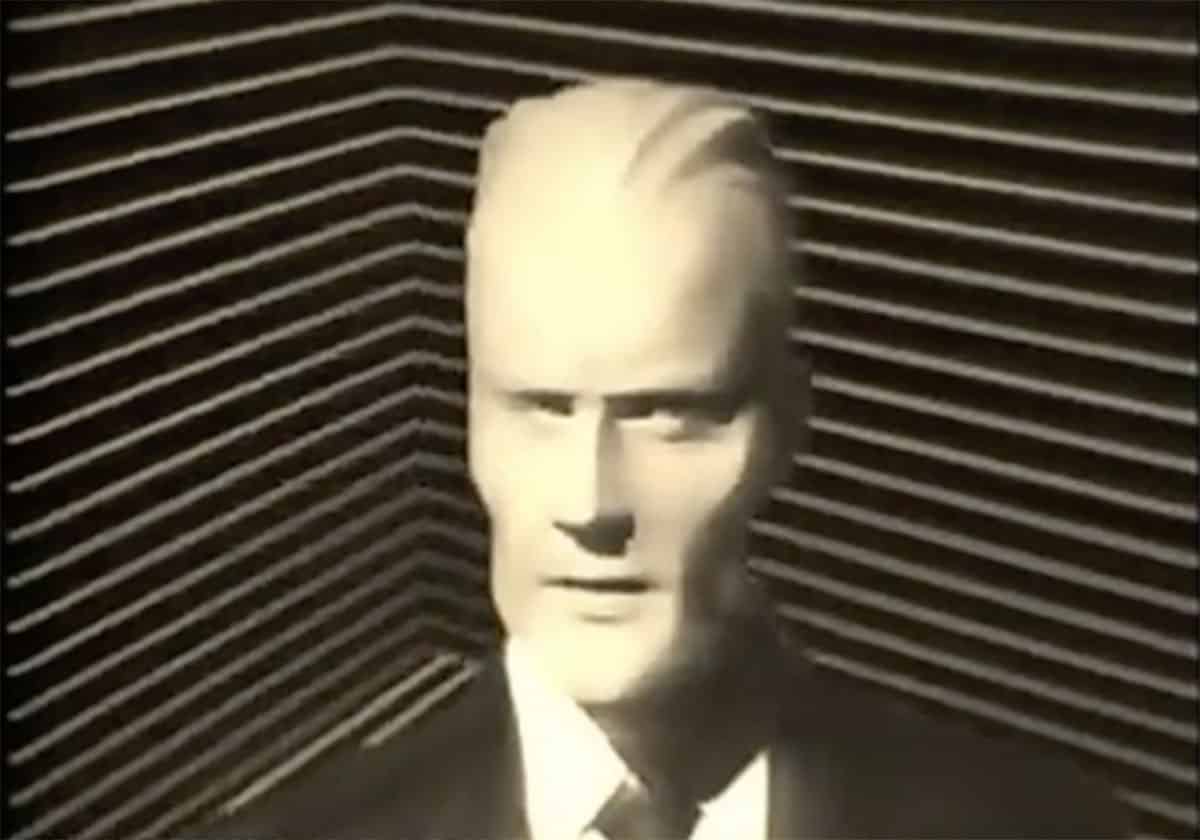 The Max Headroom hack lasted for about 90 seconds before the transmitters were able to cut it off.

The management stated no engineer was on duty at the WTTW transmitter tower when the transmission occurred.

They said that they could have curbed the situation if they had an engineer on duty.

In an interview with Tribune, a spokesman for WTTW stated, “By the time our people began looking into what was going on, it was over.”

Although the station couldn’t record the Hack because no one was on duty, they got copies from Dr. Who’s fans, who taped the episodes on their WTTW, WGN, and VCRs.

The station kept rebroadcasting the video to keep everyone aware of the Hack. Thousands of Chicago residents had mixed feeling about the event.

While some were surprised about how someone had managed to hack Chicago’s broadcast twice, some were amused while the others got upset for having their show interrupted by an unknown figure. Unlike the light reactions from the people, the government didn’t take the Hack casual.

Following the authorities’ orders, the agency responsible for regulating airwaves, FCC, placed all efforts on identifying the person who put Chicago on hold for 1 minutes and 22 seconds.

Phil Bradford, an FCC spokesman, told a reporter the next day, “I would like to inform anybody involved in this kinda thing, that there is a maximum penalty of $100,000, one year in jail, or both.”

Just as FCC worked on identifying the culprit, confused and sympathetic viewers kept calling WTTW and WGN for days to inquire about the Hack.

A man told one of the reporters, “I got so upset that I wanted to bust the TV set.” A fan of Dr. Who, who wasn’t impressed with how the intruder interrupted her favorite TV show, stated, “We are going to have to tape over it.”

While addressing the populace, WTTW spokesman, Anders Yocom said, “All in all, there are some who may view this as comical.

But it is a grave matter because illegal interference of a broadcast signal is a violation of federal law.’”

How Was The Hack Done?

FCC found out that the hacker placed their dish antenna between the transmitter towers.

The hacker only made use of good timing and positioning to interrupt the original signal effectively.

Based on the background of the recorded videos, FCC stated that the location where the act was carried out was most likely the roll-down door of a warehouse. They eventually tracked the assumption to a warehouse with such doors.

The Hunt For The Hacker

Despite the clues discovered by the FCC agents, the man behind the mask wasn’t found. Although rumors floated around, most of them weren’t investigated.

With lots of people confused, it’s no doubt that the people behind the Hack didn’t want to draw attention to themselves as they faded in no time. Years after the Hack, the topic remains in the hearts of many. 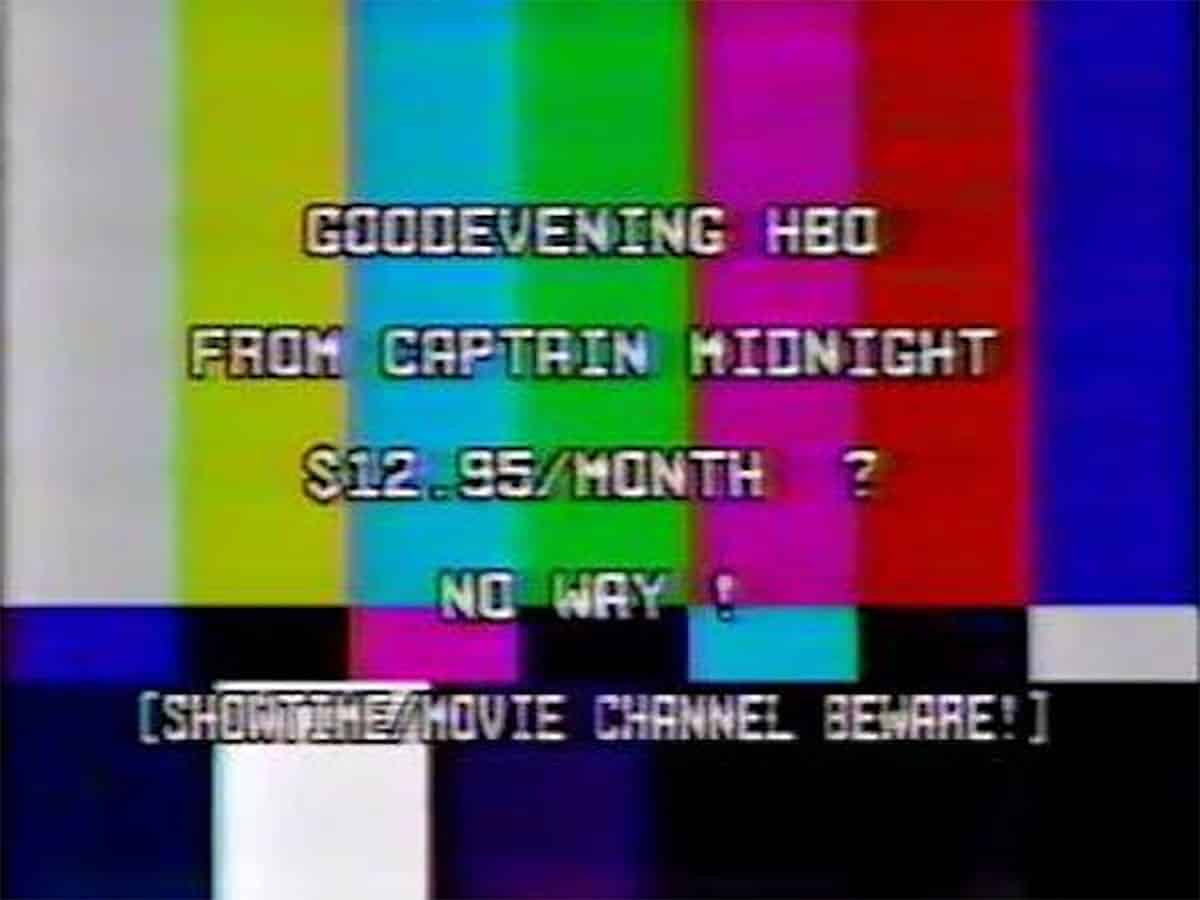 Eric Fournier, the creator of Shaye Saint John, has appeared on several forums as the man who was most likely behind the screen.

Fans have pointed to the similarities between Fournier’s videos and the hacker’s footage. However, Fournier’s friends stated that the rumors were ridiculous as Fournier knew nothing about broadcast communications.

More so, he wasn’t in Chicago at the time of the hack. While everyone hoped Fournier would confirm the rumors, he sadly died from internal bleeding in 2010, thus leaving many to conclude rumors.

Although the Max headroom hack remains a significant event in Chicago, it wasn’t the first of the last.

In April, 27, 1986, Captain Midnight (known as the first hacker) hacked the broadcast signals to and interrupted a show to broadcast his messages and showcase his anger towards HBO for raising their prices.

Captain midnight broadcasted his message for about five minutes before HBO could regain control.

Since his crime was a new crime at that time, he was asked to pay a fine of $5000, put on probation, and had his license suspended for a year. Two years after the first attempt, satellite hijacking became a felony with high stakes.

While there have been many hacks after the Max Headroom hack, the Max headroom became a golden standard for hackers. Unlike others, the hacker had weird content and was never caught.