by Factionary 4 weeks ago3 weeks ago
365views

Here’s the unfortunate truth: most Hollywood performers tend to live a life that is often filled with difficulties.

However, when it comes to child actors in Hollywood, the situation becomes much worse.

The intense lifestyle that comes with spending your early years in Hollywood has led to the downfall of some of the most popular child actors – some of whom escaped from the big screen, and others who chose to end their own lives. 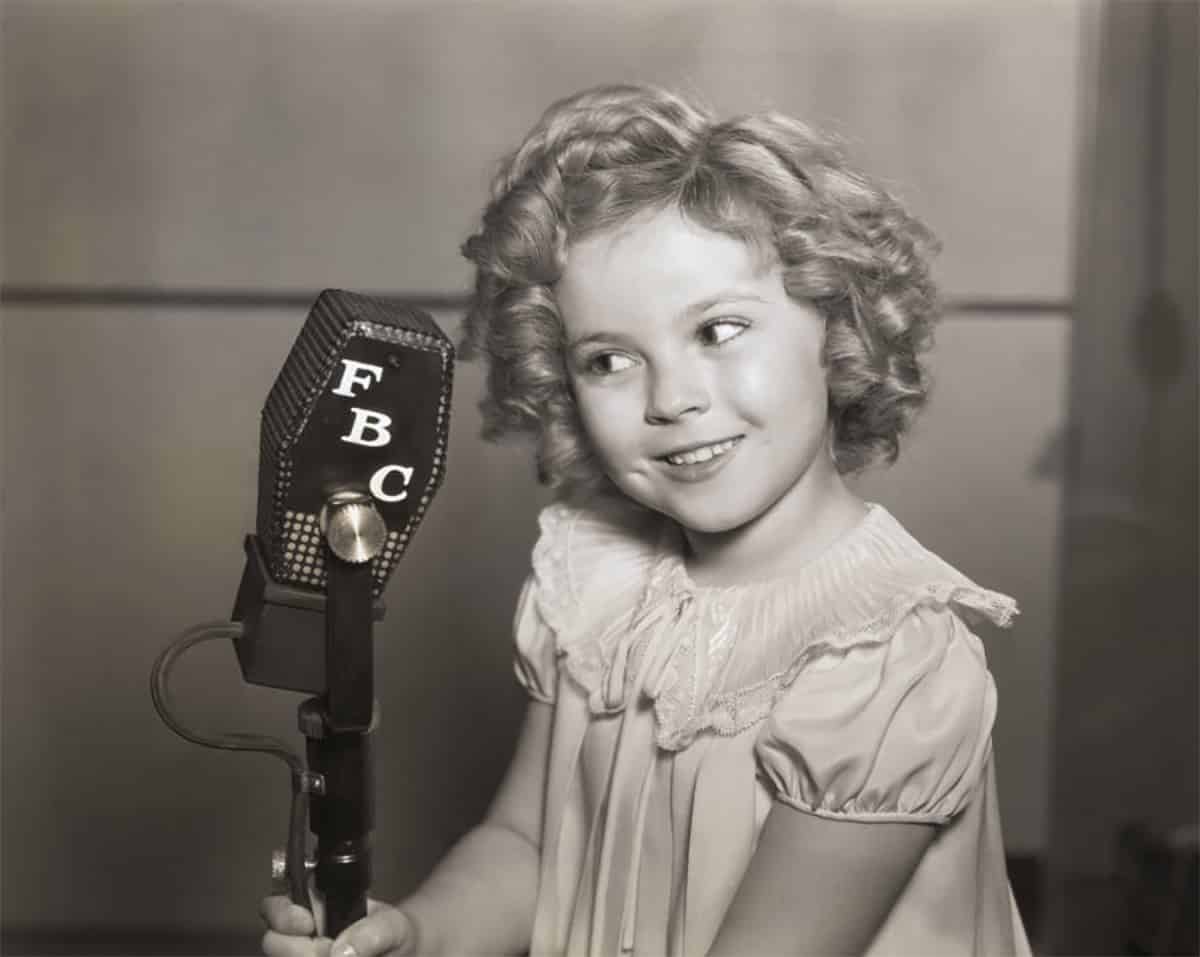 Being one of the first child stars to become instantaneously popular, Shirley Temple was widely known for her plucky attitude, lovable dance moves and her iconic curly red hair.

While she is commonly associated with joyful movie titles such as Curly Top or The Littlest Rebel, the beginning of her career was rather shaky and odd.

Before stepping into the spotlight in Hollywood, Shirley Temple was part of set of films known as Baby Burlesks.

These films consisted of toddlers who played parodies of mature films revolving around the topics of current affairs, actors, and politics.

While this concept may not sound all that bad, the child actors in Baby Burlesks were often required to wear inappropriate clothing and reenact adult scenes.

Amongst these films is War Babies, where Shirley Temple is spotted wearing a loose-fit top that constantly slips and falls down in her arms and is required to present herself as a prostitute.

Later in life, Temple stated that the films had greatly exploited the actor’s childhood innocence and were also racist and sexist at times.

While Temple’s career progressed, news regarding the beginning of her career spurred and many harsh rumors began to spread about her. 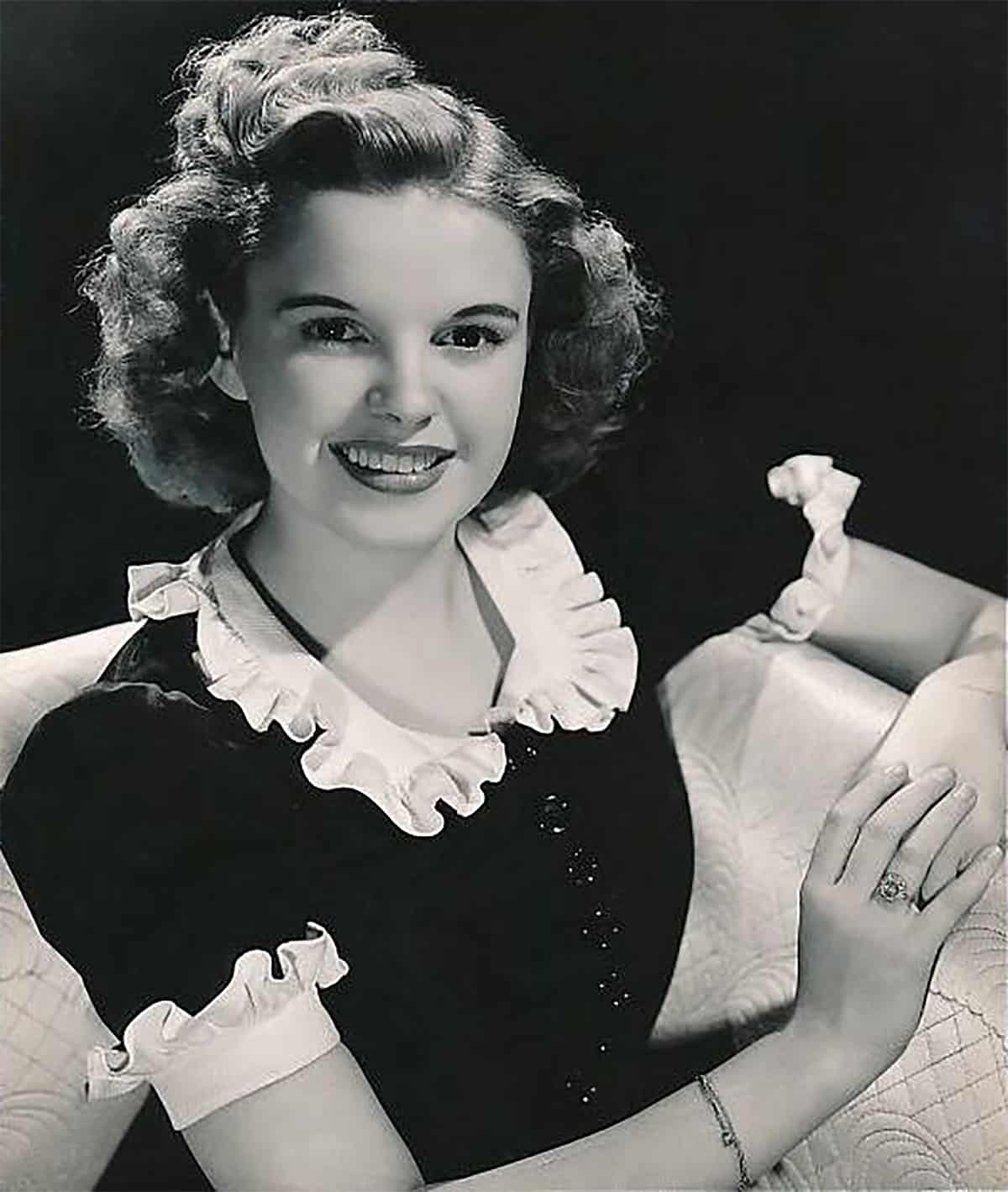 Popular for her spectacular voice and feminine charm, Judy Garland played some of the most iconic roles in Hollywood’s history – such as Dorothy in The Wizard of Oz and Ester Smith in Meet Me in St. Louis.

However, behind the big screens of Hollywood lie the years of torturous pressure that lead Garland to her substance abuse and early death.

Reports suggest that Garland’s studio head constantly referred to her as an ugly duckling, convincing her to wear caps on her teeth and reshaping her nose in order to make her look more appealing on camera.

As a result, Garland faced a lifetime of self-image issues, believing that she was really unattractive. As a result, she quickly became addicted to amphetamines.

According to a self-made statement later, Garland admitted that she had taken drugs with the MGM studio executives back when she was obviously underage. At the age of 47, Garland found herself broke, in despair, and deeply in debt.

Despite her quick rise to stardom in Hollywood as a child star, Judy Garland had led a life filled with mental health struggles, substance abuse and even physical torture.

In June 1969, the once-famous child star was found dead in her London apartment.

According to medical reports, the cause of death was determined to be an overdose of barbiturates – a drug that she had become addicted to as early as childhood. 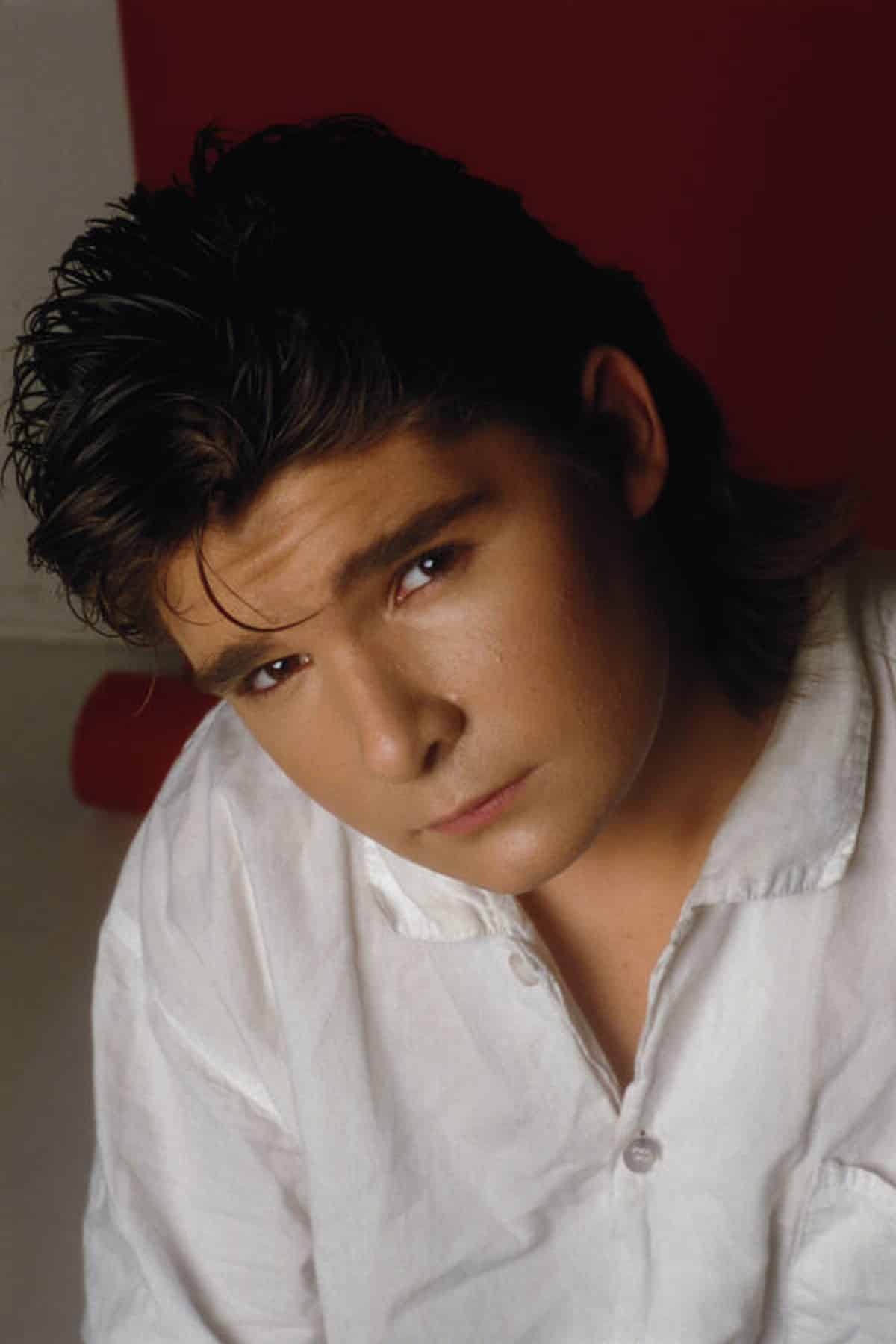 Born in 1971, Corey Feldman had a quick start to his career as he appeared in a McDonald’s commercial at the age of three. Eventually, the child actor went on to achieve success by appearing in over a hundred commercials.

Similar to the story of Judy Garland, Feldman was put under extreme pressure as he continued working in the dark alleys of Hollywood.

His mother began feeding him diet pills to control his weight and even went to the extent of physically assaulting him if he had made any mistakes during auditions.

At the age of 14, Corey Feldman faced sexual abuse by his own assistant, Joe Grissom. As this abuse continued over the span of 12 months, Feldman found himself engrossed in the world of drugs.

Substances such as marijuana and cocaine were quick to take a toll on his entire life, leading him down a path where by 1990, he was found selling CD’s on street corners to earn enough money to get drugs like crack and heroin.

Thankfully, Corey Feldman was able to defeat his drug addiction by 1995 and move on with his life. Ever since he left Hollywood, Feldman has been a strong critic of the industry and their harsh ways of treating child actors. 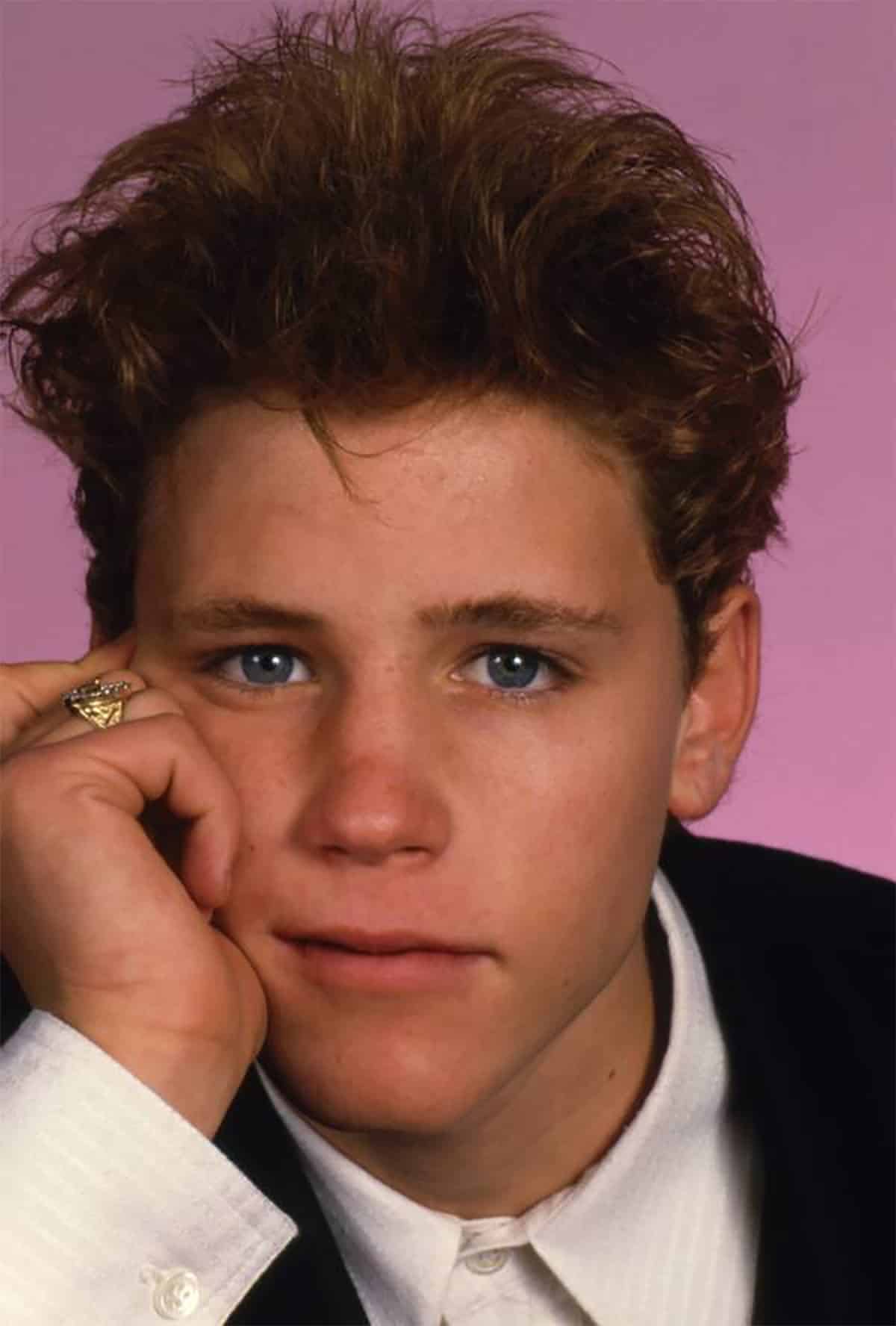 While Corey Haim was known as a teenage heartthrob who experienced rapid success in Hollywood, he is also known for his tragic downfall from the big screen.

Beginning his career at 10 with a Canadian TV series, Haim was able to score his first role on the big screen shortly after with 1984’s Firstborn. However, this was where his troubles began.

During the filming of Firstborn, Haim was thrown against a wall by his co-star Peter Weller – an incident that had a lasting impact on the young actor and had terrified him to a great extent.

After this encounter, Haim had starred in the 1986 teen drama movie named Lucas, where he had his first experience with drugs and alcohol.

Due to this early exposure to substances, the young actor was led down a dangerous path.

By the 2000’s, Corey Haim’s career was over, and he had become addicted to opioids. As a result, he was forced to sell his teeth and hair online for some money.

As an adult struggling with substance addiction, Corey Haim was quick to admit that his lasting psychological struggle began from the constant abuse back in his Hollywood years, when he was barely 15 years old. 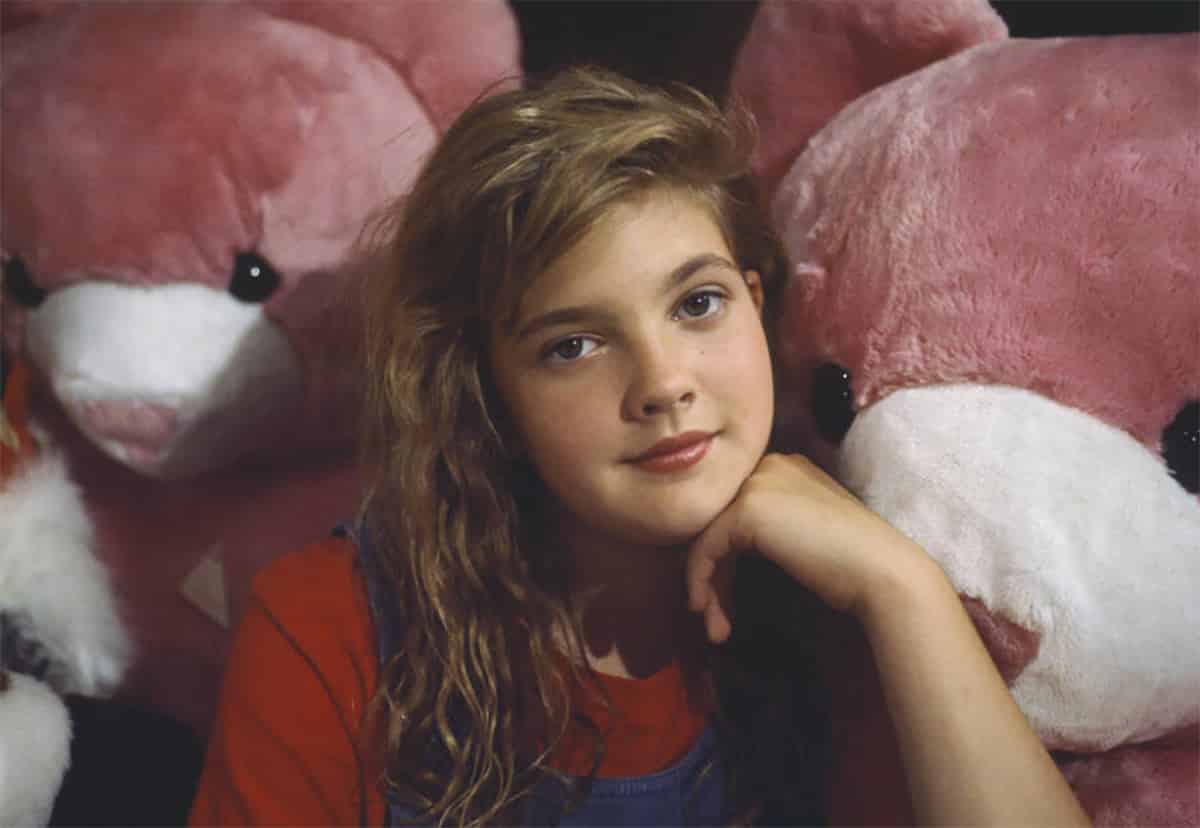 While the actress is still a fan-favorite for her loving personality and charm, it would come as a surprise to learn about the struggles she endured as a child.

Born to a family of esteemed stage performers, Drew Barrymore had earned her first onscreen role at only 11 months old as part of a dog food commercial.

From there, her Hollywood career continued to flourish as she played some of the most iconic characters in film history.

However, Drew’s father was a violent alcoholic and her mother was quick to exploit her fame in ways that are considerably inappropriate for a child.

Reportedly, Barrymore’s mother would take her to Studio 54, an infamous club with drugs and alcohol, back when she was only nine years old.

As the child actor spent her time at the club, she was encouraged to become involved in substance usage while her mother forced her to dance with famous men.

Due to this alarming situation, Drew Barrymore had to be sent to a mental institution at the age of 13 when she had become violent and suicidal.

The actress spent 18 months in rehab where she was advised to become legally separated from her mother and learnt to care for herself properly.

After her four years away from Hollywood, Barrymore made a strong comeback at the age of 17 and has had a career filled with professional and personal success ever since. 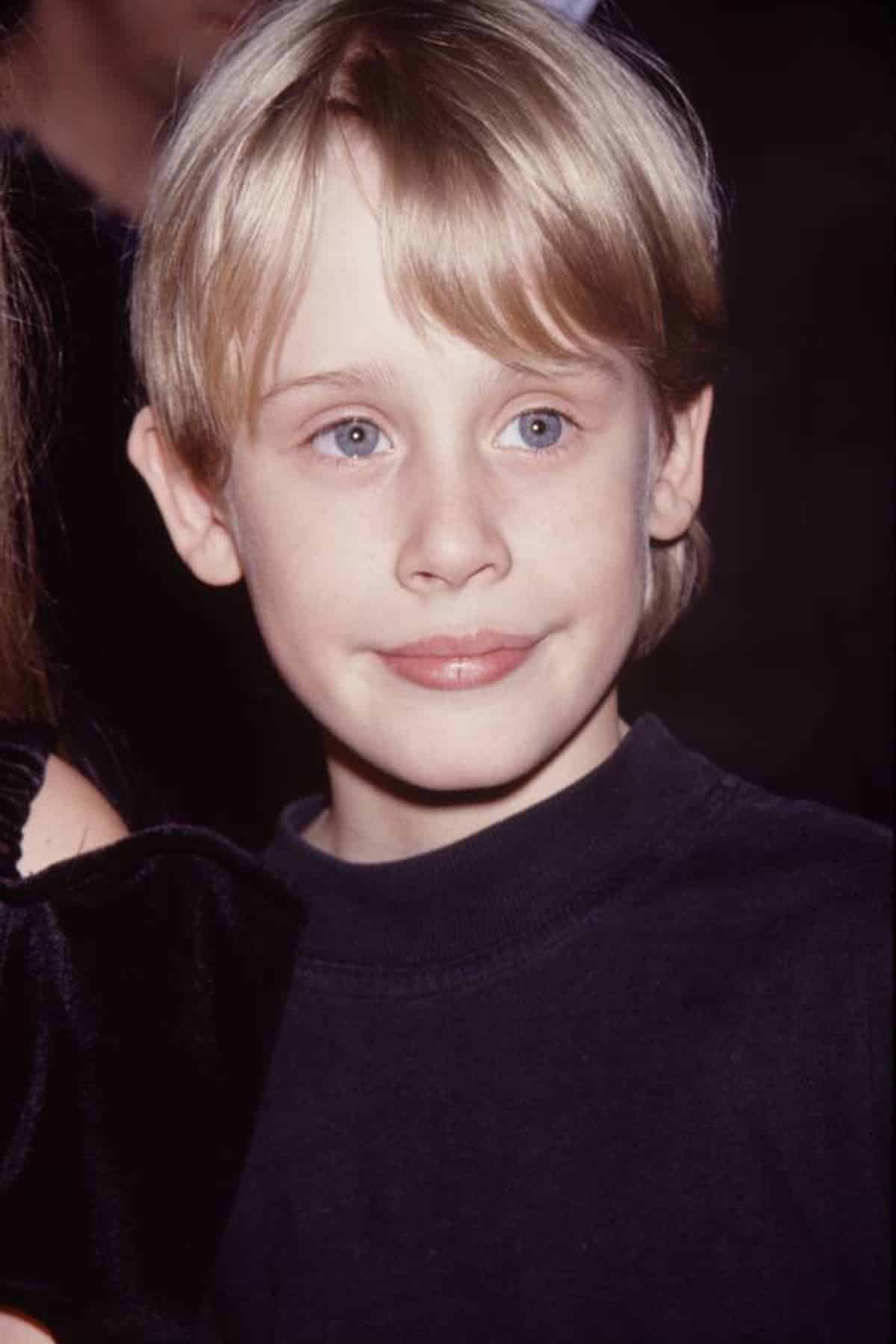 Popularly known as the child from Home Alone, Macaulay Culkin became an iconic Hollywood star in the 1990s rather quickly.

However, Culkin’s personal life struggled immensely through his tough relationship with his father and a questionable close friendship with Michael Jackson.

While Culkin testified during Jackson’s 2005 trial that the famous singer had never touched him inappropriately, other surprising details were also shared.

This included that the child actor had shared a bed with Jackson on over 10 occasions and that the singer had an alarm on his bedroom door that would alert him if anyone were near his room.

Through these surprising details of Culkin’s childhood, there is much to be questioned regarding his quick rise to stardom.

By the time Macaulay Culkin approached his teenage years, his Hollywood fame began to fade, and he was surrounded by legal complications with his father from whom he took legal emancipation.

Regardless of his unusual experiences during the early years of his life, Macaulay Culkin has retired to keeping a low profile nowadays and enjoys making music with his band. Thankfully, he was one to survive the horrors of Hollywood.