Say his name five times in front of the mirror to summon the Candyman. He’ll probably kill you with his rusty hook, but that’s another part of the story. Since “Candyman” came out in 1992, many have wondered if there’s any truth to this story.

Once you dig deeper into this story you discover that, at least as the horror factor is concerned, life beats fiction. The 1992 movie ‘Candyman’ has made it to the Top 100 Scariest Movies ever.

The terrifying protagonist who goes by the name of Candyman is presented as a supernatural being, the spirit of a black man lynched for falling in love and fathering a child with a white woman. 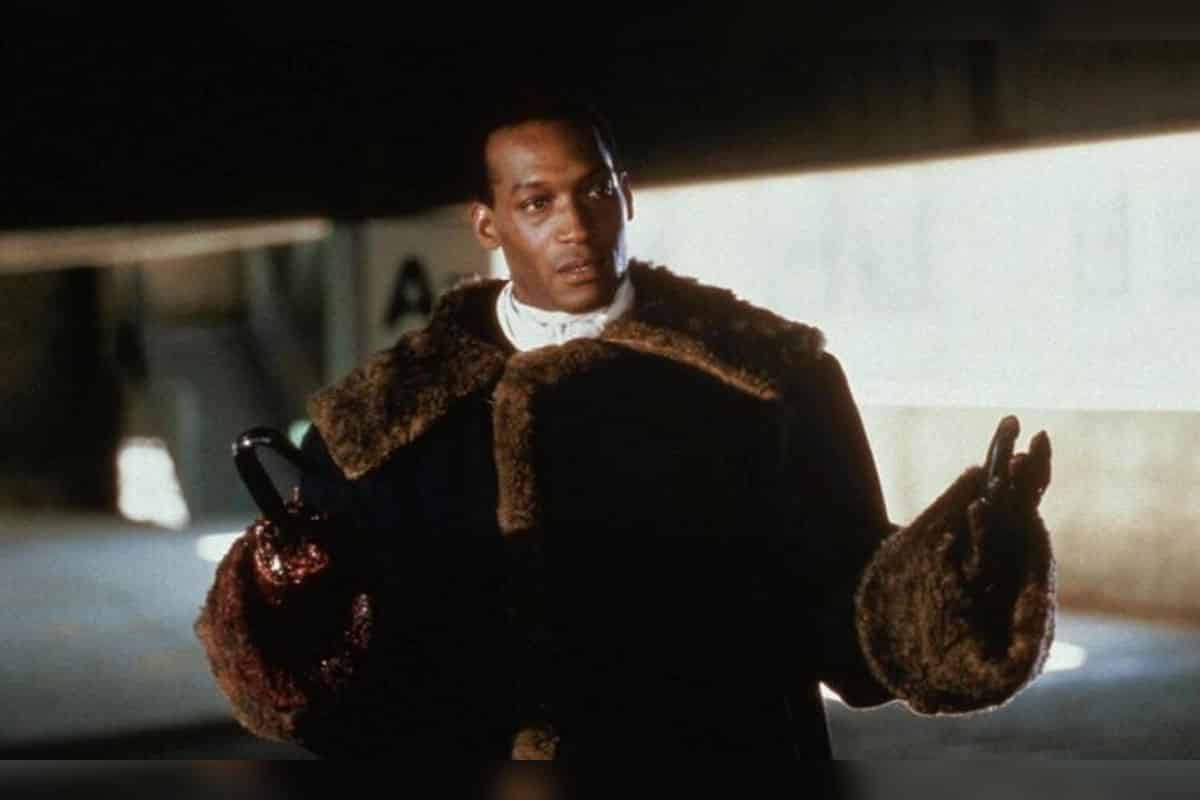 The female main character, Helen Lyle, is a Chicago student investigating the story of the Candyman, which she believes to be nothing but an urban myth until she meets the man with the hook and the face covered with bees.

The Killer That Came Through The Mirror

A significant part of Helen Lyle’s investigation into the Candyman myth focuses on the bizarre murder of a woman by someone who came through the mirror. At first sight, this is a nod to the old Bloody Mary legend, also a spirit one can summon by chanting her name in front of a mirror in a dim-lit room.

However, it is believed the film’s creators drew their inspiration from a real murder that took place in Chicago in 1987.

The victim, Ruthie McCoy, was a 52-year-old woman with a history of psychiatric disorders living in the ABLA homes on Chicago’s South Side. On the night of April 22, 1987, a frantic Ruth called 911 saying someone was trying to break in through the bathroom wall. Here is an excerpt from that call:

Dispatcher: “They want to break in?”

McCoy: “Yeah, they throwed the cabinet down.”

McCoy: “I’m in the projects, I’m on the other side. You can reach—can reach my bathroom, they want to come through the bathroom.”

A few minutes later, another resident of that building calls the police to report hearing gunshots in McCoy’s apartment. The police came soon enough, but, when no one answered the door of the apartment, they inexplicably decided to leave, arguing they might be sued if they tried breaking in.

The next day, a neighbor raises the alarm over Ruthie McCoy who was in the habit of visiting her twice a day. When Ruthie didn’t show up, the woman knew there was something wrong.

This time the police managed to get inside only to discover Ruthie dead, shot four times with one of the bullets severing her pulmonary vein, which caused massive internal bleeding.

Now, Ruthie McCoy did have mental issues, but what she had told the police in that call was true. Her killer had come in through the wall, after throwing down the bathroom cabinet.

The Living Hell Of The Chicago Housing Projects 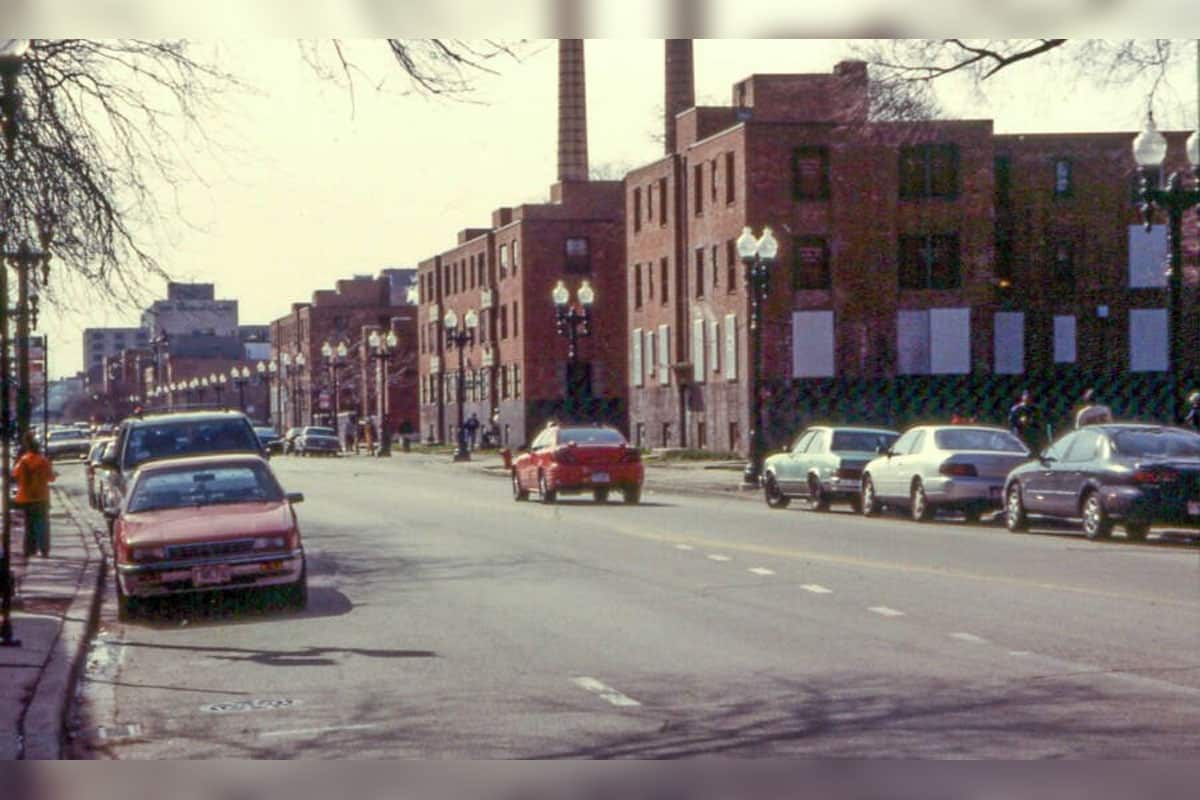 The building she lived in was in the ABLA homes, which were just like the Cabrini Green homes in the movie. Built-in the second half of the 20th century, these housing projects were originally meant to offer decent living conditions to the thousands of black people fleeing the racist South and looking for jobs up North.

At first, they did provide modern homes with indoor plumbing, bathrooms, and air-conditioning, but they soon fell into neglect.

The local authorities didn’t bother to keep the buildings running, nor did anyone bother to offer jobs to a predominantly black population, that turned to crime and drug trade as their only chance to earn a living.

In the 1980s, it is estimated that 15,000 black people lived in abject poverty in the by-now dilapidated buildings. After Ruthie McCoy’s murder, it was discovered that the buildings had narrow passageways between apartments and it was possible to access them by taking down the bathroom cabinets.

These passages had been designed to give repair crews easy access to the building’s pipes, but residents sometimes used them to escape to the next apartment during a police raid.

The atmosphere in these high-rises was the ideal background for a horror movie as living there was a real nightmare. At one point during the 911 call, the terrified Ruthie pleading with the police to come and rescue her mentions “the elevators are working.”

It might sound like an odd thing to say, but it was sort of a miracle for that place where nobody cared about repairs, burnt light bulbs were left unchanged and the residents were forced to make their way upstairs in pitch dark. Who needs horror movies when you can have all that for real?

The movie was based on a short story by Clive Barker, ‘The Forbidden’ in which a student called Helen explores the urban legend of the Candyman. The character played by Tony Todd is described as the son of a former slave, now a wealthy black man, who becomes an artist and gets accepted into the white society.

The artist was frequently commissioned to paint the portraits of white people and this is how he meets and falls in love with a young white woman, who gets pregnant.

When the illicit affair is discovered by the girl’s father, he raises a lynching party. The black artist is caught, savagely beaten, they cut off his right hand, then they smear his body with honey and leave him to be stung to death by bees. 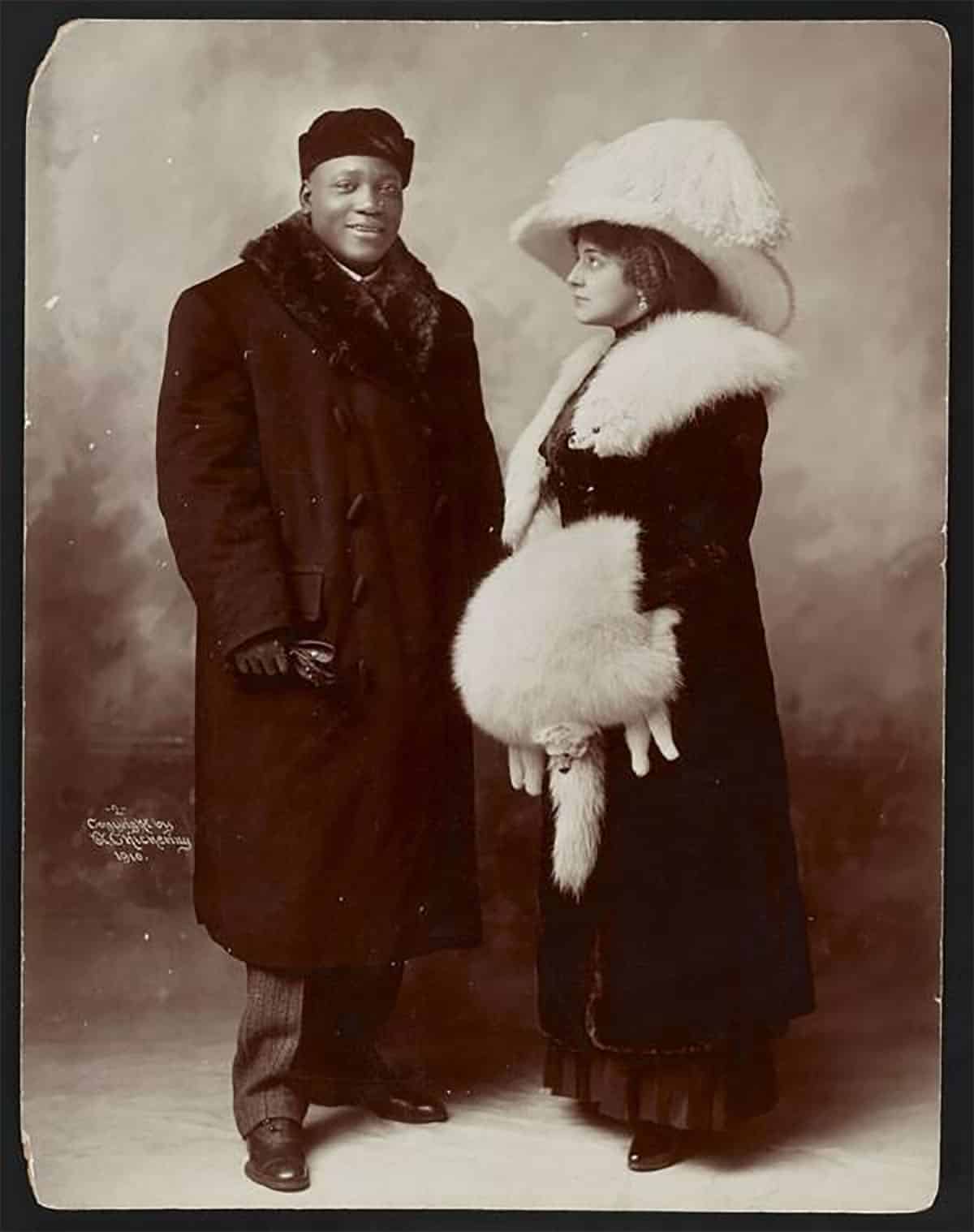 Such a brutal murder was not the product of the screenwriter’s imagination, but the sad reality of the early 20th century America. The movie places the black artist’s murder in 1890, and according to statistics at least 85 black people were lynched for various reasons. The real number is probably higher as many such crimes were not reported.

One of the worst crime a black man could commit was falling in love with a white woman. In the early 20th century, former boxing champion Jack Johnson sparked public outrage when he married a white woman.

When he got married a second time again to a white woman, it was considered he’d gone too far and was jailed for several years. Being suspected of attacking a white woman was also a valid reason to be lynched, no trial or proof required.

For instance, in 1924, a 33-year old African American called William Bell was beaten to death because he was thought guilty of attacking a white girl. Such murders were sometimes called a “lynching bee,” which explains the bees in the movie.

To sum it up, no, there is no supernatural being such as the Candyman, but the story is based on real events. The real horror is not the man with the hook, but the tragic lives of generations of black Americans.