America has plenty of mystery houses and haunted mansions to entertain thrill-seekers, but none beats the Winchester Mystery House, the odd creation left behind by a tormented woman who took building instructions from the ghosts she contacted in her daily seances.

Why build a place with staircases that go nowhere and windows overlooking other rooms?

Sarah Winchester spent an ill-gotten fortune to appease her ghosts by building a house that in the end proved unlivable. 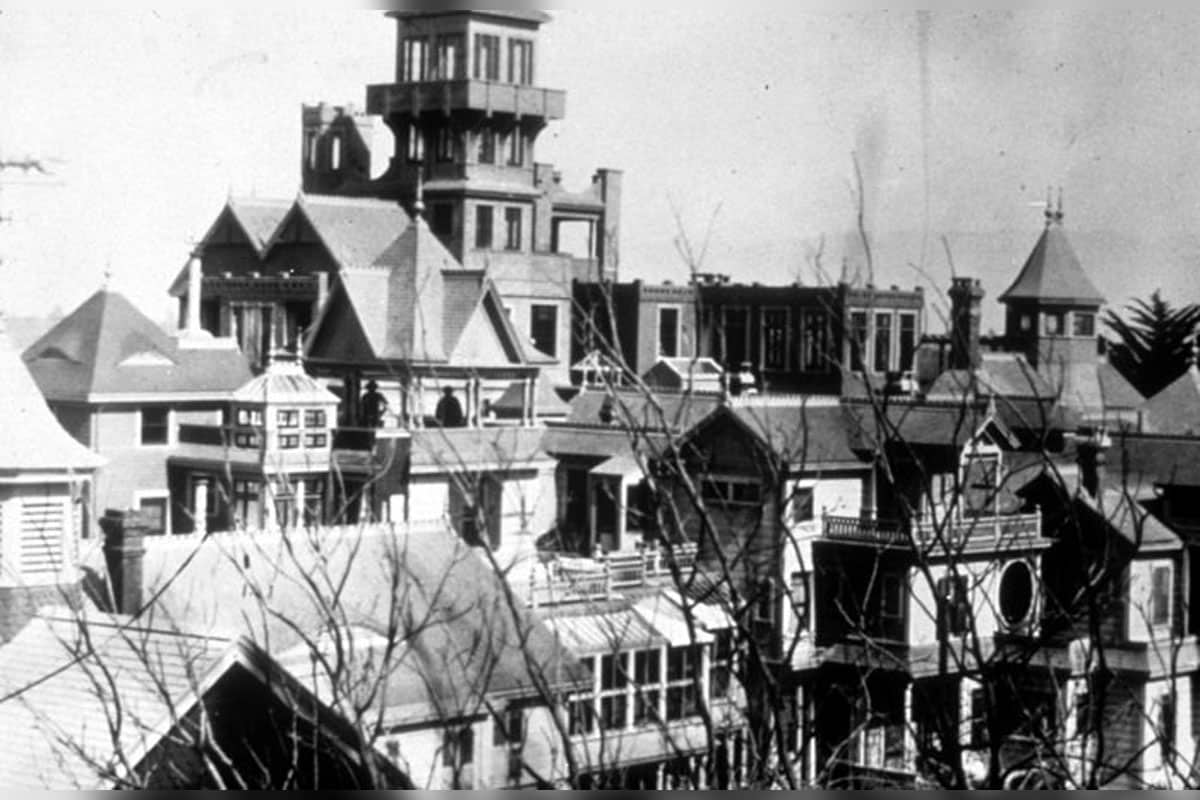 She was the only resident ever to live in the haphazard California mansion and even she was terrified of the ghosts!

Who Was Sarah Winchester?

Sarah Winchester was born in 1939, in New Haven, Connecticut, in a wealthy family and, as far as anyone knows, enjoyed a serene privileged childhood.

In 1862, Sarah married William Wirt Winchester, heir to the Winchester Repeating Arms Company, a very good match for a young woman of her station.

The young couple had a few good years together, until 1866 when their daughter Annie was born.

His widow was 42 at the time and she suddenly found she had no idea what to do with her life.

She was the richest woman in the world at the time, but instead of enjoying her fortune, she dedicated her life to building what would later become known as the Winchester Mystery House.

Sarah Winchester never recovered from the loss of her loved ones and sought solace in seances, inviting mediums to her house in an effort to contact the dead and ask them what to do.

Legend has it that during one of this seances the spirit of her dead husband manifested itself and instructed to sell their New Haven residence and head to California where she was to begin her true mission.

Apparently, her dead husband wanted her to build a house to appease the ghosts of all the people killed by Winchester rifles, so she would not be haunted by them for the rest of her life.

Some have said maybe the widow was in search of a new beginning, but testimonies of those close to her speak of a woman who firmly believed she and the money she’d inherited were cursed.

The story of the Winchester Mystery House begins in 1884 when Sarah bought an unfinished farm in Santa Clara Valley and immediately hired a team of carpenters to work around the clock on her project.

It wasn’t exactly a project, as there were no architects or blueprints involved in the construction work that would keep her busy for the rest of her long life.

Every new addition to the house was dictated by the spirits. The spirits did not appear to follow any blueprint either, for nothing Sarah ordered made any sense. 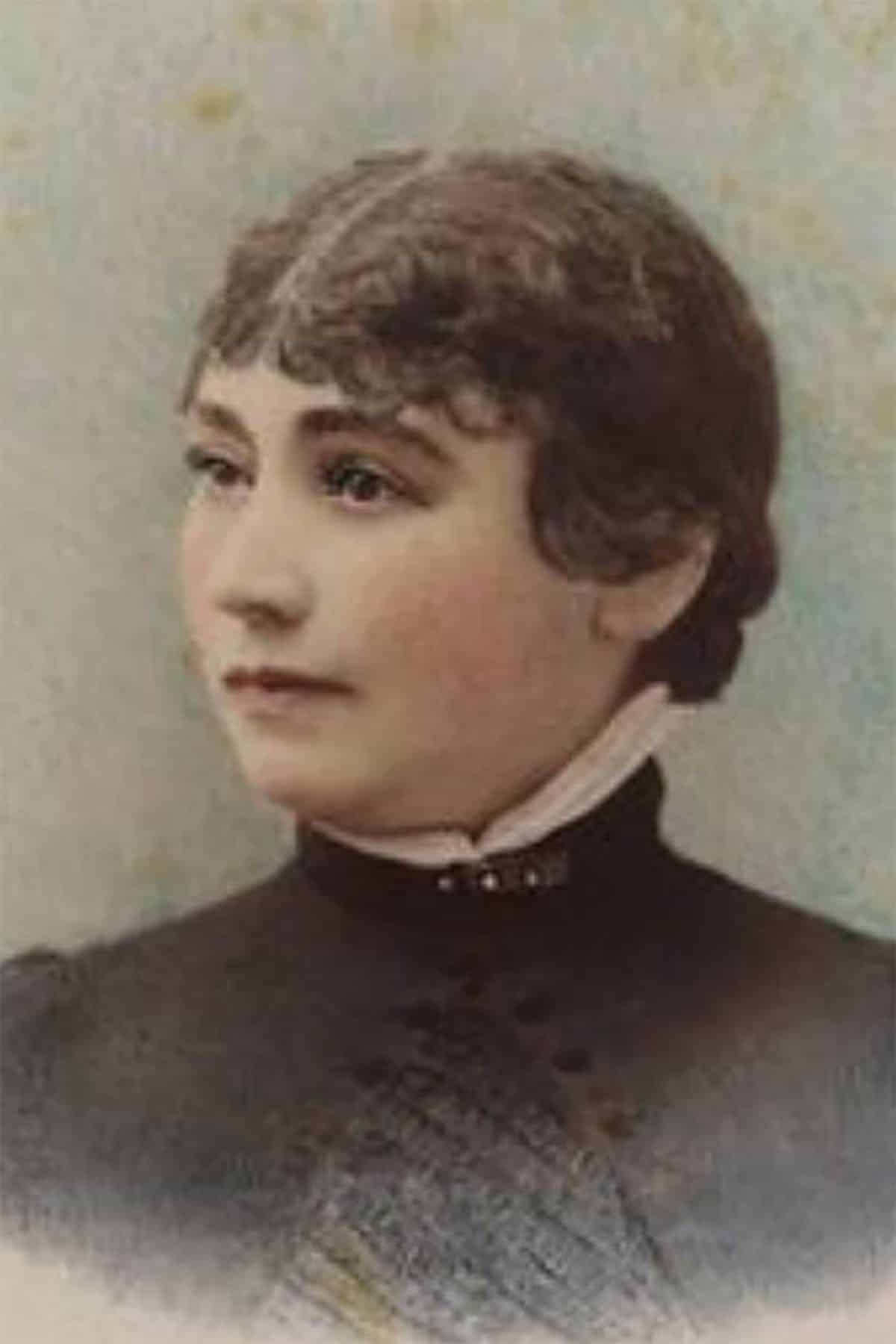 New rooms were added haphazardly, on the outside of the building, which led to windows opening to reveal just another room.

In just a few years, the modest ranch morphed into a 7-story mansion with 161 rooms and dozens of staircases, some of which ended abruptly in a solid wall.

A guest might have easily lost himself in the maze of corridors, some of which also ended into a wall.

The mansion had two grand ballrooms, although no parties were ever held there.

Do not imagine the typical horror-movie haunted house, with dim-lit rooms, cobwebs, and squeaky floors, for no expenses were spared when it came to the house.

The rooms were filled with exquisite furniture, a lot of the decorations came from Tiffany’s and many walls had gold inlays.

The rooms were brightly lit with gold and silver chandeliers and the house had push-button gaslighting, a novelty at the time.

To understand the oddity that ruled the house, imagine investing a small fortune to have Louis Comfort Tiffany design a stained window to create a rainbow effect when the light fell on it, only to then place it in an inside wall where sunlight could not reach it.

Sarah Winchester also invested in a modern plumbing system, so the house had hot running water, a luxury few could afford back then.

The house boasted 13 bathrooms, but only one of them was functional, the rest were just decoy, to confuse any spirit who’d haunt a spigot.

The house was severely damaged by an earthquake in 1906, and the top three floors had to be removed, which was just fine with Sarah, she enjoyed having something to do.

She never left the house although she was mortally afraid of the ghosts.

It is said she used to sleep in a different bedroom every night and used secret passages to move around the house to escape detection by the ever-present spirits.

It’s hard to understand what went on in her troubled mind. She dedicated decades of her life building the house as the spirits ordered her to, but on the other hand, she was constantly afraid the ghosts were not satisfied.

Sarah Winchester died in 1922 of heart failure, leaving her fortune to her niece Marion, who had been her private secretary in her final years. 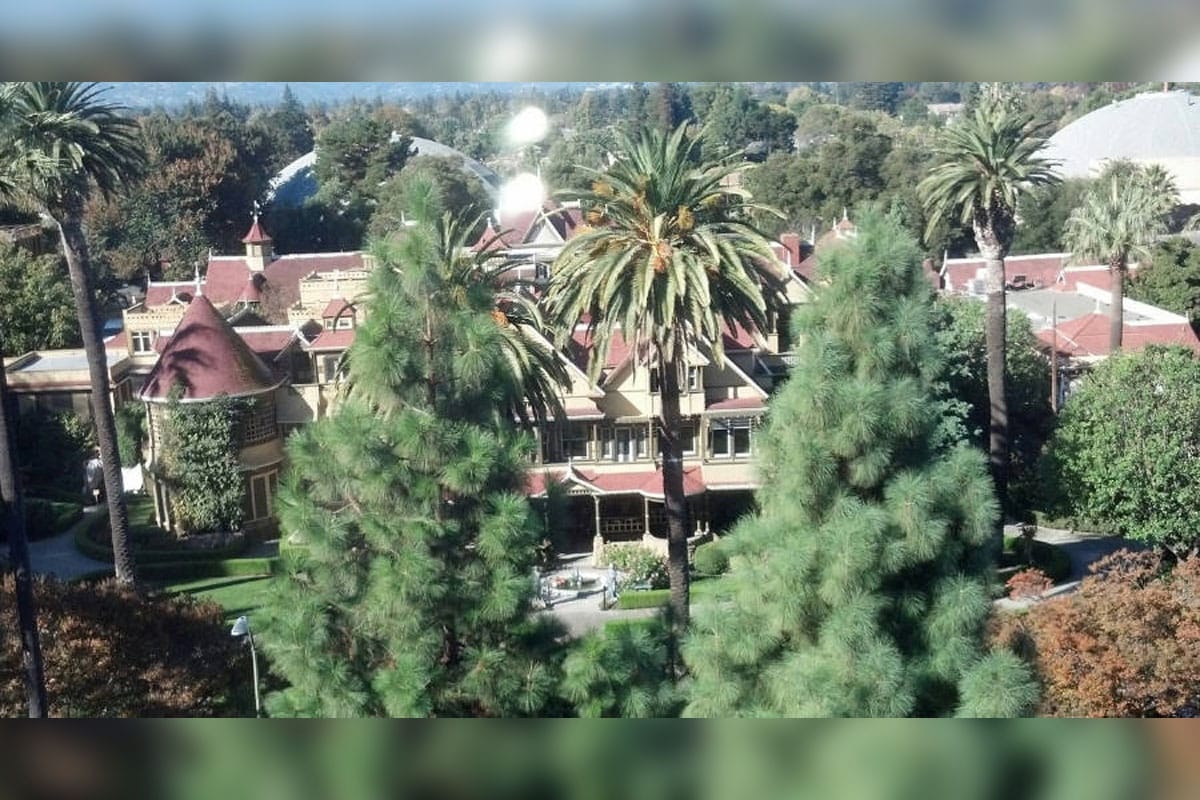 The woman only took some items she liked and auctioned everything off.

When the house was put up for sale, local appraisers deemed it unlivable.

It was richly decorated and had all the modern utilities, but it was too big and way too weird.

Eventually, the house was sold for $135,000 and the new owner converted it into a tourist attraction that welcomed its first visitors just five months after Sarah’s death.

According to the current owners, the house might still have secrets to reveal.

After Sarah Winchester’s death, there were rumors of a secret storage room holding many treasures.

In 2006, a secret attic was discovered and although it contained some valuable objects, it is believed it was not the fabled storage room.

The Winchester House became a fixture in popular culture, references to it can be found in many horror movies and novels.

It was featured in episode 100 of the ‘American Horror Story’ series and served as an inspiration for Stephen King’s ‘Rose Red’ book.

The 2018 movie ‘Winchester’ was filmed at the house, with Helen Mirren starring as Sarah Winchester.