Covering about one-fifth of Earth’s total land area, Africa is the second largest continent we have (after Asia). The continents hides an enormous wealth of mineral resources including metallic ores, precious metals, gems, and massive reserves of fossil fuels.

Archaeological evidence suggests that Africa has been inhabited by humans (including ancestors of modern humans) since 4,000,000 years ago, perhaps much earlier than that.

Now the continent is filled with several thousand different societies – although the exact number remains unknown. These societies or ethnic groups are identified by common language, culture, history, and religion.

Among the thousands of tribes, sometimes we see indigenous (perhaps primitive) cultural activities that look weird or even gross by modern standards.

What you see as strange or out of this world can be a norm in Africa. Remember that many parts of Africa are pretty much undeveloped, so in a visit to any of those areas you can expect to see bewildering practices or phenomenon as follows. 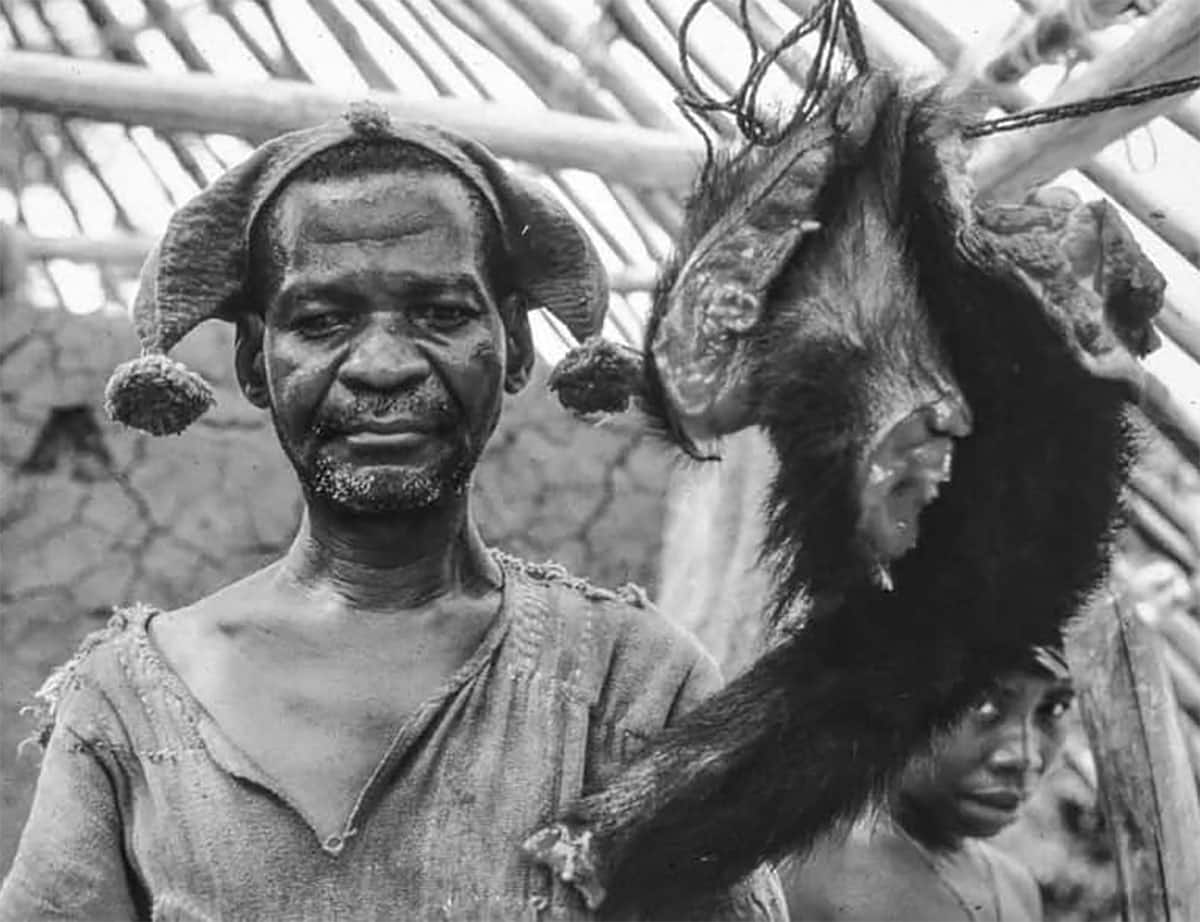 Don’t be fooled by the name; it is not a meal consisting of meat from animals you can easily capture in bushes.

Instead bushmeat is made from a combination of several different animals including lemurs and giant apes. African people have long hunted wild animals like bats, rats, snakes, and even monkeys for sustenance.

Of course meat from those animals contain valuable sources of protein especially for people who live in areas where farming domesticated animals is impractical.

Bushmeat can be dried, smoked, or cooked, depending on the demand. You can get infected with Ebola or HIV from eating bushmeat. 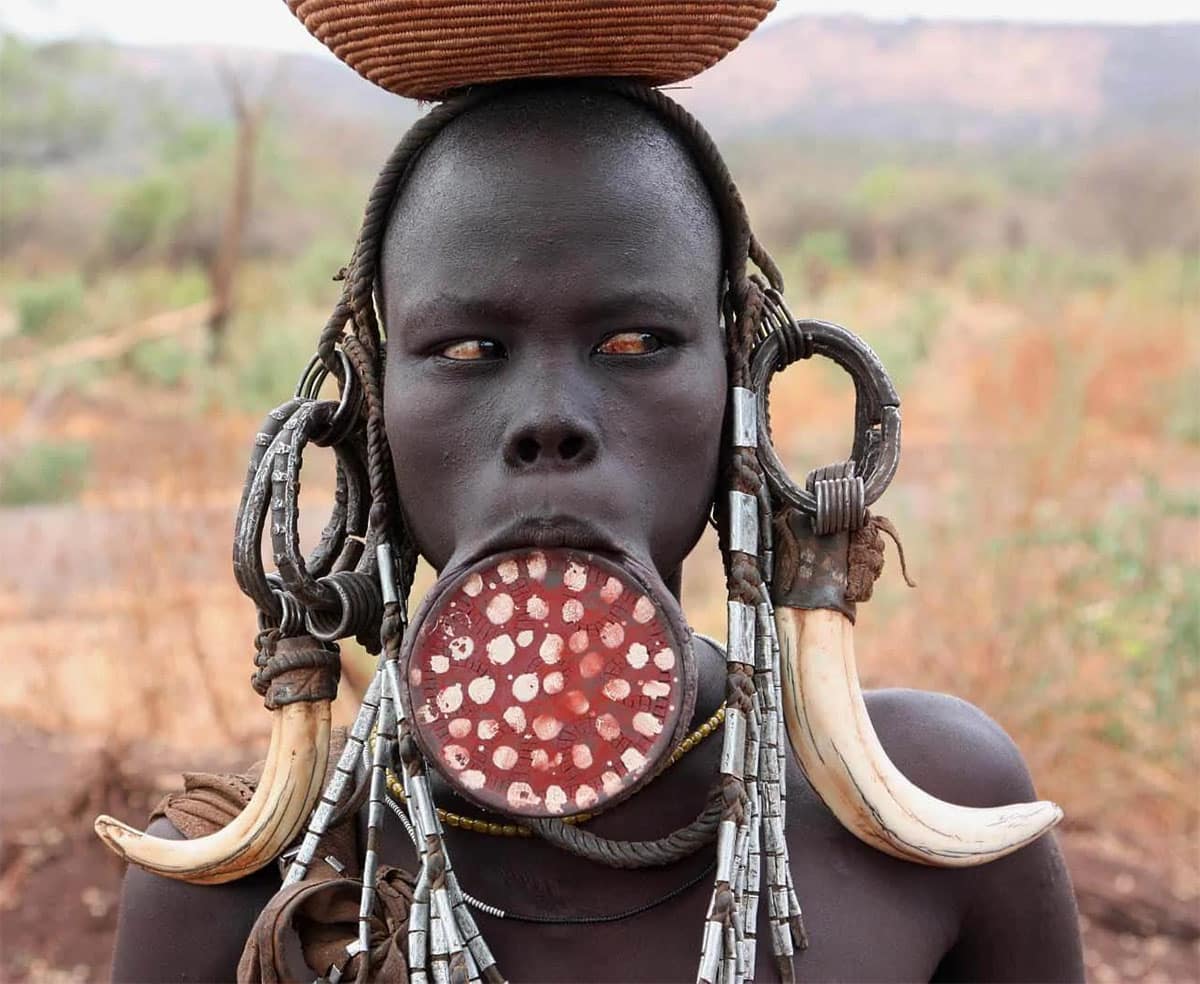 In modern Western societies, the idea of a beautiful face is comprised of many things including full, soft, big lips. Many women choose to have plastic surgery or use a filler to achieve that look.

In many tribes across Africa, it is a common practice for girls to make piercing on the lips.

It is not just a typical piercing you often see in tattoo parlors, but a large one on the lower lip and then inserted with a large plate.

They start using a smaller plate but as the girl gets older the diameter of the plate can reach nearly 8 inches. 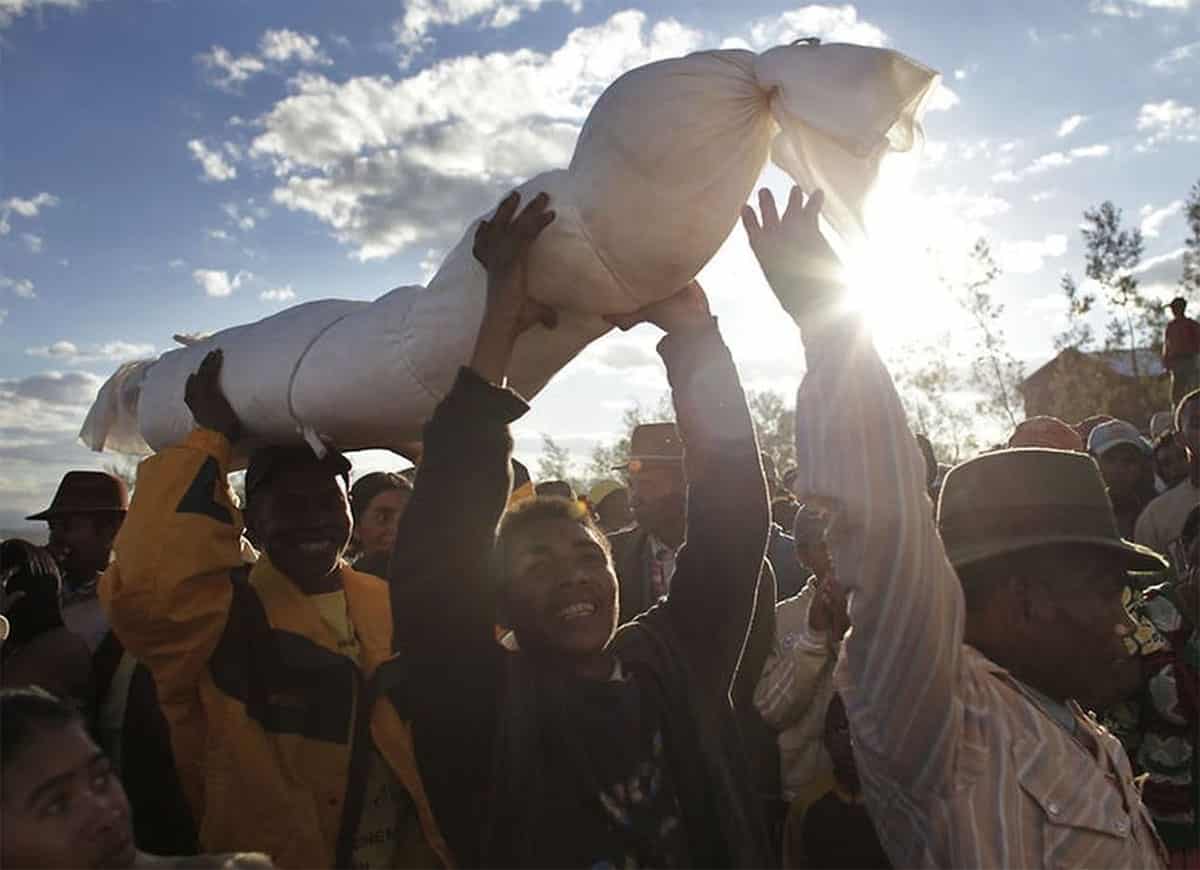 There is nothing strange about having difficulties letting dead relatives go. People also have different ways to mourn; some spend days not talking to anyone, cry for many hours, lock themselves in a room, indulge in alcohol, etc.

The Malagasy people of Madagascar have their own ways to mourn, too. Once in every five or seven years, families gather to exhume the bodies of dead relatives.

They then would dance and party with the corpses. Just like other parties, there is music, food, and happy faces. They consider this a symbol of respect of love to the dead. 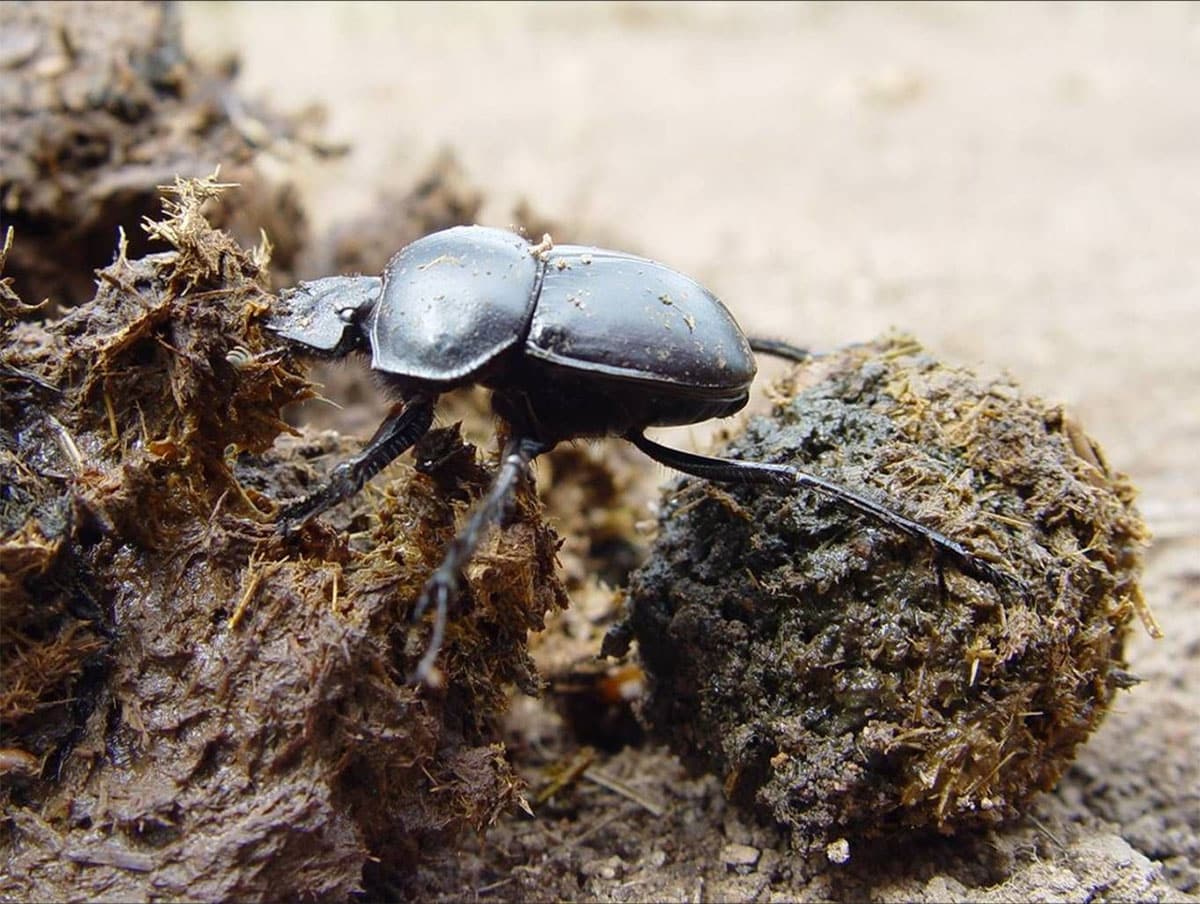 The animal kingdom is filled with creatures of high intelligence.

Dung beetles, for examples, are able to take advantage of the wind, sun, moon, and Milky Way as navigational systems to guide their way home and in finding food.

So in this particular respect, human and dung beetles are quite alike, but that is where the similarity ends.

Although dung beetles are found worldwide, except in Antarctica, they make regular appearances in Africa.

Using their antennae, they target the droppings of Cape buffalo, roll the pile of feces, bury it, and devour it before other dung beetles steal it. 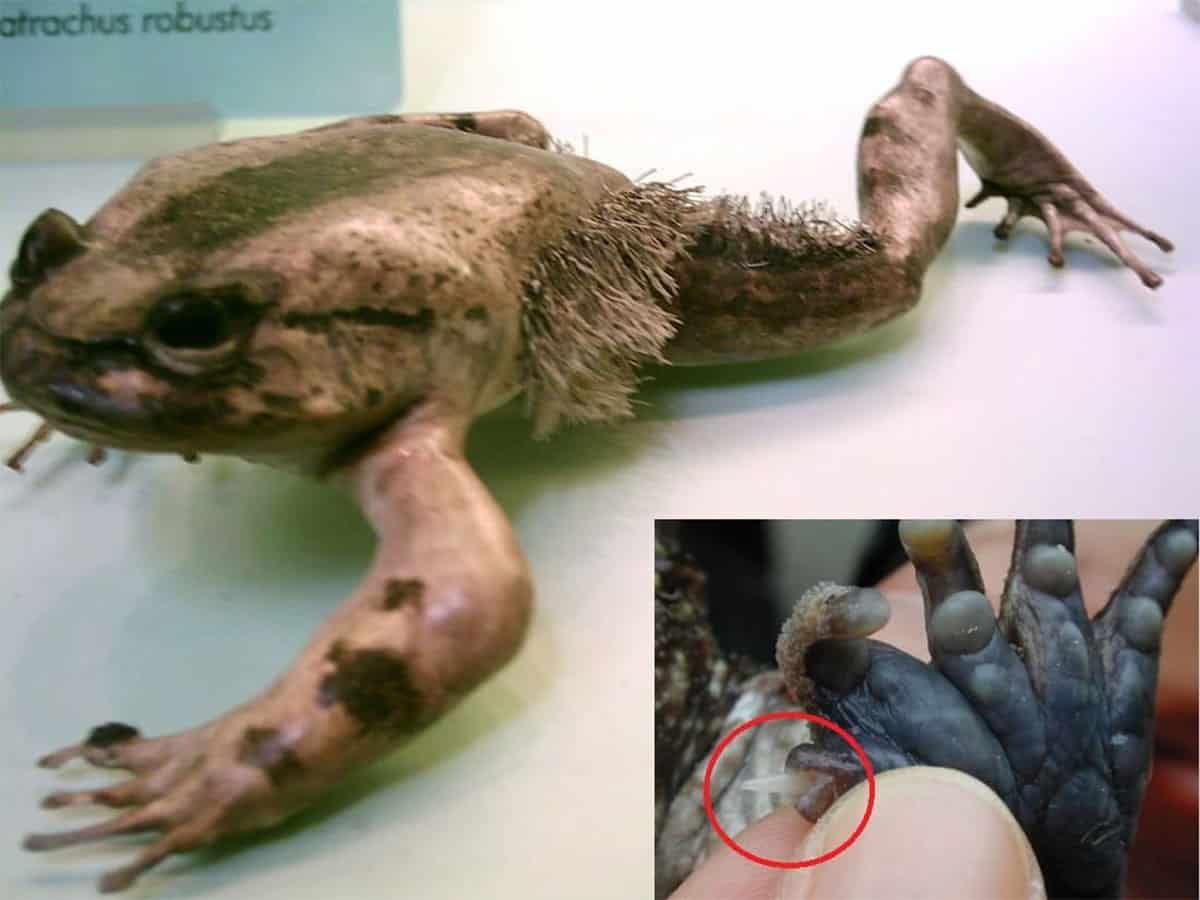 Amphibian Horror is not a new genre of movies from Hollywood, but perhaps it should be and based on real animals.

A group of frogs, called Arthroleptidae, was discovered in Central Africa more than a century ago.

The males are about 4 – 5 inches from snout to vent, and especially the breeding males have hair-like structure on the flanks and thighs.

When threatened, this frog can extend claws from their feet just like what Wolverine does.

However to do so, a hairy frog needs to break its own bones, making them puncture their way out of the frog’s toe pads. 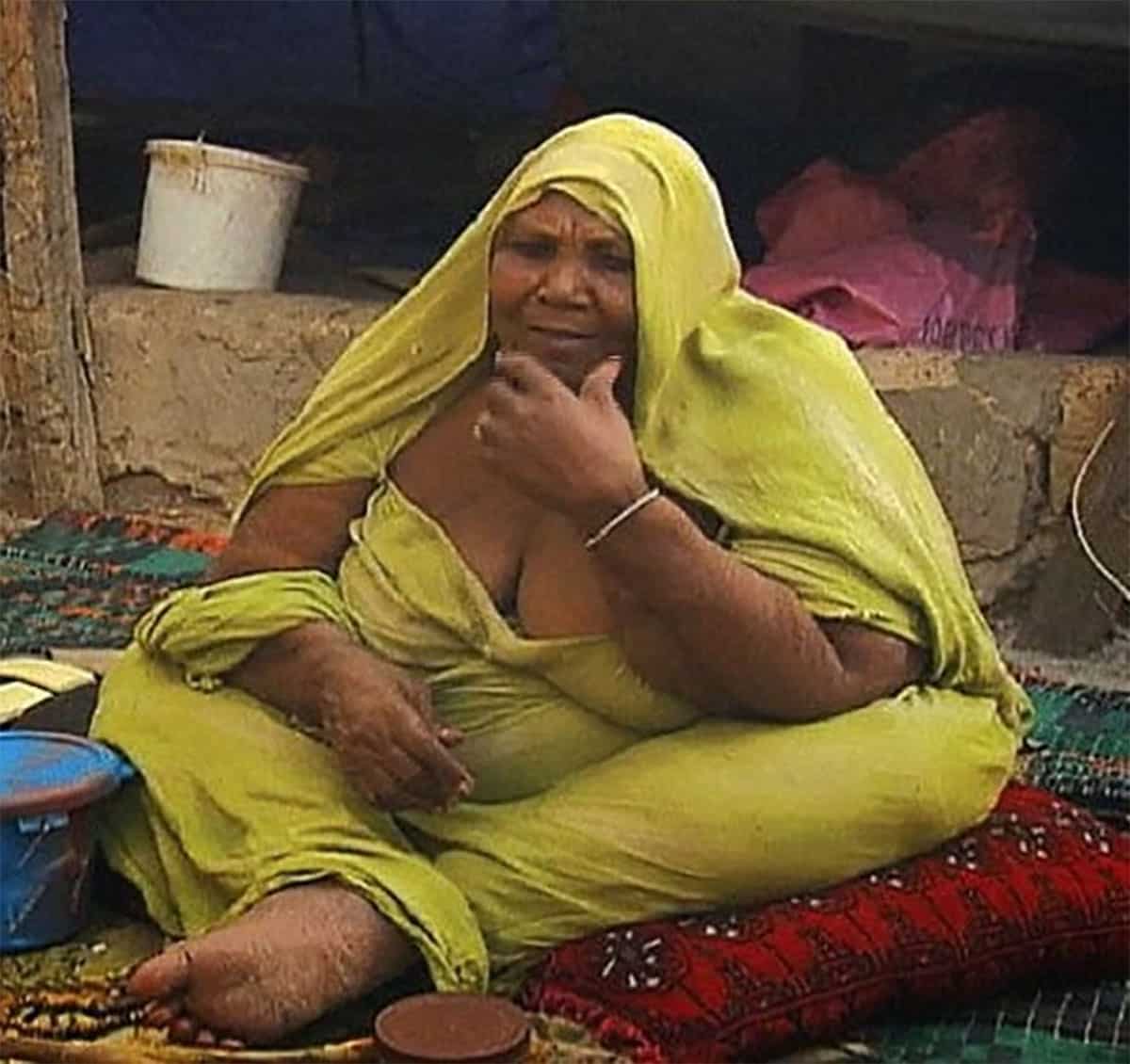 5 Fat Is The New Rich

Mauritanian natives have an odd belief that a man who has fat wife is considered rich. So it does not really matter if a man is homeless as long as he is able to marry a large-sized woman because he is rich nonetheless by his society’s standard.

It is also common for a woman to take her teenage (sometimes toddler) daughters to camp where the girls are taught how to be fat. They would gain some extra pounds, while the rest of the world is struggling to lose weight. 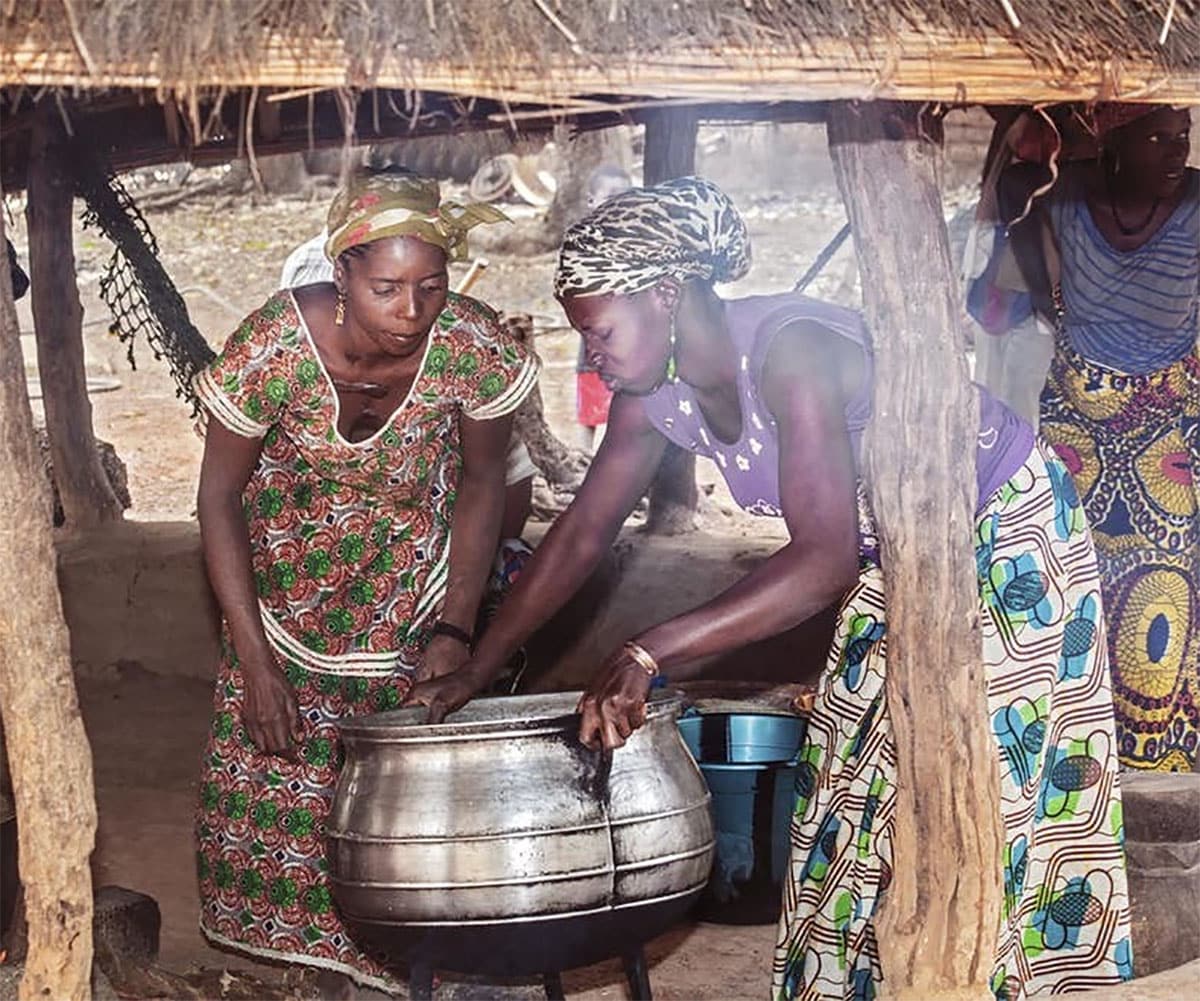 4 Cooking With The Water From A Dead Person's Body

A tribe in Malawi, called Chewa, has yet another way to mourn the dead.

When someone dies, the rest of the tribe takes the dead body to a sacred place where the corpse will receive further treatment.

A person will cut the dead body’s throat, while another pours water into the corpse.

At the same time, some other members of the tribe press the corpse’s stomach to force blood and bowels out of the rear end.

When all is done, people gather and cook with the water taken from the corpse; the meal can supposedly protect everyone from evil spirit. 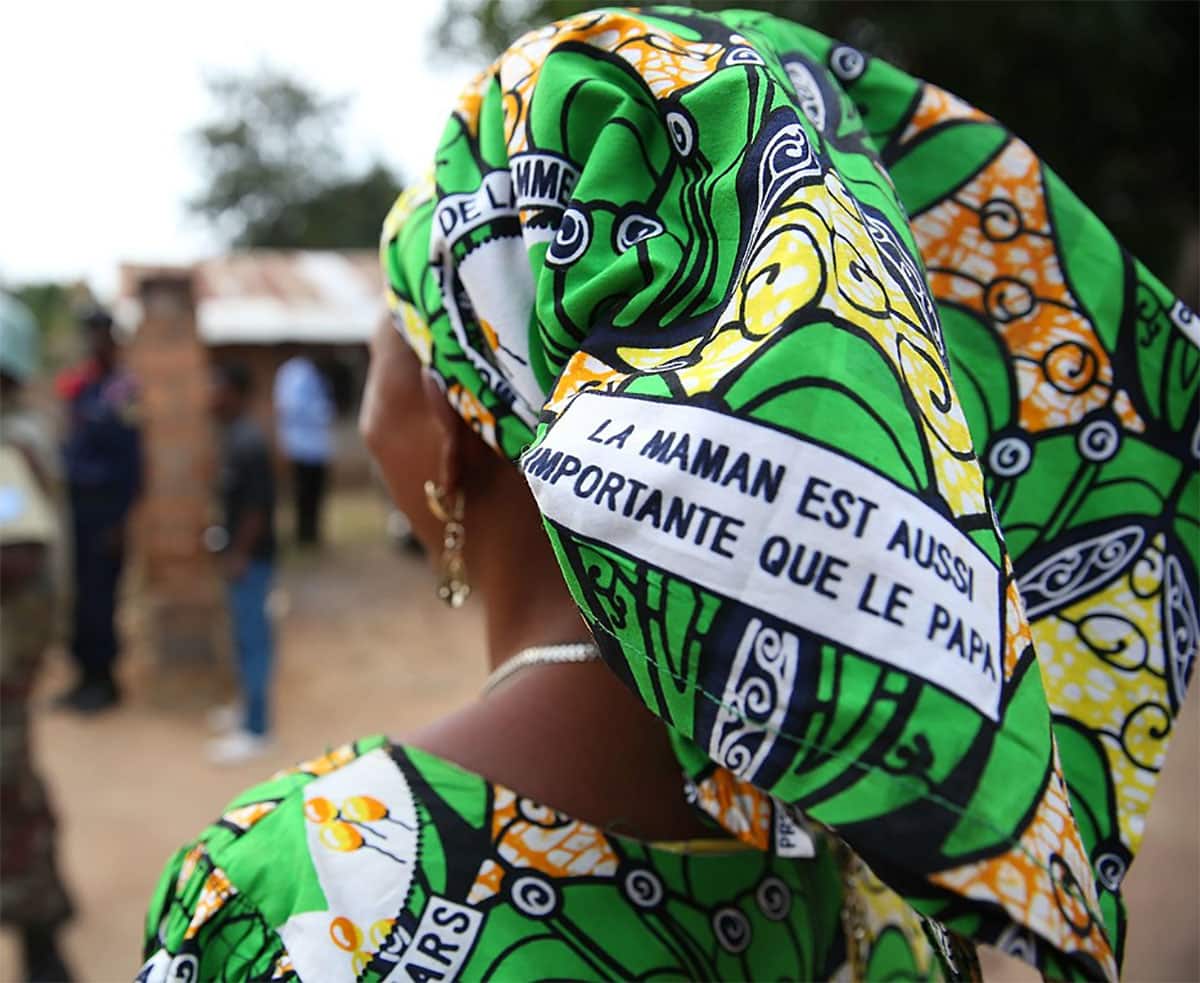 3 Mandatory Intimacy With The Bride's Aunt

There is a weird marriage tradition in the Banyankole tribe in Uganda.

Before a man can legally marry a girl, he has the obligation to have s*x with the girl’s aunt.

They think of the s*x act with the aunt as a form of test to see if the would-be groom is any good in bed.

Fertility is important, so it makes sense for the would-be bride’s family to make sure of it.

For the aunties, this is not a joke or something fun, but a real responsibility for the sake of the family. 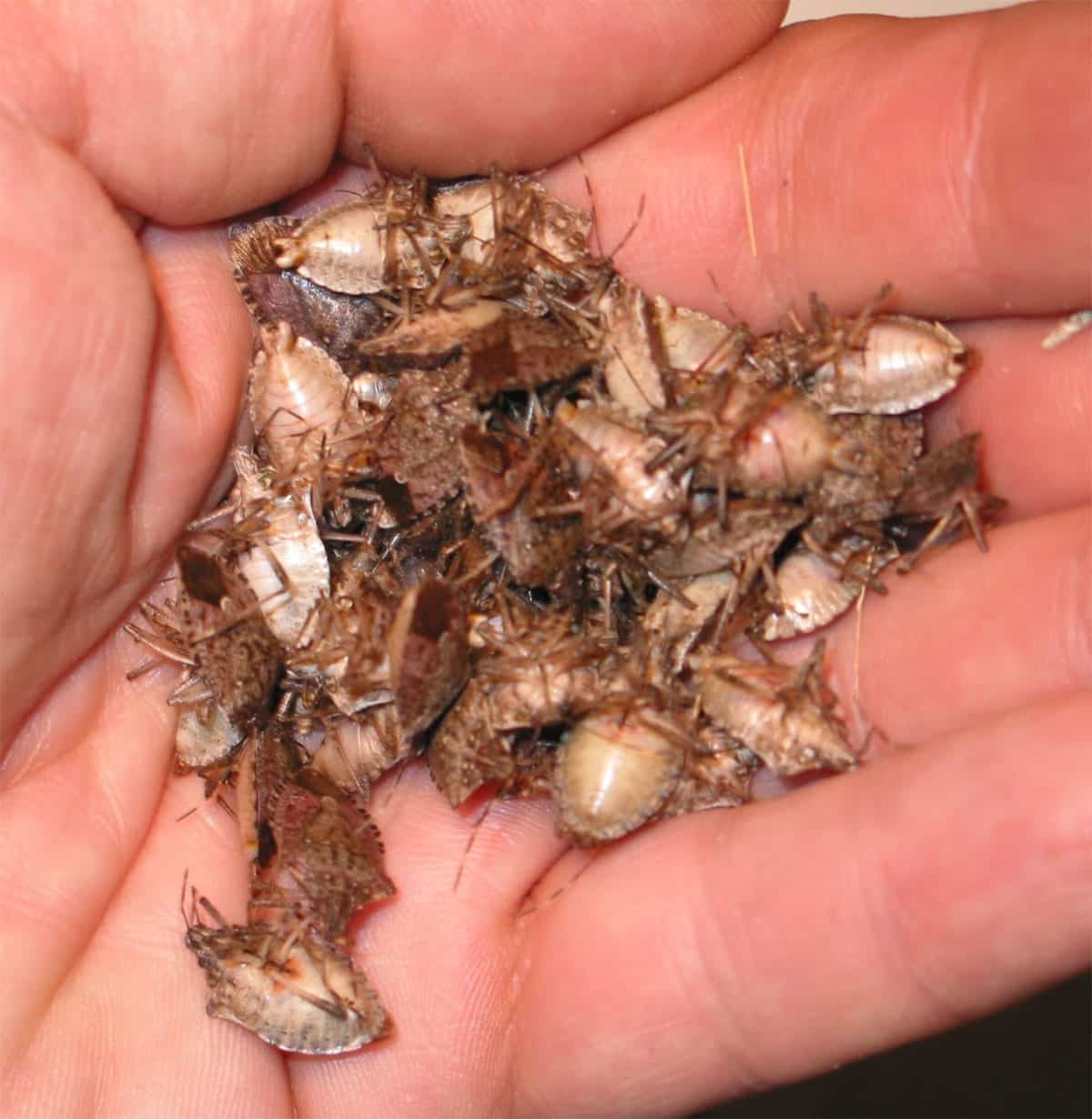 When you hear someone mention “stink bugs” you would assume that the animals smell quite bad, and you are right. Some Africans, as usual, have adopted different perspectives. They consider stink bugs delicacies to the point where they eat the insects alive.

Stink bugs are widely found and eaten in parts of Southern Africa. Believe it or not, stink bugs are rich in antioxidants and nutrients.

In places where foods are scarce, even small insects with awful smell can save lives. In fact, about 5 – 10 percent of proteins in Africa are sourced from insects. 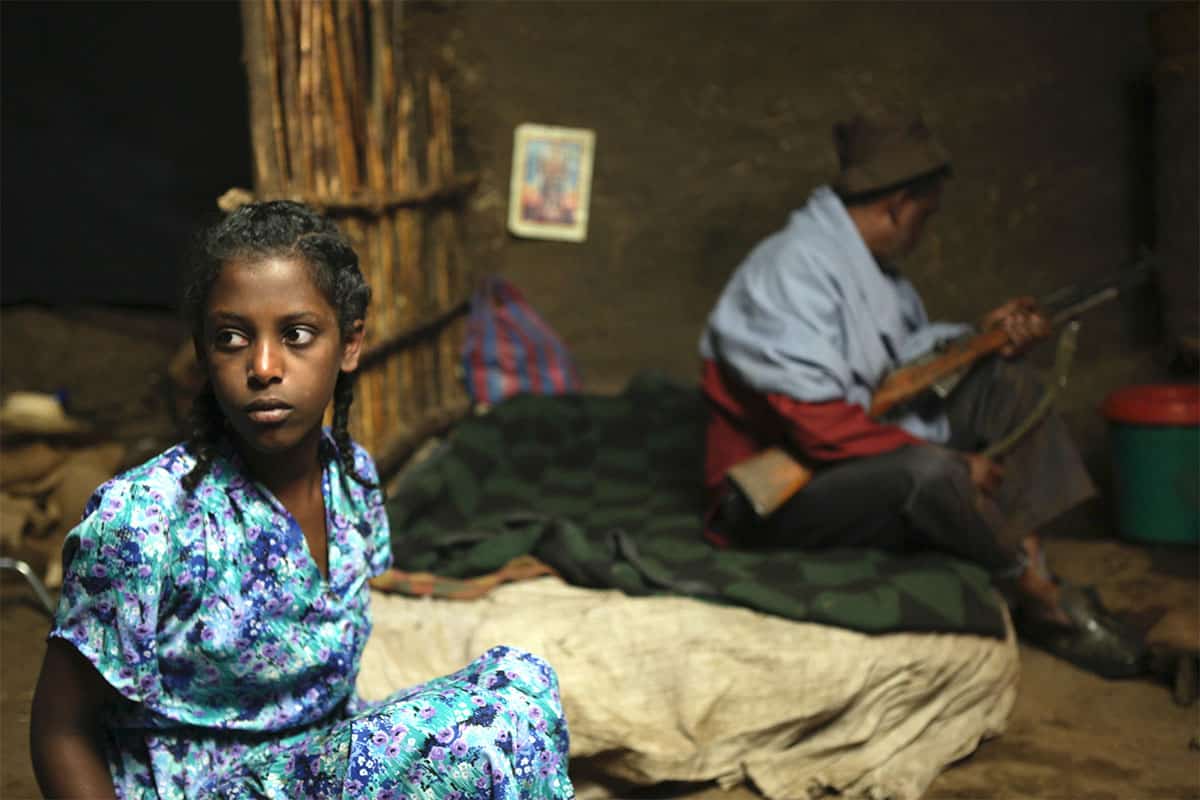 1 Kidnapping Your Bride In Sudan

When a Sudanese man falls in love with a girl, there is one thing he should do: kidnapping her.

It is not even against the law in the country.

Once the girl has been kidnapped, family members of the groom would come to the would-be bride’s father to ask for permission to marry the couple.

If the father gives his approval, he would then beat the suitor as a sign of acceptance.

Here is the catch, even if the father disagrees, the kidnapper can force the marriage anyway, so the kidnapping game seems to be nothing but a big show.