Armin Meiwes placed an unusual ad on the internet. He was looking for someone who wanted to be eaten. Amazingly, another man agreed.

If you believe Hannibal Lecter was a charming man you may be forgiven for that, blame it on the wonderful Anthony Hopkins.

And, yet, in a perfect example of how life beats fiction, a totally unassuming German man, managed to charm another man into becoming his dinner, and, as it turned out, his main meat supply for months to come. 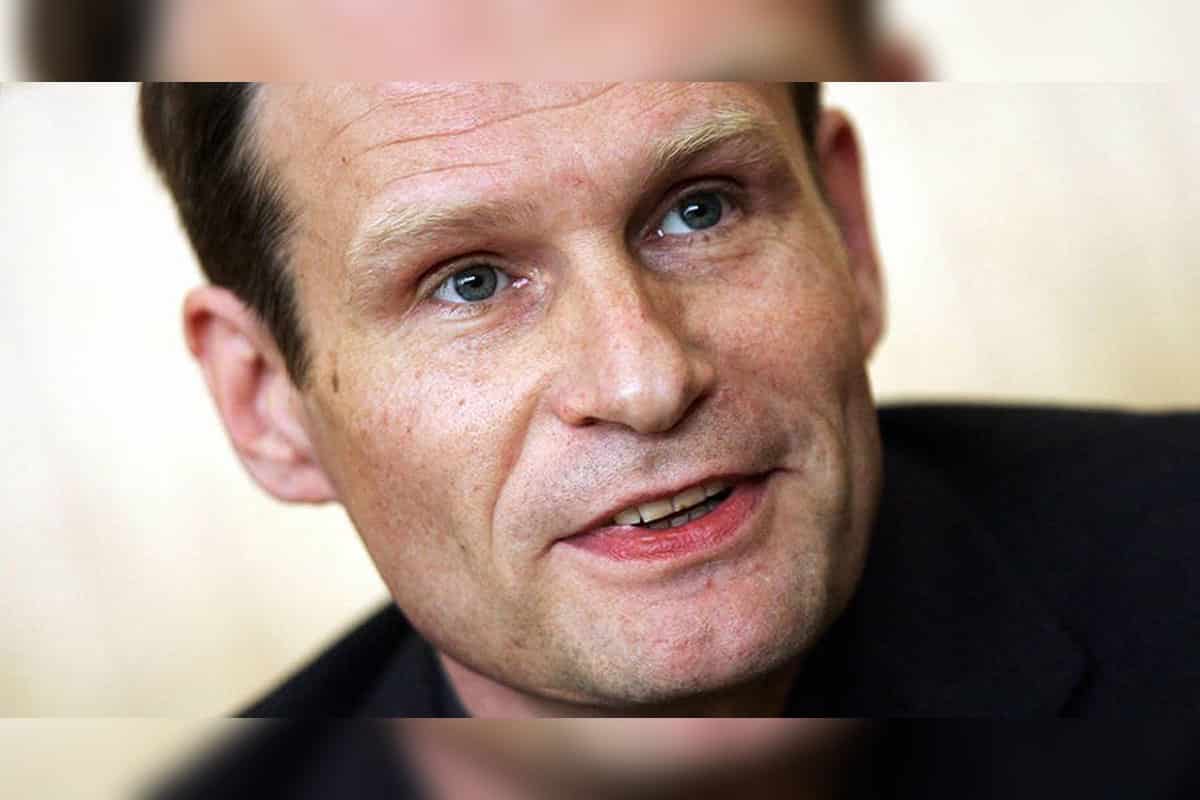 In 2001, a 40-year-old computer technician from the German town of Wüstefeld, near Rotenburg, put out an ad, not on a lonely hearts board, but on Canibal Cafe, a website dedicated to people like him, people with a cannibalism fetish.

He was “looking for a well-built 18 to 30-year-old to be slaughtered and then consumed.”

As odd as it may seem, he got dozens of answers, but most of them backed out when they realized Meiwes wasn’t joking.

One of them, however, proved to be seriously interested in Meiwes’ proposition.

The man’s name was Bernd Jurgen Armando Brandes, an engineer from Berlin. He was willing to be eaten and also wanted to get a taste of his own flesh.

Brandes was 43-year-old bis*xual man, a bit older than what Meiwes was looking for, but since there were no other candidates the cannibal settled for what he could get.

The feast was carefully planned through an exchange of stomach-churning messages.

They discussed in what ways should Brandes be eaten and how was Meiwes to dispose of the body. It was Brandes who suggested the cannibal should keep his skull and use it as an ashtray.

The date was set for March 9, 2001, when Brandes went to Meiwes’ home in Wüstefeld. What happened next was easy to put together as Meiwes filmed most of the murder.

After they had s*x, the pair started making diner preparations. Brandes swallowed 20 sleeping pills, washing them down with some schnapps.

He then laid down in the bathtub, so he wouldn’t make a mess all over the house while he bled to death.

Brandes wanted Meiwes to bite his penis off, but the cannibal failed and had to chop it off instead.

The idea was for them to share the genital organ raw, but Brandes complained it was too chewy.

Meiwes fried the penis with some garlic and a bit of Brandes’ own fat, but he somehow managed to burn it till it became unedible, so he fed it to the dog.

Anyway, by that time, Brandes had become too weak due to all the blood loss. 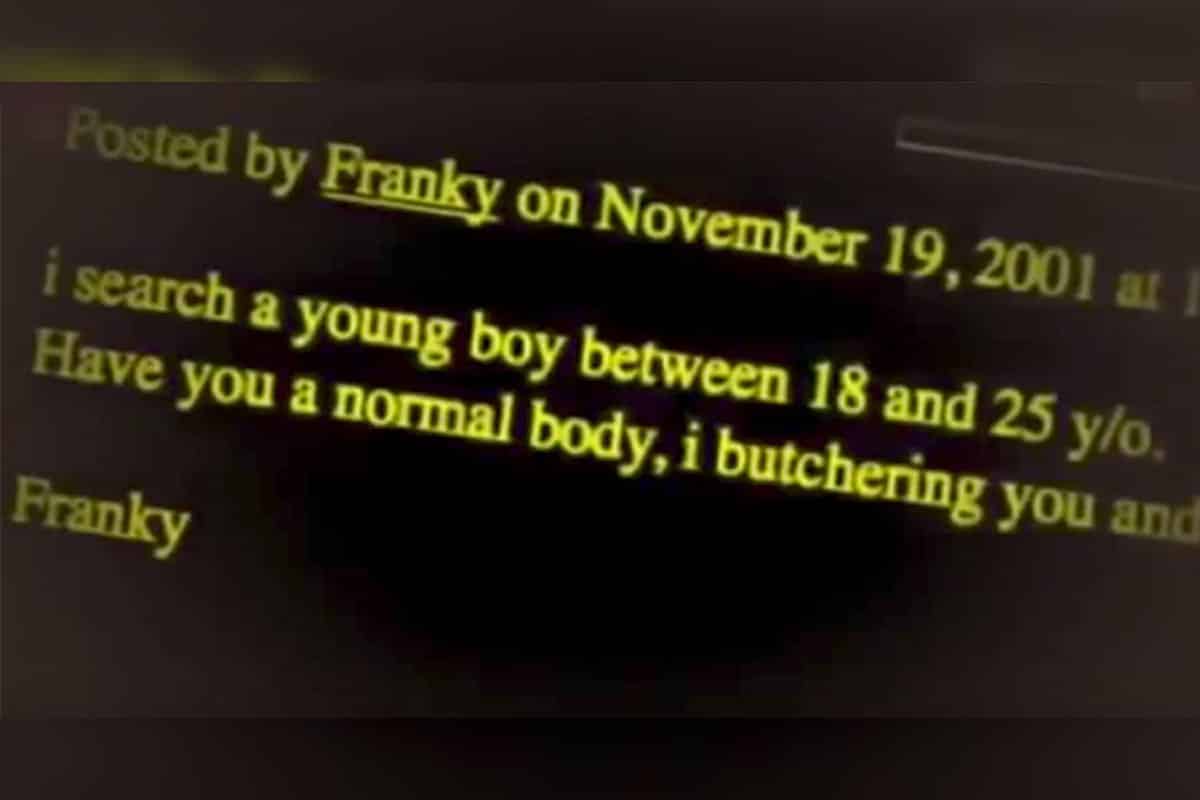 He was drifting in and out of consciousness and Meiwes waited patiently for him to die.

He made himself comfortable and got a book to read, a Star Trek book, if you must know, checking in on Brandes every 15 minutes or so.

At some point, Armin Meiwes decided to put an end to it. It wasn’t an easy decision, he hesitated for a long time, prayed a bit, but in the end took a knife and stabbed Brandes in the neck.

Armin Meiwes was well prepared for this moment. He hung the body on a meat hook and later on dismembered Brandes.

He carefully stored the meat in the freezer, hidden behind pizza boxes. At his trial, it was revealed that he ate the meat over the next 10 months.

As he grew fond of human flesh, in 2002, Armin Meiwes decided he needed more and posted another ad.

However, this ad was seen by an Austrian student who reported it to the police.

When investigators searched his place they found somebody parts and the videotape of the murder.

Cannibalism Is Legal In Germany

Armin Meiwes went to trial in 2003. The unusual case became even more so when it was discovered that cannibalism is, in fact, legal in Germany, so Meiwes could not be prosecuted for that.

Instead, he was charged with murder for the purposes of s*xual pleasure and with “disturbing the peace of the dead.”

Another sensitive issue was that Brandes had consented to the murder and had come voluntarily to his killer’s house.

The full video was never shown in court. Those involved with the case only got to see a 15-minute edited video capturing the key moments of the murder.

He was sentenced to 8 years in jail, a sentence that caused an uproar in the country.

In 2005, a German court ordered a retrial and, this time, Meiwes was sentenced to life in prison.

There have been many documentaries examining the life of Armin Meiwes and what led him to this extraordinary murder. It appears that his mental issues started during his childhood. 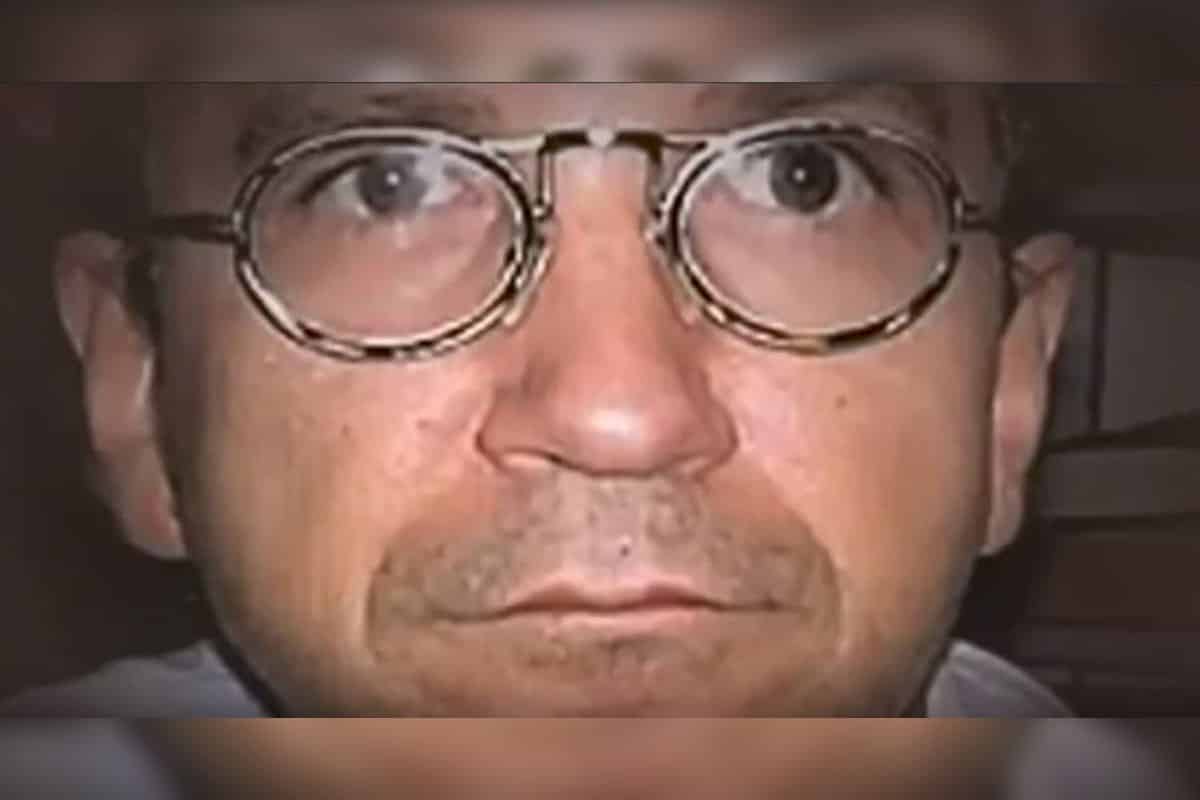 Meiwes was born in 1961 and had a rather miserable childhood with a stern father. The man abandoned his family when Armin was 8, never to be seen again.

The boy was left with an overbearing mother who insisted on accompanying him everywhere and often admonished the boy in public.

He was a lonely child, so lonely he created an imaginary friend, Franky, who would listen to him when his mother wouldn’t.

Accounts of his early life suggest he was about 12 when he developed the idea of eating his friends so they could be with him forever.

He was also said to be fascinated by the Hansel and Gretel story, particularly the part where the witch fattens up the two children.

His domineering mother died in 1999, leaving him the large family home where the murder took place.

In a twist reminding of Psycho, Armin Meiwes built a shrine to his dead mother complete with a plastic mannequin.

Meiwes took great care of the mannequin and put her to bed every night.

It is at the same time that he developed an interest in internet p*rn, especially for videos featuring torture and pain.

And finally, he made his way to bizarre cannibalistic sites where he eventually found Brandes.

During his trial Armin Meiwes expressed remorse for his acts and announced he wanted to write a book to help other disturbed people avoid making the same mistake he did. And he has since become a vegetarian.