by Factionary 6 months ago3 weeks ago
97.2Kviews

One of the fiercest and most awe-inspiring presences from the world of Hollywood is Salma Hayek.

The 54-year-old actress is Mexican, but she became a huge star in Hollywood since Dolores Del Rio. The big screen is still absolutely mesmerized by the striking and dark-eyed beauty this lady possesses.

She first stepped on the ladder to stardom with her soap appearance while in Mexico.

Being ambitious and determined, Salma Hayek, threw caution to the winds and risked her entire career to reach L.A.

Although the actress had to struggle initially, director Robert Rodrigues finally gave her the big breakthrough when he cast her in Desperado in 1995.

Since thereon, Hayek only built on her reputation as the busiest and s*xiest actress of Hollywood.

Let’s take a look at Salma Hayek over the years. 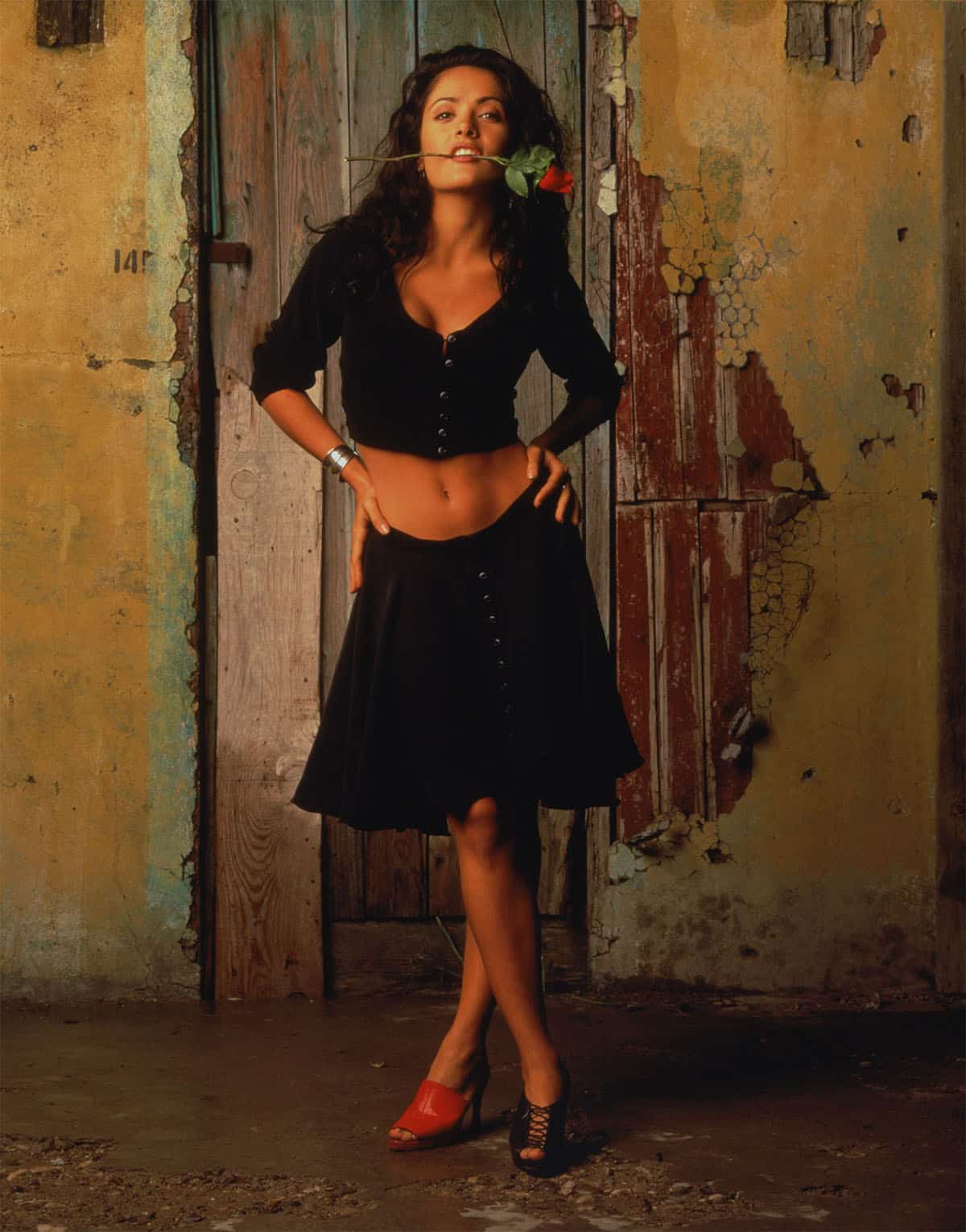 In 1995, Salma Hayek got her first breakthrough in film Desperado, opposite Antonio Banderas. 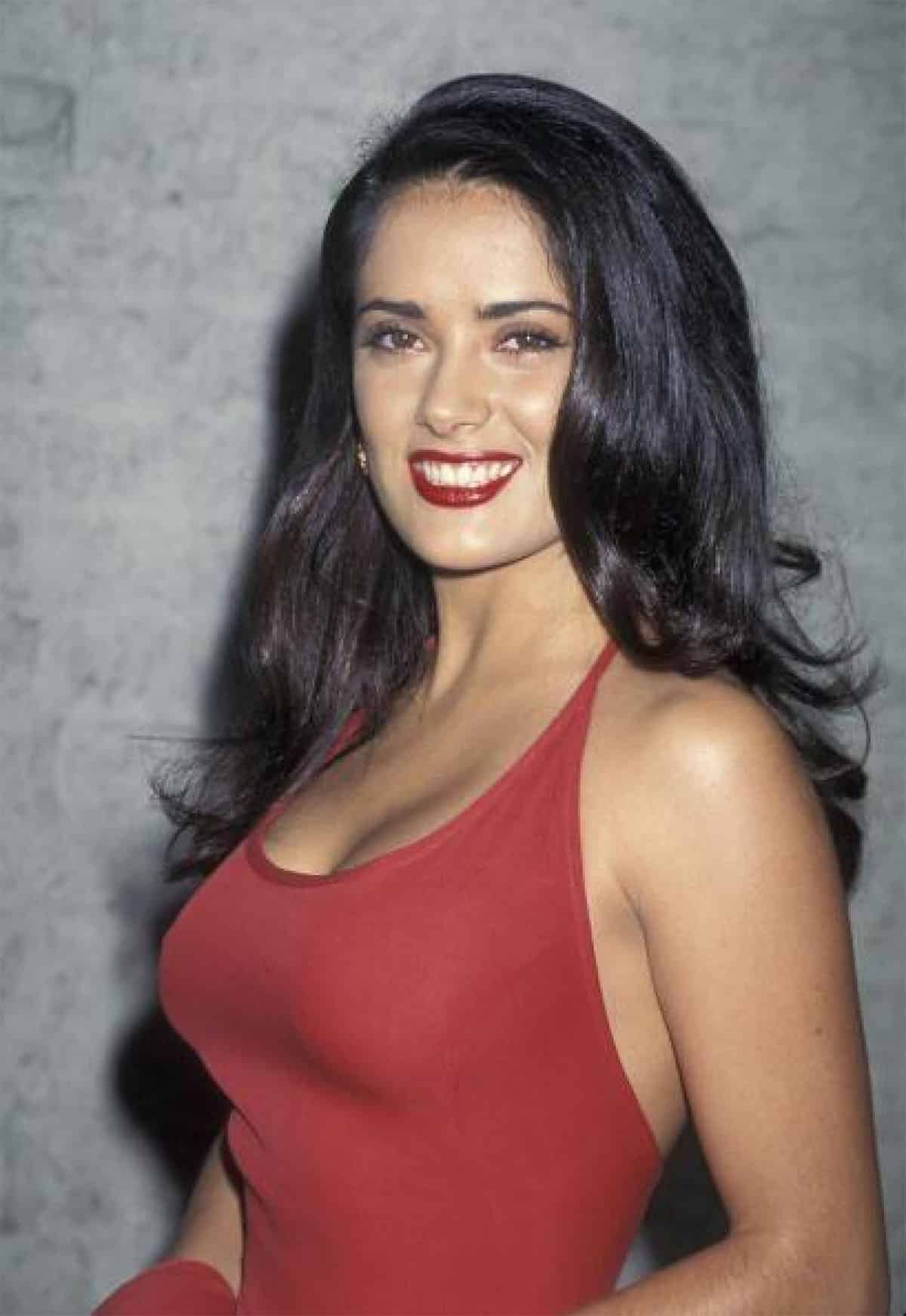 9 Salma At The Premiere Of Desperado

Hayek can be seen at the premiere of her feature film “Desparado” in Los Angeles on Augusts 21st, 1995 and is 28 years old here. 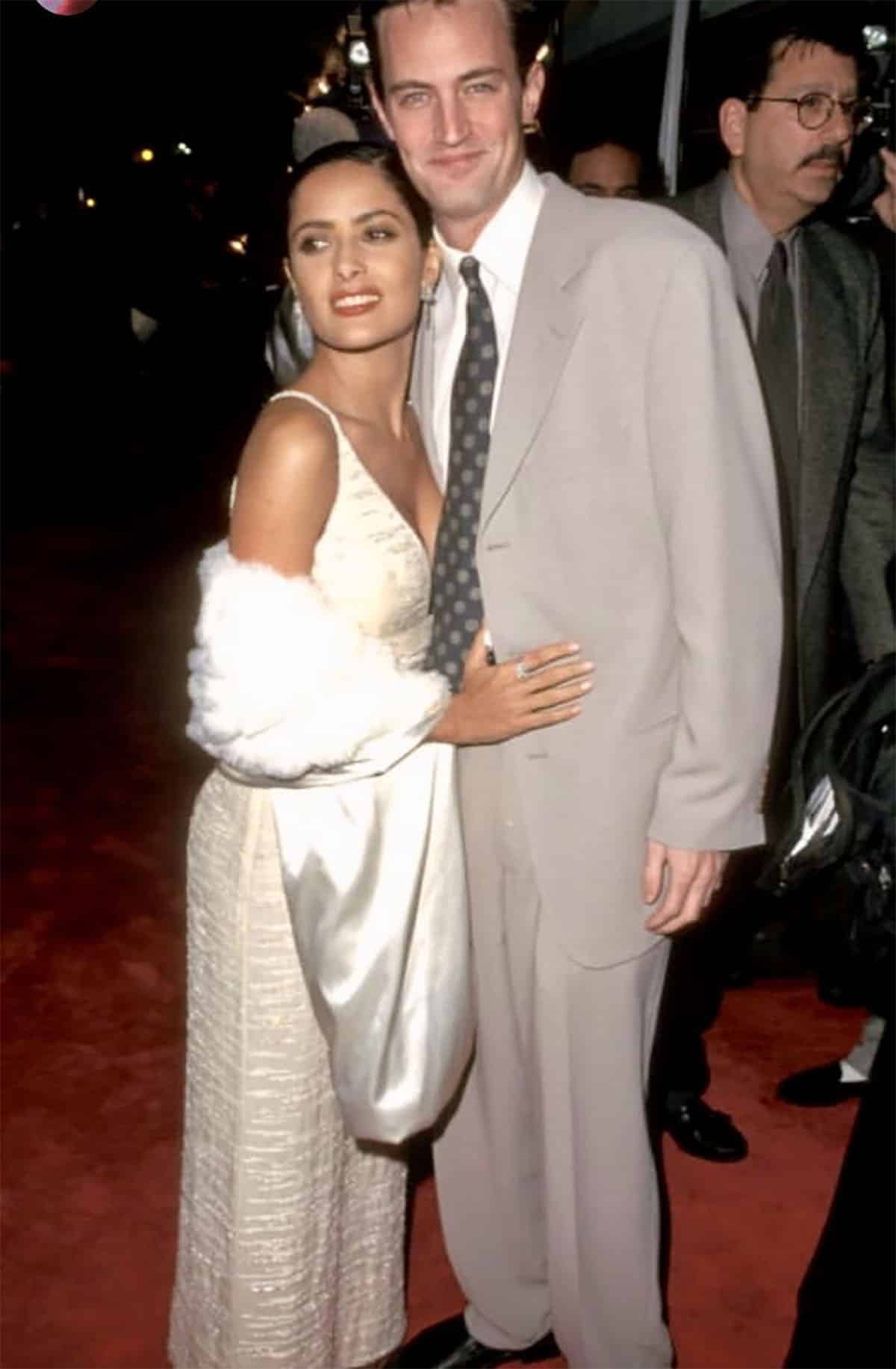 Salam Hayek attended the premiere of Fools Rush In in 1997, February 11, with Mathew Perry. She was thirty-one years old at the time. 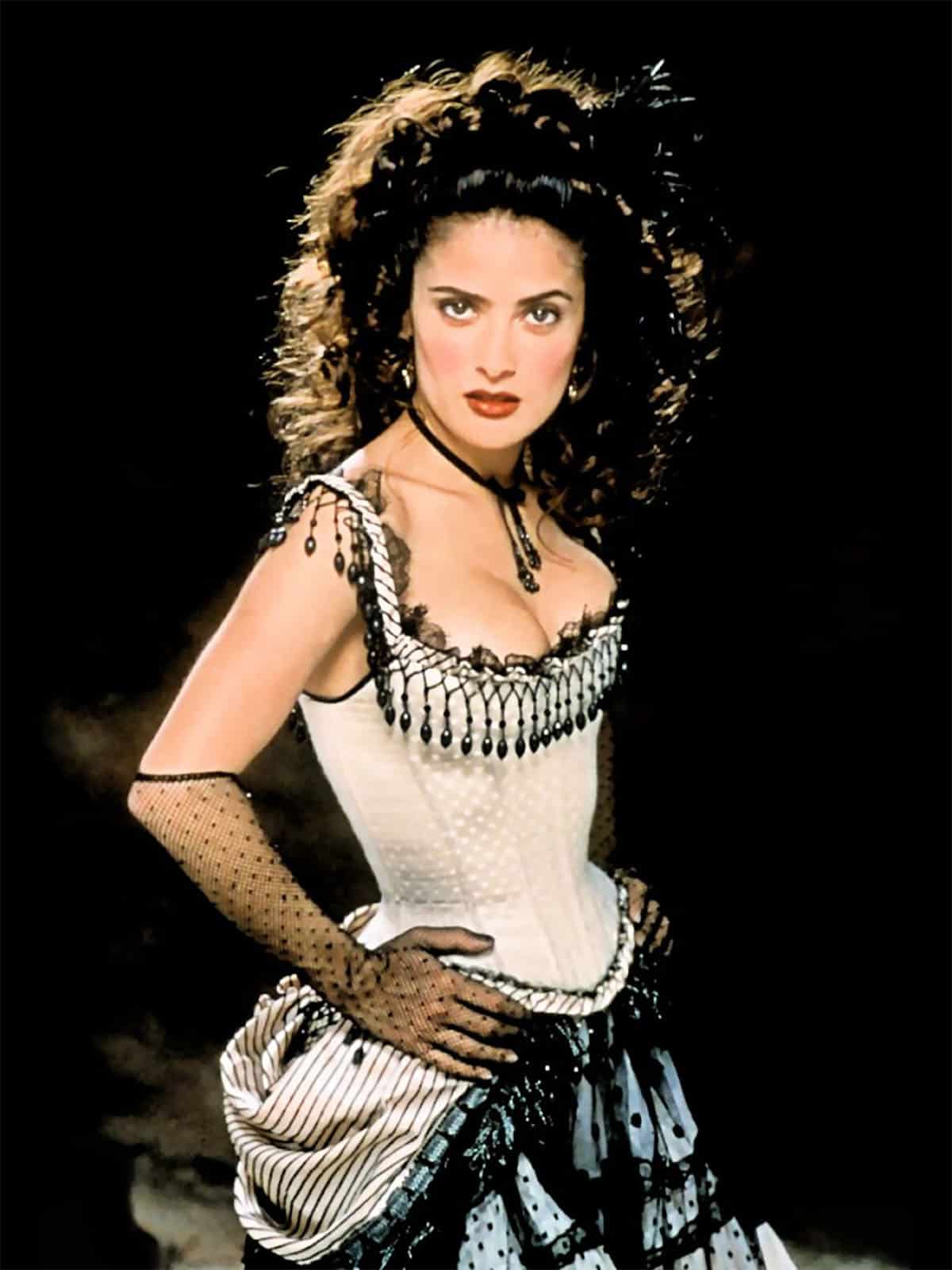 The world was completely captivated by the actress’ wild Mexican beauty. She looked stunning as Rita in Wild Wild West in 1999, and the character seemed to fit the actress like a glove. 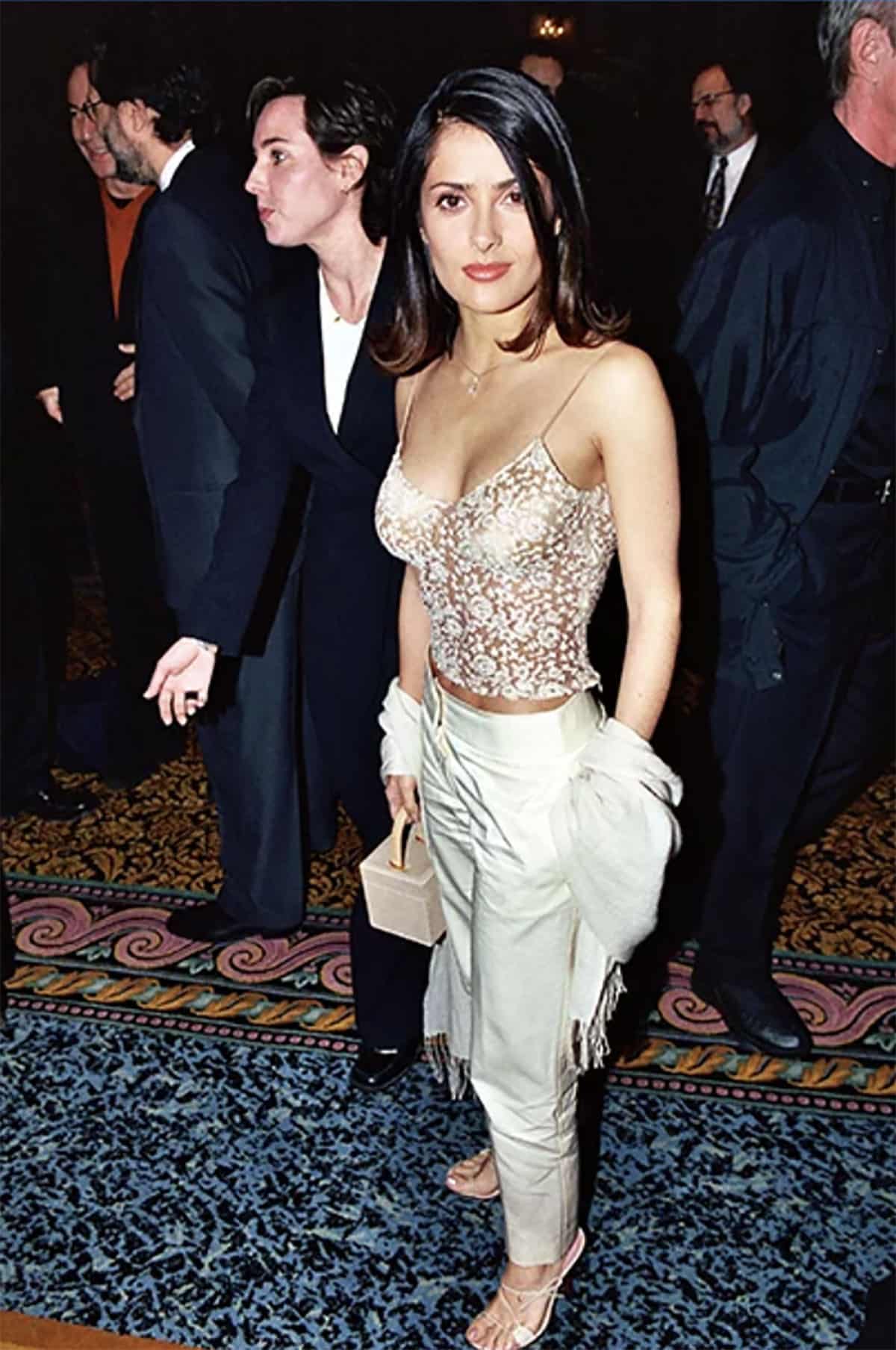 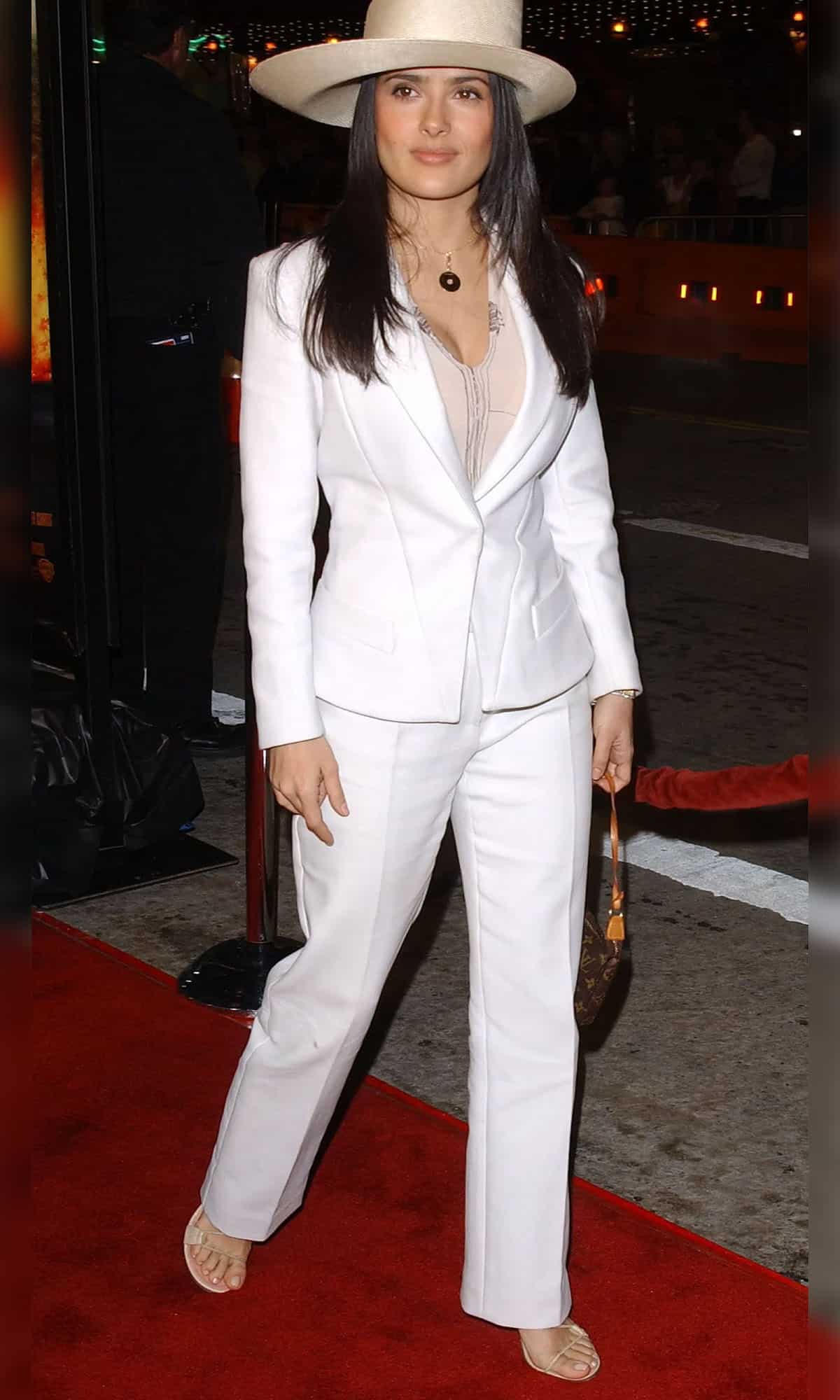 Salma Hayek looked adorable in a hat as she attended the Los Angeles premiere of Collateral Damage in 2002. She was thirty-six years old in 2002. 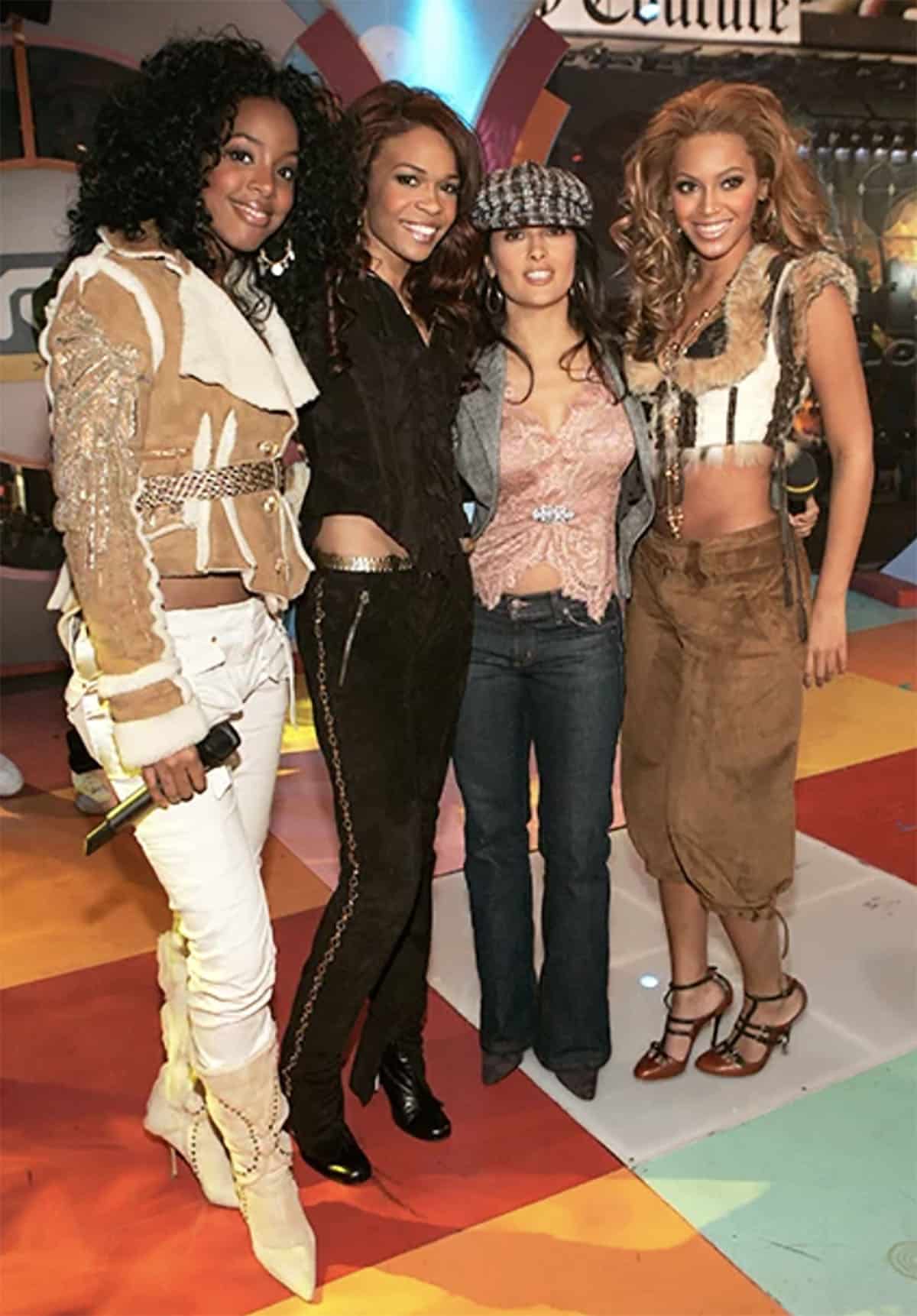 4 Salma With Her Entourage

A thirty-eight year old Salma poses with Beyoncé Knowles, Michelle Williams and Kelly Rowland on MTV’s TRL. Salma’s beauty and style only kept getting better with the years. 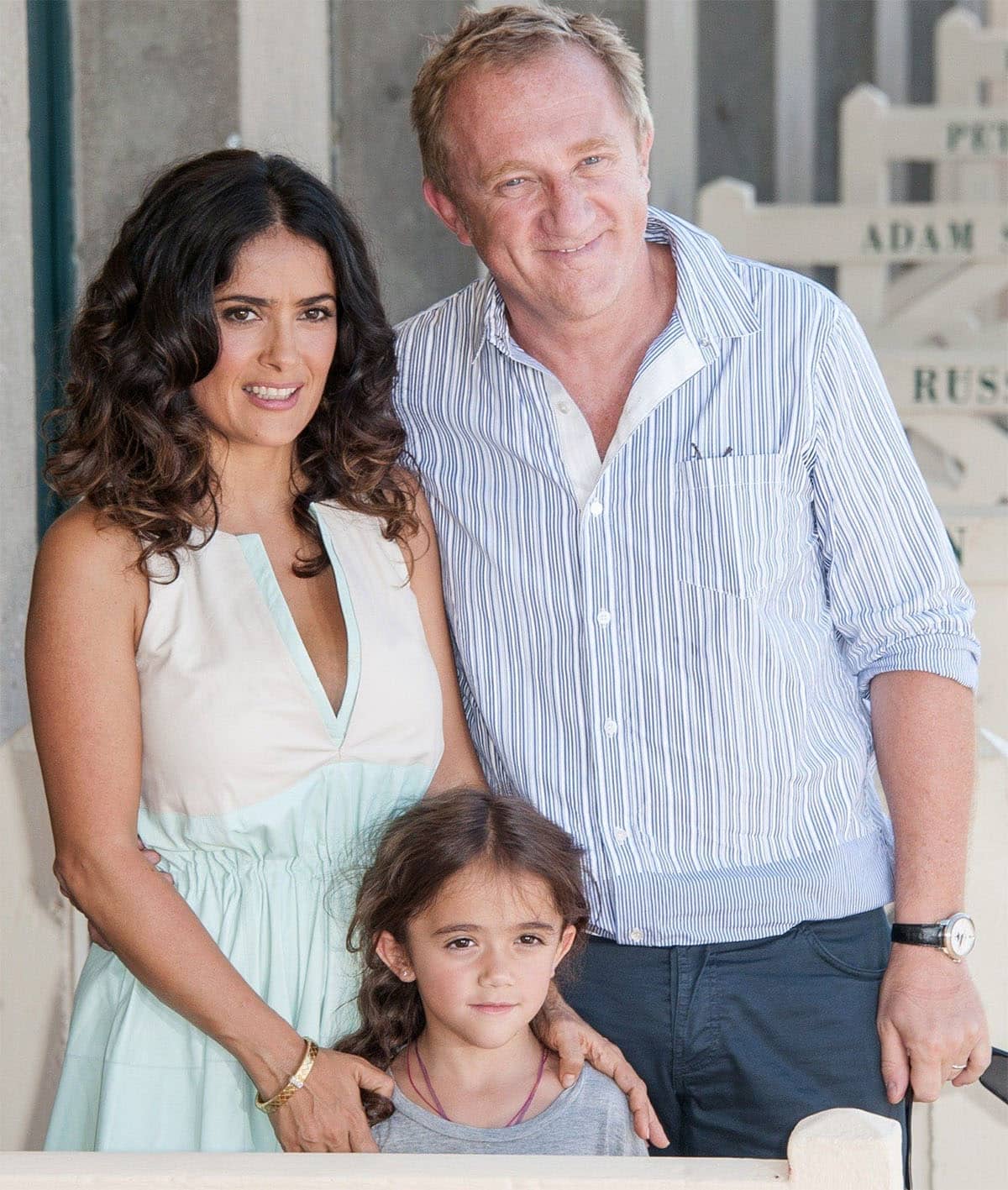 46-year-old Salma looks radiant as she poses with Valentina Paloma Pinault and Francois-Henri Pinault at the 38th Film Festival of Deauville. She dazzles yet again with her elegance and poise. This picture is of 2012, September 8. 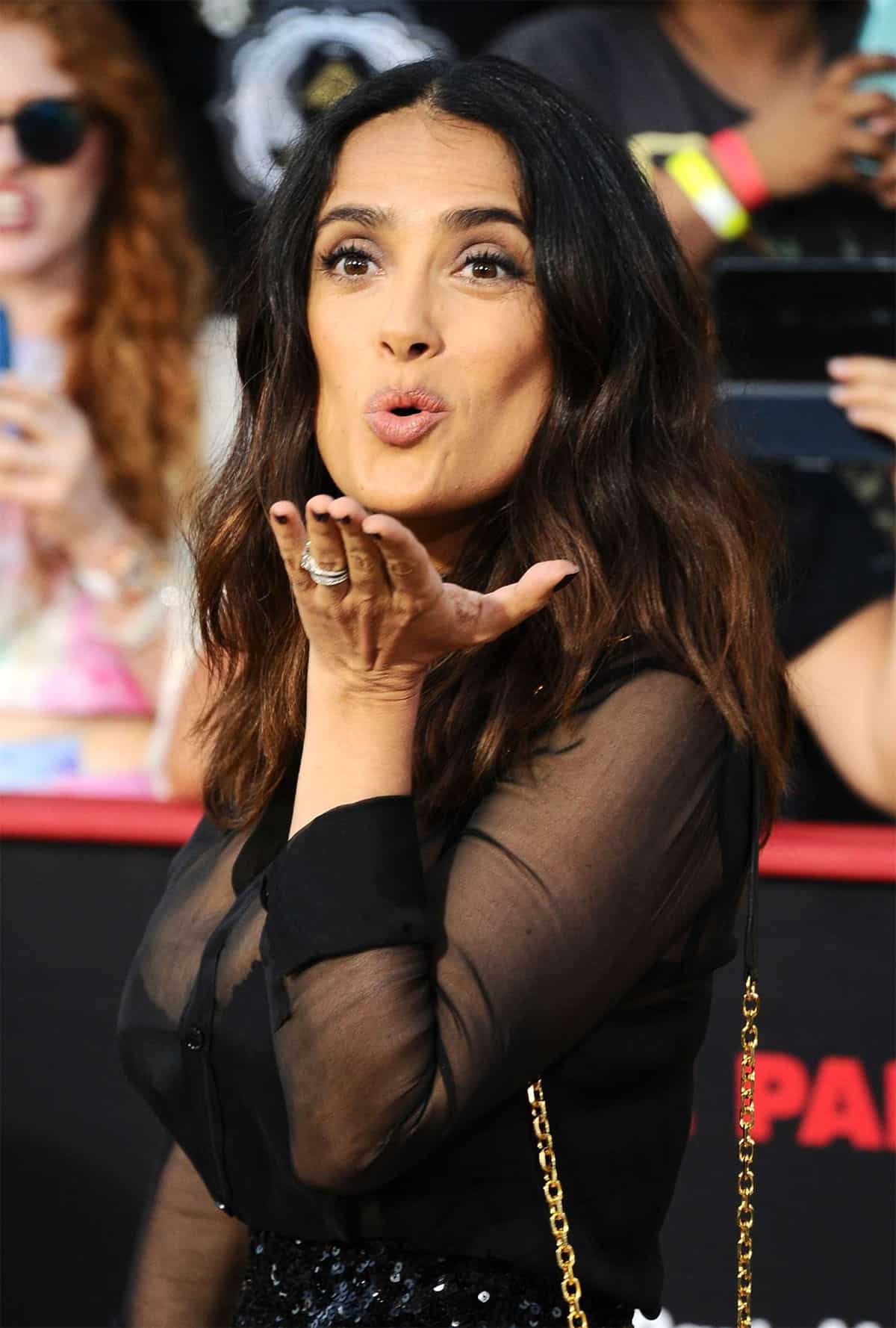 2 At The Sausage Party Premiere

Salma Hayek looks lighthearted as she blows a kiss for the cameras while attending the premiere of Sausage Party in 2016, August 8. 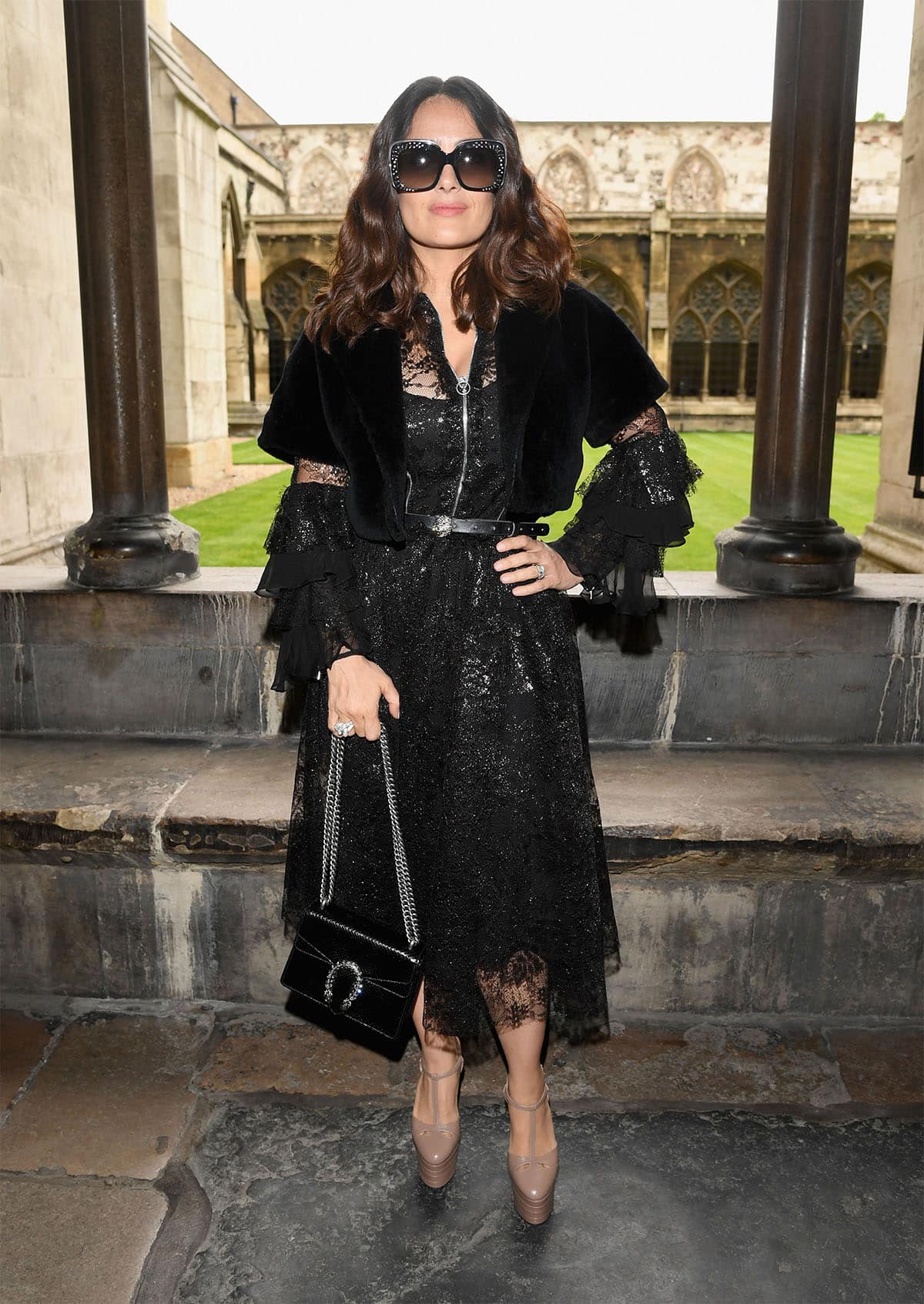 1 Salma Stuns In An All-Black Ensemble

Salma Hayek dazzles yet again in an all-black breath-stopping ensemble at the fashion show of Gucci Cruise in 2017. The 51-year-old actress teaches the world what style and sass truly looks like.