A popular chimp named Julius did something shocking that put his life in danger. He is a middle-aged chimpanzee and belongs to an endangered species.

However, he got treatment immediately after the stressful incident. The zoo officials responded quickly and put him under anesthesia while trying to be as careful as possible.

Now, they are keeping him away from the visitors to avoid any future mishaps. But what did the chimp do?

Why the guards got confounded? Read on to learn about Julius and his agitated behavior. 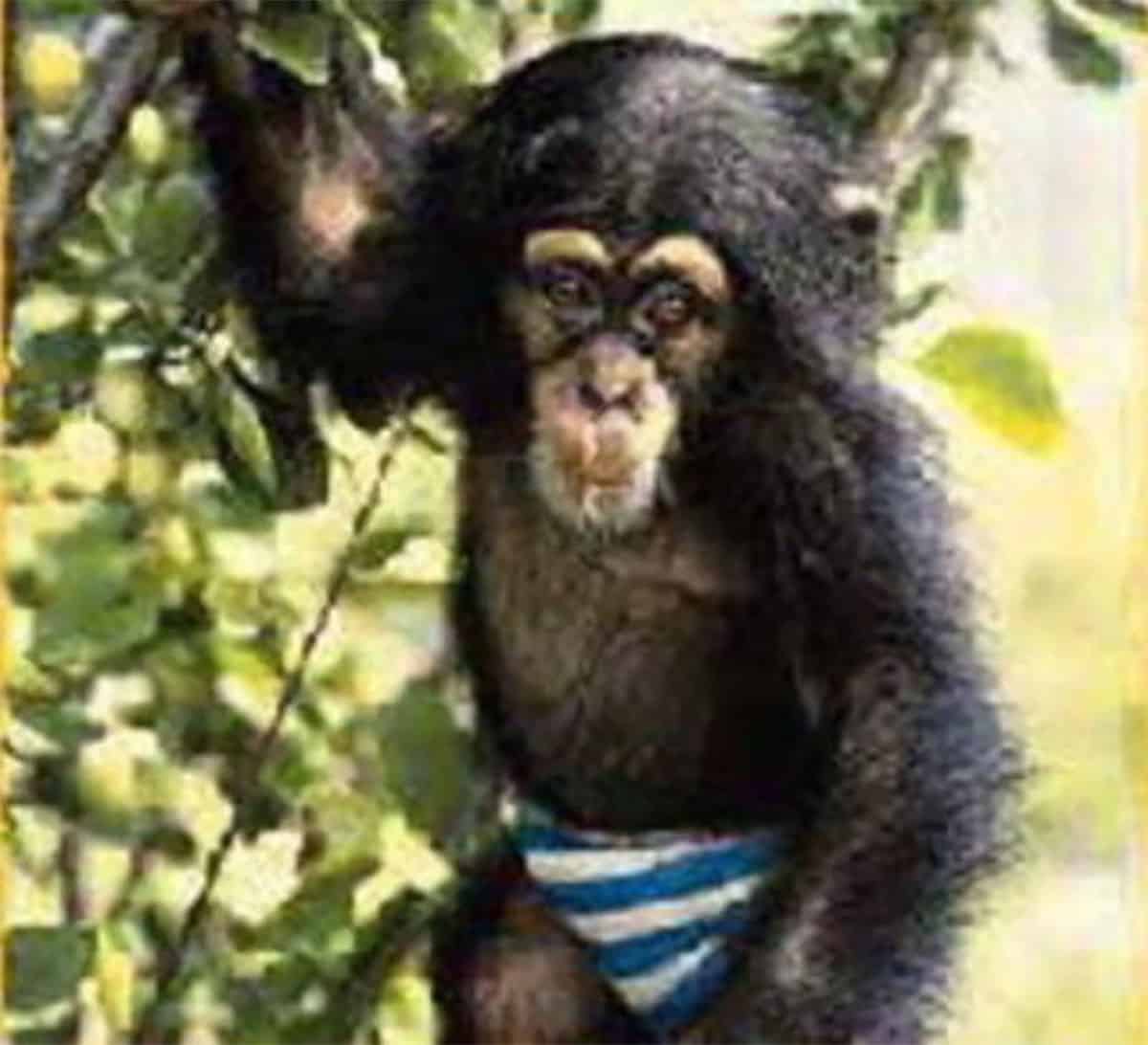 Julius: The Most Famous Chimp In The Dyreparken Zoo

Chimpanzees are one of the most adorable animals who make you laugh with their funny antics.

But some of their species are going extinct.

This is why several countries are taking serious measures to protect the endangered species like the West African chimpanzees.

In this case, zoos play a wonderful role; they keep them in a safe place where these primates can feel like they are in a forest.

However, these chimps live in enclosures and often have to deal with careless visitors.

Julius is 39 years old and is Norway’s most famous chimp. He was born in Dyreparken in 1979.

When his mother abandoned him, the zoo director, Edward Moseid, adopted Julius.

The zoo staff loves him and keeps a check on him, as Julius has always been special for everyone.

However, he got famous in the region when he showed his acting skills in the 1981 kids’ documentary, produced by the Norwegian Broadcasting Corporation.

Not only he has remarkable acting talent, but he is quite intelligent and smart.

Julius made it to the headlines and got media coverage many times because of his several successful escapes from his home, i.e., the zoo’s enclosure.

Even though Julius has given a tough time to the zookeepers because of his running habit, he is still one of the most favorite chimpanzees in the zoo.

He is a West African Chimpanzee, and you may know that these chimps are severely endangered species.

Of course, this makes Julius so special and unique.

Julius Tried To Eat His Hands

Yeah, Julius was always ready to run away from his premises, but that doesn’t mean he would intentionally injure himself.

The zoo officials got shocked when they found the agitated chimpanzee eating his own arm. Yes, he did this. 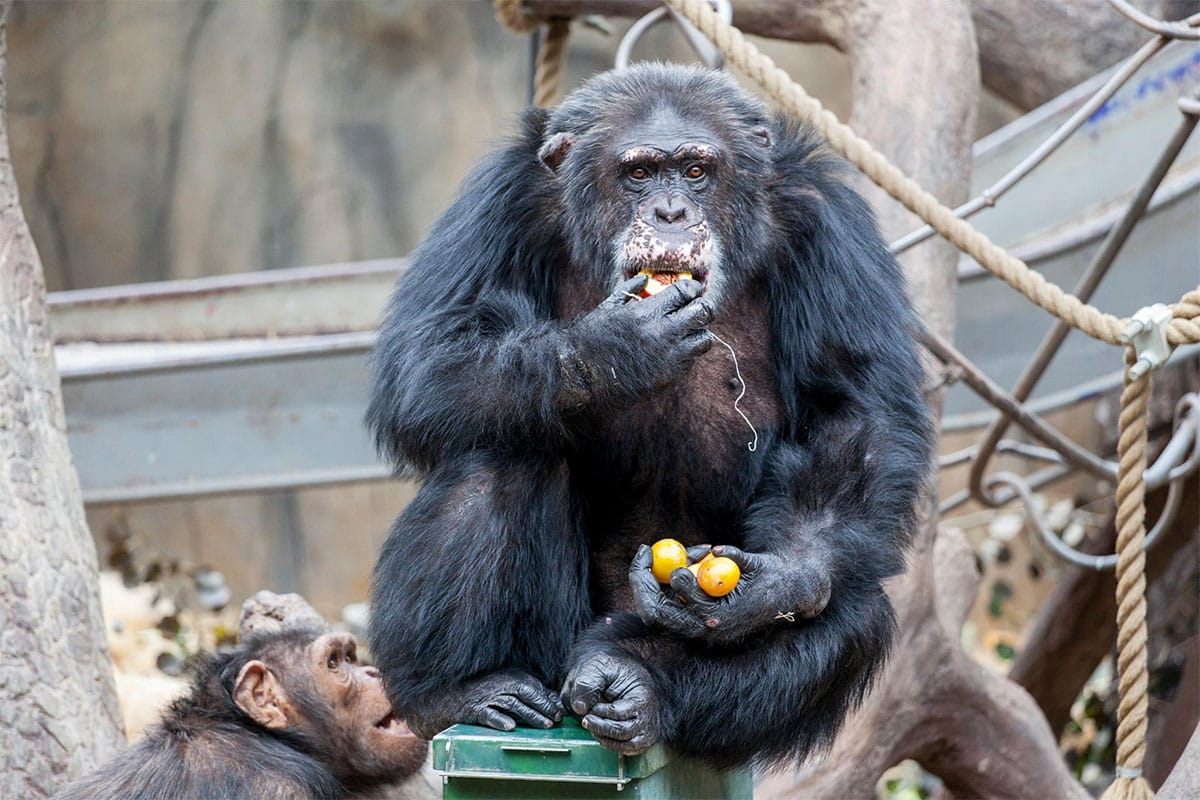 As soon as the staff noticed the unusual behavior, they rushed to Julius’ enclosure and put him under anesthesia.

When they examined Julius’ whole body, the staff members got shocked by noticing self-inflicted wounds.

They were perplexed by thinking of Julius’ actions and could not understand what triggered this aggressive behavior.

They were feeling miserable, looking at Julius’ agitated state.

The 39-year-old chimp knows the trick of unscrewing bottle caps on his own.

Zoo members and visitors always get fascinated by his skills. But this talent became a life-threatening problem for Julius.

The zoo officials figured out that the chimp had found a bottle that contained an unspecified drug.

They said that an unidentified visitor had thrown the bottle into Julius’ enclosure.

This West African Chimp loves carbonated beverages, and he must have unscrewed the bottle for enjoying the soda.

What Happened To Julius?

Julius was not well at all in the beginning but surprisingly recovered soon.

Fortunately, he did not sustain lethal injuries and is completely fine now and enjoying his days in the zoo.

As for the culprit, who thought it funny to drug a chimp, the police is investigating the matter.

They analyzed the zoo’s CCTV footage to find a lead.

Rolf-Arne Ølberg, a vet at the Norwegian zoo, said that they got shocked by the chimp’s behavior and the cruel act of the visitor.

They are glad that Julius is doing better now, and his wound has almost healed.

He said the situation could have been worse and dreadful for the chimp, but fortunately, he got the treatment on time.

The medical staff that examined Julius under anesthesia, initially thought his arm has got infected, causing excruciating pain. 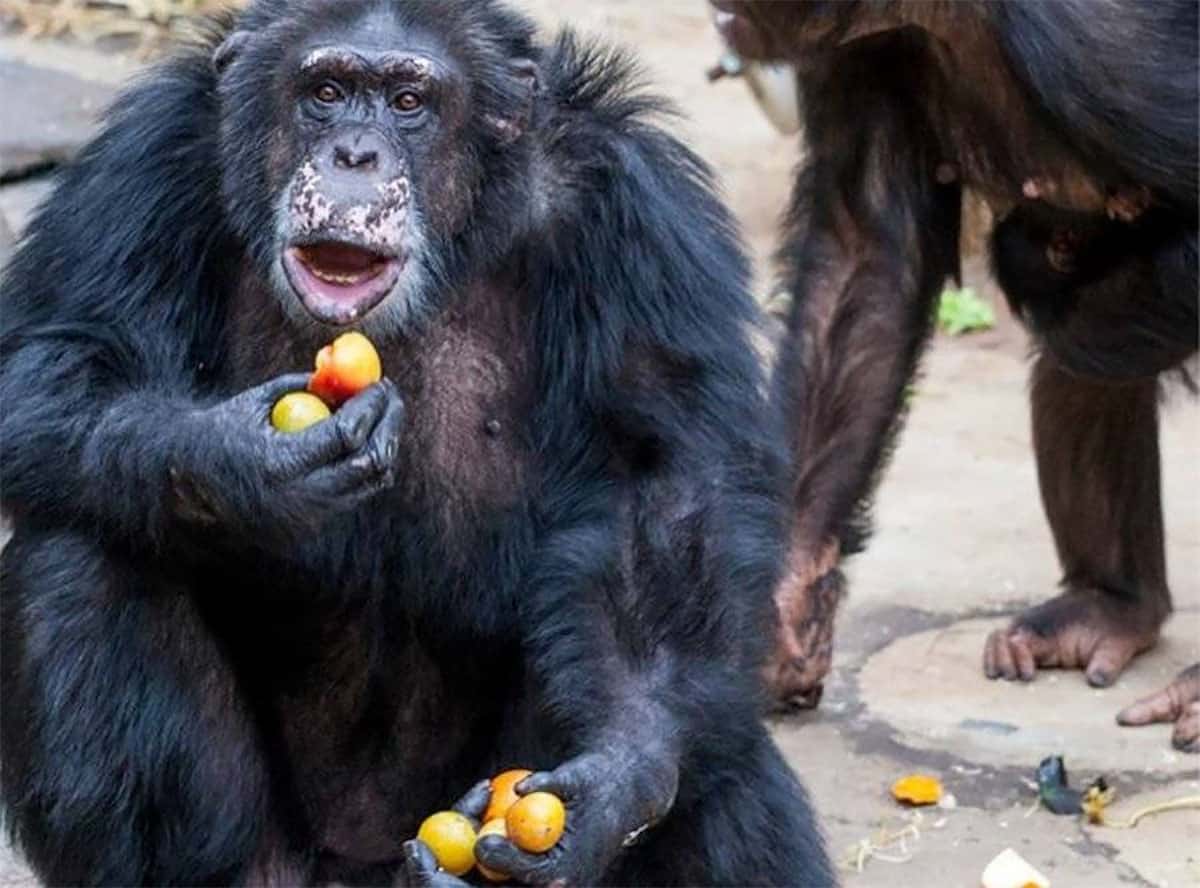 And he got agitated and hurt himself while trying to get rid of the pain.

But they discovered the truth when someone reported having seen a visitor throw a soda bottle into the chimp’s enclosure.

After this statement, the doctors started to suspect that the chimp could have ingested something that led to Julius’ abnormal behavior.

Later, the urine samples and blood test conducted at St. Olav’s Hospital in Trondheim also confirmed that Julius had ingested some drug.

Moreover, the reports also indicated the chimp had consumed the drug in a large quantity; the officials did not specify the drug.

Ølberg said that after the incident, their main focus was to take care of Julius and give him good treatment.

The vet told that Julius’ wounds have healed, and he now behaves normally.

Conservationists and Dyreparken zoo officials are trying to find a breeding program for this primate as his species is endangered.

The carelessness of the visitor might have ended Julius’ life, but fortunately, the chimp is doing fine.

It is important to understand that animals are smart beings, and they can sense everything.

They can understand love, affection, and hatred. When visiting a zoo, people must remember to treat animals with care, love, and respect.