by Factionary 3 months ago3 weeks ago
28.2Kviews

Plastic surgery has been life savior for many people, especially when the procedure was intended for reconstruction of body parts due to permanent injuries or deformation caused by accidents and other medical conditions.

The results can be so impressive that many people choose to undergo the same procedure for cosmetic purpose for an entirely different purpose: to enhance physical appearance in accordance to their own personal preferences.

There is actually nothing wrong with cosmetic surgery, unless when it is extensively done on various body parts of a single person to the point where those parts are almost completely transformed.

As a result, the person looks nearly unrecognizable from their previous and natural identities.

Although no one should judge someone else’s decision when it comes to physical appearance, receiving too many plastic surgeries to alter appearance almost always creates a controversy.

More often than not, these people receive mixed reactions from just about anybody each time they go out to public places; some respect their decisions, while others will simply look away.

The following list is filled with people who have turned a big portion of themselves into plastic. 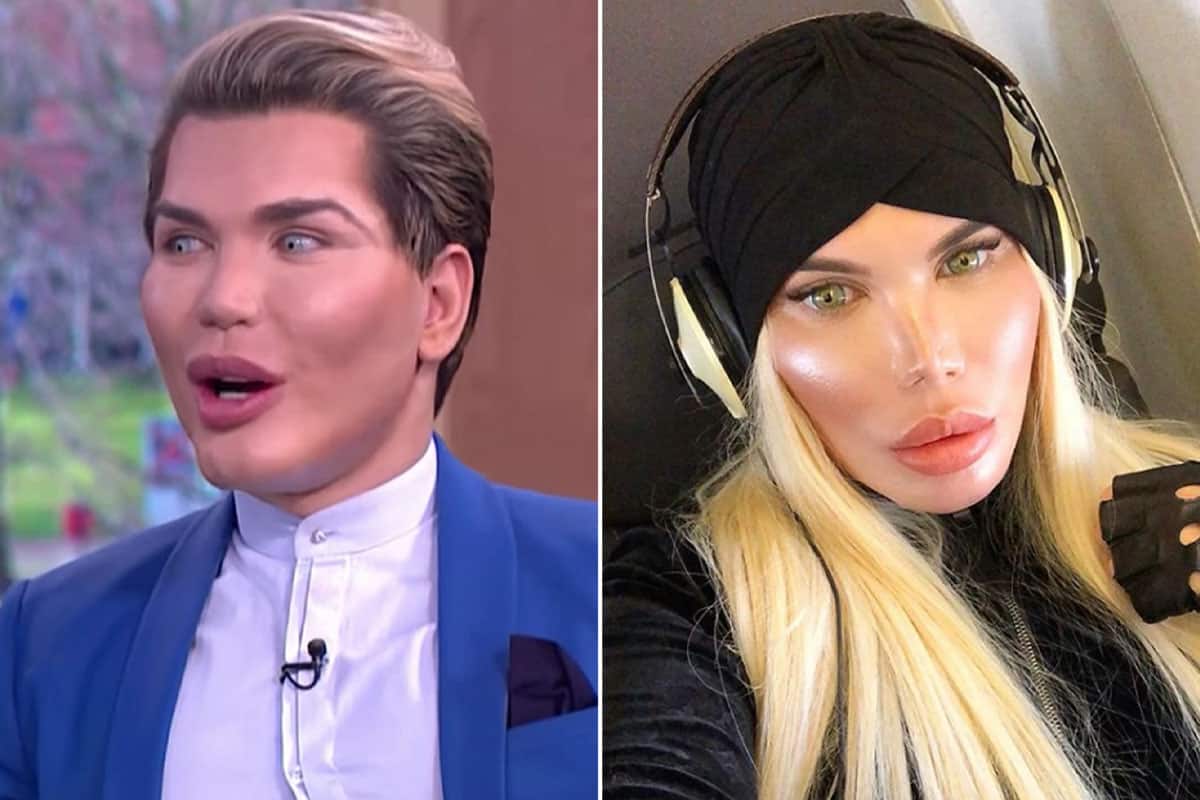 The 36 years old Brazilian-British television personality Roddy Alves (born Rodrigo Alves) is most notably known for having undergone dozens of plastic surgeries to alter her appearance.

As of January 2018, Alves has undergone more than 100 plastic surgeries including but not limited to liposuction, multiple facelifts, at least eleven times of rhinoplasty, and filler injections.

After living in privacy for about three months, Alves came out as transgender woman on 4 January 2020. 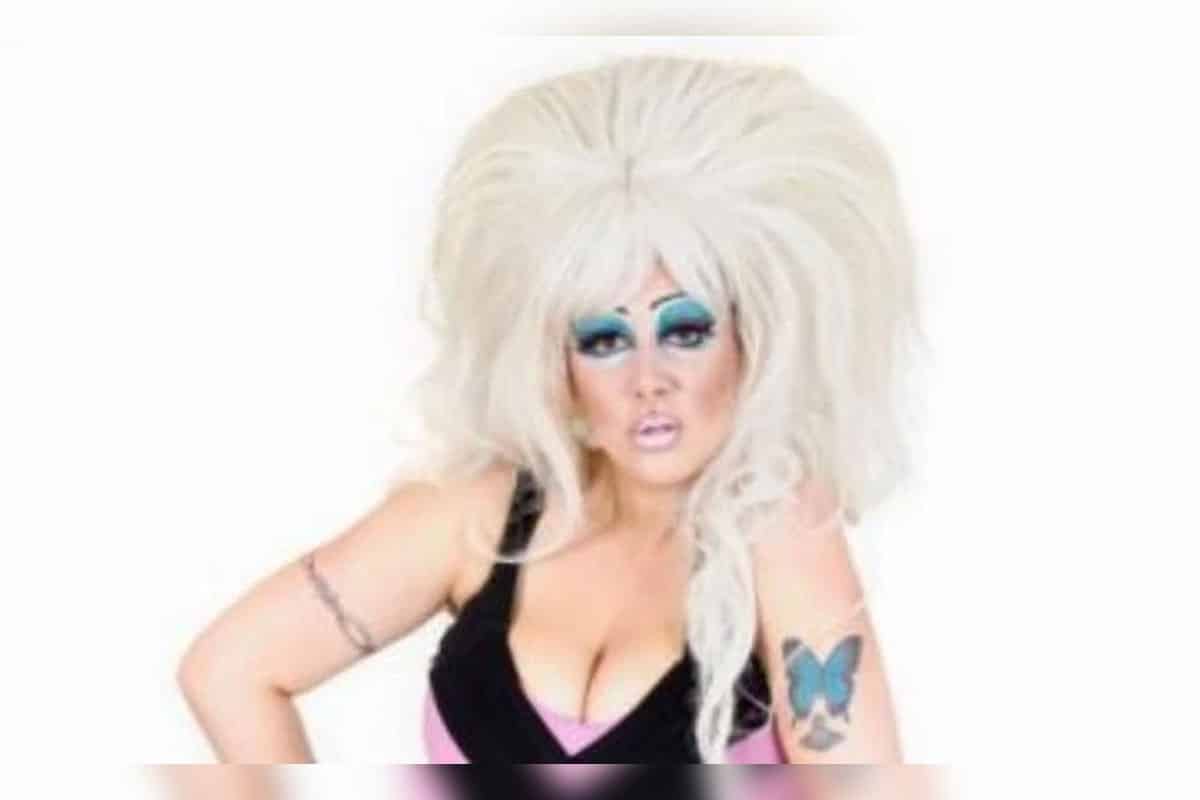 The 30 years old Londoner who goes by the name Collagen Westwood (presumably not her birth name), has spent roughly US$ 7,000 to enhance her physical appearance.

The motivation is quite unique; Westwood naturally is a woman, and she opted to undergo plastic surgery to make herself look more like a drag queen.

She once even claimed that she was thrilled anytime she was mistaken for a man dressing as a woman on a night out. Westwood said that she was planning to have some of her ribs removed to fit into smaller corsets. 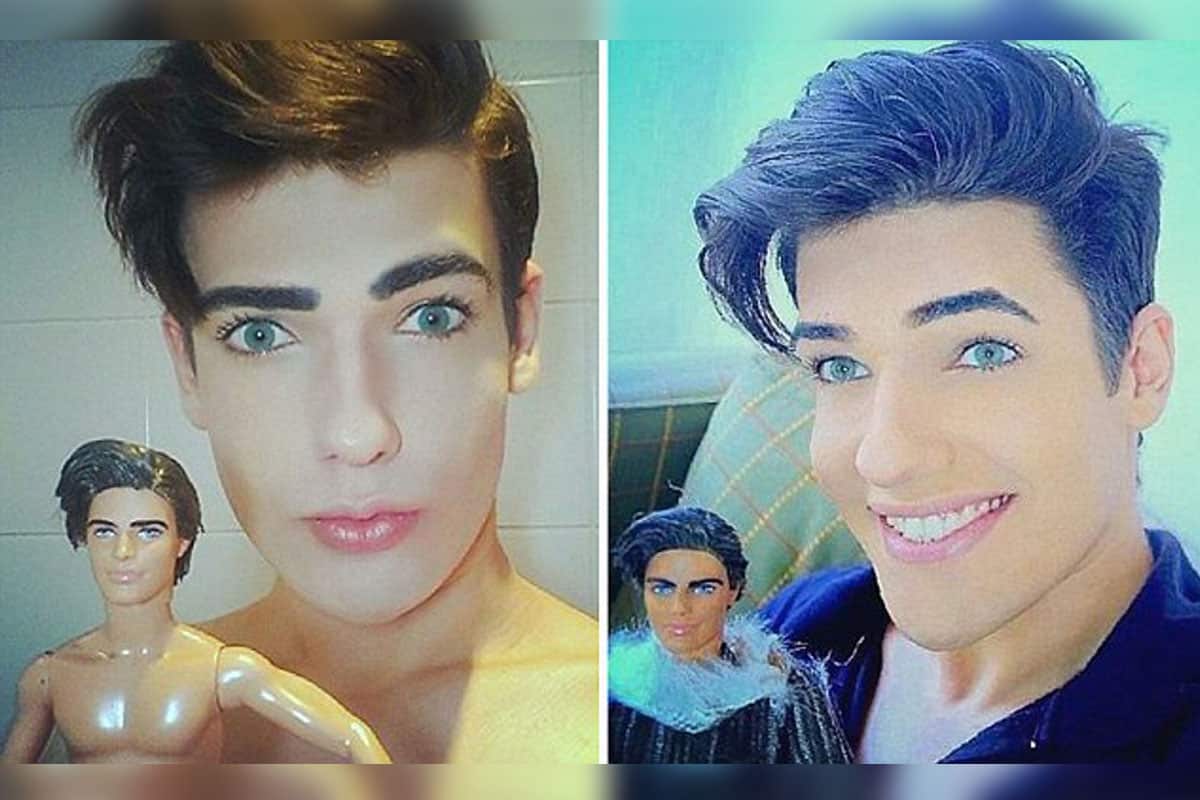 A Brazilian man Celso Santebanes, also known as “Human Ken,” spent roughly US$ 40,000 on plastic surgeries to alter his appearance to the real-life version of Barbie’s loyal boyfriend.

He started his extreme transformation after winning a modelling contest when he was 16 years old.

He rose to fame after appearing in a talk show in Sao Paulo. Apparently he was so famous that he began to charge US$ 16,000 for each appearance. He died young in 2015 at the age of 20 after a five-month battle with leukemia. 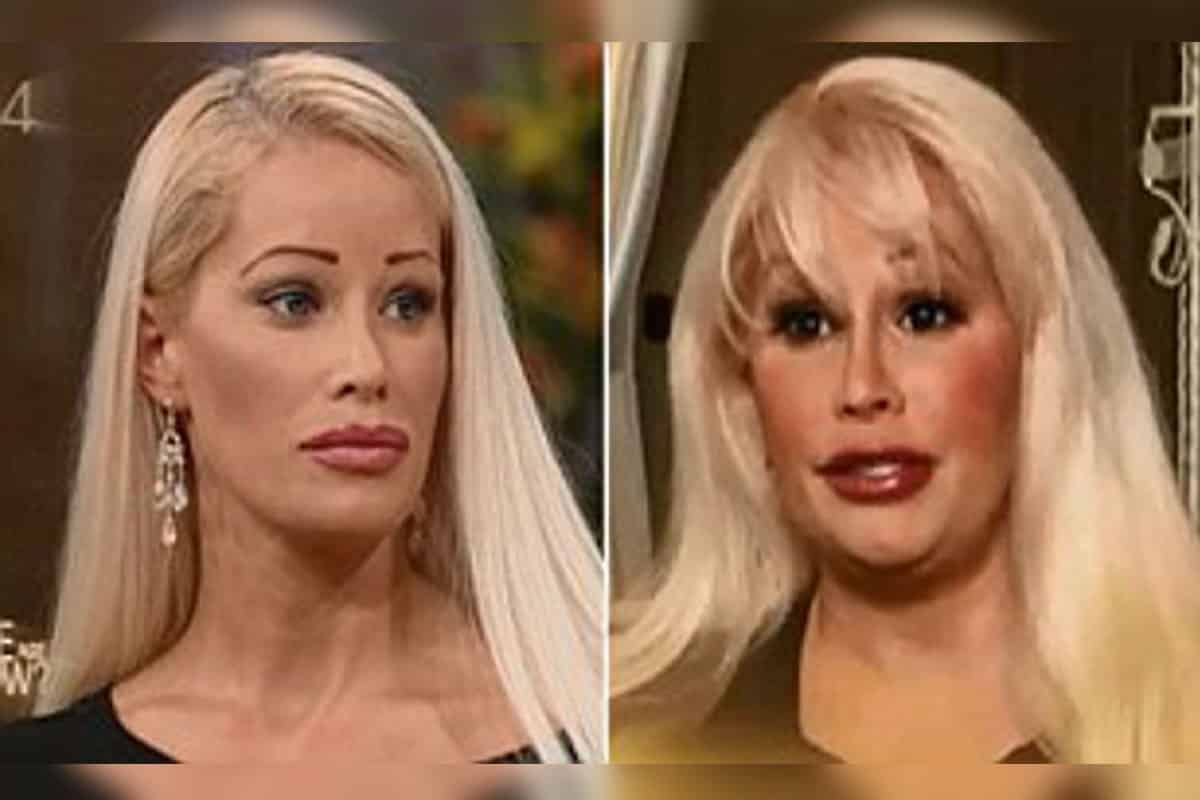 For Jenny Lee Burton, a mother from Austin, Texas, a single plastic surgery that she underwent and was meant to please her ex-husband turned into a nightmare as it triggered a scary thing inside her: addiction.

She appeared like a Barbie on The Oprah Winfrey Show in 2004; by that time, she had undergone 26 procedures including liposuction, breast augmentation, nose jobs, and lip injections.

Since her appearance, she has had at least 33 more procedures.

She has been diagnosed with a condition called fibromyalgia, which is a chronic pain disorder leading to weight gain.

In a follow up episode in 2008, she said that she was in constant pain all day every day. 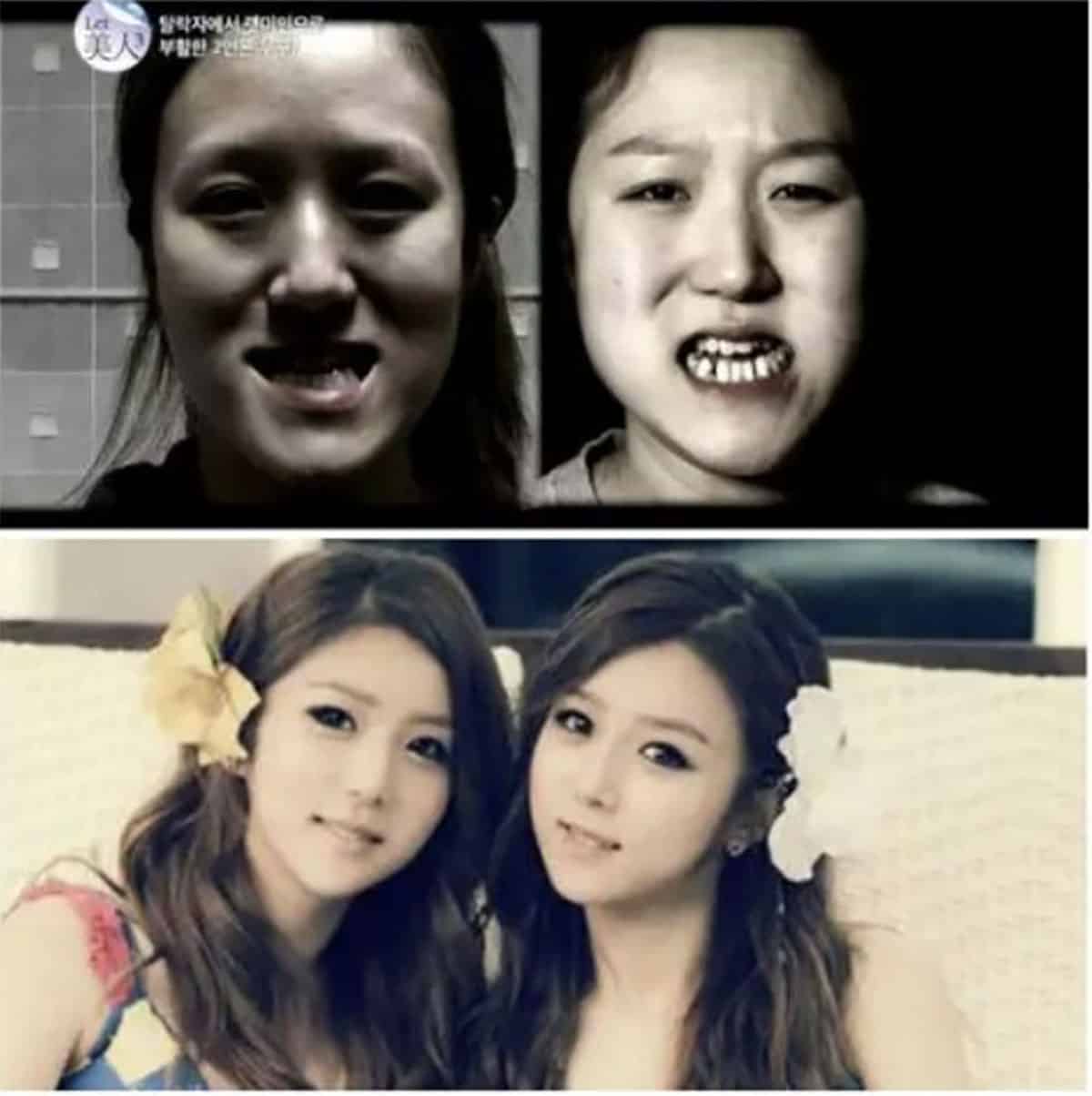 One of the most impressive (arguably successful) plastic surgeries were done to twin sisters who appeared in a South Korean reality show called “Let’s Beauty.”

Unfortunately the twins’ names have not been disclosed, but their physical transformations were mindboggling.

The show invites people who feel that their appearance hold them back, and provides them with cosmetic surgeries.

The twins received multiple procedures including nose jobs, facelifts, dental work, and chin reductions among others. Their before-and-after photos say it all out loud. 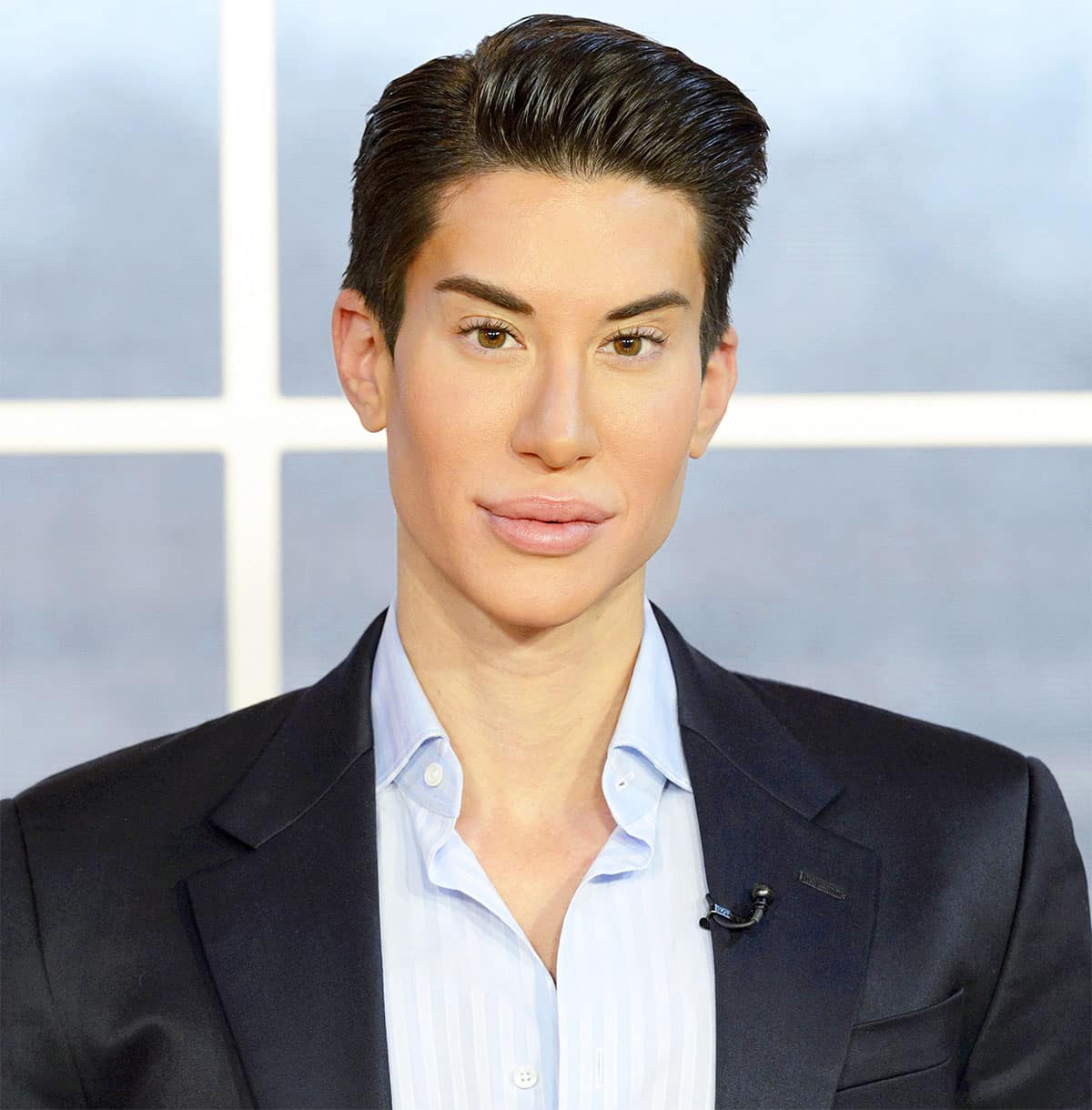 If Brazil had Celso Santebanes, the United States has Justin Jedlica, a 39 years old man from Poughkeepsie, New York, who is also known as the “Human Ken Doll.”

Just several days after his 18th birthday, he underwent his first plastic surgery; it was a rhinoplasty. 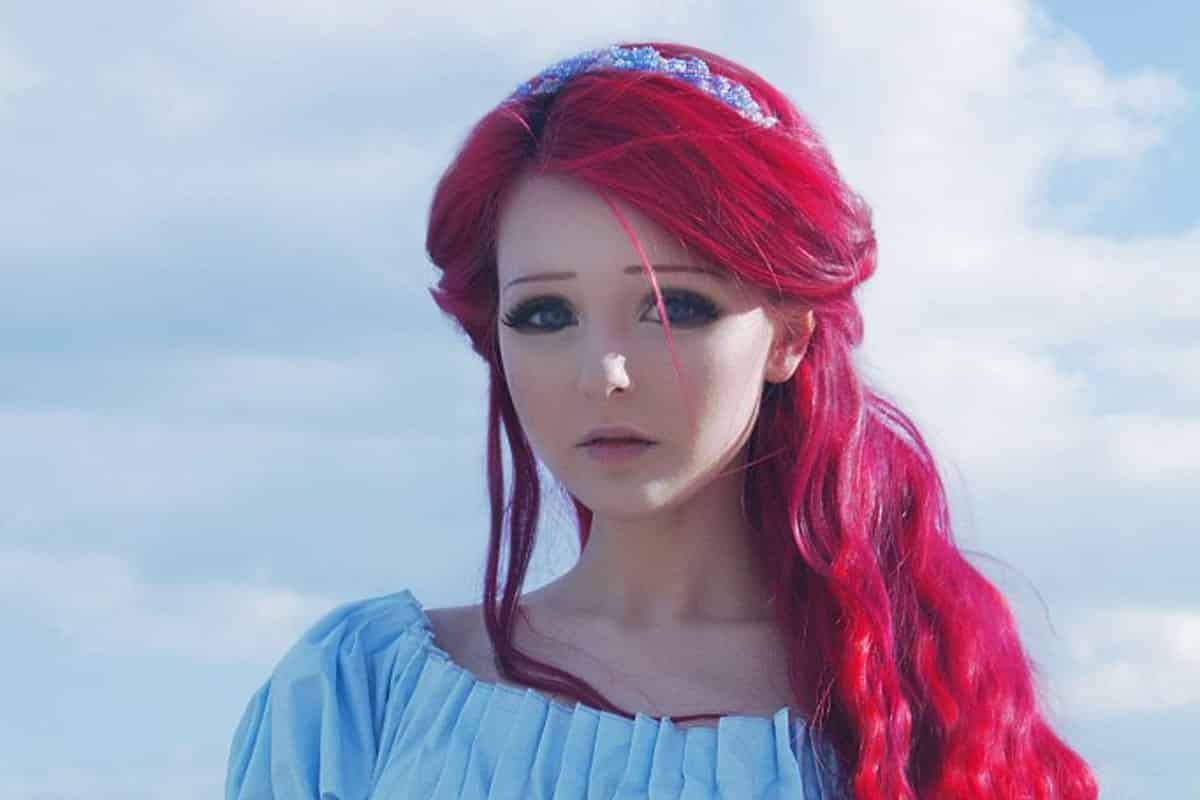 Growing up admiring the characters in a lot of Japanese animations or “anime,” Anastasiya Shpagina has taken some extreme measures to showcase her fondness for them.

She started with the conventional method first: applying makeup.

When this was no longer fulfilling, she opt for plastic surgeries.

There have been rumors about her having several ribs removed to get the perfect hourglass figure.

Despite the undeniable transformation, she claimed to only use makeup to achieve the anime-girl look, but some people seemed to find it too hard to believe. 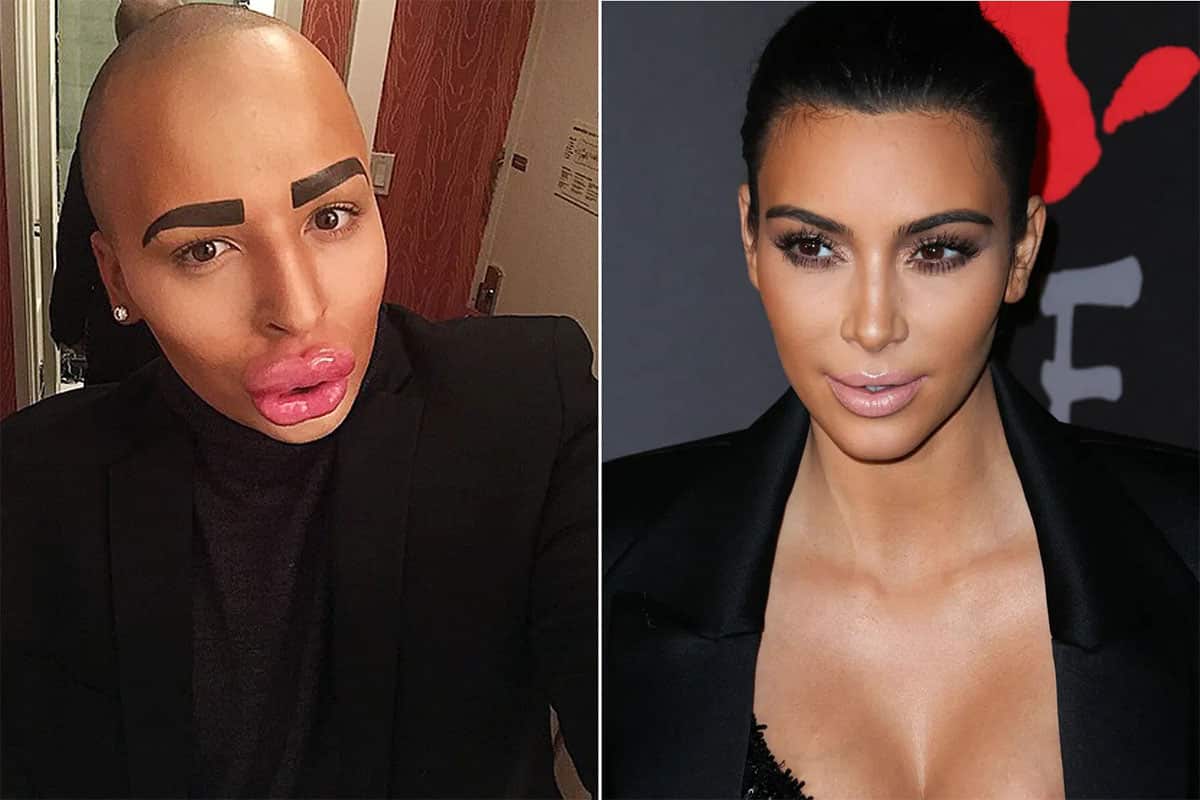 Kim Kardashian indeed is a popular figure, probably one of the most recognizable woman on TV in recent years.

She has millions of fans all around the world, and one of them just cannot seem to resist the temptation to take his admiration for the Kardashian to an entirely different level.

Jourdan James Park has so far spent nearly US$ 160,000 to pay for plastic surgeries in the hope that he would be the male version of Kim Kardashian. As of 2016, he has undergone at least 50 cosmetic procedures. 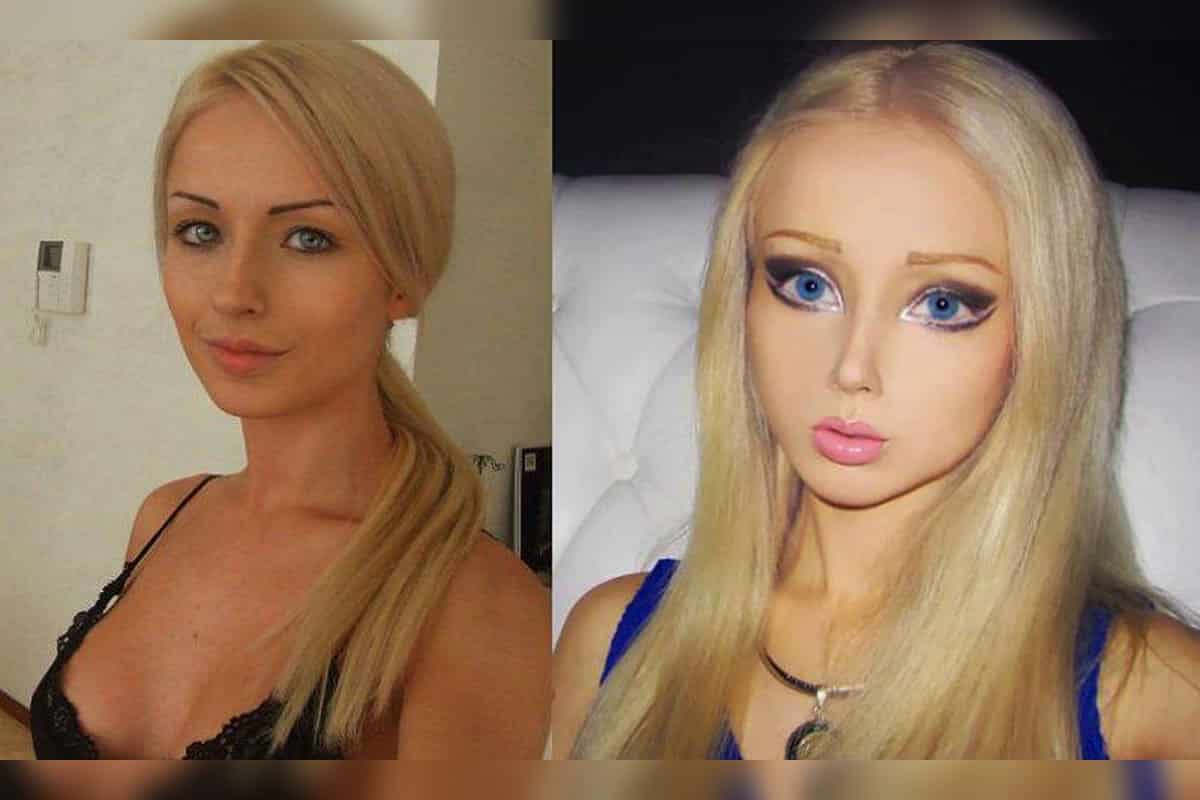 The 34 years old Ukrainian model Valeria Valeryevna Lukyanova is famous mostly for her unmistakable resemblance to a Barbie doll.

She has claimed to have undergone breast implants, and that’s about it. She denies ever having cosmetic procedures done on any other parts of her body.

To enhance the Barbie-like appearance, she uses contact lenses and makeup. Of course, many people find her “almost inhuman beauty” impossible to achieve without any other plastic surgery in addition to the breast implants. 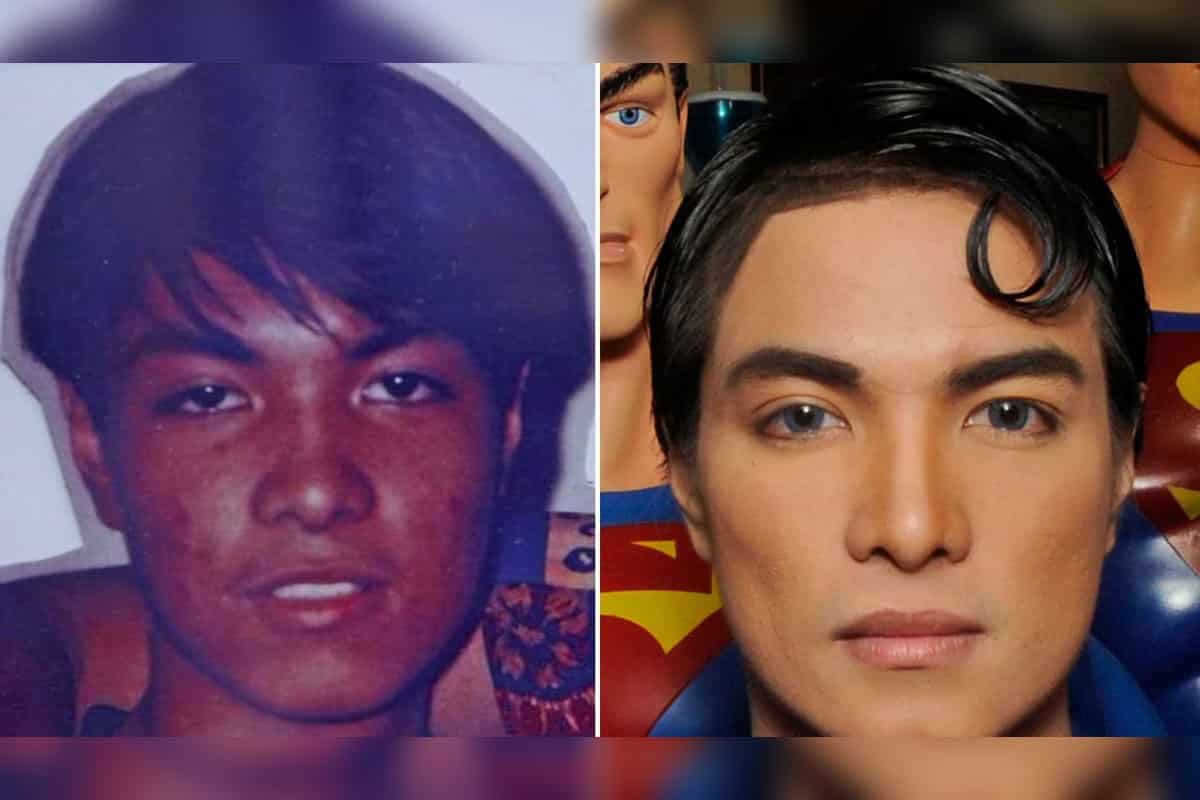 A 43 years old man from Philippines, Herbert Chavez, often calls himself Superman’s biggest fan, and perhaps he indeed is.

Over the years, he has undergone more than 25 plastic surgeries to turn his physical appearance to resemble Superman, or at least one of the men behind the costume, more specifically Christopher Reeves.

Among the procedure he has undergone are skin whitening, abdominal implants, nose jobs, and jaw realignment.

He has spent approximately US$ 4,400 to support his hobby, and no regrets.