by Factionary 3 months ago2 weeks ago
057Kviews

The world is full of massive perils and dangerous places. As humans, we have every reason to avoid these areas.

There’s often no reward for enduring the harsh conditions of deserts, the dangerous depths of open seas, or especially the craggy, lethal climbs of massive mountains.

But the fact that we shouldn’t is often the very motivation that pushes so many to try. We landed on the moon, after all. There’s nowhere we shouldn’t be able to go on our planet.

One of the most challenging places in the world is Mount Everest, the tallest mountain on the planet with the highest accessible peak for climbers and daredevils that want to stand out in history as the few brave and fit enough to make it.

But so many fail, and there is no safe or easy way back down when they fail. Their bodies stay behind as markers, warnings for those attempting to surpass them that one mistake can cost them their life.

That is the unfortunate legacy of “Green Boots,” an unidentified man who, for several years, was a trail marker to let people know they were crossing into dangerous heights.

The first documented video sighting of the famous corpse happened in 2001. A French climber taped part of the journey up the calmer face of the mountain when he spotted what looked like another climber sleeping in under a rock overhang.

It turned out to be a dead man in an orange jacket with blue pants and green climbing boots. And he had been dead for quite a long time. 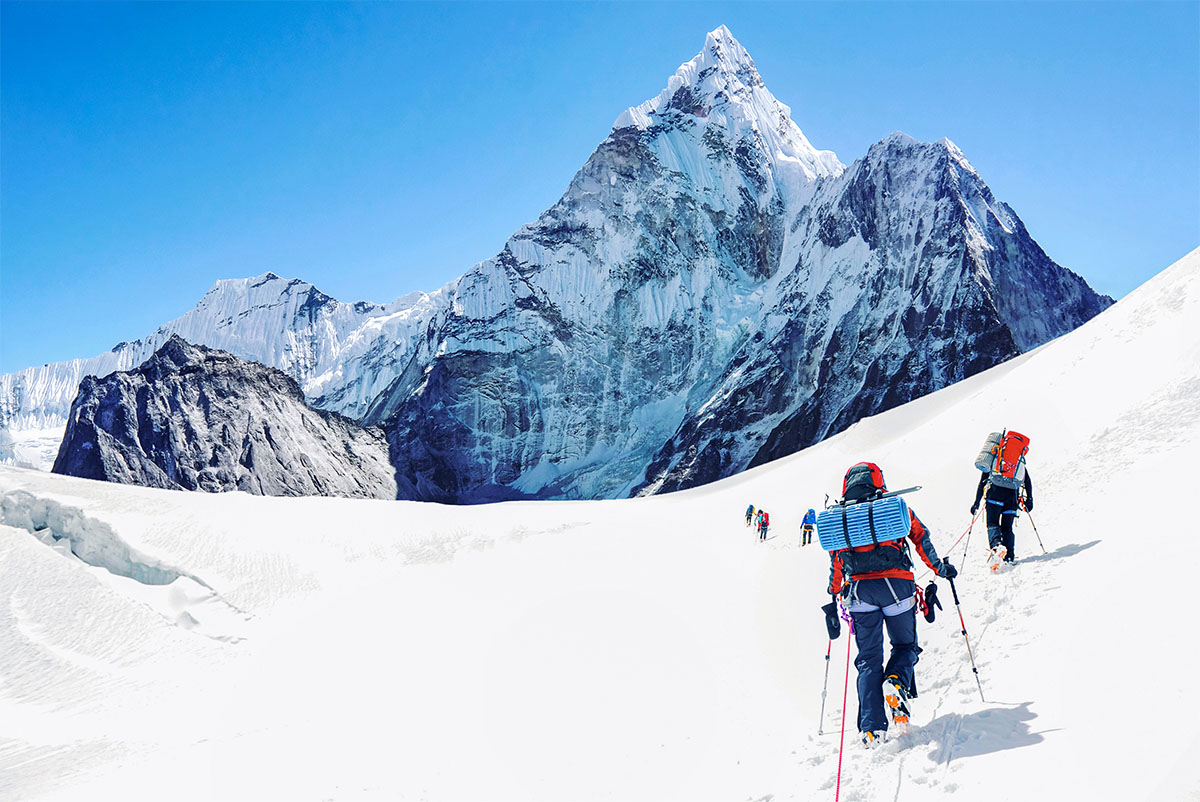 To this day, the true identity of Green Boots is not factually known. Many people climb Everest every year to succeed and are seen as incredible athletes or to die and be mourned.

Many others give up partway or turn back after a certain point. Unfortunately, many more die and the extreme difficulty of relocating their bodies for the identification or formal burial makes it impossible to tell just who is who.

Add to that the states of decay, some of the bodies are mere skeletons in winter jackets. 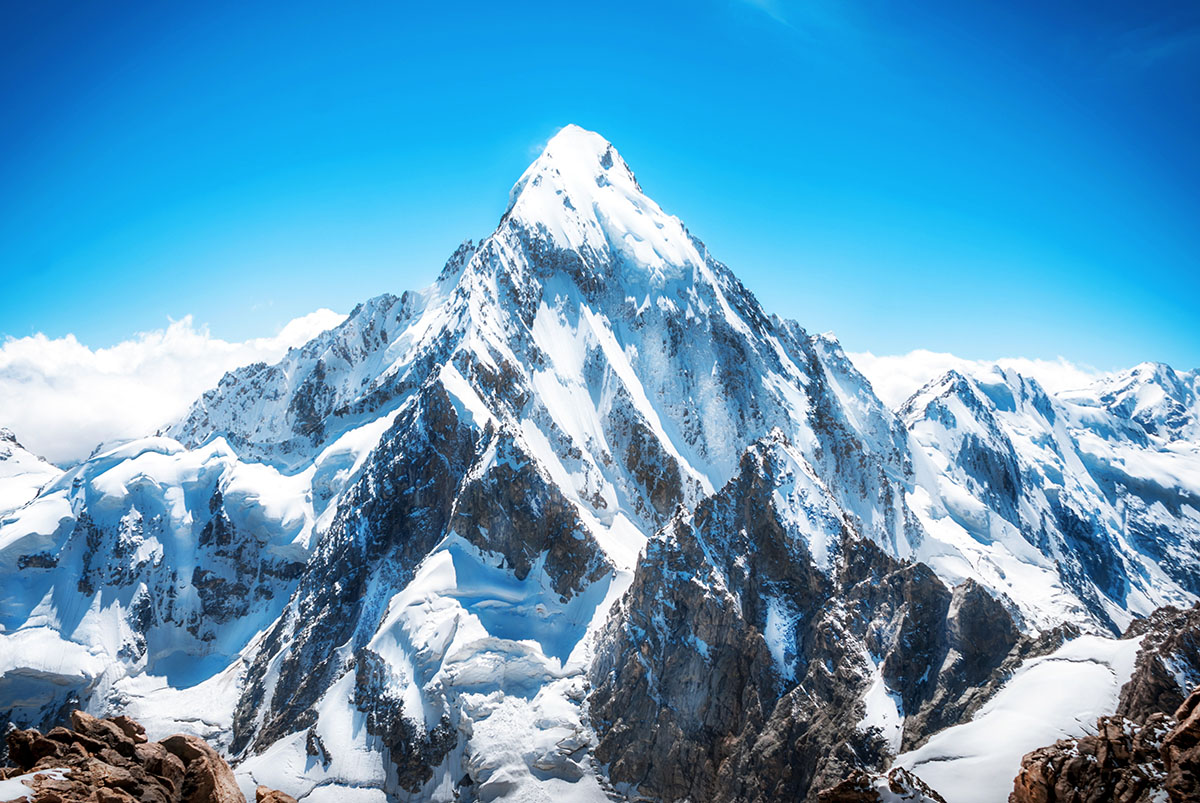 Climbing Everest is a life-threatening challenge on a calm and low-wind sunny day. The highest mountain in the world is fraught with all kinds of dangers that climbers can’t always be prepared for.

In 1996, one of the worst blizzards ever recorded hit Everest, causing total blinding whiteout sheets of snow to fall and extreme conditions to fall all over the mountain.

There were still people up there when it happened, and many people died. This is when Green Boots is believed to have perished.

The primary assumed identity of Green Boots is an Indian Head Constable named Tsewang Paljor. He was part of a mountain team that ascended during the disastrous 1996 blizzard and never returned.

He was part of a six-man team. However, he was one of the three that stayed as the blizzard worsened. It was him, his group leader Subedar Tsewang Samanla and Lance Naik Dorje Morup. 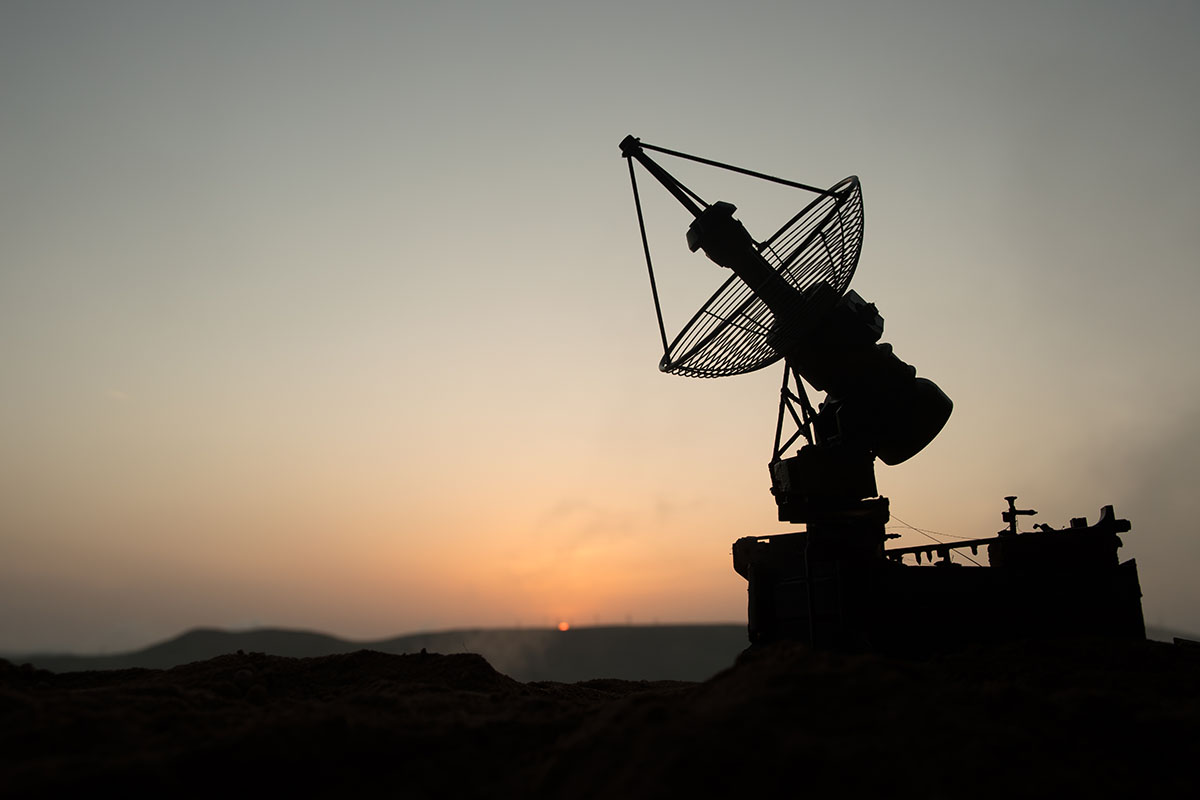 Radio contact is the primary way of communicating across the peaks of Mount Everest. One short radio message can save a life or preserve a final moment.

According to Samanla, he and the two others peaked and laid prayer flags as offerings at the main summit.

Samanla communicated this to the other three, who started descending to escape the blizzard, informing them that all three were alive at the time. If Green Boots was part of this group, then he died on his climb back down.

A call for assistance went out from the Indian team below to assist their fellows who were still near the top. Radio communication failed to reach through the storm or up to the summit they were descending from.

A Japanese climbing team organized an effort to scale the mountain and assist anyone they could find along the agreed-upon route.

They did find and attempt to assist some climbers but never found the three-person team. 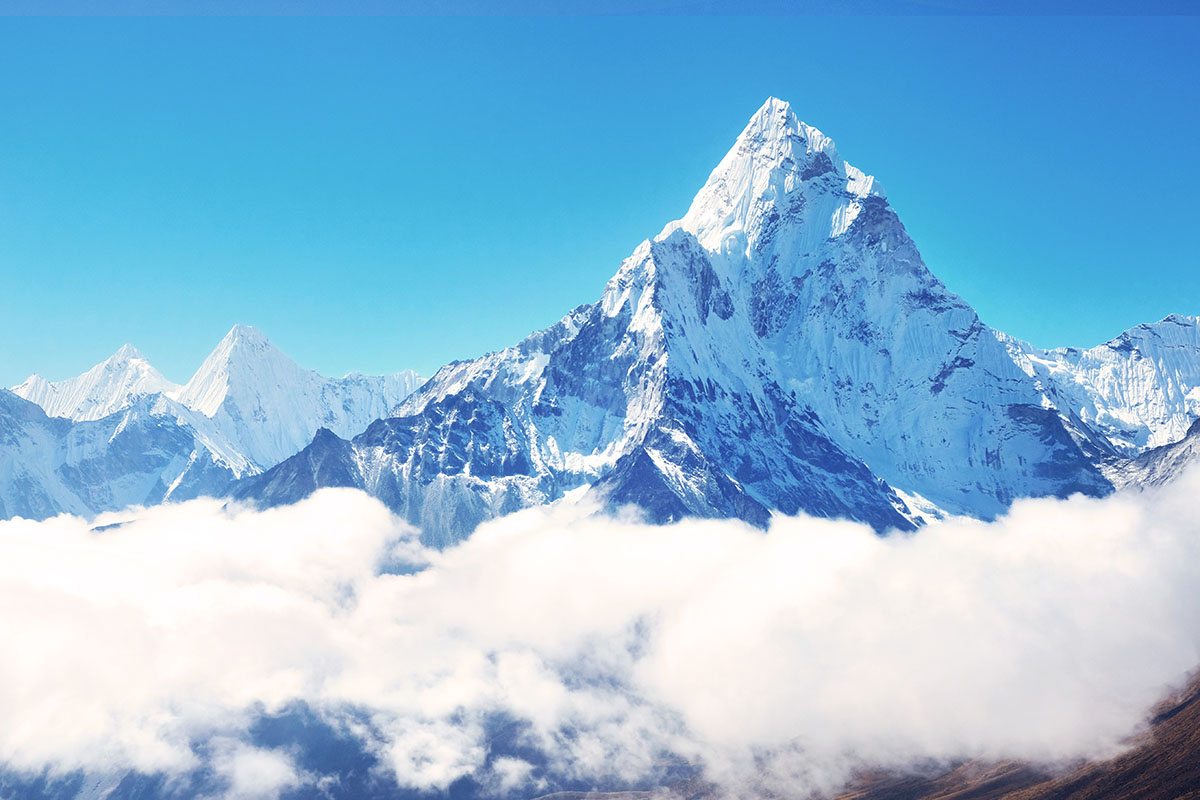 When the team failed to make any communication over a set amount of time, the worst was assumed, and their team near the base of the mountain had to do the worst thing possible for a climbing crew: assume death without discovery.

Even after the blizzard died down, the possibility of the climbers losing traction and falling down an unscalable part of the mountain was high.

With no real paths and dozens of ways to stray from the established routes, they assumed the worst and called their friends dead. Paljor, at the time, was 28 years old. 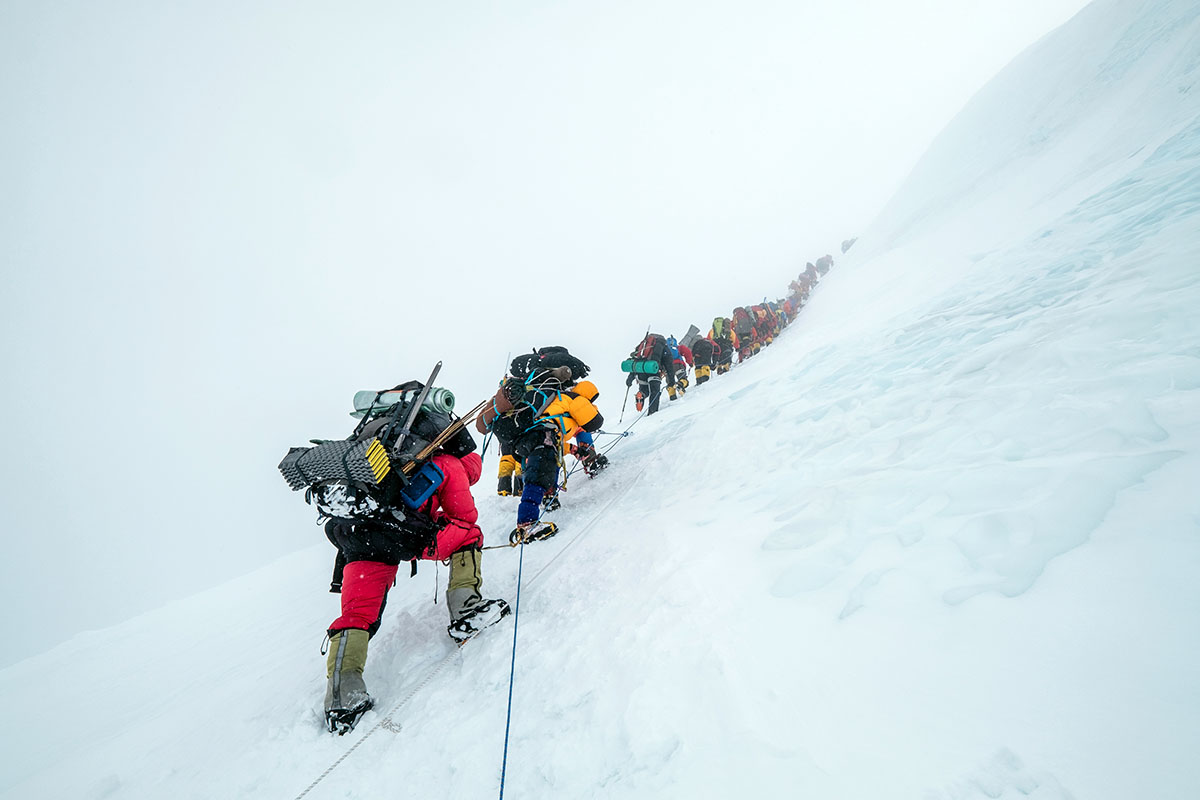 Even in harsh winds, Green Boots perished in a place with just enough shelter that his body remained in a half-slumped sleeping state for years.

He died at 8,500 meters, or 27,900 feet up the mountain, close to what’s known as the 2nd Step, one of three ascending peaks that approach the summit. He’s there to let people know they’re close to the top, but the danger is still very real. 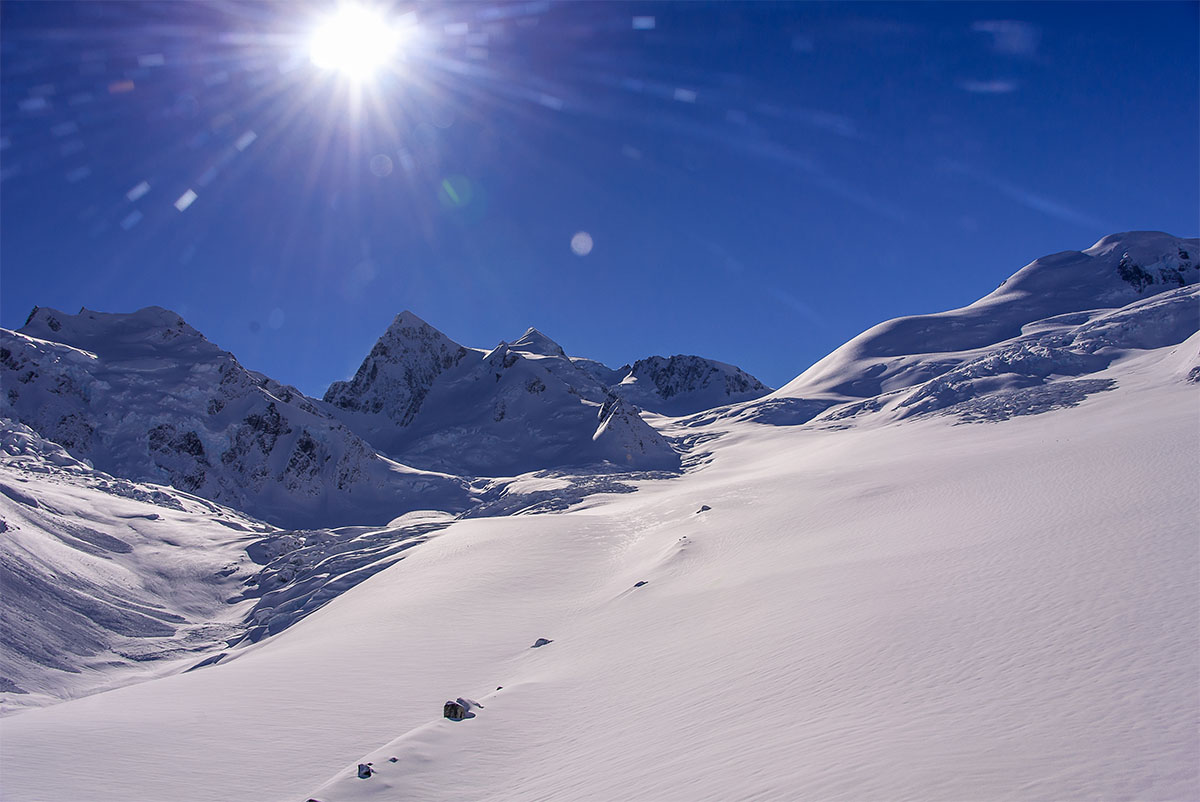 Green Boots stuck out as a marker for many years until around 2014, when climbers familiar with the path reported that his body had gone missing from its usual spot.

It was assumed to be buried in a snowdrift or may have been moved by an unreported conscientious climber that wanted to try and bury him properly, or a localized rockslide could have dislodged him.

He belongs to the mountain now, and it may do with his body as it pleases. Later sightings in 2017 reported that he was still on the mountain and that his body was to remain buried with respect. 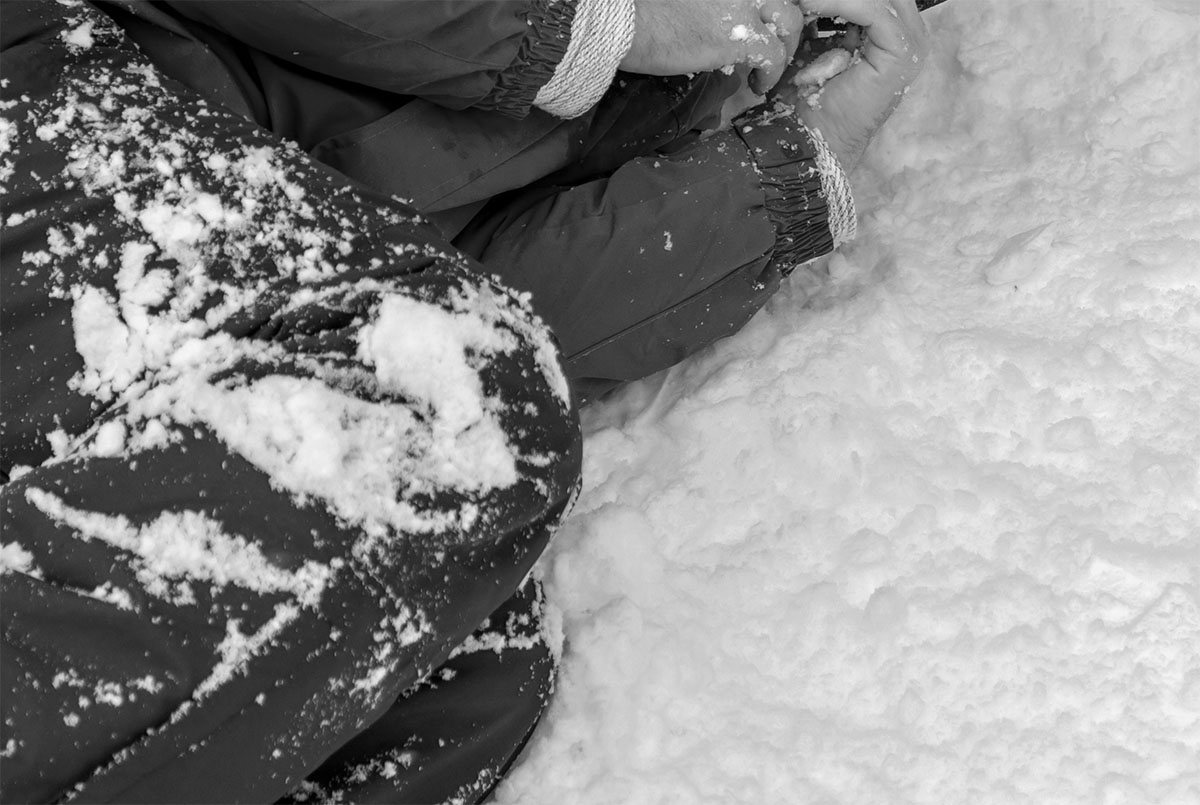 Mountain climbing, in general, is hard work. Even sloped and path-made mountains are prone to the one physical fault that humans suffer from lack of air at high altitudes.

Everest is no exception. Once a climber passes a certain point, they need to have an oxygen mask feeding compressed air into their body, or they would pass out from the lack of breathable air, especially in cold weather.

Over 200 people have died on Everest, and their bodies remain behind to this day.