by Factionary 6 months ago2 months ago
31.3Kviews

The Bronze Age is surely not famous for having daggers, axes, and jewelry made from iron.

However, researchers have found that one of the daggers found with King Tutankhamen, an Egyptian Pharaoh, is made from a material that cannot be found on Earth.

In 1922, archaeologists discovered the tomb of King Tutankhamen. In 1925, three years after opening the tomb, archaeologist Howard Carter found two daggers within the wrappings of King Tut, who had been mummified for more than 3,300 years.

One of the daggers was made of gold, while the other one was made of iron. Although gold was popular and valuable at that time, archaeologists were more surprised to see the iron dagger. 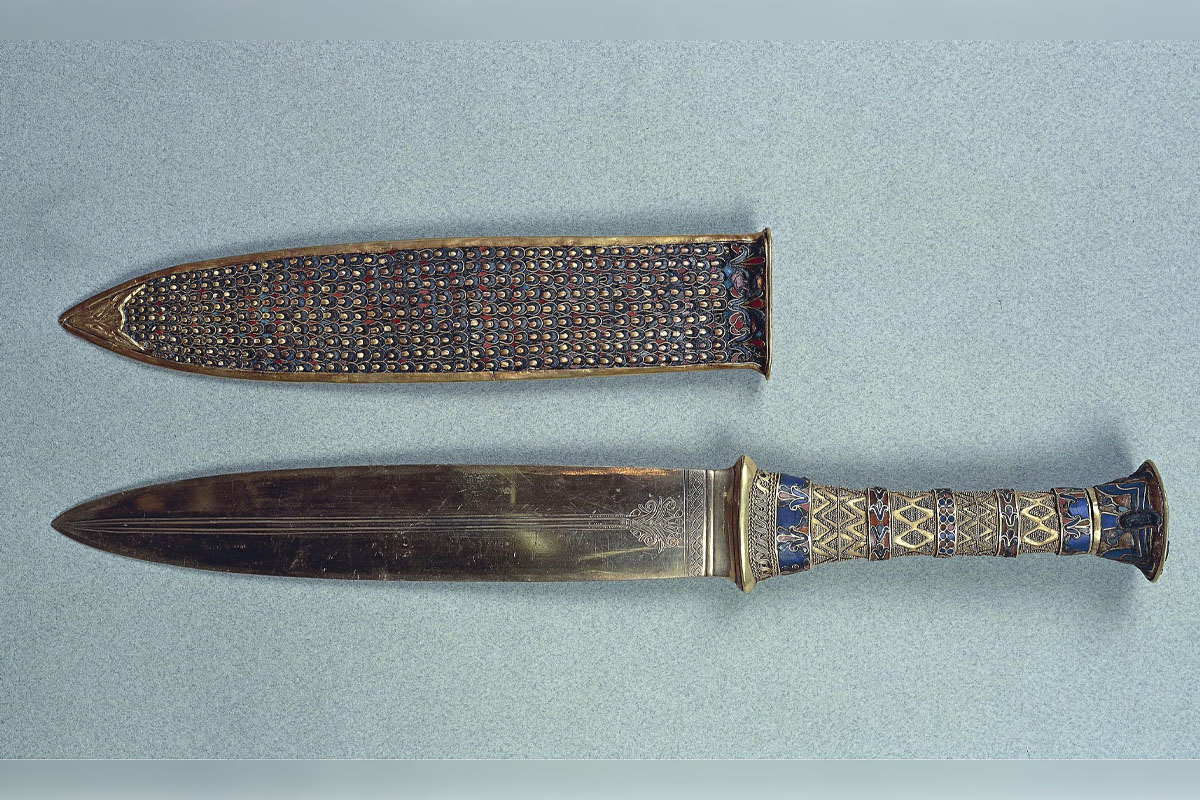 The discovery of an iron dagger which had a gold handle, crystal pommel, and nicely decorated sheath surprised the archaeologists because iron was extremely valuable and rare in the Bronze Age. As if that wasn’t enough, the dagger looked impervious to rust and age.

While the Bronze Age cultures were known for using copper, bronze, and gold, archaeologists have pointed out that the first reference to the use of Iron in the Nile Valley was years after King Tut’s era, during the first millennium B.C.

To this end, most of them agreed that the metal used to create the dagger found in King Tut’s wrappings was meteoric metal – a substance the Egyptians of the Tut’s era commonly referred to as “iron from the sky.”

The French archeo-metallurgist, Albert Jambon wrote in a study that.

Although researchers in the 70s and 90s had stated that there is a possibility that the blade came from a meteorite, the result of that research was termed inconclusive as there was not enough scientific evidence to back up the claim.

How New Technology Influenced The Claims Of Researchers

With the use of X-ray fluorescence spectrometry, these researchers discovered that the blade contains iron, cobalt, and nickel.

By way of comparison, these researchers, using the same technology, tested a meteorite around Marsa Matruh and found out that the meteorite had a similar composition.

At the end of the discovery, they concluded that the blade had an extra-terrestrial origin.

“They compared the composition of the dagger to the known meteorites within 2000km around the Red Sea Coast of Egypt, and found that one in particular – which landed 150 miles (240km) west of Alexandria – contained similar levels of nickel and cobalt.” 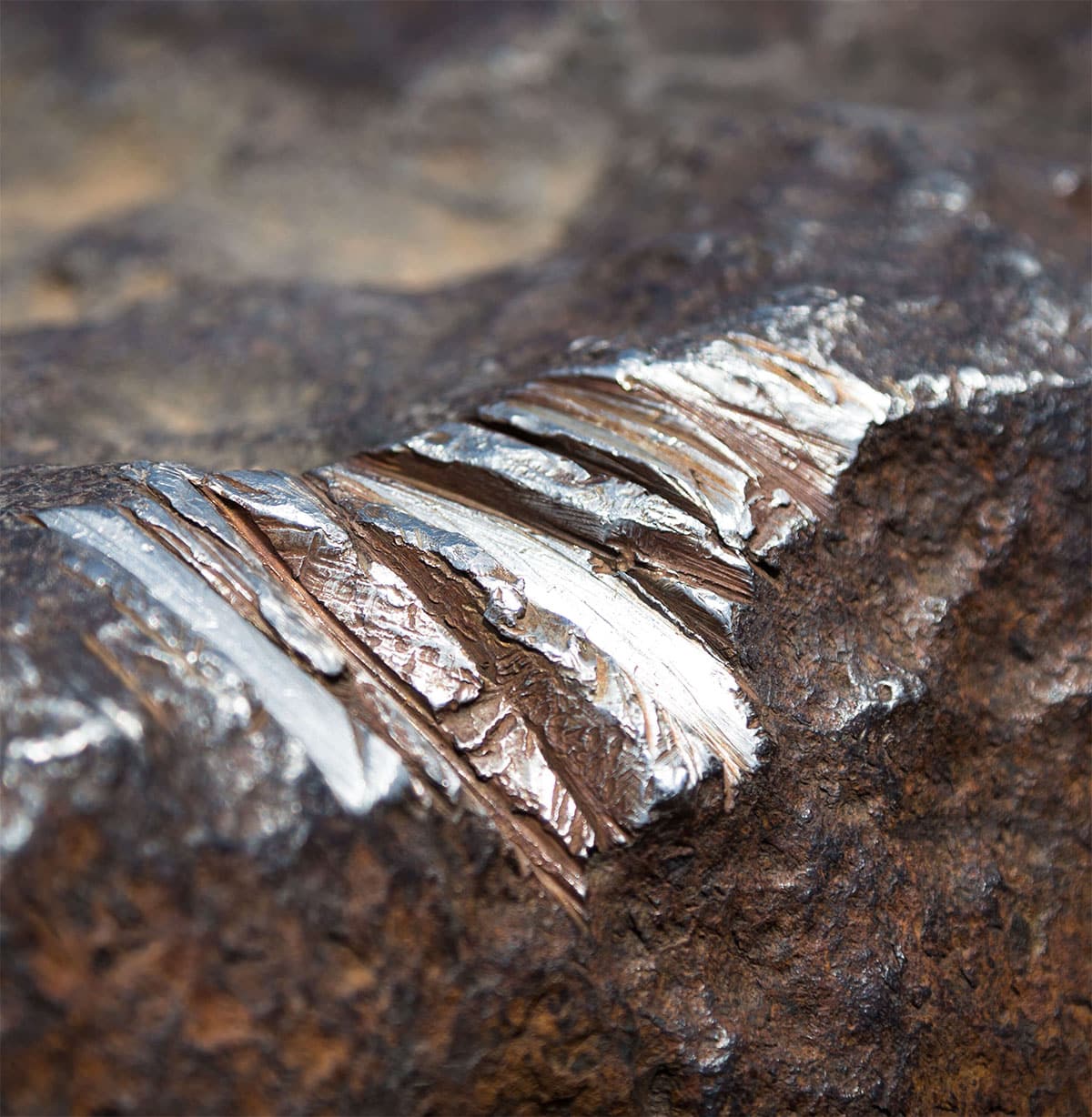 Archaeologists have revealed that meteorite iron was the only option the Tut’s era Egyptian had to create precious objects as they had no access to terrestrial iron till years after.

In an interview with Nature Joyce Tyldesley, the British Egyptologist said:

“The sky was very important to the ancient Egyptians. Something that falls from the sky is going to be considered as a gift from the gods.”

The Discovery Of Other Valuables Made From Meteorites

In subsequent conversations, the researchers stated, “Recently, it has been reported that the most ancient Egyptian iron artifacts, i.e., nine small beads, excavated from a tomb in Gerzah (Egypt) and dates 3200 BCE, are made of meteoritic iron.”

The discovery of the beads which are far older than the young Pharaoh shows that the craftsmen in Tut’s era and before had a significant mastery of ironworking.

More so, the discovery of such a perfect blade shows how skilled the ironworkers were despite the obvious rarity of the material.

Standing on the hypothesis that ancient Egyptians placed a high value on rocks falling from the sky, the team stated:

“As the only two valuable iron artifacts from ancient Egypt so far accurately analyzed are of meteoritic origin, we suggest that ancient Egyptians attributed great value to meteoritic iron for the production of fine ornamental or ceremonial objects.”

In an interview with the Guardian, Thilo Rehren, an archaeologist with the University College London said:

“Finally, somebody has managed to confirm what we always reasonably assumed.” Having studied the nine meteoritic beads, he said, “there has never been a reason to doubt this outcome, but we were never really able to put this hard data behind it.”

He further revealed that the ancient Egyptian referring to the meteor as iron from the sky is nothing more than just description. In his words, Rehren said:

“What I find impressive is that they were capable of creating such delicate and well-manufactured objects in the metal of which they didn’t have much experience.” 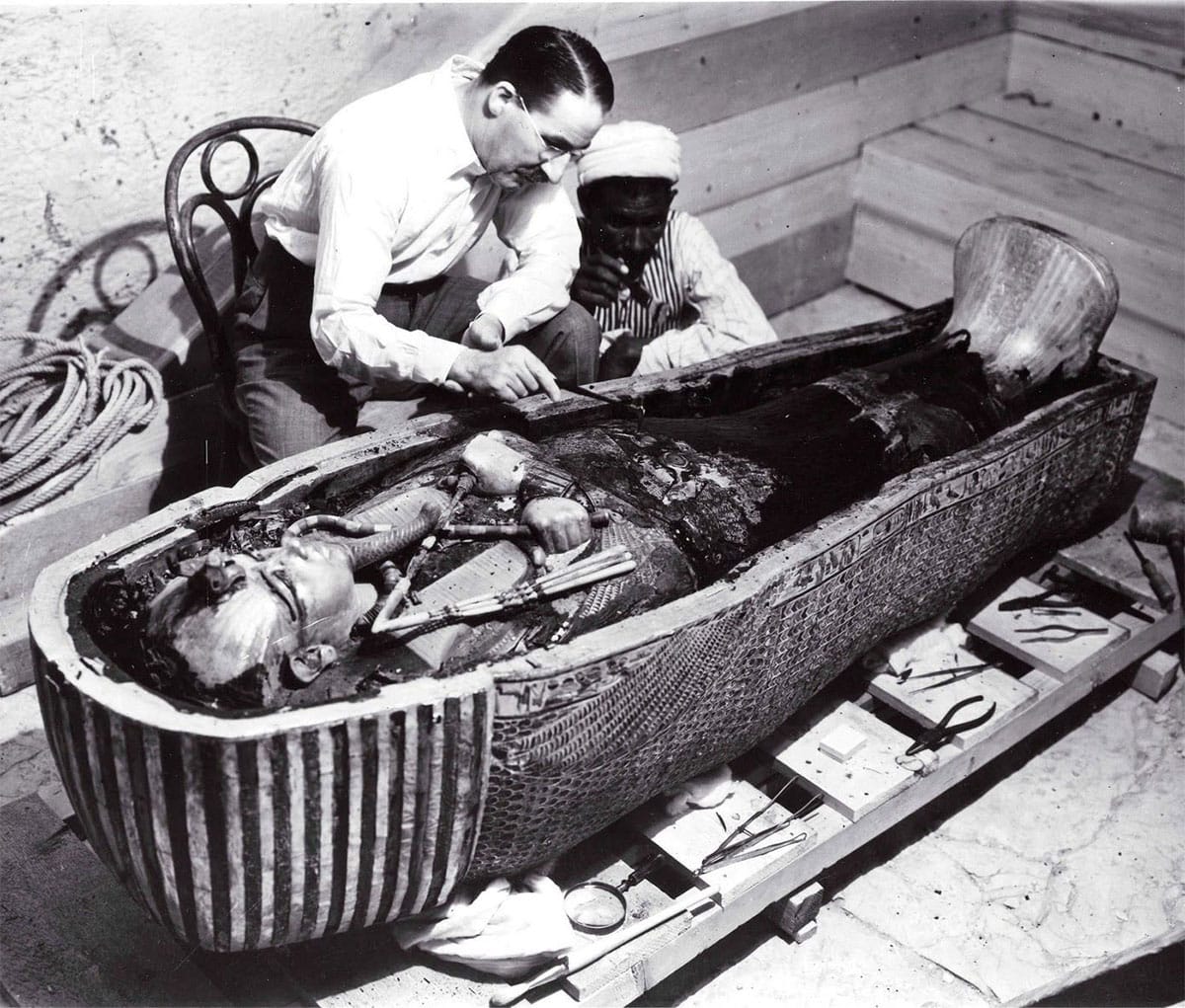 Aside from the blade and beads, archaeologists still believe that those items are not the only ones derived from fallen iron.

Amongst other claims, the Austrian astrochemist had stated that the unusual yellowish gemstone in King Tut’s burial necklace was probably glass formed by the heat of the meteorite that crashed into the Earth.

The researchers are hoping that this discovery will give way to the analysis of other items in the tomb.

They are also hoping that the discovery will enable others to identify the other uses of meteoric metals in the pre-iron age and the origin of metalworking technology in Egypt and the Mediterranean.

In an interview with discovery news, Daniela Comelli who works in the physics department at Milan Polytechnic said:

“It would be very interesting to analyze more pre-Iron Age artifacts such as other iron objects found in King Tut’s tomb. We could gain precious insights into metalworking technologies in ancient Egypt and the Mediterranean.”

No doubt, this new discovery does not only end the age-long debate about the material used to create the dagger but also gives everyone insight into the way of life of ancient Egyptians.

Despite the fact that the tomb had been excavated long ago, it’s no doubt that it still holds many secrets.