Bullfighting is one of Spain’s most notable and prominent traditions. The combination of pageantry and incredible danger makes it one of the most spectacular sports to watch, if only for the sake of disbelief over what it is you’re watching.

A man, usually very lithe and skinny, dodges the horns of a bull, which weighs as much as and moves as fast as a small car.

And in the end, the flashy, gallant sword-fighting man wins. At least, that’s how it’s supposed to go.

In any sport, there’s always a chance of injury. Some marks are tamer than others, but the results can be pretty devastating whenever there’s any degree of high-speed impact.

Football players get concussions, Futbol players get scrapes and bruises, snowboards can break bones, mountain bikers can break whole bodies, and bullfighters can get gored – impaled by the horns of the bull, until dead.

It’s a sad but not entirely unexpected way to go out and has ended the career of many promising young athletes, including Victor Barrio, one of the most modern examples of this sport’s deadly nature in action.

Victor Barrio Hernanz, 29, was a prominent young matador and career bullfighter from Segovia.

He once claimed a victorious title from San Isidro by the Senior Club of Madrid, an authority on bullfighting.

He became a qualified bullfighter in 2012 and married Raquel Sanz in 2014, who watched him fight.

The bull brought in to fight was named Lorenzo, a 1,100 pound Manos bull with traditional short, straight curved horns.

Bulls have long been bred for fighting in Spain as bullfighting is a tradition with a long lineage going back to nearly the middle ages when the only natural way to kill a bull to slaughter and get its meat was to face it in combat. 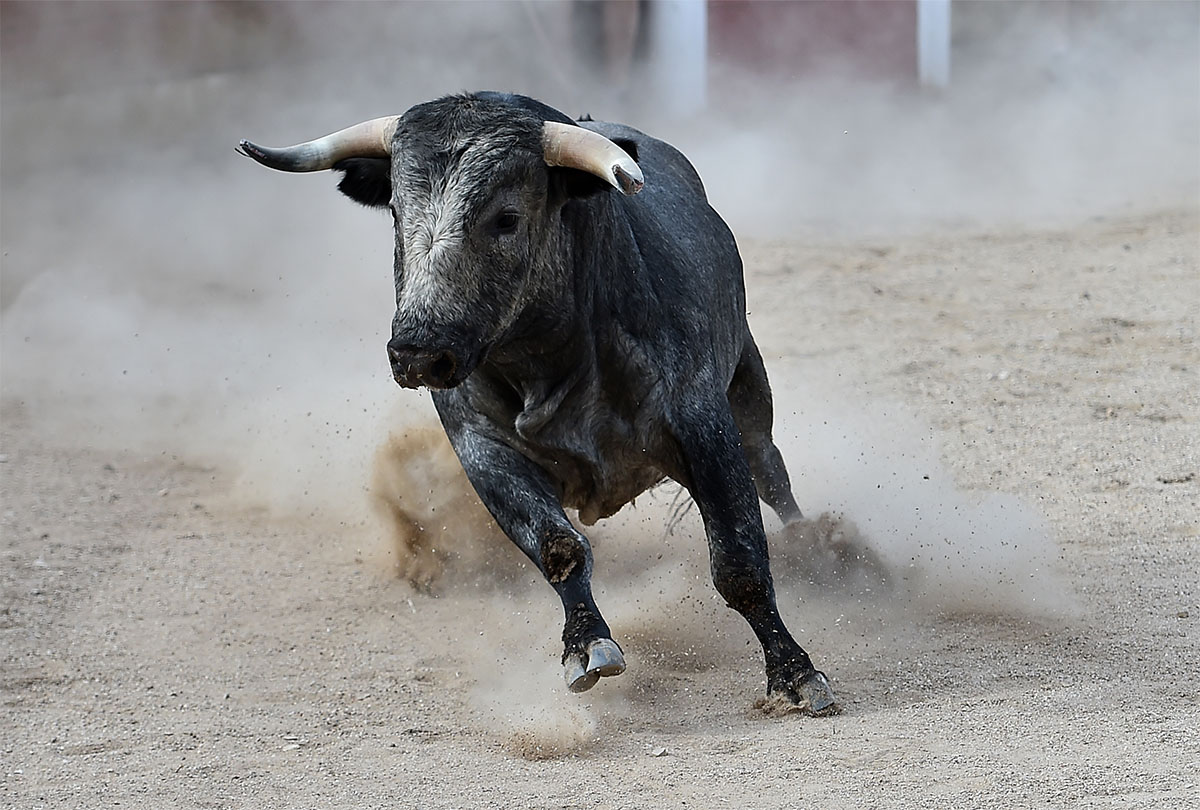 Bullfights occur at the national sporting level in Spain and usually happen during major festivals. The Feria del Angel festival where the fight took place was held in Teruel, and the fight itself was broadcast live on TV.

This happens despite the apparent dangers and the presence of blood as the bull gets stabbed with spears.

The festival was set to continue through the week, with Victor’s bullfight being a capstone event and a significant draw to the town that hosted it.

The stage of the fight was a traditional bullfighting ring. Victor wore his bright and shimmering traje de luces, his suit of lights, designed to draw and distract the bull’s attention.

He had a cape in one hand and a sword in the other. He got many hits on the bull and was poised to win as Lorenzo struggled to topple the fighter.

However, a stray wind made the cape flutter when Victor was unprepared, which sent Lorenzo into a quick charge.

Lorenzo hit Victor with his horn in the thigh, tumbling him to the ground. At that moment, assistants ran into the ring to try and distract the bull so Victor could be taken to safety.

The fight was off, but the bull didn’t cooperate. All the signs and horns and shouts in the world can’t tell a bull what to do.

While Victor was on the ground, Lorenzo continued to attack and gored him in the chest, which led to a fatal injury.

Victor was the first matador killed in the ring with a bull since 1985. The last person to die as a professional bullfighter was Jose Cubero, known as Yiyo in his time.

The sport has been under intense scrutiny, which has never let up and has eventually managed to get the spectacle sport banned in major cities like Catalonia for its brutality and barbarism and the particularly unethical treatment of the unwitting animal half of the show.

It is still a sport enjoyed as part of Spain’s long traditional history, regardless of the gore and goring.

Far more deadly is the Running of the Bulls, which happens alongside many bullfights and other Spanish traditional holidays.

On the day Victor died of a bull, another man was killed in a nearby town running the bulls after he was gored and trampled by the stampede. Bull running by comparison results in at least ten gorings per run which can sometimes be fatat.

After Victor’s death was confirmed, a wave of sympathy was sent for his passing by people from all over Spain.

Prime Minister Marino Rajoy sent a message of condolence to Ms. Sanz, Victor’s widowed wife, as did the town hall, where she was very active. Letters of support online were also varied and heartfelt.

However, there were just as many people sad for the bull for being killed and critical opponents of the tradition who offered no sympathy whatsoever, saying he deserved it for engaging in such an unethical sport. 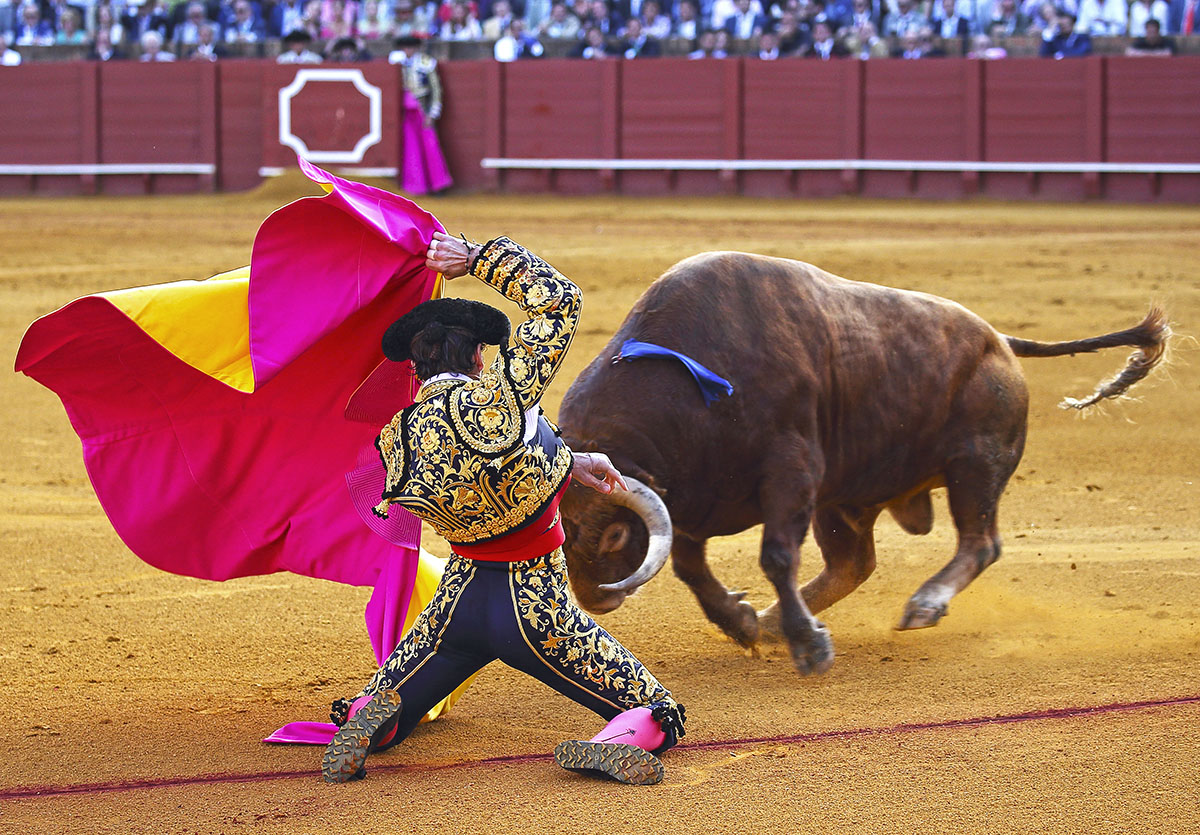 Despite the death, the first of its kind in three decades, bullfighting remains a traditional sport during festivals.

Bullfighting only accepts highly skilled and trained professionals who can handle the incredible pressure while staying safe under the worst circumstances.

Bulls are rarely spared, and even when they are, their injuries give them shortened lives. Spain is a country of long-lasting, rich traditions that hold a noble pride for even the most dangerous sports.

More fighters will likely follow in Victor’s steps, not to die, but to challenge bulls like Lorenzo out of the honor of those who came before them.