by Factionary 3 months ago5 days ago
6.9Kviews

The Yangtze River in China is the third-largest water body of the world.

People from different parts of the globe visited the country, mainly to watch this river. It used to be beautiful, with no pollution at all.

Lately, however, the Yangtze is a cesspool of filth.

What’s more, nearly half of China’s population depends on its water for drinking and other everyday uses.

However, opting for this river’s water these days is nothing short of a life-threatening choice. 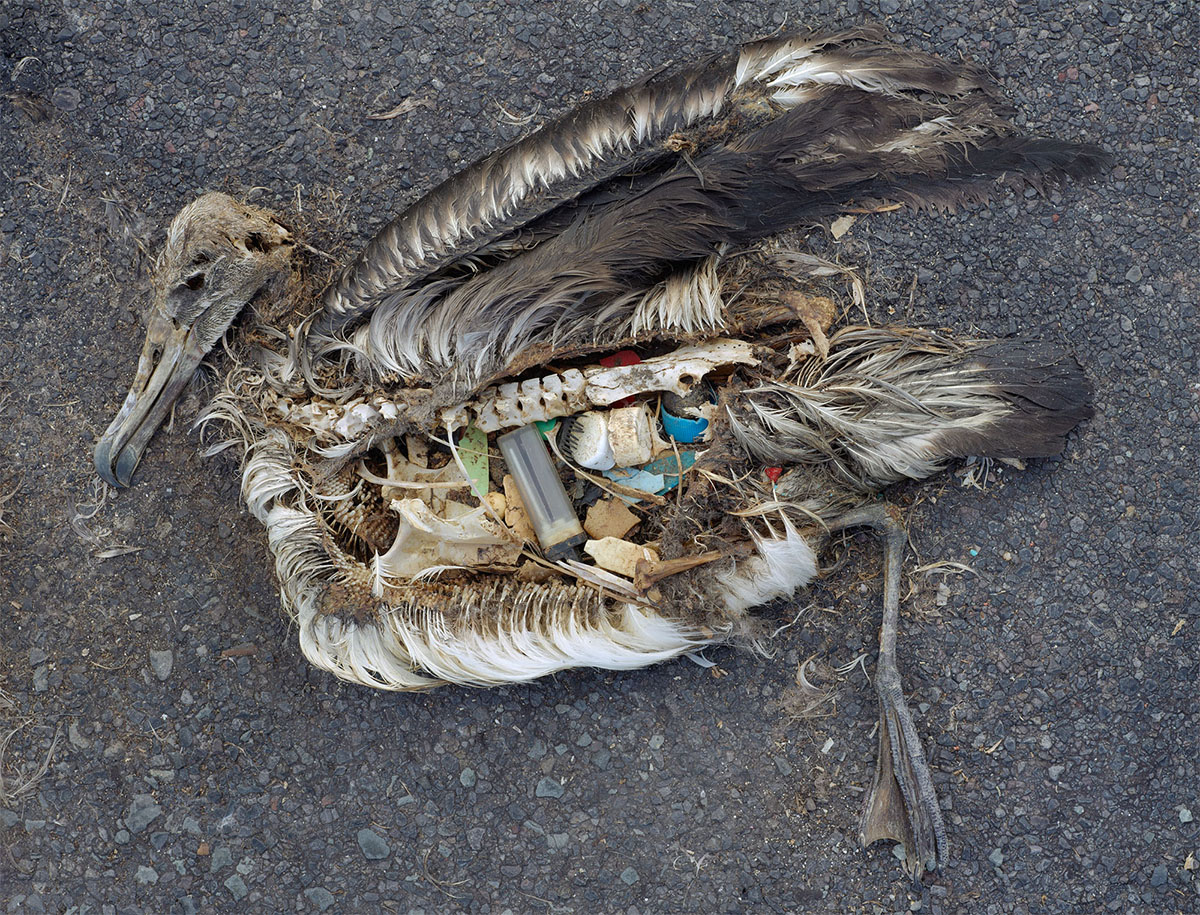 If they don’t, is the only other option is to buy bottled water.

Sadly, most of the villagers are not financially stable, and factory purified water does not come cheap.

Problems don’t end there as there are tons of factories in these villages.

Most of them contribute towards the pollution that robbed the Yangtze River of its purity.

Being the third-longest river in the world, The Yangtze supports more than four hundred million people.

It is also arguably the most polluted river as more than sixty percent of the waste products that factories get rid of, ends up adjacent to the ocean and seas.

Most of the plastic present in the trash has lethal consequences for animals too.

Wildlife in The Yangtze’s surrounding areas contains a slew of micro-plastics inside their stomachs, which often causes them to die slowly and painfully.

The Chinese paddlefish, in particular, have been struggling to survive these dire circumstances.

For those who do not know, these creatures have been present for as long as the time of dinosaurs – surviving over two hundred million years.

However, the previous two decades were not as kind for them because of pollution entering their natural habitat.

Some experts claim that there has been a significant decline in the Chinese Paddlefish population, and if things do not get better, these creatures could become extinct within four to five years.

During a press conference held on 4th March 2014, Li Keqiang, the Chinese Republic’s Premier, declared that the government intends to go to war against smog.

As 2017 came, Li spoke about his plans to minimize carbon emissions by slowly replacing coal-burning heat with natural gas. 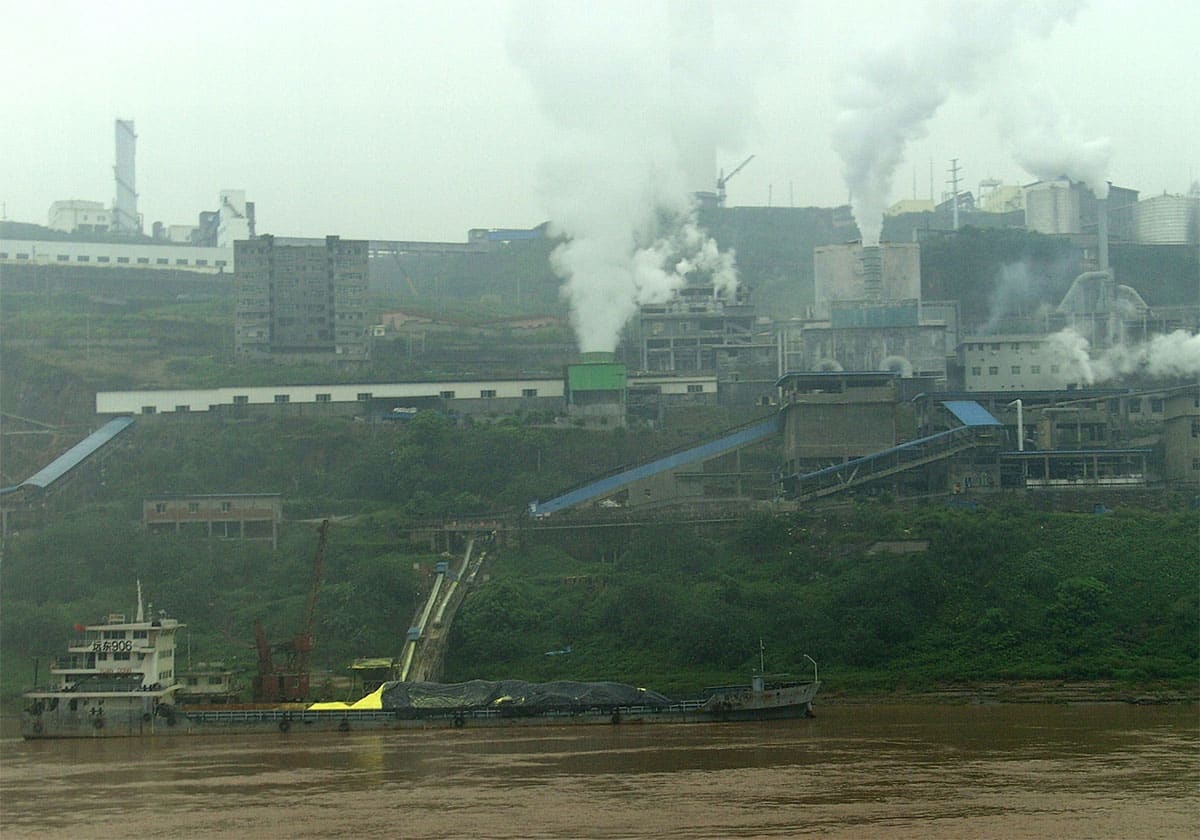 While the government has been attempting to eradicate pollution for several years, doing so without denting the economy is quite challenging for it.

Of course, this task is quite complicated and will take years of damage control and preventative strategies.

According to a reputable research study released in 2015, more than one million people died because of the air pollution produced by factories in China.

It accounted for more than seventeen percent of the deaths that occurred in this country.

Al-Jazeera, a well-recognized news outlet, reported that residents of East China, in particular, suffer the ill-effects of the smog.

The Chinese government is doing everything possible to undo the damage caused in the previous decade.

It is hard to determine its progress right now, but some scientists claim that there has been a slight improvement in the air.

However, water pollution remains, and it will take decades to restore Yangtze’s former beauty and purity.

About The Factories Located Near The Yangtze

Quite a lot of companies dump their toxic waste near rivers.

According to numerous reports, factories near the Yangtze are arguably the worst as they throw more than a million metric tons of garbage inside the Pacific.

The Citarum River in Indonesia is the closest that comes to match this rate of pollution as its fish population dropped by nearly seventy percent recently.

The Yangtze River connects with the Pacific Ocean, which means that its pollutants also enter other countries’ waters.

Expect other countries to become vocal against China if its river pollution increases and directly damages other populations.

Did you know that the Yangtze is responsible for transporting more than 3 billion metric tons of various goods? It is also one of the worlds’ busiest inland rivers.

The uber-consumerist lifestyle of China is among the most significant reasons its waste management process is unable to keep up with the high quantity of plastic produced for single-use.

Eventually, it ends up blocking waterways. Other countries are guilty of this as well, and if this problem continues, there could be more plastic than fish by 2050. 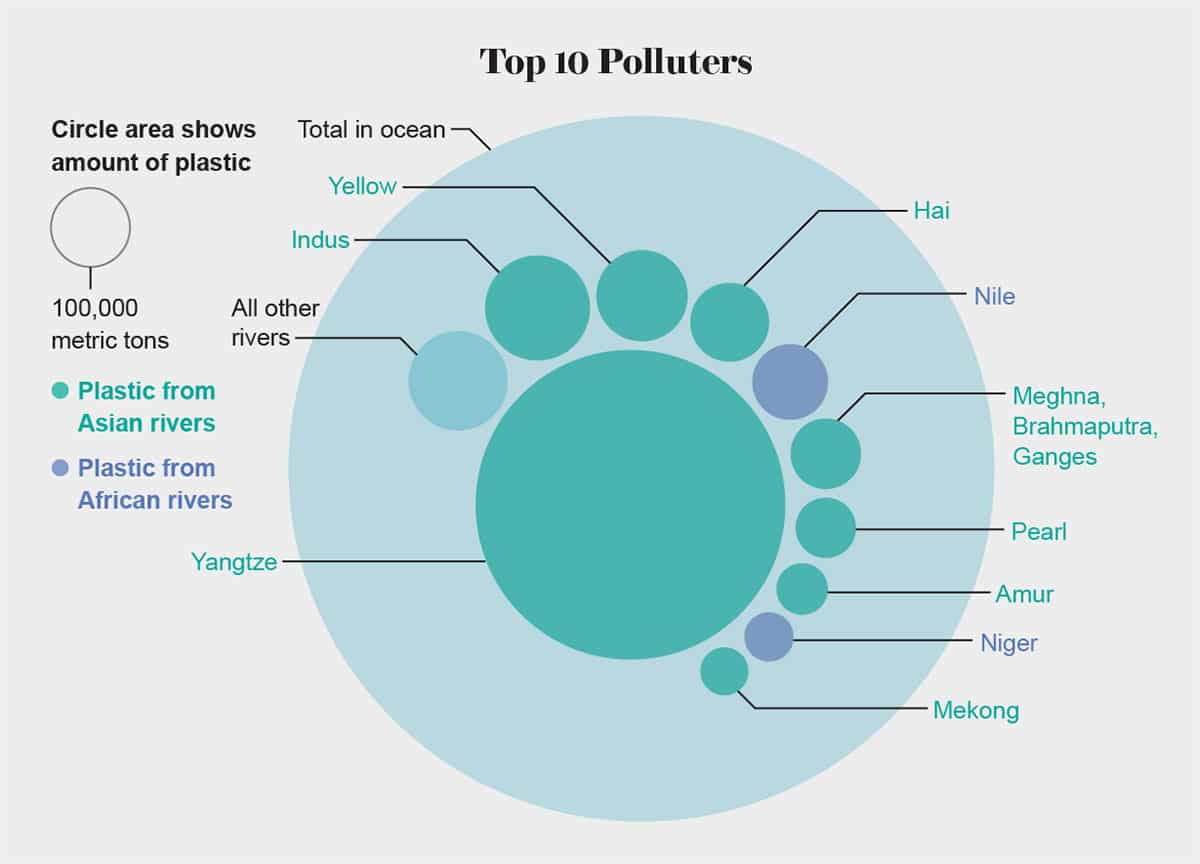 Besides the plastic pollution in China, the renowned Three Gorges Dam is the world’s most massive hydroelectric dam.

It has been a significant reason behind the damage caused in the Yangtze ever since its opening in 2003.

What’s worse, a group of experts warned the Chinese government against creating this dam as it could potentially cause landslides and harm ecosystems.

However, the officials ignored the advice and created it regardless.

While the dam helped reduce the area’s carbon dioxide output, it also contributed to more than one hundred landslides within a year.

About eighty percent of land in this area experiences frequent erosions, dropping forty million tons of residue inside the Yangtze River.

As discussed earlier, the Chinese government is hard at work, cleaning up the toxicity in its rivers and waterways.

While their progress is notable, it is a bit slow. Higher-ups will have to address several critical questions and make tough decisions, particularly regarding non-recyclable plastic containers.

They will also need to create and enforce revised anti-pollution laws.

Other countries are also taking this matter seriously and trying to protect their people by preventing companies from littering air and water.

Of course, avoiding it altogether is virtually impossible, but taking a stand is vital, and thankfully, almost every nation is doing something to address the problem.