by Factionary 4 weeks ago3 weeks ago
9Kviews

When the term “King of Pop” is mentioned, only one name comes to mind. The legendary Michael Jackson. To date, a decade after his death, he remains arguably the most famous, talented and controversial artist to have ever lived.

The center of his controversy is his Neverland Ranch, located in Los Olivos, California. The ranch is an expansive 2,700-acre property, whose name is inspired by a fantasy land in a children’s story.

Michael Jackson acquired the property in 1987, and its fame began in the early ’90s. Neverland is an extravagant work of art. The property has an insane amount of amenities and attractions. 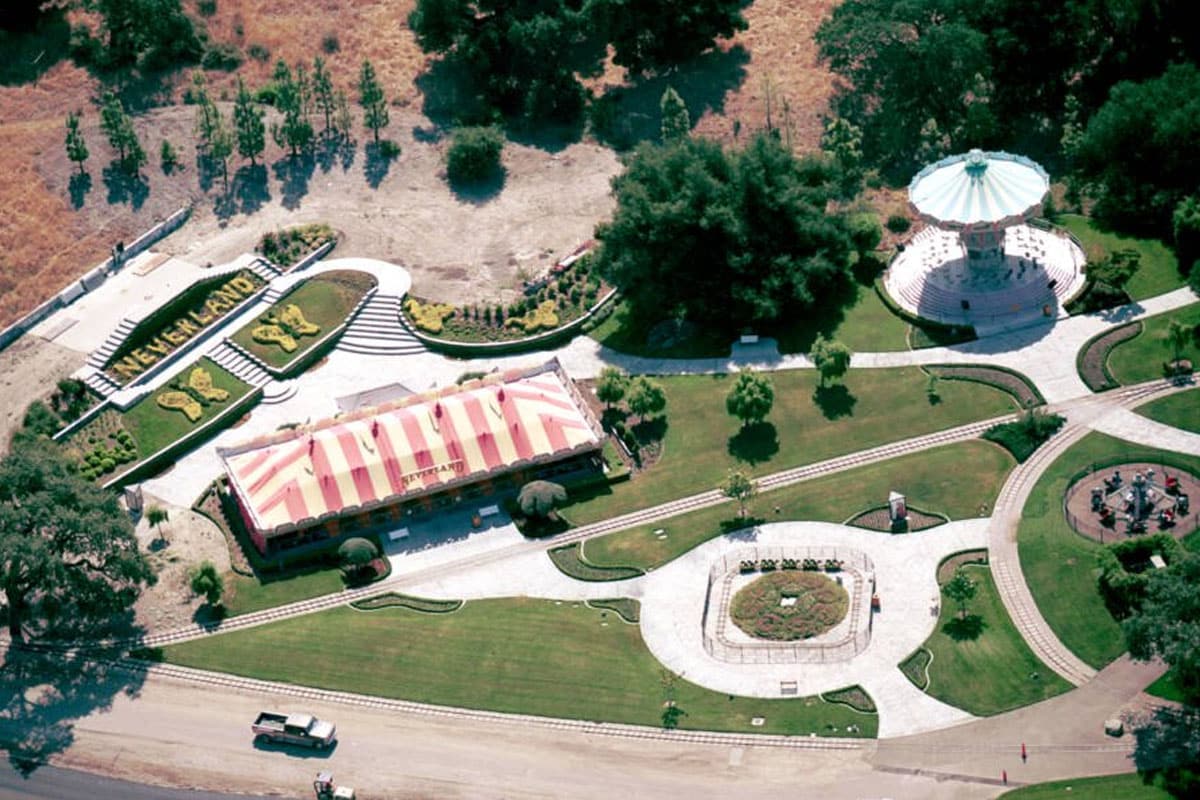 Most notable is the train station, statues inspired by children’s fantasy tales and a Ferris wheel. The ranch and its iconic owner became infamous when allegations of s*xual abuse to children at the property emerged. Michael Jackson died of a cardiac arrest in 2009, at the age of 50. A decade after his death, the world is divided on his legacy.

To some, he is a great artist whose music is not only entertaining but unites people. To others, he is a pedophile whose immense wealth and influence prevented justice from being served to his victims.

The Becoming Of Neverland 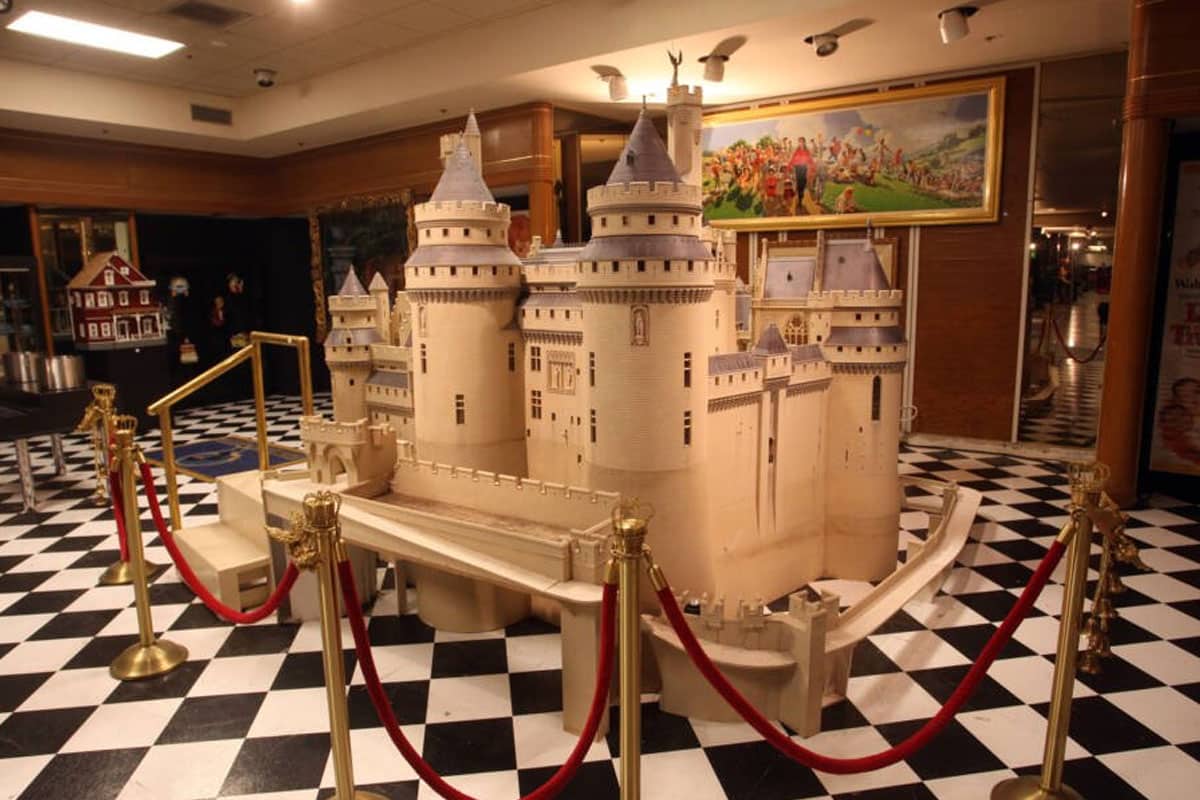 Around the time Michael Jackson bought his Neverland property, tabloids reported a most bizarre story. The King of Pop bid $1 million for the purchase of a skeleton. The skeleton of John Merrick, more popularly known as “Elephant Man.”

Michael began to gain fame for his vast routine expenditures. After acquiring his Neverland property, it was completely renovated. The main residence had five bedrooms and eight bathrooms.

The property boasted of other buildings, such as spacious guesthouses. There was a four-acre lake with a waterfall. Other amenities were: a dance studio, tennis court, movie theatre, and a lagoon-styled pool.

The Infamous Tales Of Neverland: Alleged S*xual Abuse Of Children

In 1993, Michael Jackson faced his first allegation of child s*xual abuse. He was strip-searched, and photos of his genitals taken, for comparison with descriptions given by the alleged victim, 13-year-old Jordan Chandler.

Interestingly, the matter was settled out of court, with Michael paying out more than $20 million. Michael denied the allegations and claimed that he gave everything he had to help children worldwide.

In 2003, the pop artist was charged with seven counts of child molesting. Just a year after, he held one of the largest children’s events at Neverland, just before Christmas. Two hundred children were in attendance and played in his home. 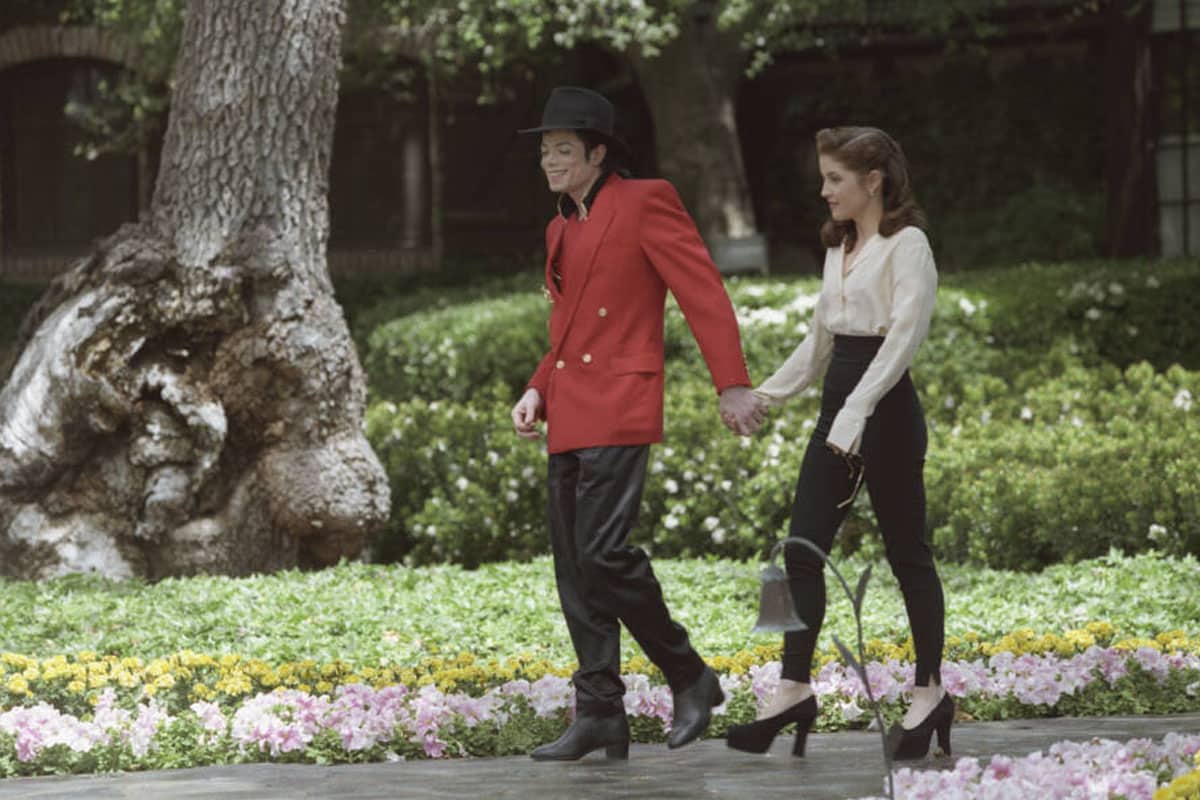 The ages of the children ranged from preschool to teens. At the time, Michael’s spokeswoman Raymone K. Bain came to his defense. She claimed that the event was just to spread cheer and joy among the children during the festive season.

According to her, the event was not in any way connected with Michael’s impending trial. Investigators had raided Neverland on many occasions, and according to them, it was just a children’s paradise.

However, a documentary released by HBO in 2019 showed that things at the ranch were not what they seemed. The documentary is known as “Leaving Neverland.”

The After Life Storm 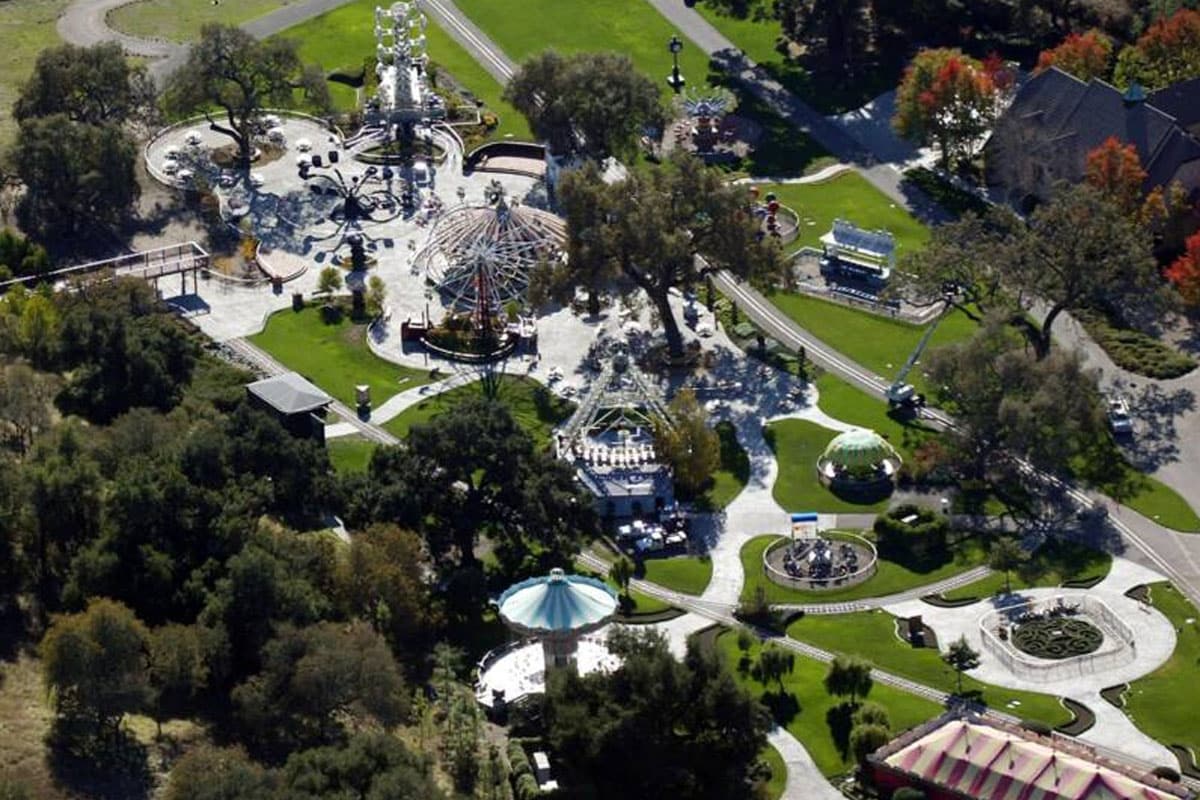 In 2005, a trial of Michael Jackson for his alleged child molestation took the media by storm. Michael was declared not guilty on all charges. However, a decade after his death, HBO had a different story to tell. Their documentary “Leaving Neverland” strongly implies that the popstar was guilty.

Unfortunately for the late artist’s estate and family, most viewers of the documentary were convinced of the story told. Wade Robson and James Safechuck were some of the alleged victims of Michael’s pedophilia.

They claimed that sleep was not all they did during the slumber parties that Michael organized for minors. Interestingly, Wade Robson defended Michael both in 1993 and 2005, when facing pedophilia charges.

The theory would suggest that Wade was silenced with either threats or bribes. Wade Robson took a turn in 2013, four years after Michael died.

Wade sued Michael’s estate, claiming that the late pop star had s*xually abused him as a child. He claimed that Michael had brainwashed him into defending him during his past trials.

However, Wade’s case was thrown out for having been filed too late. Michael’s other alleged victim, James Safechuck, came out of the woods in 2014, with a lawsuit. 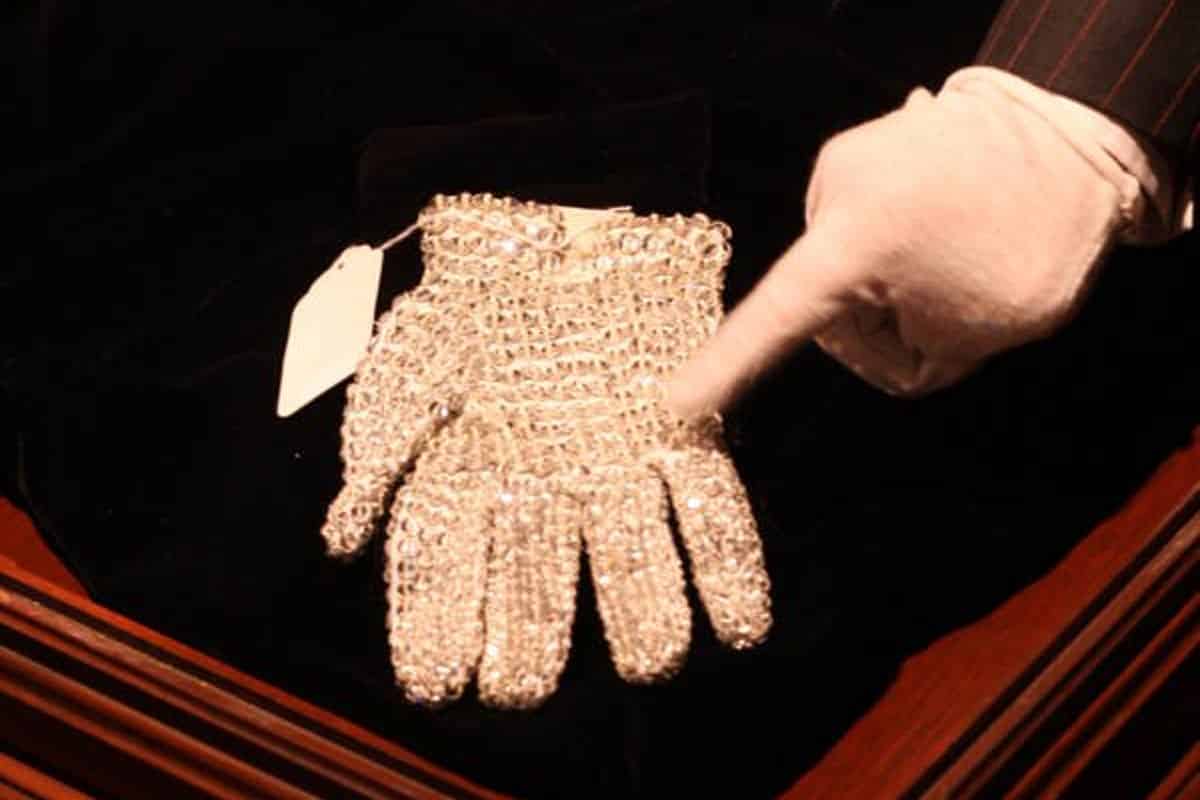 Wade and James decided to take matters in their own hands. They re-litigated their cases through the four hour HBO documentary, “Leaving Neverland.” In the film, they claim that Michael wrote them adoring letters, gave them financial rewards, and manipulated them psychologically.

Michael’s alleged pedophilia will forever remain just that, allegations. With the singer himself dead, all that remains is for people to speculate and debate. 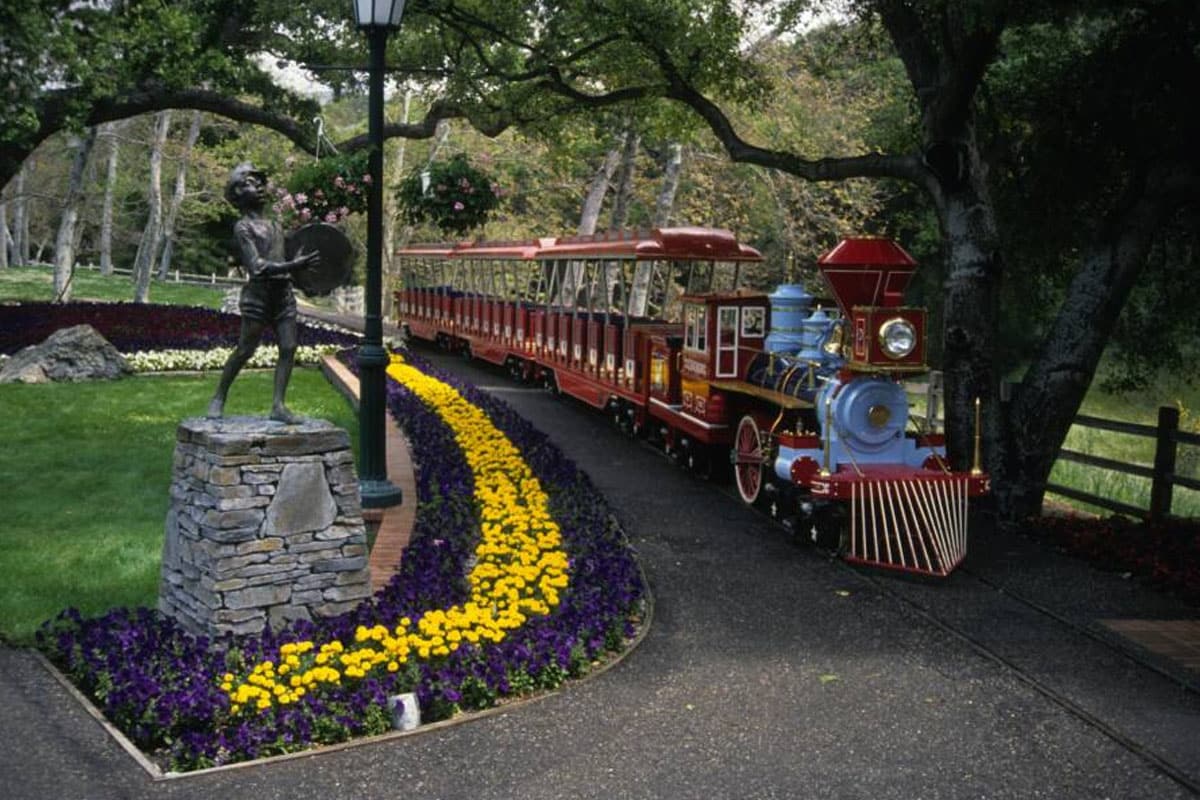 But for a fact, the matter will remain a heated topic of discussion for decades to come. Some people believe that Michael was mentally unstable, which resulted in his predatory behavior. Others believe that the accusations are just plots and lies to defame him and exploit him for financial gain.

Just two months before Michael’s death, approximately 2,000 of his items were to be auctioned by Julien’s Auctions. Michael sued Julien’s Action, which led to them returning his belongings.

In exchange, he dropped the lawsuit. Some of the items that were set to be auctioned were his famous gloves, jackets, and amusingly, the gates of Neverland.