by Factionary 5 months ago2 months ago
29.1Kviews

You argue that child stars don’t have the ability to capture our hearts the moment they step on screen.

It seems like our favorite child actors are timeless and unable to grow out of the adorable characters we love so. Their adorable personalities keep us entertained for years!

With their bright smiles and doe eyes, it is hard to imagine how they grow up right before our eyes.

When they do reach older ages and begin to mature, we go from loving and cherishing these child stars to thinking to ourselves about how old we really are.

In Hollywood, where youthful looks are the key to a successful career, it seems like these stars are leaving their childhood behind just right after they’ve started it.

While don’t seem to care too much about their aging, we’re only left to wonder if they’ve left their youthful ages just a bit to early.

Here are 10 child stars who grew up way to fast! 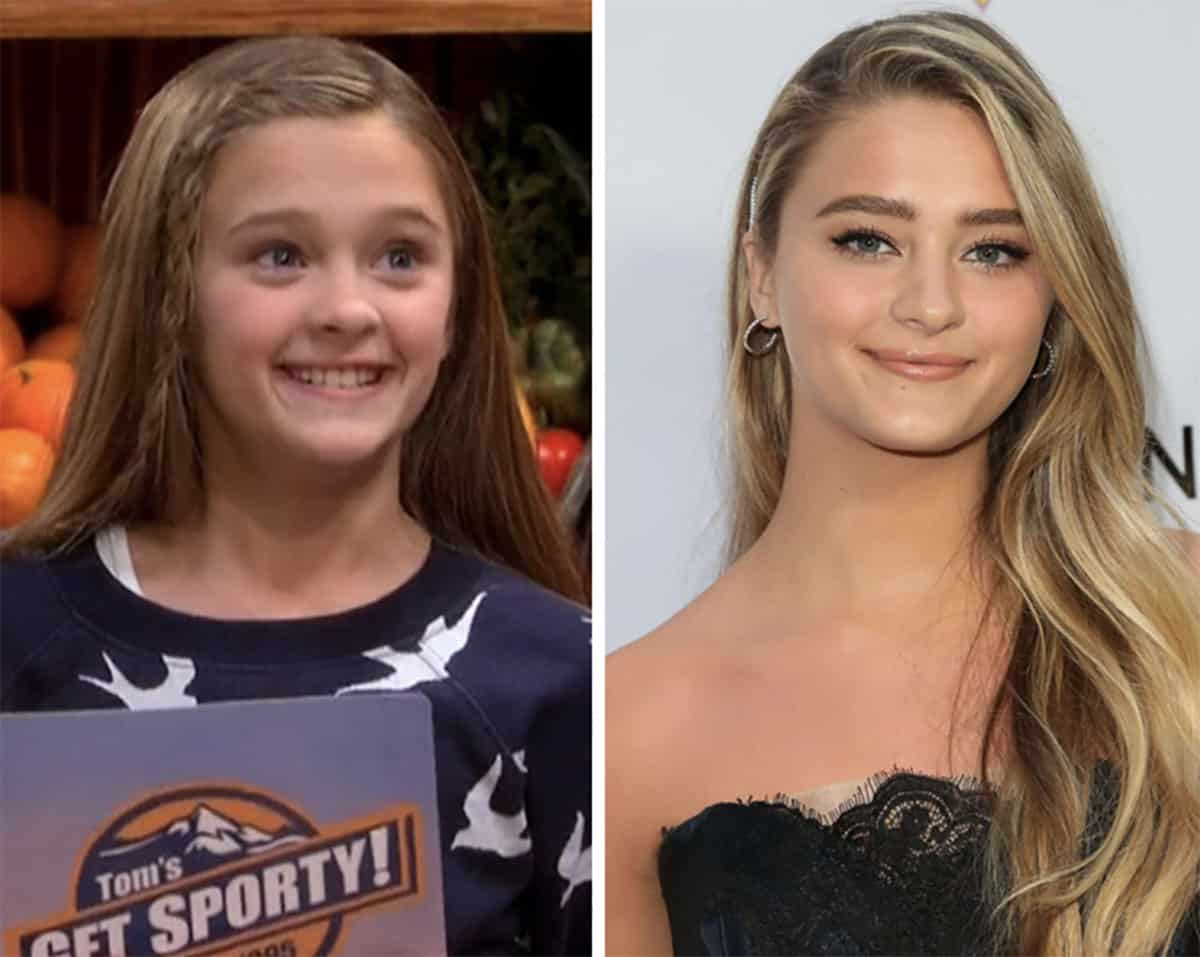 Originally from Dallas, we first me Lizzy Greene as Dawn Harper on the show “Nicky, Ricky, Dicky, and Dawn.”

The show premiered when Lizzy was a mere 11 years old.

Since her days as the charismatic Dawn, Lizzy has been stealing and breaking hearts left and right.

It’s hard to believe how time has sped up when it came to her growth.

Now 17 years old, Lizzy matured into a beautiful young woman with a keen sense of fashion.

She stars in the drama “A Million Little Things,” and we can’t wait to see what she does next! 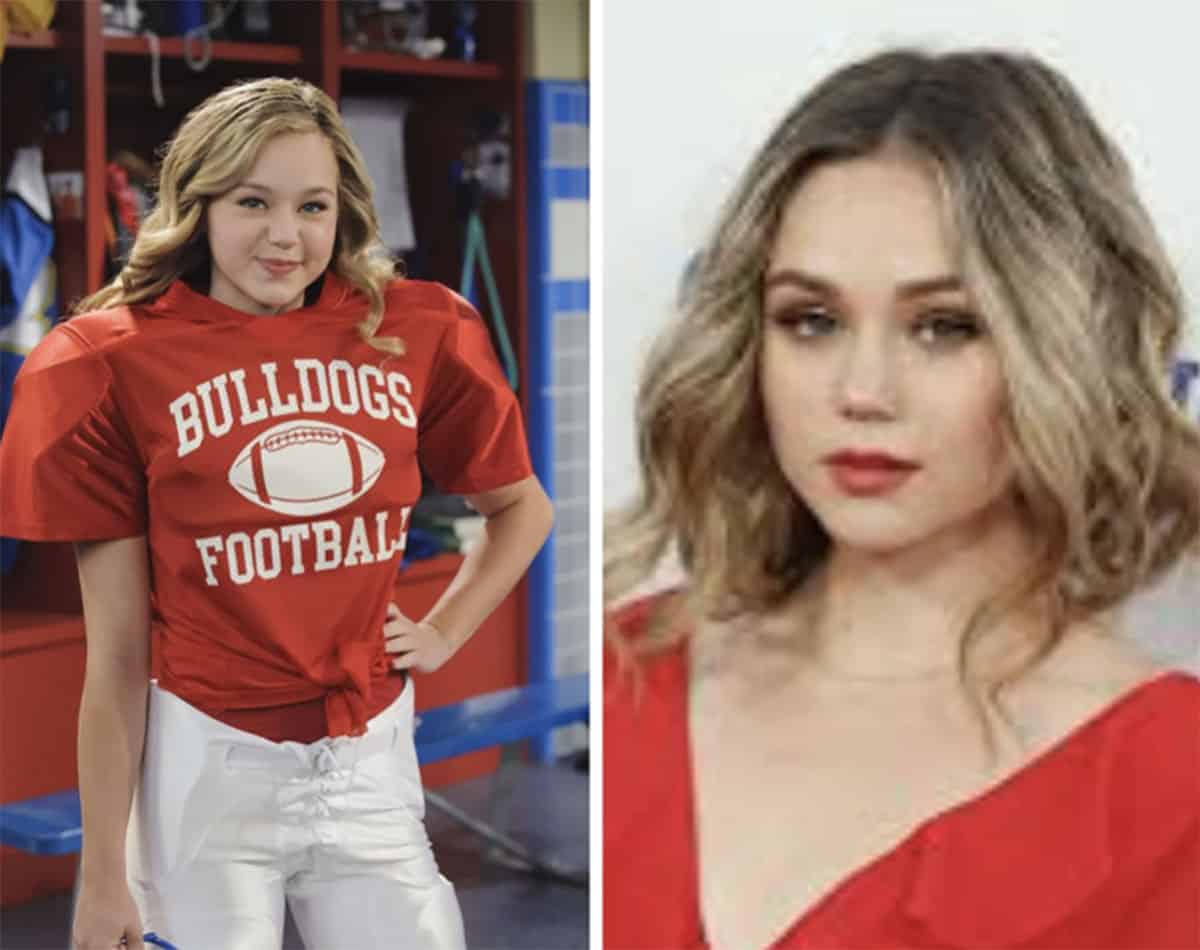 Brec Bassinger is best known for starring as Bella in“Bella and the Bulldogs.”

While the show was short-lived, Brec made a lasting impact on her fans. Her character, the only girl on a football team, inspired fans.

After the show ended, Brec blossomed from a tomboy, into a beautiful and mature young woman. She has recently become an adult, and taken on more mature roles in movies such as “47 Meters Down: Uncaged.”

As she ages, we can only hope Brec stays on the right path and doesn’t spiral into downfall like so many other child stars have. 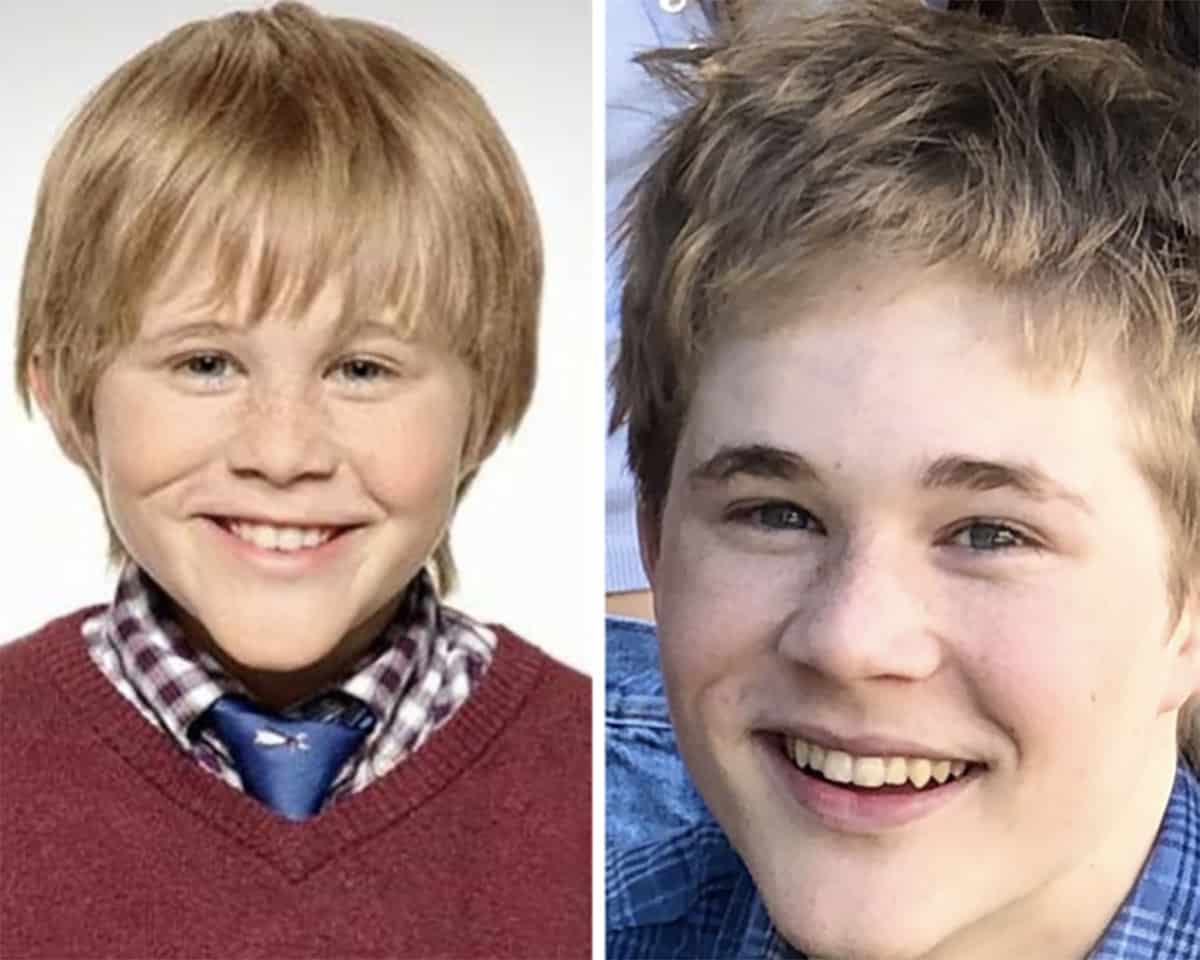 Since kids develop most between 10 and 15, it shouldn’t be surprising to see many changes in as little as one year. But in Casey Simpson’s case, he’s grown up quicker than any of us could’ve imagined.

Casey is best known for his role on “Nicky, Ricky, Dicky, and Dawn,” and he was cute as a button when the show aired when he was 10.

In addition to his phenomenal acting, Casey was just about a child genius at his young age. Today, the 16-year-old is active on his social media such as Instagram, and we can’t wait to see what he’s up to as he ages. 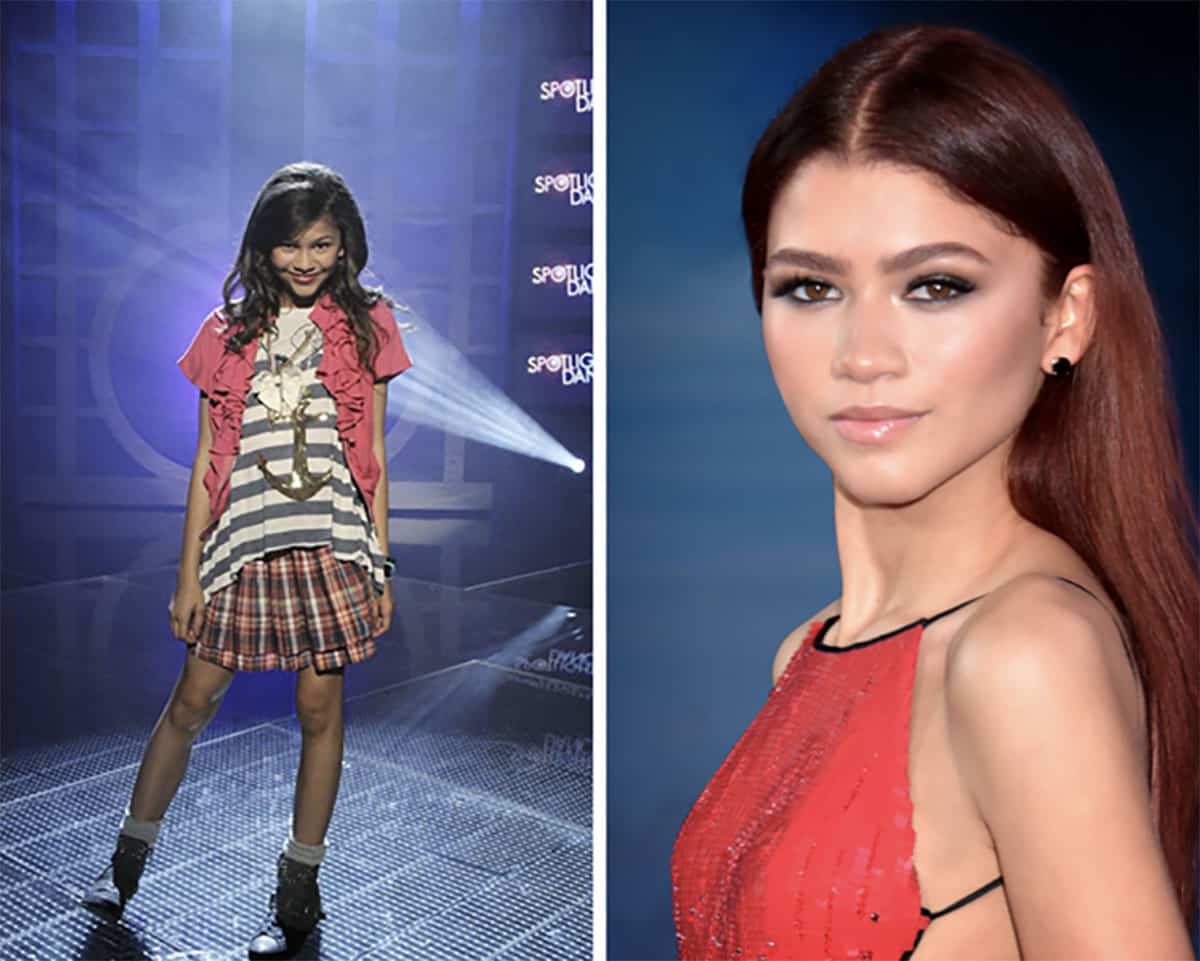 As a child star, Zendaya had one impressive resume, and she owes most of her success to Disney.

She stole our hearts in her role on Disney’s “Shake it Up,” and no matter her age, the Mouse was able to fit her into countless roles.

Despite finding her beginnings with Disney, Zendaya has flawlessly transitioned into mature roles.

Recently, she played Michelle in “Spiderman: Far From Home,” and Rue in HBO’s “Euphoria.”

While the 23-year-old seems to have grown up way too fast, we expect her career to continue blossoming. 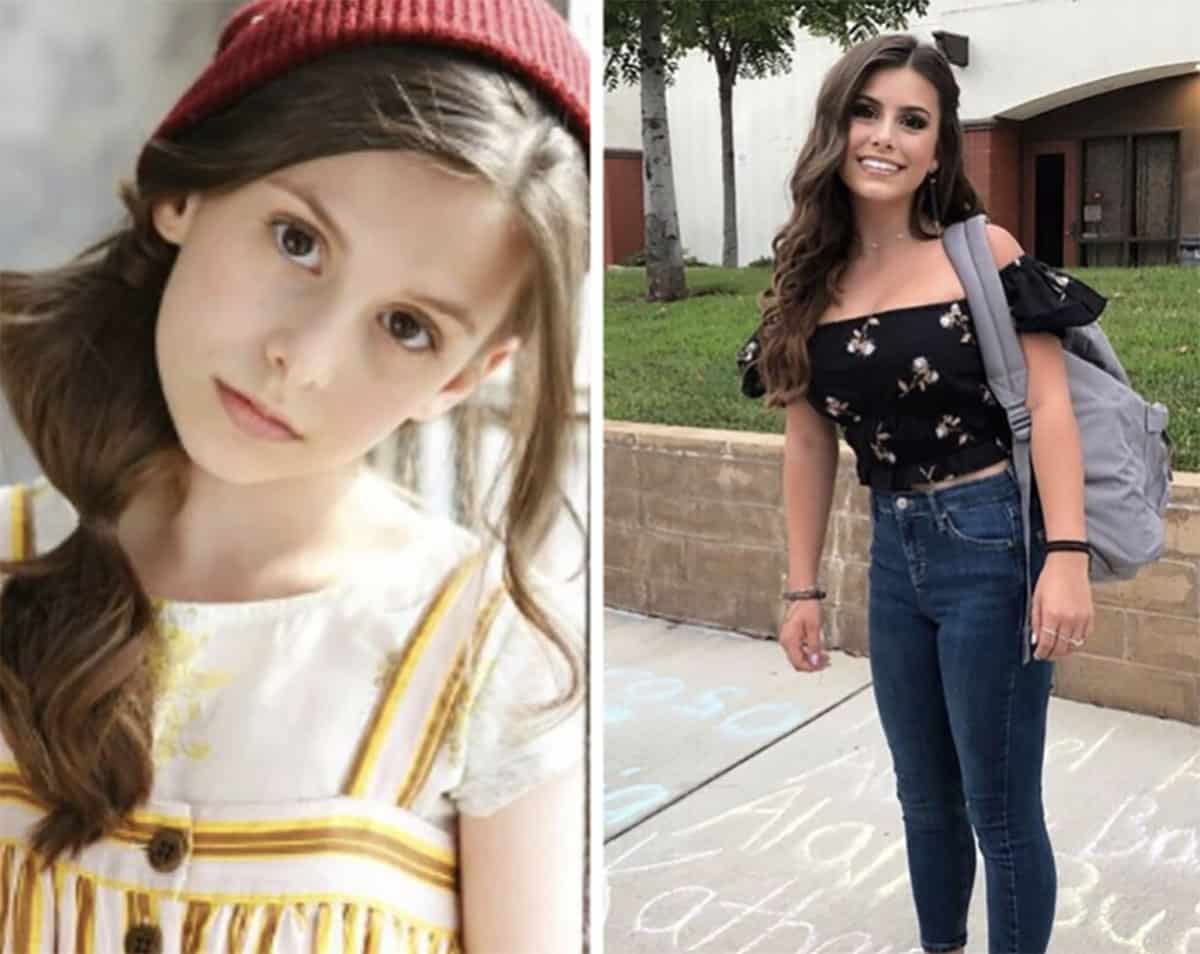 Madisyn Shipman is best known for her role as Kenzie Bell on the Nickelodeon show “Game Shakers.”

When the show first premiered, Madisyn was a mere 12 years old, and it’s hard to believe how fast time has flown by when it comes to her growth.

It’s hard to believe she is only 17 now when she looks like she just started college.

It doesn’t seem to us like her birthday quite matches up with what she looks like today. 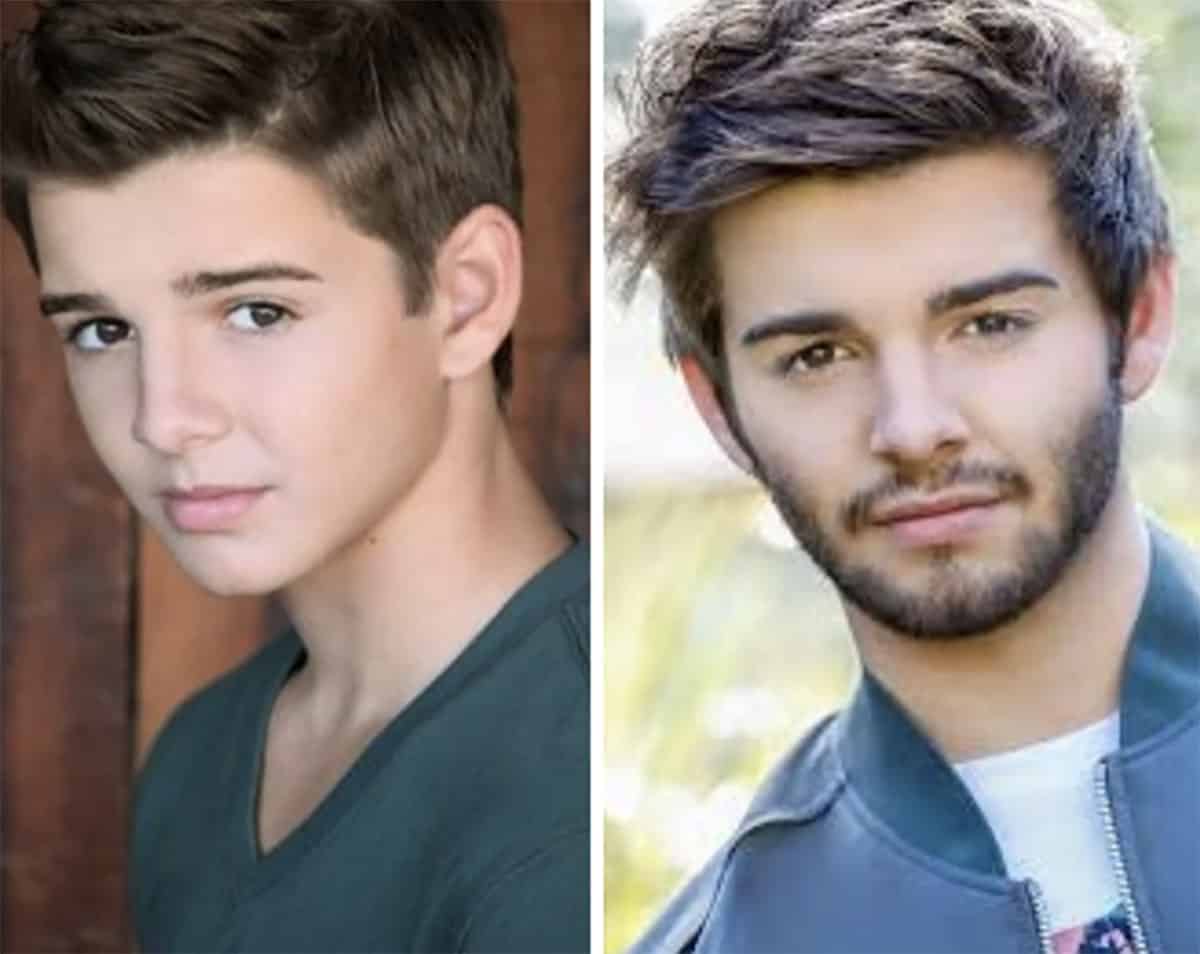 Jack Griffo is best known for starring as Max on the Nickelodeon show “The Thundermans,” about a family of superheroes.

While Jack was 16, and older than most child stars, when he made it big with on Nickelodeon, he was acting for many years before that.

While he is now out of his teen years, teen programs have held on to him for as long as possible, with him now acting in the show “Alexa and Katie.” It’s unbelievable how Jack has developed from a baby into a man in just a few short years. 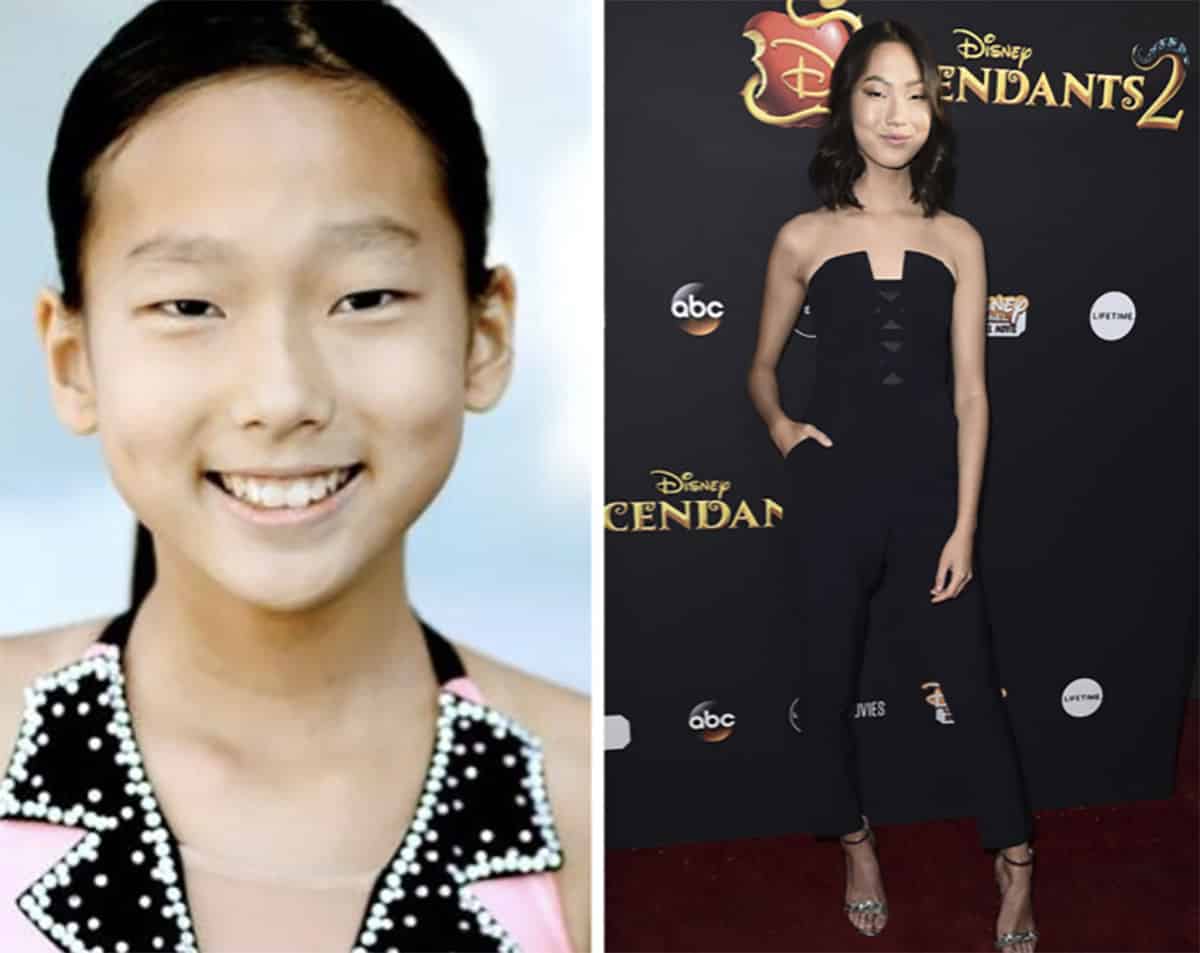 While making it as a child star is already hard enough, Madison Hu was able to find success on one of the biggest networks in the world, Disney.

She is best known for her former role as Frankie on Disney Channel’s “Bizaardvark,” but she has been acting since around 2013.

As a talented actress, singer, and dancer, Madison continued to make it big as a child actress.

But those childhood days only last so long, and it’s incredible how fast the now 17-year-old has grown up. 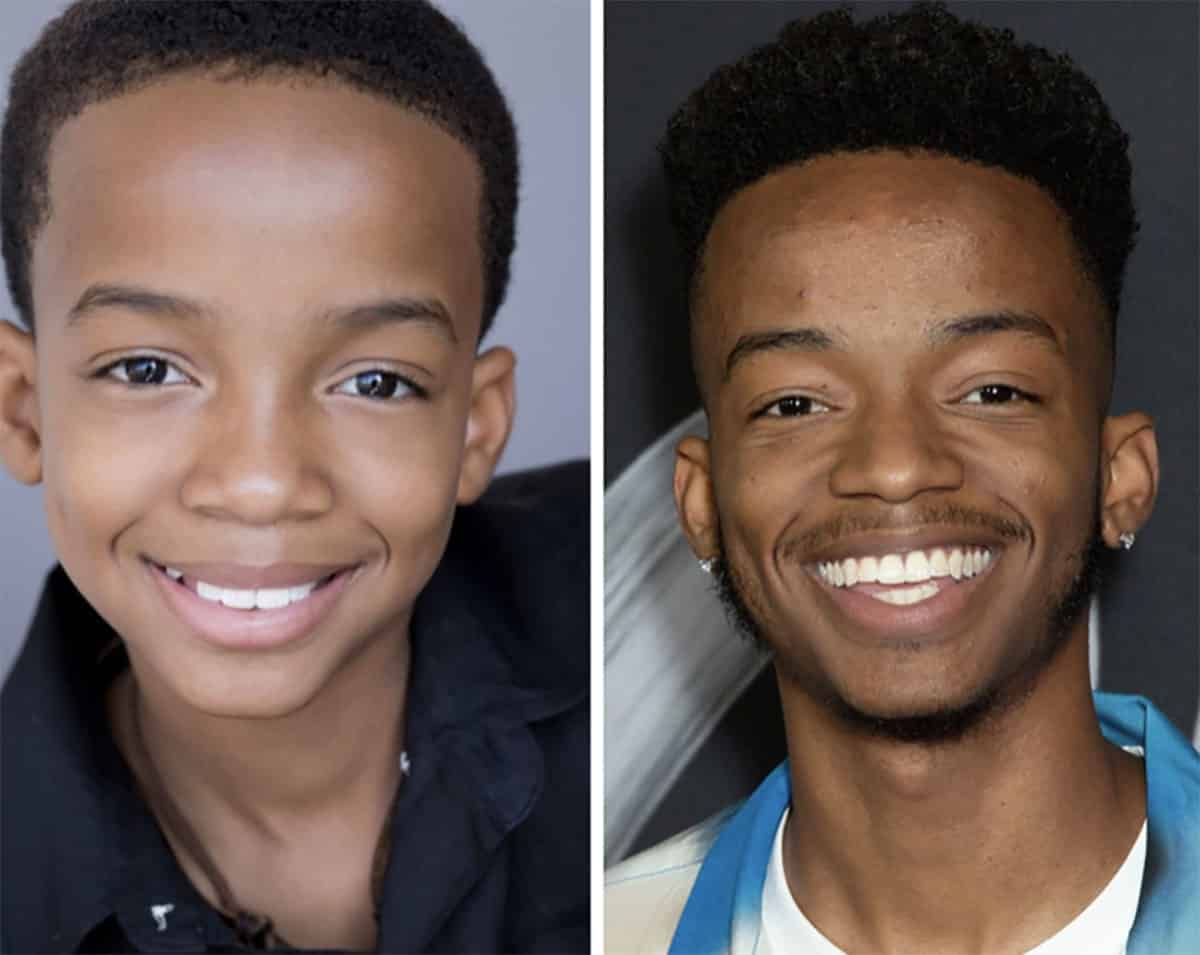 Coy Stewart got his start in Hollywood with his role as Kevin in “Are We There Yet?”

As a child, he quickly became a fan favorite on whatever show he was on.

Due to his young beginnings, he has grown up on television. Later he starred in “Bella and the Bulldogs,” and has only grown from there.

Now 21, Coy is starring in “Mr. Iglesias,” and we can’t believe how he’s grown up right before our eyes! 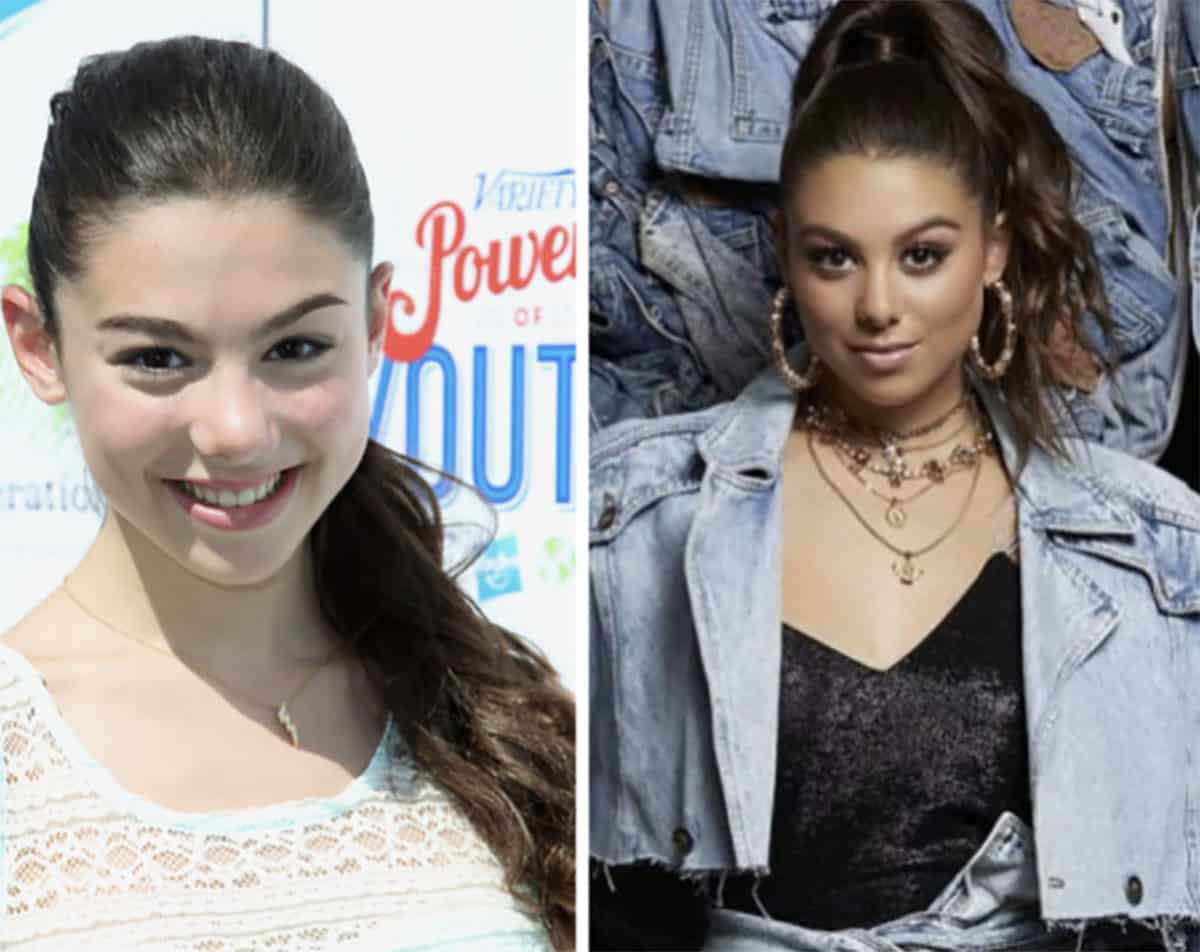 Since her early teens, Kira Kosarin has developed an impressive acting resume. She’s known for her role in “The Thundermans,” and it’s incredible how she’s grown since then.

If we can learn anything from Kira’s aging, it’s that makeup makes you look a lot older. Now she is 22, and we have to continue to remind ourselves how recently she was a child star. 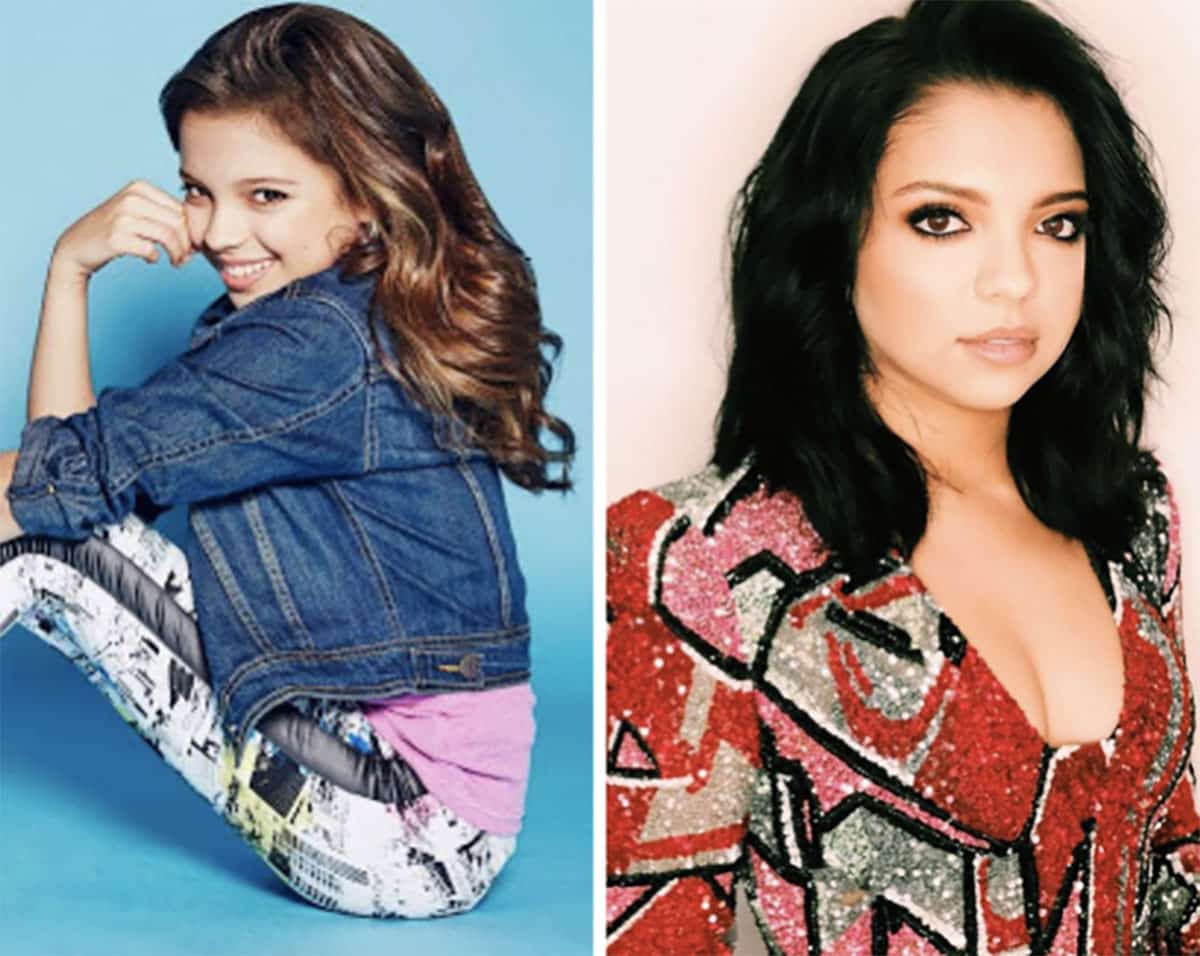 Cree Cicchino is known for her role on “Game Shakers,” and has grown up too fast since her early teen years.

She started on Nickelodeon when was younger than 10 years old, and has starred in many of their productions since then.

From 2013 to today, you can see the dramatic differences in her appearance.

It makes us wonder why so many young girls today are made up to look like young women.