If it is possible to know people’s minds and what they are capable of doing, then many wouldn’t be considered living. The same could be said for Katherine Knight, an abattoir who slaughtered her husband and made him into stew without thinking twice.

While couples quarrel and apologize to themselves later, Katherine Knight decided to go extreme by murdering and mutilating her husband.

Many have stated that if her husband knew her past of violence and s*xual abuse, he surely wouldn’t have been friends with her not to talk of getting married to her. 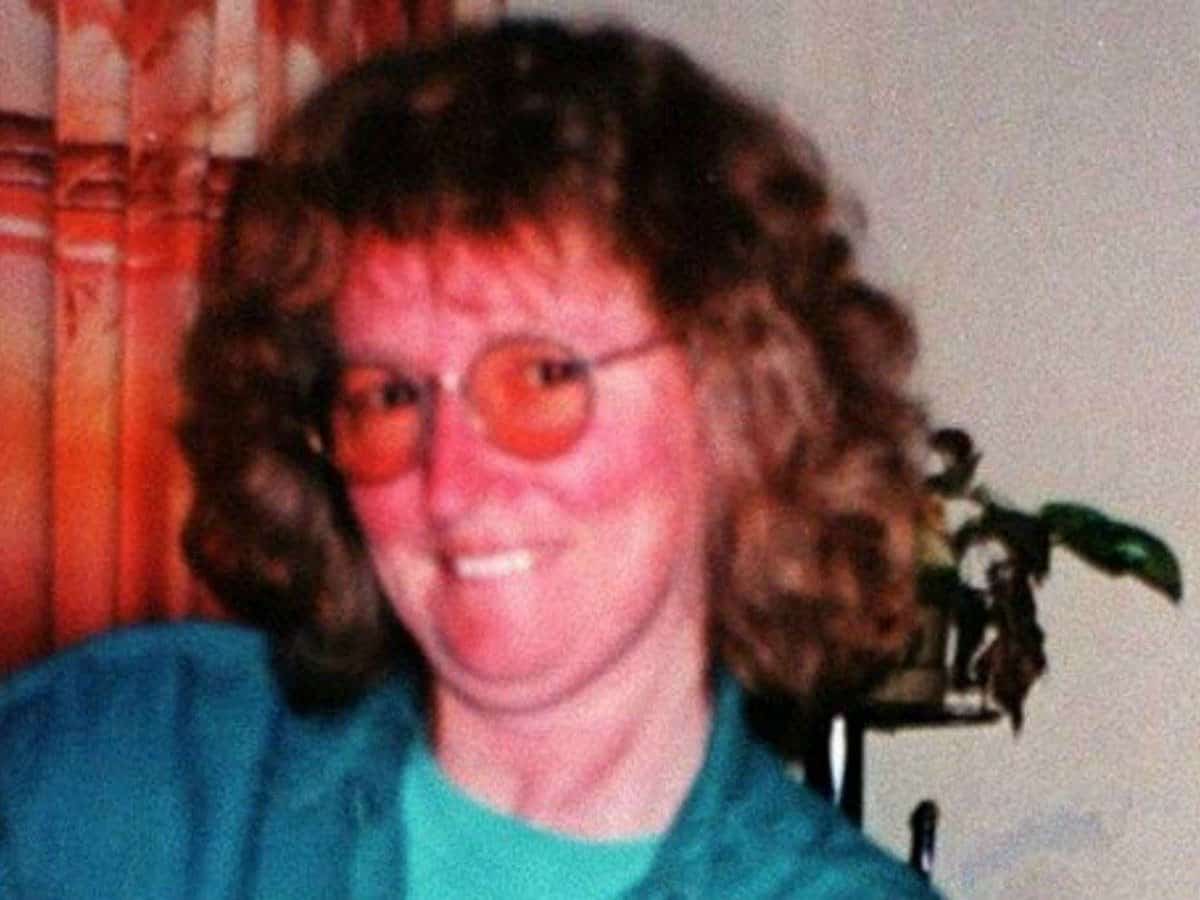 Katherine Knight was born on October 24, 1955, in Tenterfield, Australia. She was a product of an illegal affair between Barbara Roughan, and Ken Knight.

While Barbara Roughan is known to many as a mother of four, her illicit affair with Ken Knight led to the birth of Katherine Knight.

While things could have been better for Katherine despite her roots, things only got off as she got exposed to a very unhealthy lifestyle. All through her childhood, she had to deal with living in a toxic family.

Her father was not only an alcoholic; he was also a violent man who would r*pe her mother multiple times in a day.

Asides that, Katherine also had several encounters with family members who tried to assault her until she was 11 years old.

No doubt, experience influences how we react to things, view life, and handle situations. Katherine’s experience with a violent father surely influenced her disposition to life.

In school, she reportedly bullied and threatened younger children. She had a different disposition towards learning and eventually stopped attending classes at the age of 15.

Although she first began to work at a clothing factory, she later settled to work in a slaughterhouse where she found enough resources to fuel her thirst.

In Blood Stain, Journalist Peter Lalor covered the life and activities of Katherine Knight. In the crime book, he revealed how she loved her abattoir job so much that she hung her butcher’s knives over her head.

Having learned how to slaughter animals, she was always ready to use them on anything when the need arises. In his comment, the Australian screenwriter said:

“It’s one of those stories that lend it to being told on film. Even if you can’t handle the subject matter, people will still feel compelled to look.”

Katherine’s love for her job soon became the pull for murder.

As an abattoir at the butcher shop, Katherine Knight began her love journey when she met David Kelett, who was similar in character to her father. Not only was he a violent alcoholic, but he was also used to fist fighting.

Since Katherine was used to his kind of life, she didn’t hesitate to join him in his ventures. While it seemed comfortable at first, David realized that Katherine could do more than she looked like.

Months after they fell in love, Katherine convinced David for a marriage. He didn’t seem like he wanted to settle down, but when Katherine became dominating, he was left with no other choice.

David visited Katherine’s mother, but she advised against the marriage. She told him, “She has a screw loose somewhere.”

Without yielding to Roughan’s advice, David and Katherine got married. That night, they consummated their marriage three times.

But before the fourth attempt, David fell asleep. Katherine was dissatisfied with her husband’s inability to satisfy her s*xual urge. Rather than wait, Katherine began to strangle him in his sleep.

David managed to control his wife, and they lived ‘happily’ ever after. Although the lived together for 10years with two children along the line, they never enjoyed the peace of mind.

David was a cheat, and Katherine was a woman with loosed nuts. On one of the times, David had an extra affair, Katherine placed their two-month-old baby on train track for a train to run over. 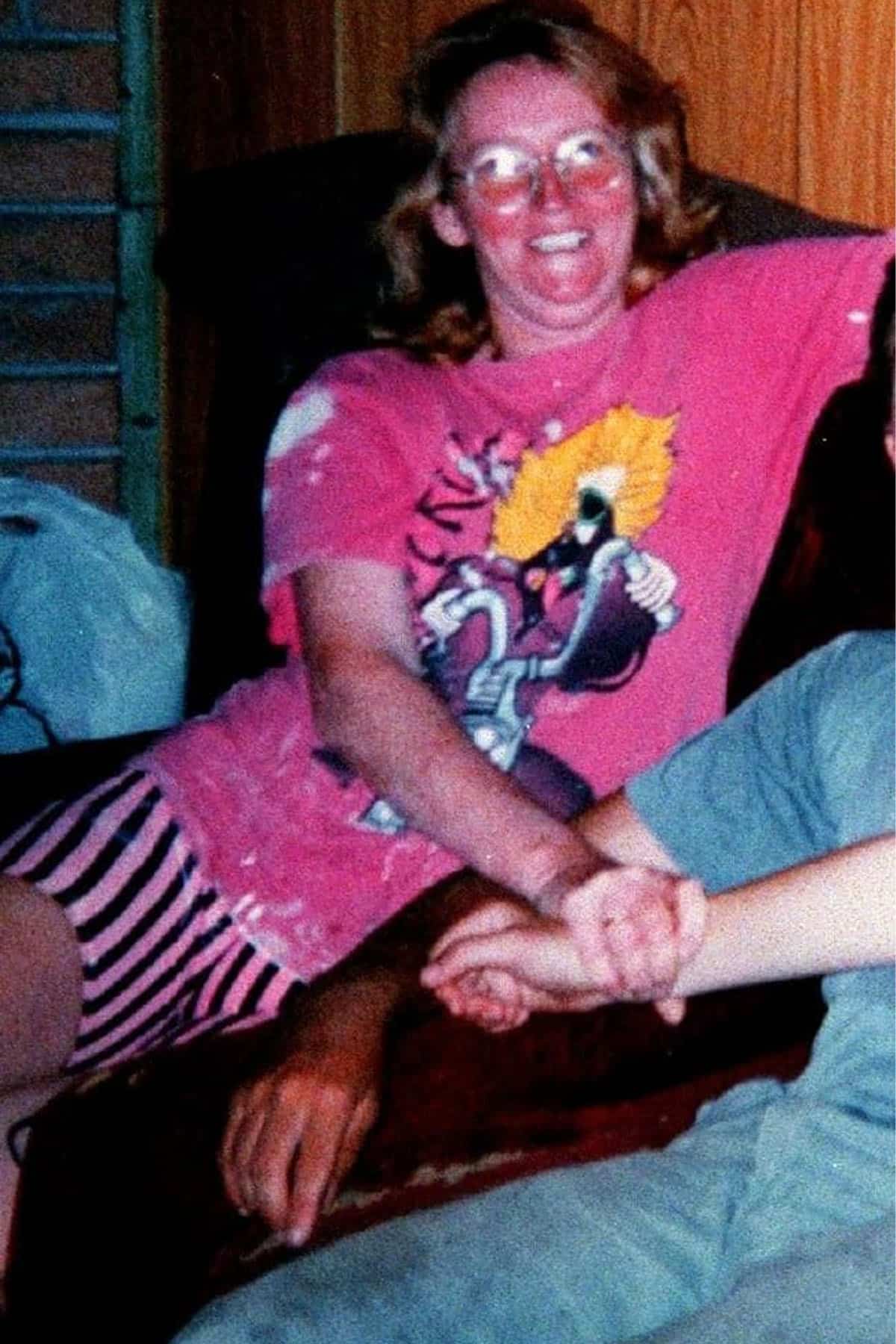 The baby was only spared because the train didn’t move. At a time, she threatened people with a stolen ax and even swung her child violently in a stroller.

Witnesses who have witnessed some of her crazy moments with her children diagnosed her with post-natal depression. As her violence heightened, she was admitted to a psychiatric hospital. During her time there, Katherine vowed to kill the mechanic who helped fix her husband’s car.

She believed that if she had not helped him, he wouldn’t have left her. Although David came back for her after she completed her session in the hospital, he finally left her when she seemed not to change.

In 1986, Katherine met another man, David Saunders. In no time, he moved in with Katherine and children. Being over jealous, Katherine began to suspect her husband’s actions anytime she wasn’t around. Her insecurities grew every day, and in no time, she became as violent and toxic as she was in her previous relationship.

When she argued with Saunders, she slit the throat of their puppy to show him that she could do anything. Although their relationship produced a child, Saunders left when Katherine threatened him with scissors.

A few months after, Katherine got into another relationship with John Chillingworth. They had a son together and were married for three years until John discovered that his wife was having an affair with John Price.

John Price and Katherine Knight’s relationship started pretty well. Despite Katherine having four children with other men and John having two older children with another woman, both lived happily together.

As a miner, John made enough money to take care of his family while staying faithful. However, Katherine became violent towards Prince when he refused to yield to her request for marriage.

At first, she framed him for stealing, and he lost his job. Then he stopped her from seeing him. After some time, he accepted her, but when she became violent again, he refused to accept her again.

In February 2000, Prince became entangled with Katherine, and in an argument, she attempted to stab him.

He took a restraining order against her and also told his co-workers his toxic relationship with Katherine. He reportedly told them to hold her responsible if anything happens to him.

Few days after Katherine attempted to stab Price, Price died. On February 29, Price returned from work, followed his usual routine, and went to bed at 11 pm.

A few minutes after, Katherine arrived home, ate, followed her usual routine, and went to meet Prince in his room to satisfy her s*xual urge. After the two had s*x, Price went back to sleep.

On the other hand, Katherine took her butcher’s knife and stabbed Price 37 times till he gave up. After murdering him, Katherine skinned him and hung his body using a meat hook. 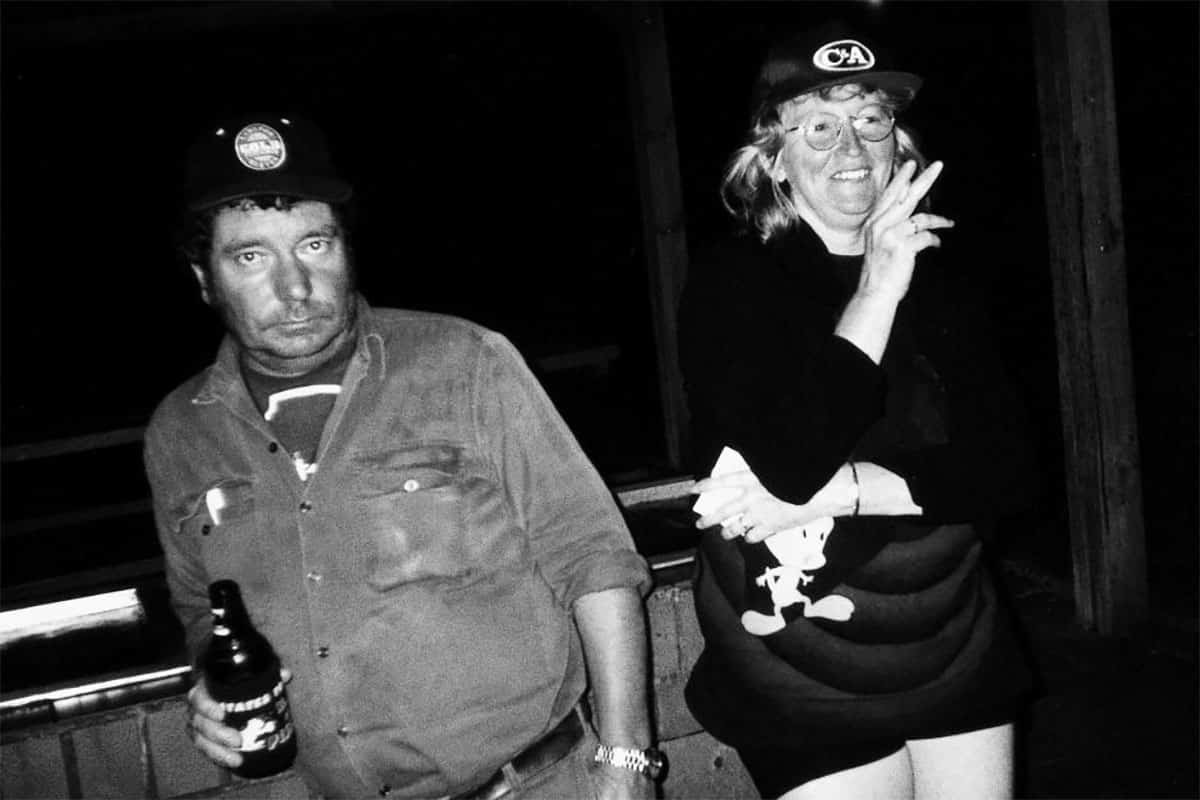 With her meat ready, she dismembered the body, cut off the meaty part, and prepared it with vegetables. She made a meal for herself, ate apart, sat next to the headless body, took several pills, and passed out.

Prince didn’t show up at work the next day, so his co-workers reached out to the Police after recounting what he had told them. The Police heed the call and set out for Price’s home. Upon getting there, what they found was beyond their imagination.

Police found two full plates of vegetables and meats with names on each plate and Price’s head boiling in a pot of vegetables.

During their investigation, Police found out that Katherine had planned to serve Price’s flesh to his children. If not for the Police’s timely arrival, they would have eaten the plates’ content.

Although Katherine claimed not to remember what happened the previous night, the Police didn’t hesitate to charge her for murder. During her trial, she pleaded guilty and was sentenced to life in prison. The judge ordered her papers to be marked, “never to be released.”

“The last minutes of his life must have been a time of abject terror for him, as they were a time of utter enjoyment for her.”

That day, she became the first woman to be given a life sentence without parole in Australia. Although she tried to appeal her sentence at a time, the judge dismissed the case immediately. She is currently serving her sentence at the Silverwater Women’s Correctional Center.