by Factionary 2 months ago2 weeks ago
2.3Kviews

A Russian woman working in a confectionery factory died in one of the most gruesome ways you can imagine – boiled alive in a vat of molten caramel.

Nobody noticed the accident and her co-workers were shocked to discover the woman’s legs sticking out of the caramel.

According to The Sun, the terrible accident happened at the Slavyanaka confectionery factory in the Russian city of Stary Oskol in the Belogorod region.

The victim was named as Natalia Nemets, a 36 years old mother of one. 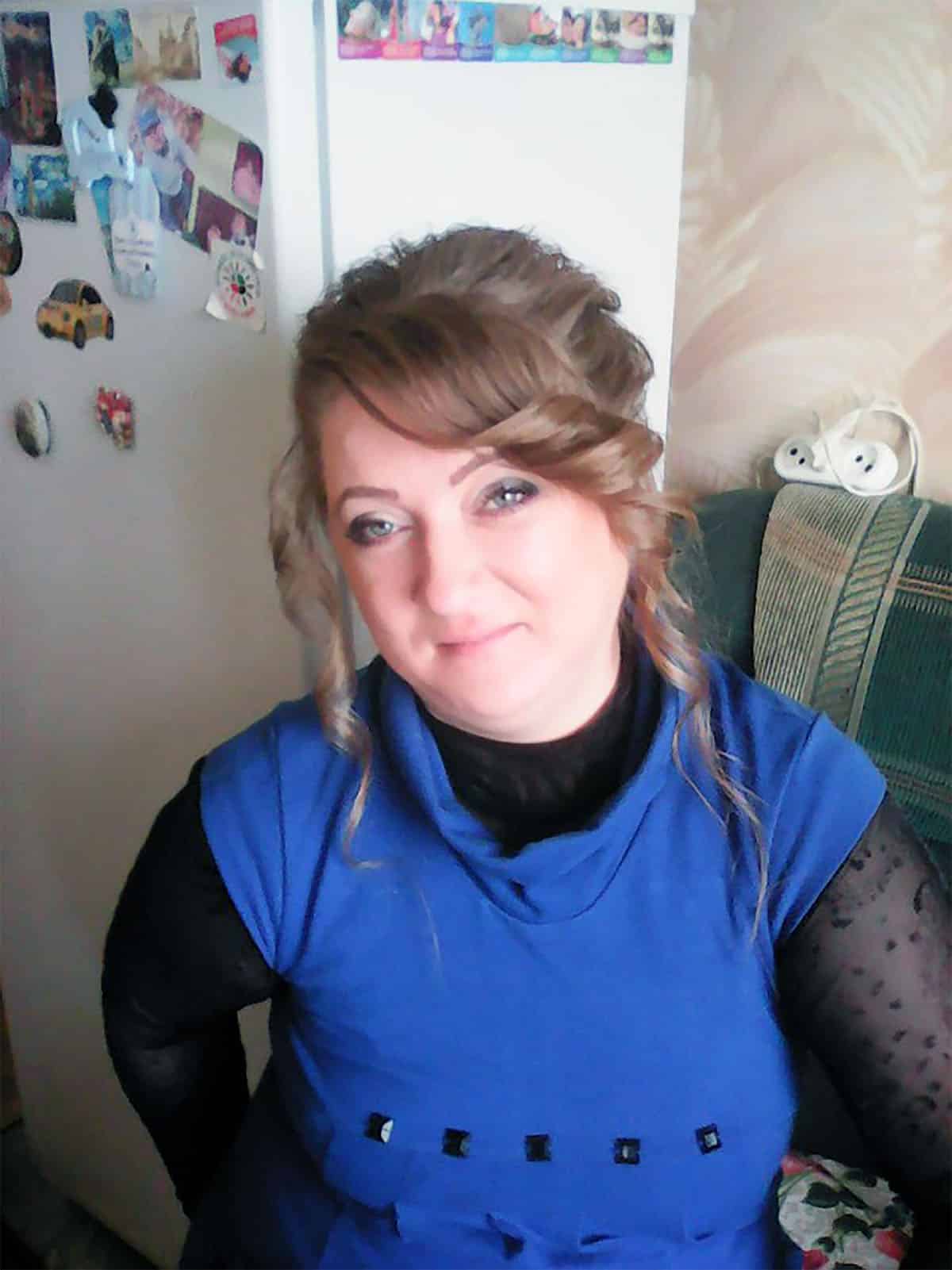 When she began what was to be her last day of work, nothing seemed out of the ordinary.

At some point during their shift, her colleagues realized Natalia had been missing for some time, yet nobody thought much of it.

The horrifying discovery was made by a worker assigned to the caramel mixing tank who saw the woman’s legs poking out from the liquid.

An eerie silence fell over the scene as it was obvious there was nothing they could do for the poor woman.

There are two theories concerning this death.

The air in the room where Natalia worked was very hot and it is possible that she fainted and fell into the vat.

Another theory suggests she could have stumbled and this made her fall into the molten caramel.

To make matters worse, in the vat there were moving blades that constantly mix the boiling caramel.

“She got boiled alive, this is true,” one worker told the Russian newspaper Komsomolskaya Pravda. “She did not cry, no other noise was heard,” he added.

As she didn’t have time to cry out it can only be assumed she fell head-first into the vat, which, under the circumstances is a blessing.

Being boiled alive is a very slow and painful death, so at least she was spared the agony.

It took a while until they were able to recover the body.

“The caramel was removed from the giant bowl and only then was her body was taken out,” the worker explained.

Natalia left behind a 10-year old son, Ivan, who will be looked after by her sister, Yulia.

At first, officials at the factory tried to cover up the horrific death of the young woman and threatened the workers they would be sacked if they dared to talk to the press. 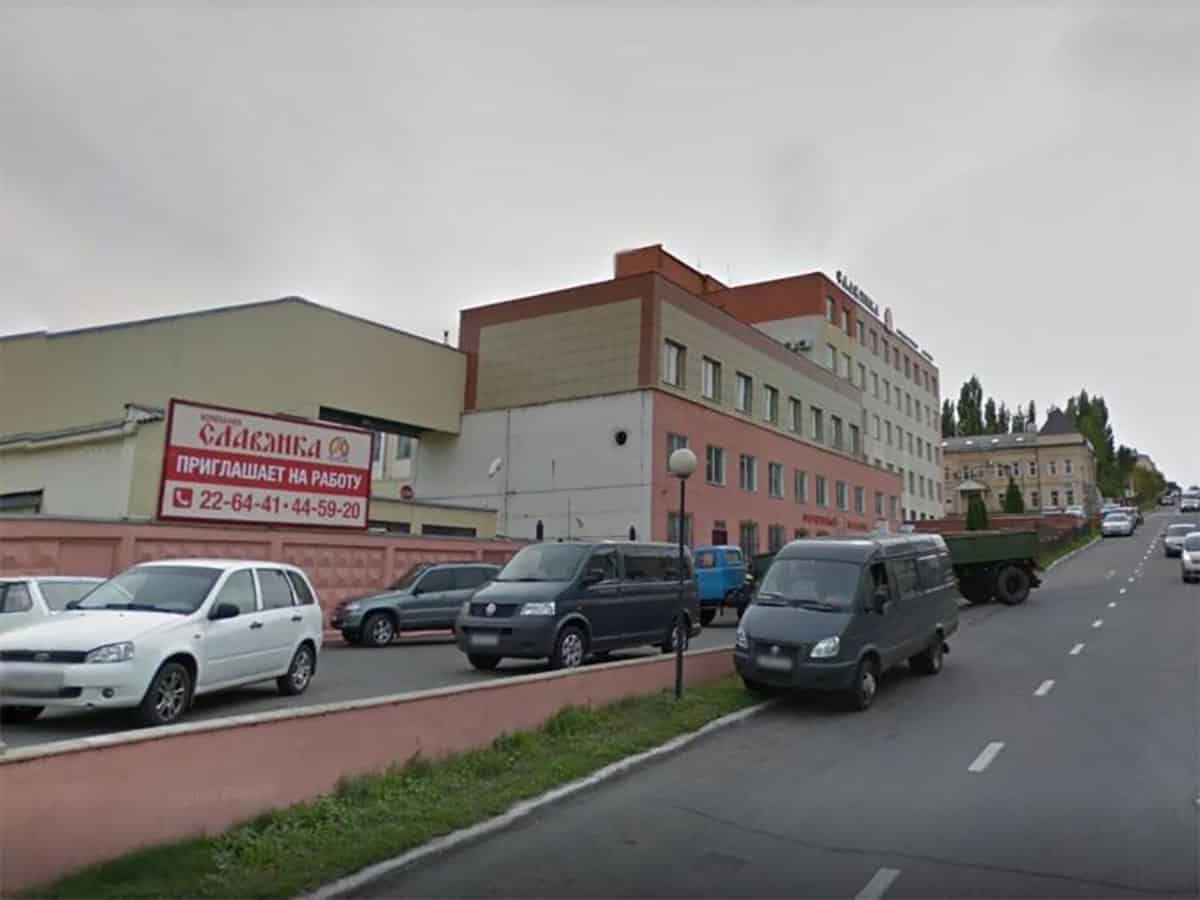 It should be said that the Slavyanka factory in Stary Oskol is part of the Slavyanka group, one of the country’s major sweets producers so the management’s threats carried considerable weight.

However, Natalia’s co-workers were so shocked by the tragedy they felt they had to tell the truth.

What’s more, there are rumors that there had been at least two other fatal accidents at the factory in the months leading to her death.

Local authorities were forced into action by the uproar caused by Natalia’s gruesome death.

An investigative commission seized documents on safety rules and labor protection and the factory’s management could face criminal charges for death by negligence.

Boiled Alive In The Car

Two men were boiled to death in the city of Penza when their car plunged into a crater caused by a burst hot water pipe, according toDaily Mirror.

Father-of-three Vladimir Valyalkin, 49, was driving in a Russian-made Lada car with his co-worker Igor Chikasov, aged 53, when a sinkhole opened suddenly.

The sinkhole was big enough to swallow the car completely, plunging the two men in 167F (75C) hot water. Just as in Natalia Nemets’ case it is believed the men died instantly.

There was no chance to rescue the victims, eyewitnesses told the press.

Footage taken shortly after the accident shows steam billowing out of the crater.

Visibly shaken, one motorist explained just how lucky he was to be alive.

He had been driving on the same street just minutes before the tragedy and he noticed steam rising out of the ground and sped off.

In most Russian cities, central heating is provided by a network of pipes pumping hot water into radiators installed in every apartment.

Most of these pipes are decades old and cause frequent accidents. 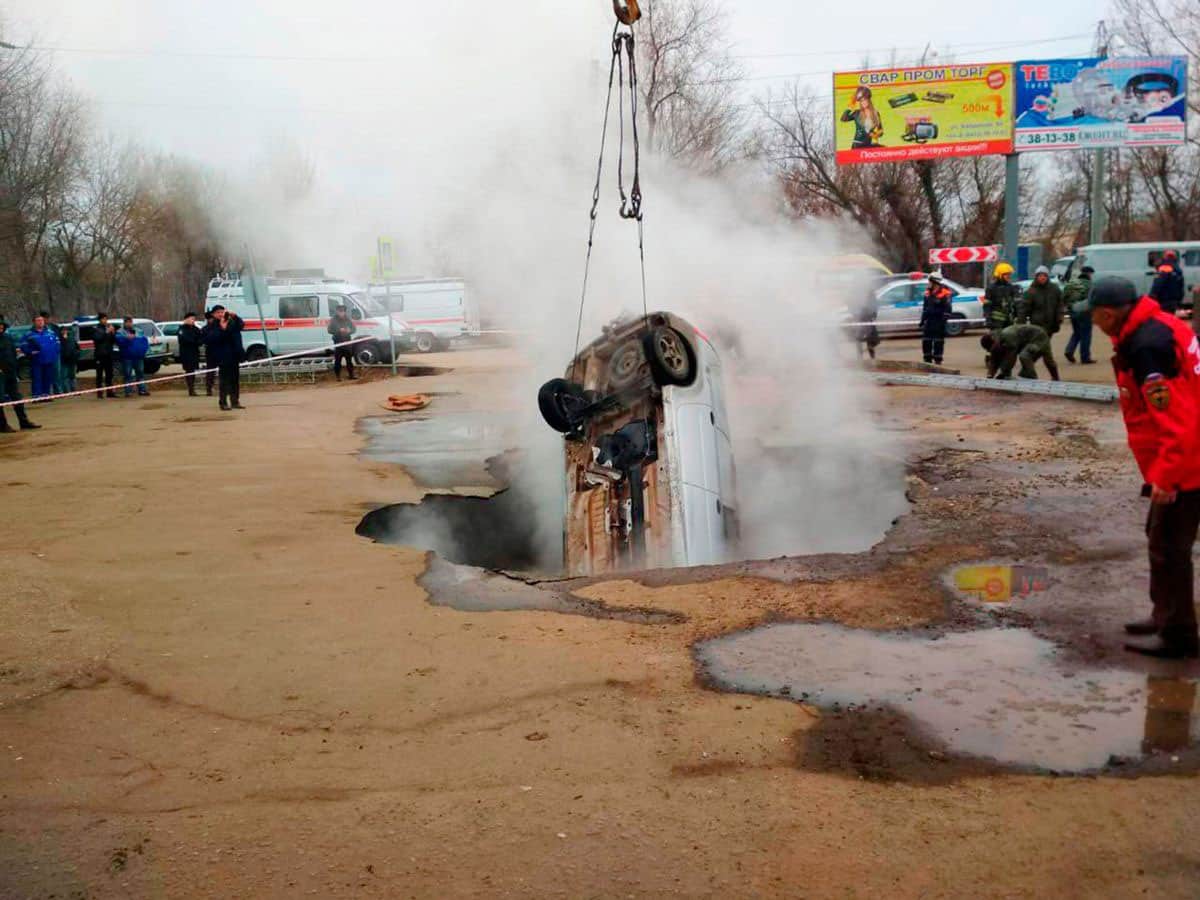 An investigation into the terrible accident was launched, but the local hot water company T Plus was quick to acknowledge responsibility.

After the news broke, a spokesman for T Plus announced the company would cover the costs of the funerals and also pay compensations to the bereaved families.

The two men worked at a furniture-making company and led a modest life, like so many others in smaller Russian cities.

However, the financial compensation won’t change the fact that Vladimir Valyalkin’s younger children, two boys aged 7 and 9 will grow up without a father.