A cutting-edge scientific analysis that was conducted by researchers from London’s Natural History Museum reveals that the remains of Britain’s oldest intact skeleton from 10,000 years ago had dark to brown skin and blue eyes.

The fossil was unearthed in Cheddar Gorge in Somerset, England.

Initially, experts assumed that the “Cheddar Man” had pale skin and fair hair, but his DNA depicts a different picture.

The analysis of his DNA strongly suggests that he had a very dark brown to the black complexion, blue eyes and dark curly hair. 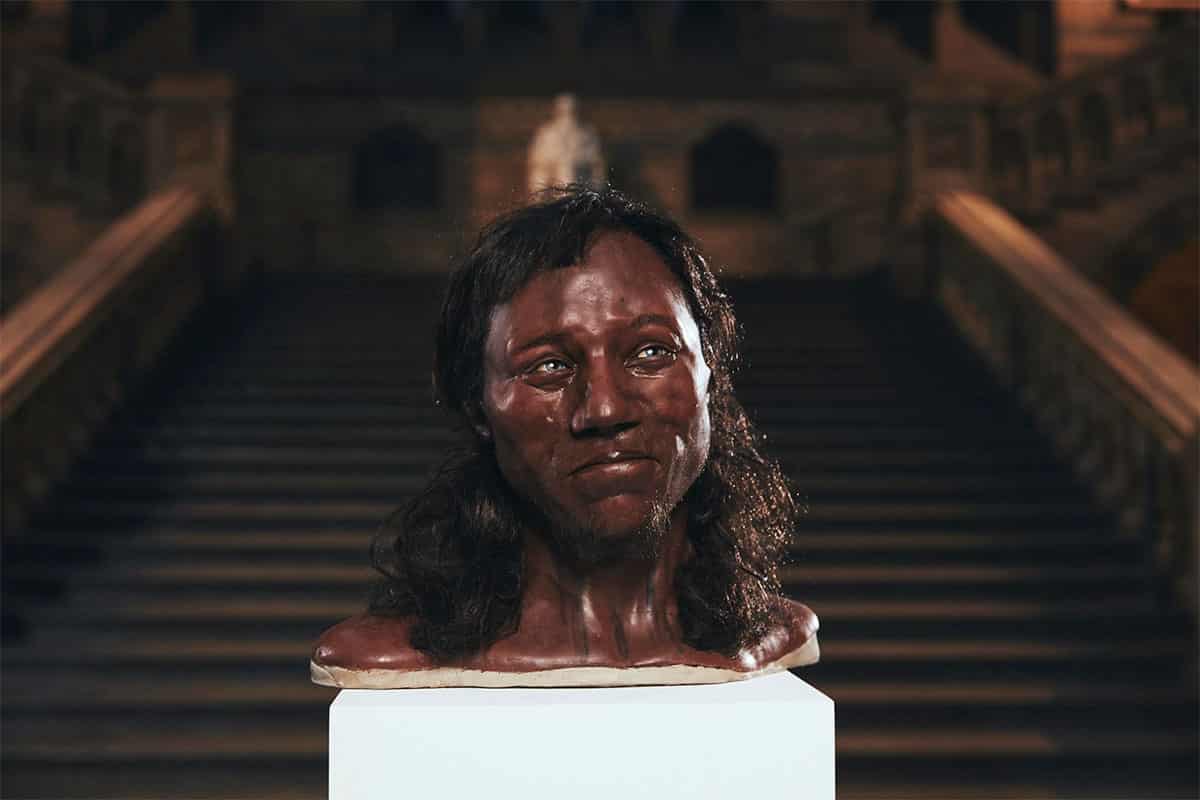 The lead researcher of London’s Natural History Museum team, Prof Chris Stringer, who had been studying the skeleton of Cheddar Man for about 40 years, explained that the DNA pulled from the fossil suggest that the earliest Europeans look nothing like scientists thought.

“So to come face-to-face with what this guy could have looked like – and that striking combination of the hair, the face, the eye color and that dark skin: something a few years ago we couldn’t have imagined and yet that’s what the scientific data show.”

In an attempt to isolate DNA from the 10,000-year-old fossil, scientists at the Natural History Museum drilled a small hole into the skull of Cheddar Man and drew a small sample of bone powder.

Dr Selina Brace and Prof Ian Barnes who was part of the research team and revealed that they weren’t sure if they’d get any DNA from the remains. But fortunately for them, they were able to isolate a full genome from the powder that was extracted. This genome led them to their conclusions. 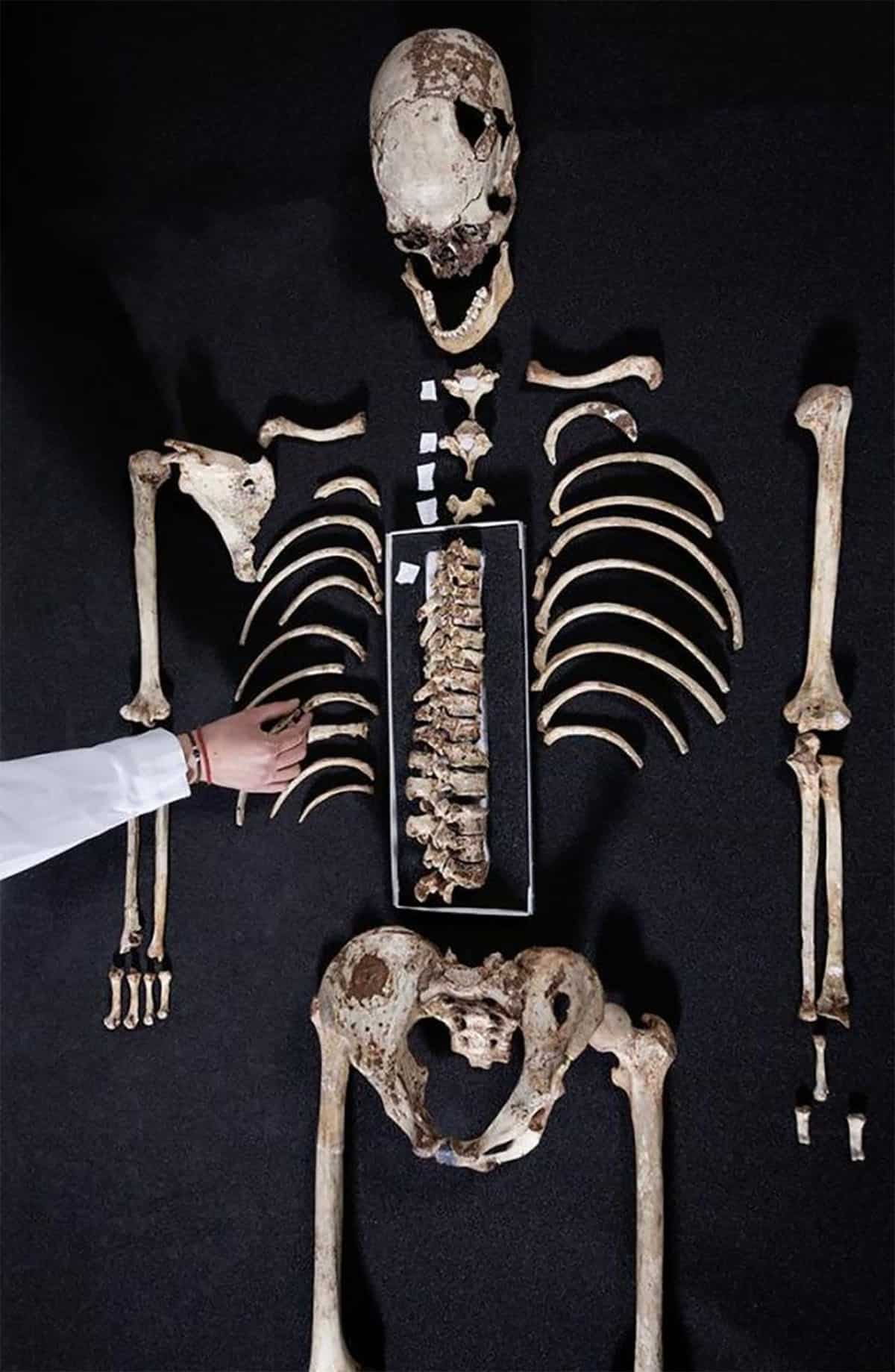 Further analyses were conducted on genes which are known to be linked to hair color and texture, skin color and eye color.

Although there are a handful of genetic variants linked to reduced pigmentation in skin tone, including some that are very widespread in European populations today, it was established that the Cheddar Man had “ancestral” variants of all these genes.

This strongly suggests that he would have had blue eyes with dark to black skin tone.

Reports suggest that over time, populations living in Europe now became light-skinned with fair hair because of the ability of pale skin to absorb more sunlight that is needed to produce sufficient vitamin D which people living in the cooler and cloudier climate would have required.

The most recent discovery indicates that pale skin may have emerged later with the advent of farming as people were obtaining less vitamin D through dietary sources like oily fish.

Experts also believe that the Cheddar Man most likely lived a hunter-gatherer lifestyle. He carved bows and arrows, made sharp blades from flints for butchering animals and used antlers to whittle harpoons for spearfishing.

Tom Booth, an archaeologist at London’s Natural History Museum where the search for Cheddar Man’s ancient DNA began as well as where the findings will be displayed, suggests that genes for lighter skin weren’t always as widespread and that they were not common until much later.

According to him, skin color was not always a determining factor for geographic origin, as it is widely believed today.

“It really shows up that these imaginary racial categories that we have are really very modern constructions or very recent constructions that really are not applicable to the past at all.”

It was established that the Cheddar Man likely originated from African ancestry and migrated with a small population to Europe through an ancient land bridge called the Doggerland. 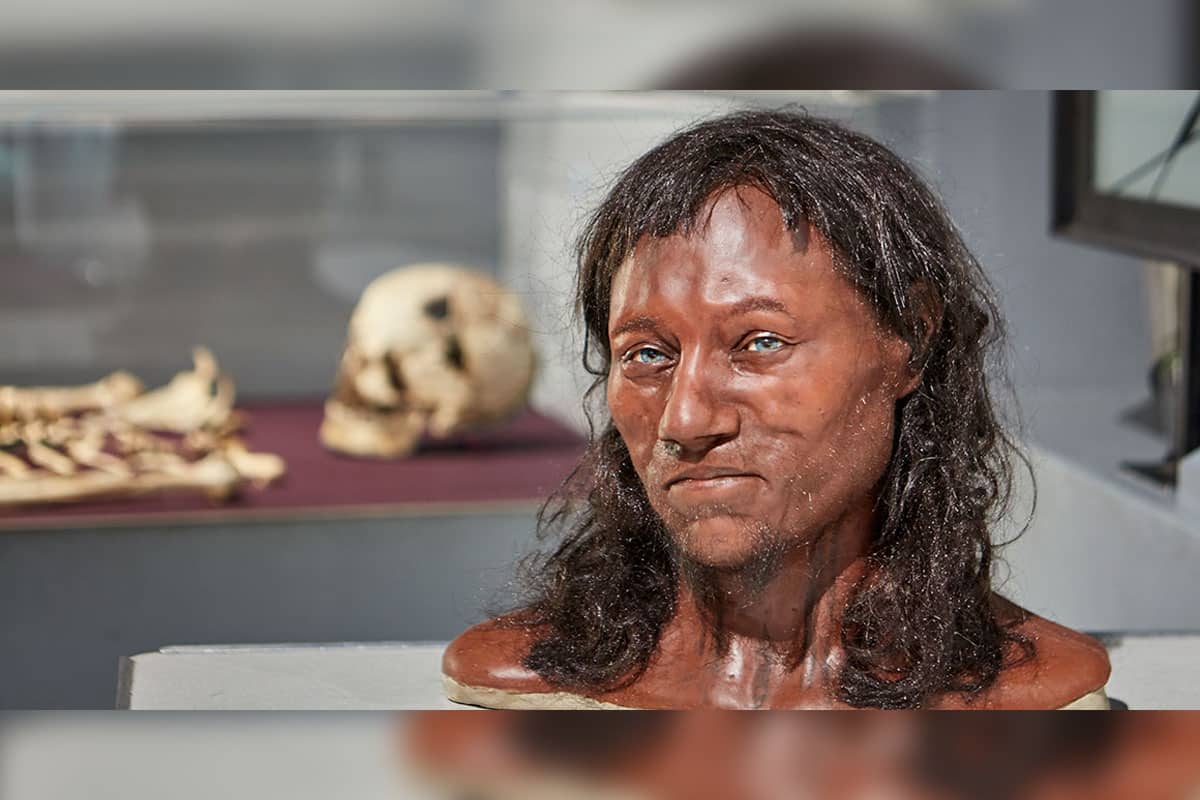 10% Of Brits Can Be Linked To Cheddar Man

According to archaeologists, about 10 percent of Present-day white British ancestry are descendants of Mesolithic hunters like the Cheddar Man.

Results obtained from the analysis of the DNA extractions in the bone powder have been used by museum artists to create a bust of Cheddar Man.

This bust clearly depicts how the Cheddar Man would have looked 10,000 years ago.

The bust takes into account his light blue eyes, dark hair and skin.

Alfons Kennis, the bust artist in London’s Natural History Museum, hopes that the depiction of the Cheddar Man will help people understand the origin of skin tones and the inaccuracies of some of the stereotypes surrounding it.

“It’s a story all about migrations throughout history, and it maybe gets rid of the idea that you have to look a certain way to be from somewhere. We are all immigrants.”

Although no prehistoric Briton of this age had previously had their genome analyzed, experts believe that the analysis of the genome of the Cheddar Man will finally provide new and valuable insights into the first people to resettle Britain after the last Ice Age.

The result of these findings – analysis of Cheddar Man’s genome will be published in a journal which will also feature in the upcoming Channel 4 documentary; The First Brit, Secrets Of The 10,000-year-old Man.