by Factionary 3 months ago4 weeks ago
018.5Kviews

The natural wonders of the world can inspire great feelings of adventure.

Imagining what the natives to any of them must have thought, to see such grand displays of nature’s plan and force in all of its unchecked furies, gave them insights into how the world worked before they ever developed an obvious understanding.

Even today, we still admire the spectacles of nature, despite knowing far more about their dangers than our ancestors did in the past.

But that doesn’t stop some people from taking things a little too far.

Yellowstone National Park is the home to many natural geysers and geothermal hot springs, warmed up by the underground heat sources to the point of extreme danger.

But all the signs in the park can’t stop some people from getting a little too close.

The sights of nature are beautiful to behold, but there are limits to how close one should ever get to eruptions of burning, steaming flesh-searing water. 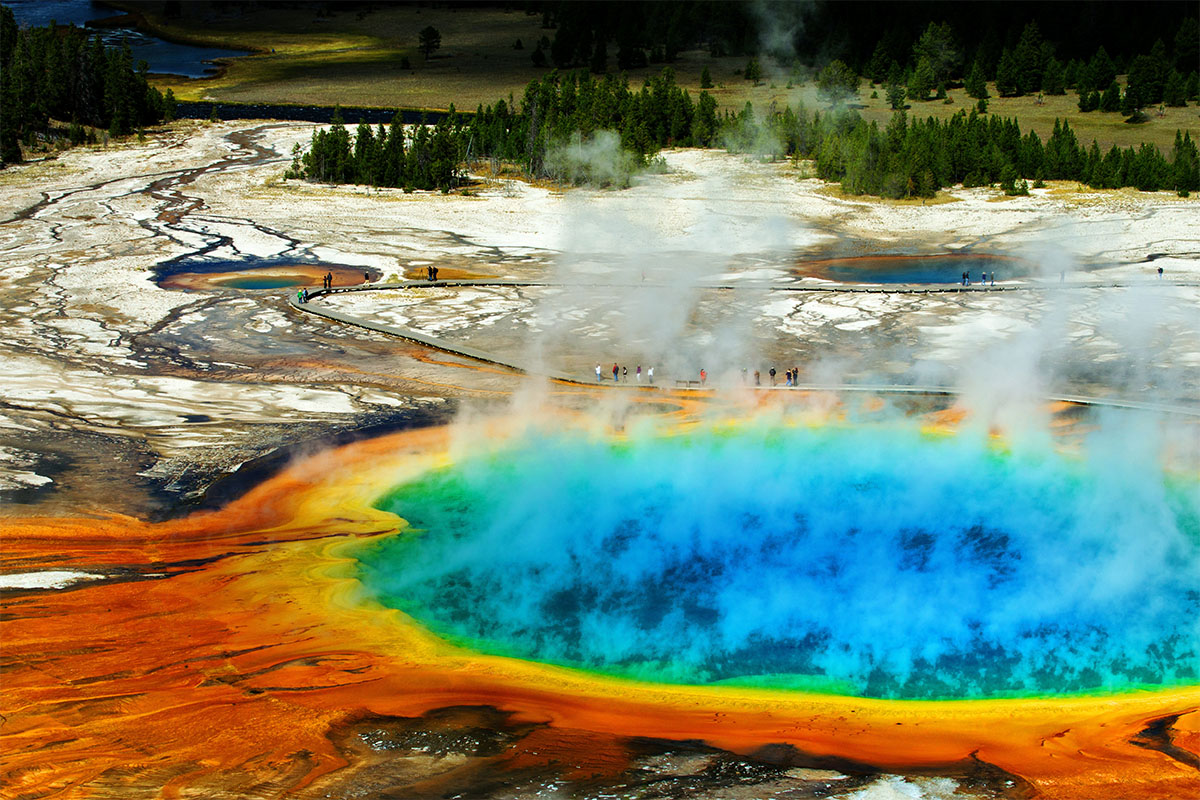 A woman, who the authorities declined to identify after her accident, was taking a tour of Yellowstone National Park back in 2020.

This was at the height of the coronavirus lockdowns, and even the parks were subject to restrictions. She entered anyway and gave herself a private tour.

While near the Old Faithful geyser, named for its reliable clockwork schedule of eruptions, she backed up to take the perfect selfie and fell into a crevice where hot gasses gathered, resulting in many burns. 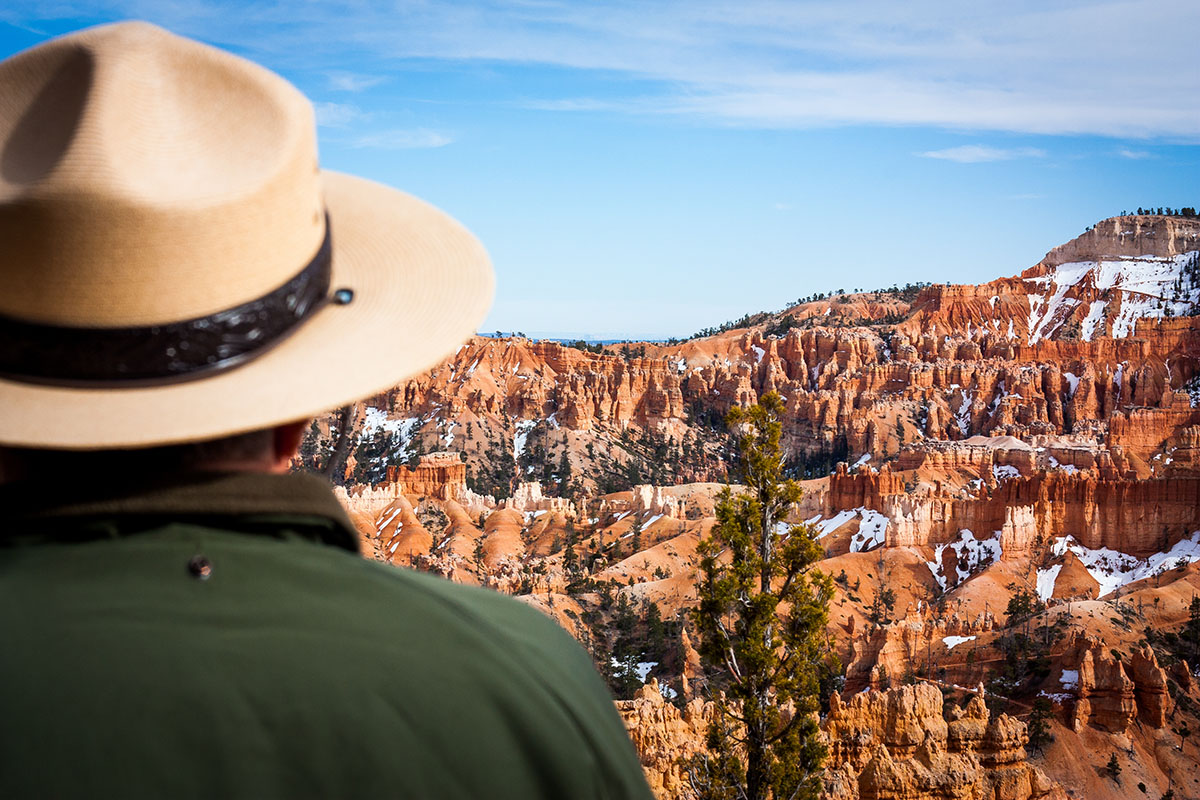 Park officials managed to rescue her before her injuries became too terrible, but then they let her get away.

Whether it was a routine report gone wrong or if the EMS was arriving too slow, the woman left on her own in the car she arrived in and made it about 50 miles before they finally caught up and stopped her.

Despite her injuries, she seemed intent to file the day away as a failure and head home, but a helicopter was dispatched to treat her while they took her to the hospital in Idaho Falls. 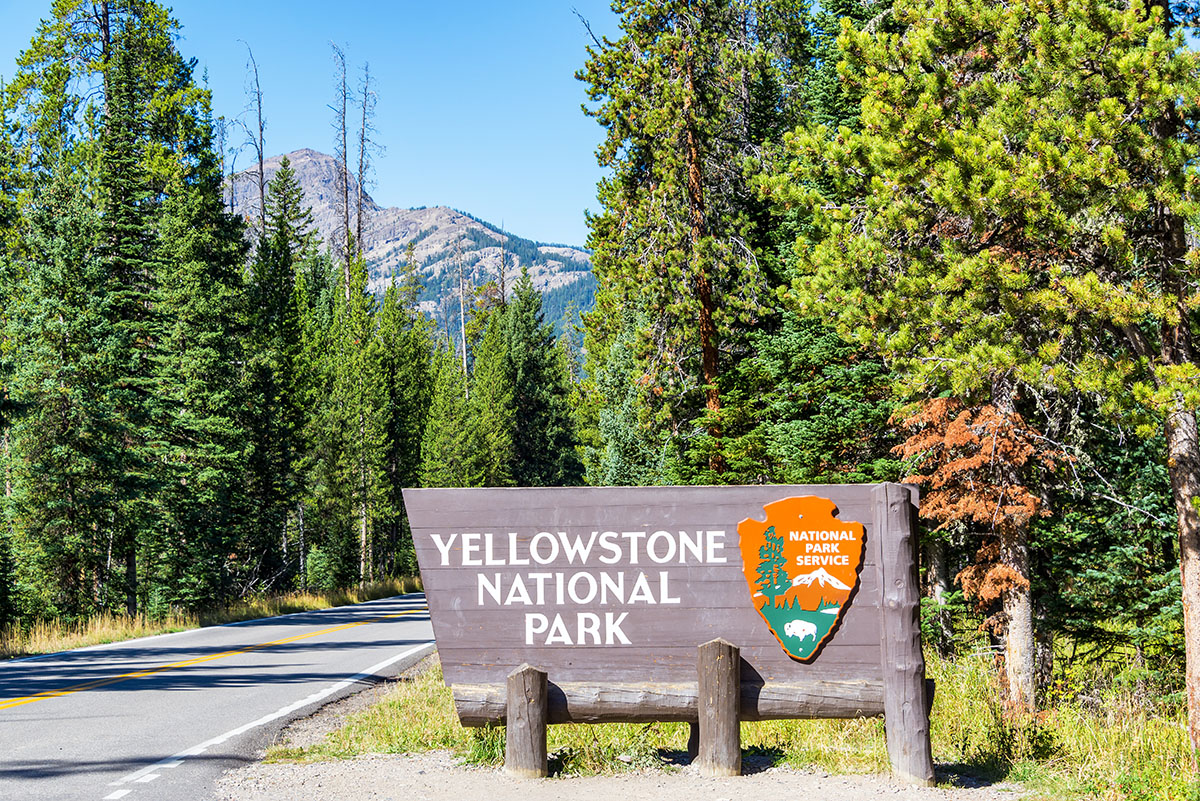 Despite coming out with her life in the balance, she was expected to face punishments. However, no details were released. Yellowstone is no stranger to violators of its ironclad rules.

The safety restrictions in place at the park are meant to keep people safe from real, visible, and immediately present danger. Not just from viruses.

So, in addition to going against Covid restrictions, it’s likely the woman will face additional penalties as dictated by the park.

A spokeswoman for the park, Linda Veress, confirmed that the incident was under investigation shortly after it happened, namely to find which of the many, many vents the woman fell into. 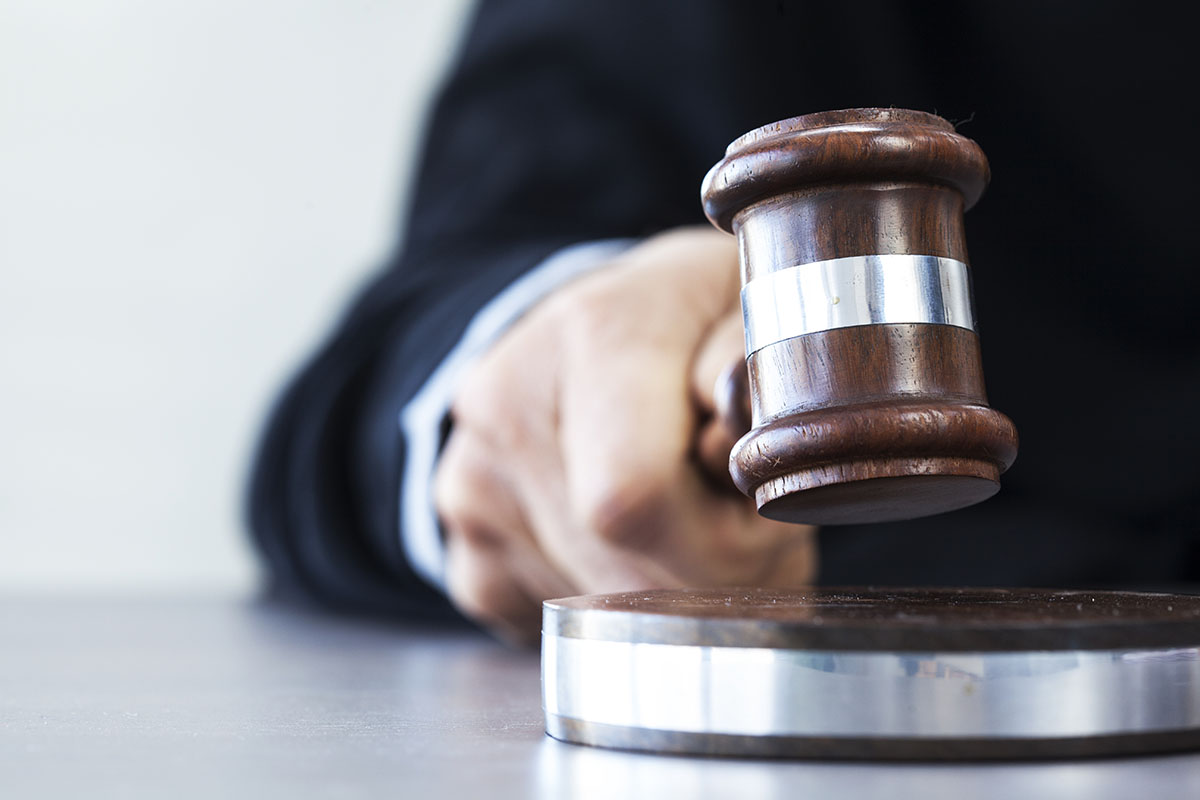 Surprisingly, this woman was not the first and may not be the last person to make such a bad decision in Yellowstone Park.

Arguably one of the most dangerous places to be standing right next to a geyser that has been erupting every 90 minutes since before man had the language to name it.

They were given a short two-week jail sentence, five years of probation, along with a five-year ban from the park and a $540 fine each. A relatively light sentence compared to what others got.

6 Sights To Die For

Yellowstone takes every precaution to prevent tragedies, but unfortunately, sometimes it’s not enough to protect people from themselves.

In 2016, Colin Scott wandered too far off the designated boardwalk trails over the heated rocky terrain.

He fell into a pit of acidic mud, a by-product of the clear spring waters, and died. His body could not be recovered and was boiled violently by the near magmatic temperatures of the puddle. 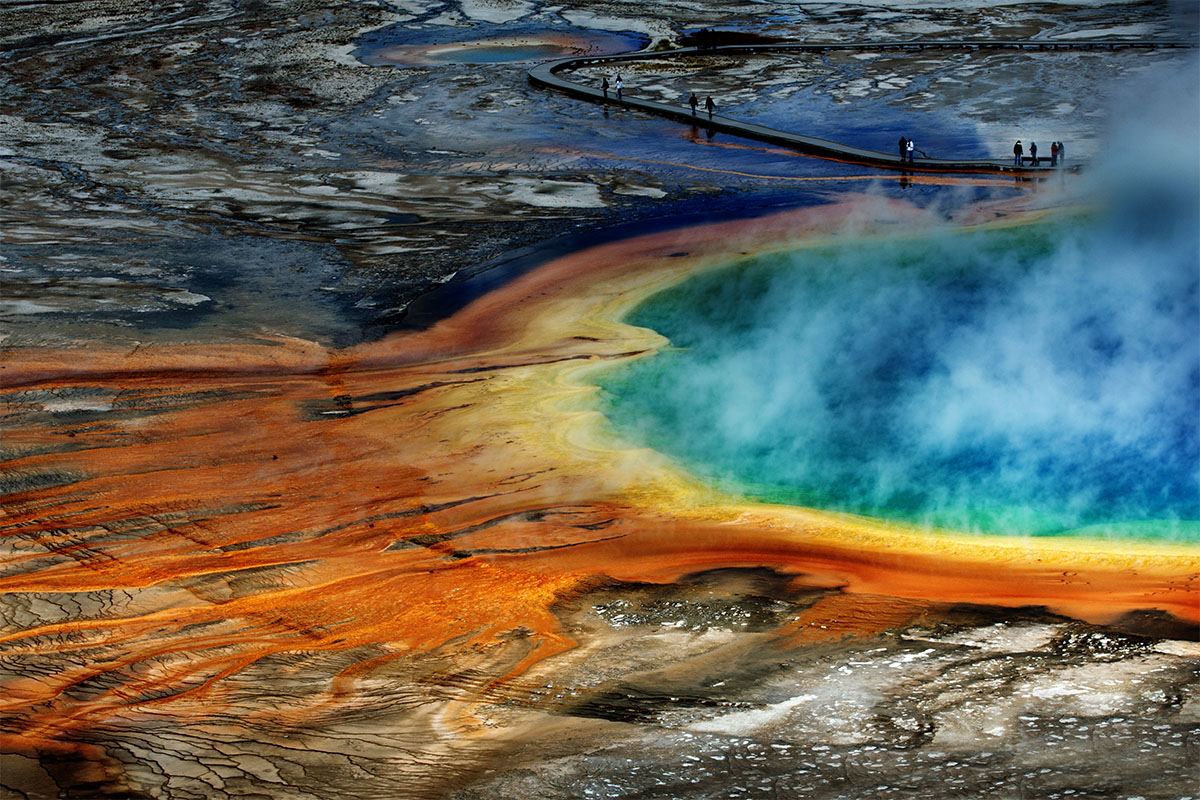 Hot springs usually evoke a certain therapeutic image, a big spa-bath with tingly bubbles and some mineral additives for skincare and good health.

While Yellowstone’s hot springs do have such cleansing properties, they’re also too hot for human habitation. The temperatures can reach well over boiling, and the spray from Old Faithful is scalding at 169 degrees Fahrenheit.

Nothing is relaxing about it up close. Every part of Yellowstone is hot enough to harm or kill, which is why the safety protocols of where to walk and how far away to stand are to be followed. 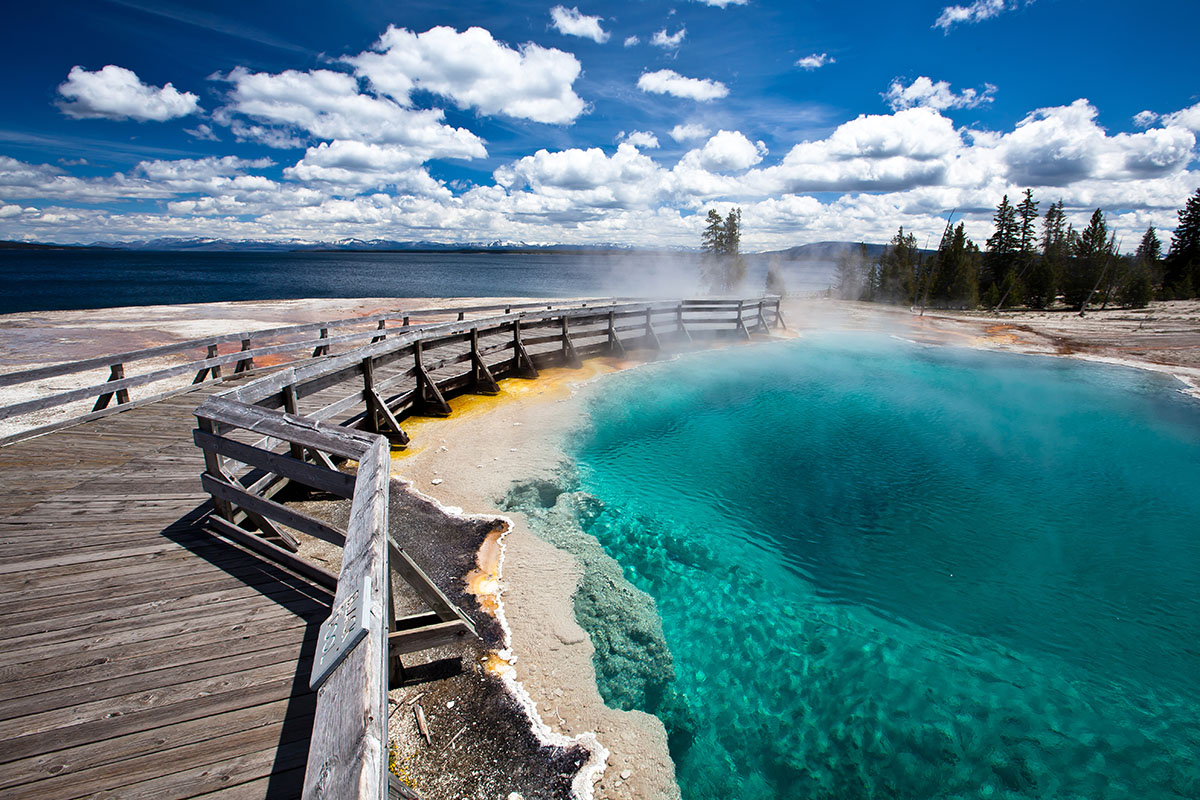 Despite the dangers and the obvious warning signs of scalded, heat-blasted rocky lands all around the perpetually steaming vents and pools, the land of Yellowstone Park isn’t exactly secure.

People can walk in from further away. Even residences are close enough where people can walk their dogs along the regular boardwalk and beyond without checking in at the front gate.

The Park itself is spread out in its area between Idaho, Montana, and Wyoming. 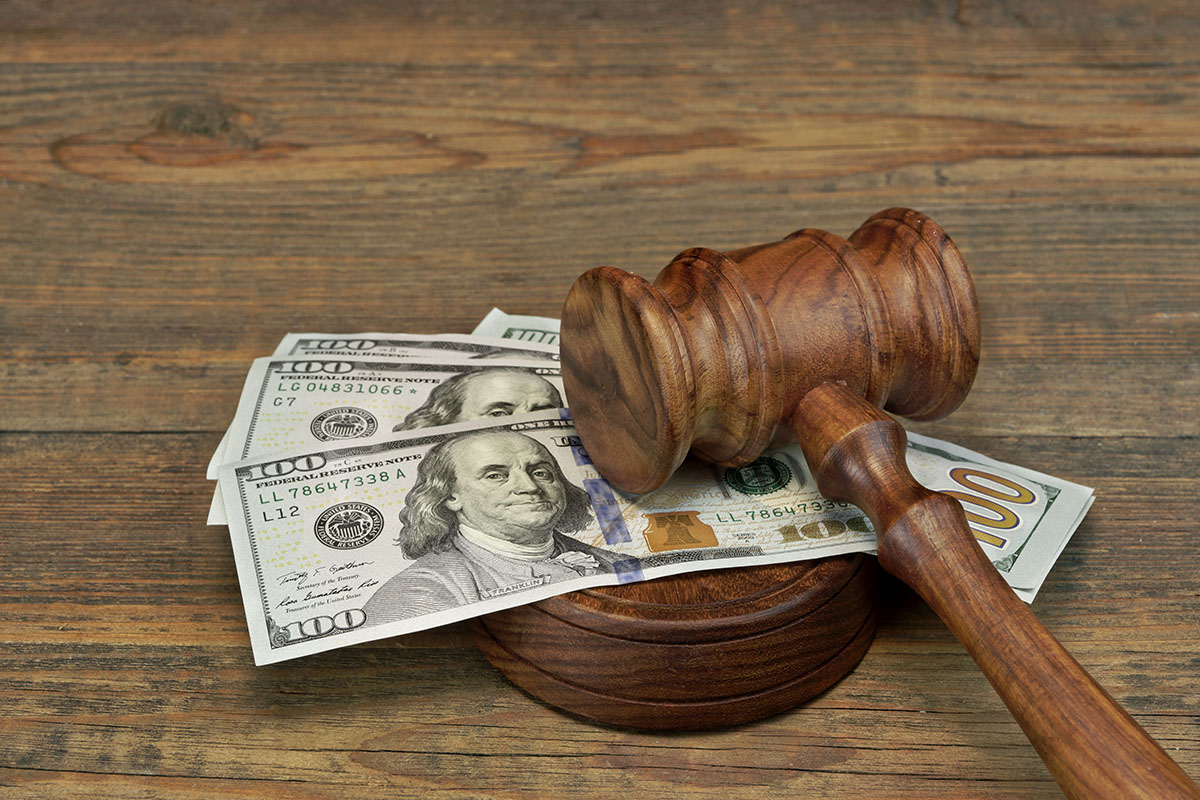 The water is hot at the surface, but boiling water removed from its heat source will simmer and cool down.

Plenty of people have tried collecting samples of the spring waters from the famous pools, which carries immense risk.

Falling into the water can expose people to burns and a chemical soup of purified and refined minerals that are harmful to the skin in the doses that the water carries.

Also, it’s illegal, and people have been fined hundreds of dollars or more for scooping up precious Park resources. 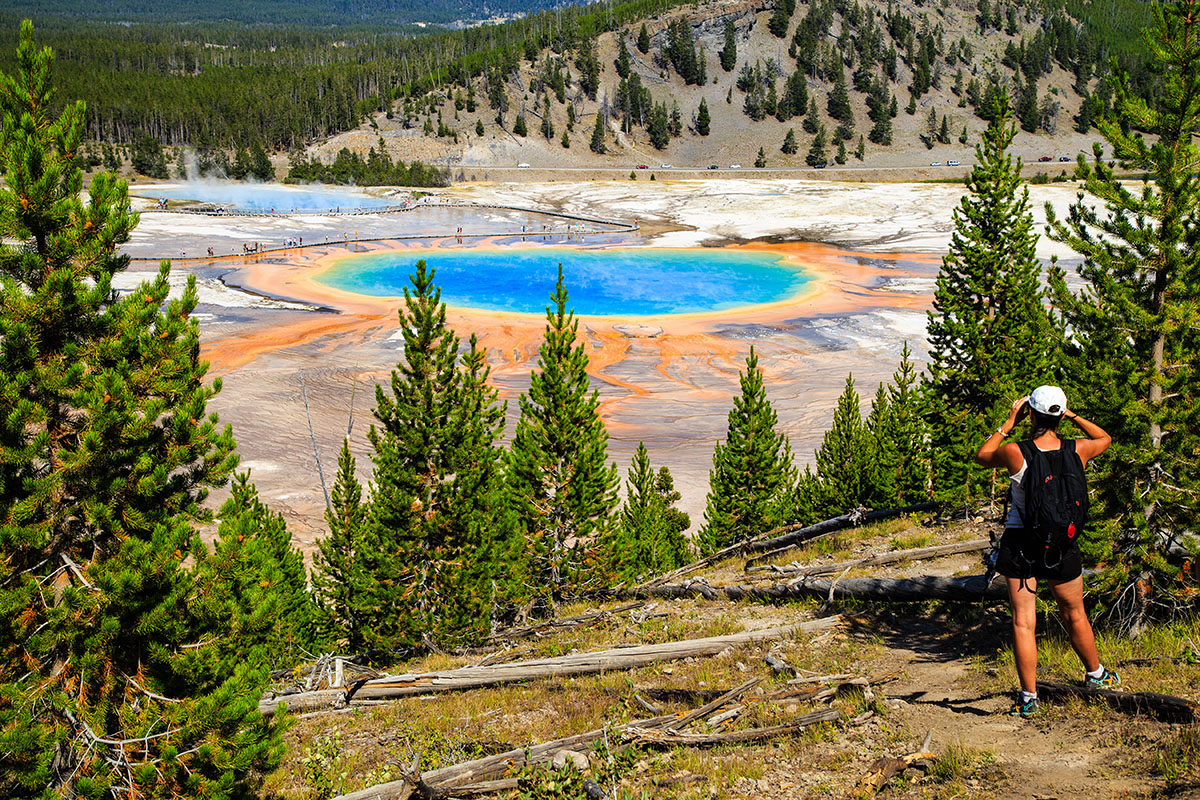 Despite the dangers of Yellowstone, as America’s first national park, it boasted over 4 million visitors before lockdowns and restrictions forced it to stay closed.

It’s under federal regulation, so as long as the government enforces rules to stop the virus’s spread, it may remain in a restricted state for a long time yet to come. Despite that, the geysers will continue to erupt even if no one is watching. 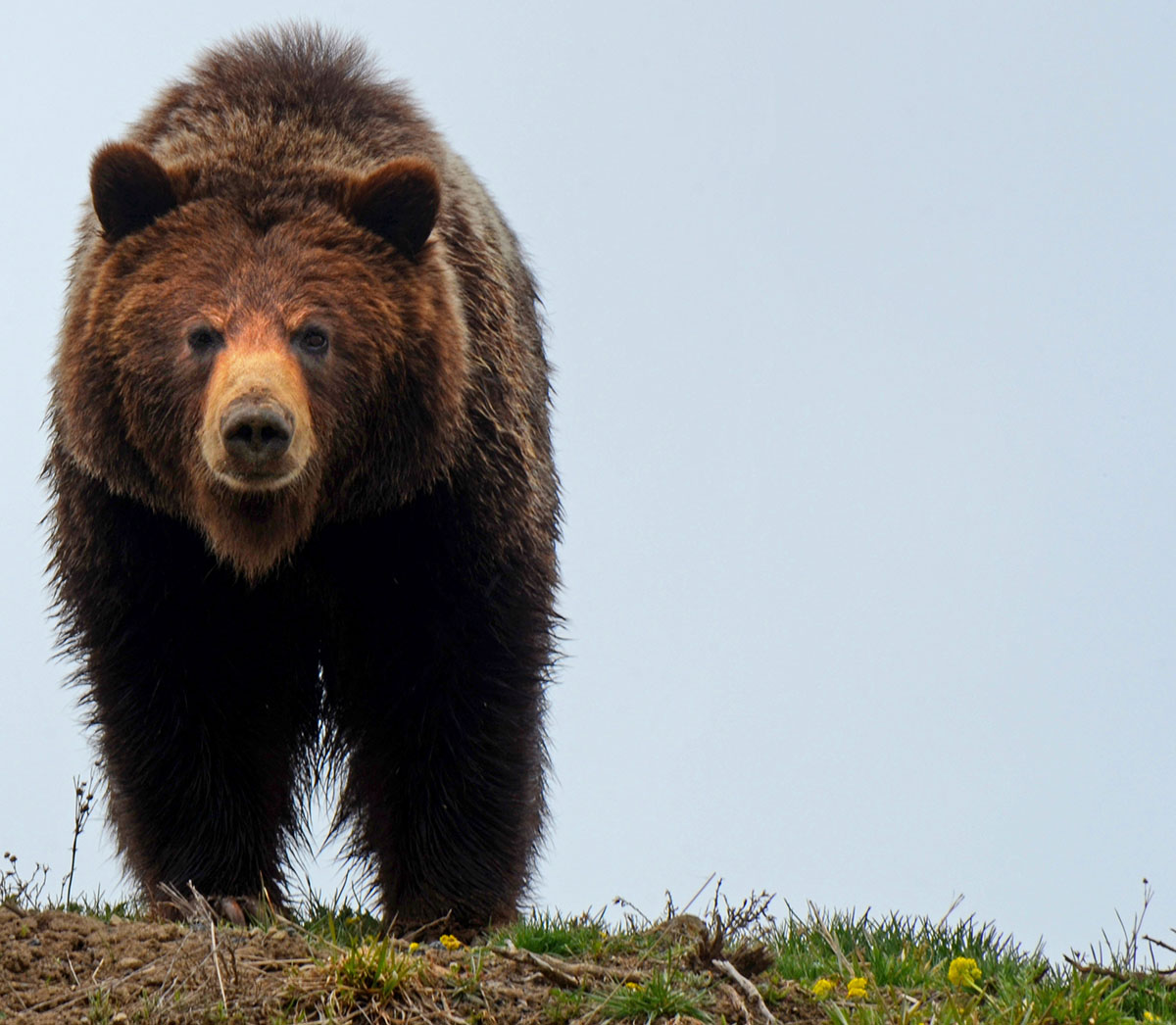 It might be tempting to get up close to a natural wonder, but there are safety precautions for a reason.

Just because Yellowstone is such a massive plot of land that all of its rangers can’t possibly be available to monitor it from end to end on any given day, don’t take that as a sign that you can get away with something. Nature offers the cruelest punishments for rulebreakers…