by Factionary 3 months ago3 weeks ago
5.7Kviews

The mating efforts of different animal breeds often result in something quite interesting.

There is an unusual hybrid known as a liger, which is the result of crossbreeding between a lion and a tiger.

You also have the rare wholphin, which resulted from the reproductive efforts of a killer whale and a dolphin.

However, did you know that there zebras and donkeys crossbreed too?

Well, it’s quite rare, but it results in a spectacular hybrid that experts appropriately named as a zonkey. 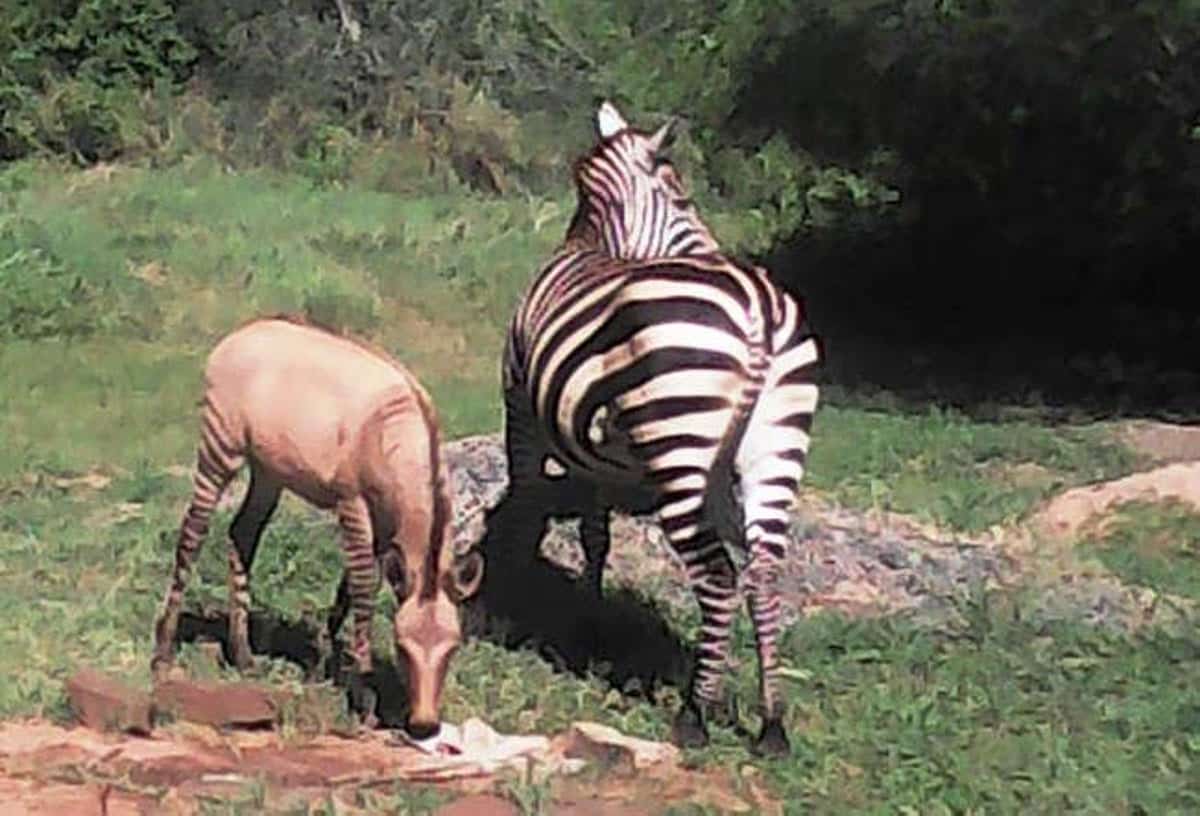 A zookeeper in Kenya saw one of these creatures earlier this year while he was on duty at the famous Chyulu Hills National Park.

Initially, he thought that it was an average zebra and ignored the animal.

However, as it came closer, the zookeeper realized something strange about the creature.

He noticed that its torso was completely brown while the white and black stripes were only on its legs.

He informed his colleagues about this animal.

They claimed that it was a zebra that had one too many mud baths.

However, the supervisor insisted they take a closer look at this creature.

They agreed and were as shocked as he was. It was, in fact, something that looked like a cross between a donkey and a zebra.

Everyone was wondering how this animal was roaming in the open, especially considering its unique appearance.

The zookeeper and other workers at the zoo wasted no time and started to look for clues that would lead them to where this animal was living.

Initially, they thought that someone painted stripes on a donkey to fool everyone.

However, when they attempted to wash the stripes, they didn’t come off.

It convinced them that they had an actual zonkey roaming in their area.

After a few weeks, they came across a cattle herder who connected the dots.

She stated that a female zebra was missing from another zoo nearby.

She most likely made her way to a heard of male donkeys and mated with one of them.

The hybrid they saw earlier belonged to that zebra.

It was a plausible theory, especially considering that the zebra escaped its enclosure more than a year ago.

The animal’s gestation period is around twelve months, which proves that this recently discovered creature was indeed its offspring.

It didn’t take long for the Kenyan zonkey to become the center of attention as thousands of people came and took pictures with it.

These images became viral and became the talk of the town on most social media platforms in no time. 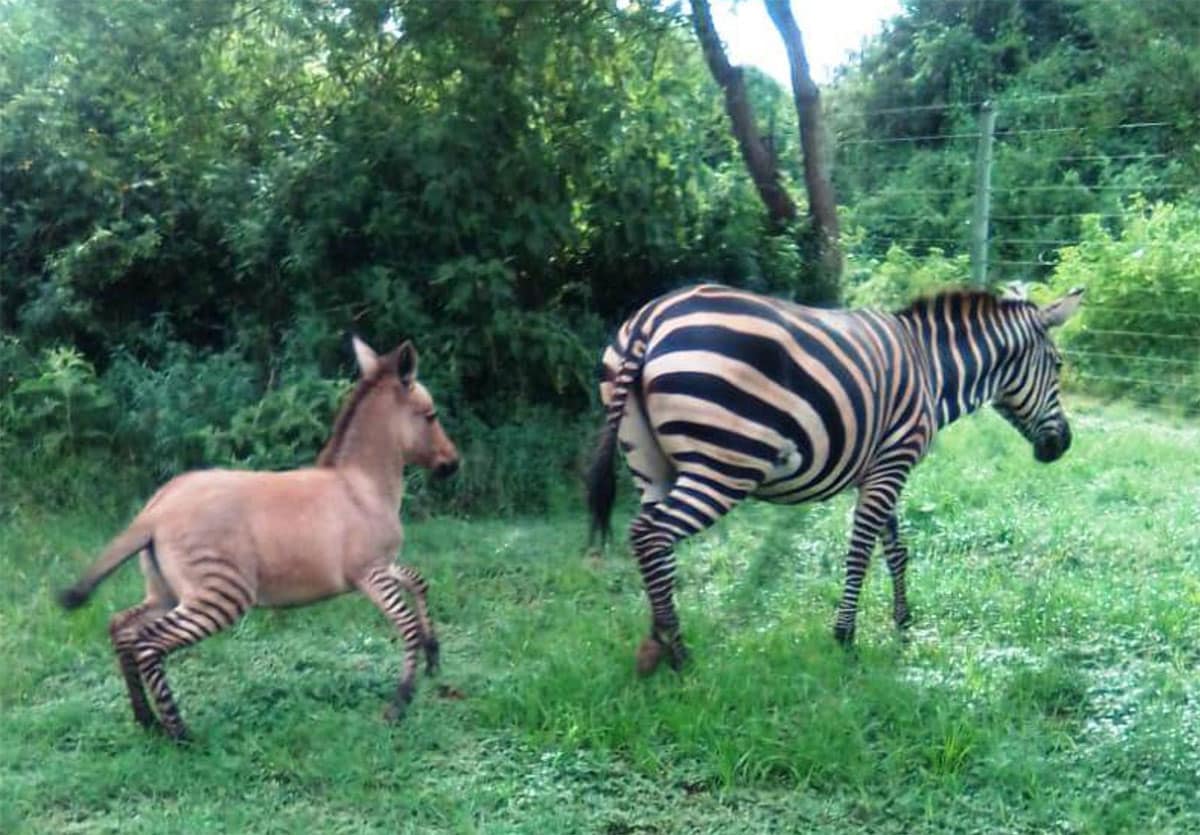 Some people thought that the photos were not real. They believed that someone manipulated them to look like a cross between a zebra and donkey.

However, it didn’t take long for them to change their opinions, as several news outlets shared this creature’s videos.

Camera operators even zoomed in on the zonkey’s skin to prove that it didn’t have any paint.

Fortunately, the caregivers who discovered this creature were kind enough to reunite this zonkey with its mother.

They found them and informed the zoo where the mother zebra was initially residing.

The zookeepers provided the mother and her kid a large enclosure that looks quite similar to a jungle.

It is full of lush grass, trees, and bamboo.

The animals are thriving there and safe from opportunistic hunters and wild animals.

While the foal will not be able to mate inside the zoo any time soon, it is living a healthy and happy life with its parent.

People who saw this animal for the first time wondered what makes them different from donkeys and zebras.

Researchers have been hard at work to determine this answer.

They have been conducting various tests from the animal’s DNA samples, but so far, there hasn’t been any groundbreaking discovery.

Apart from their unique skin patterns, zonkeys behave like their herbivorous parents.

They inherit their speed from zebra’s while their facial structure closely resembles a donkey’s.

Their eating habits are similar, and their metabolism is quite quick because of their active lifestyle.

The rare animal has a stable torso and lean legs, which can help it fend off surprise attacks from wild predators such as tigers and lions.

Zebras have been breeding with different animals belonging to the equine family.

In most cases, their offspring is healthy and free from deformities.

However, when it comes to donkey and zebra hybrids, things get a bit complicated. 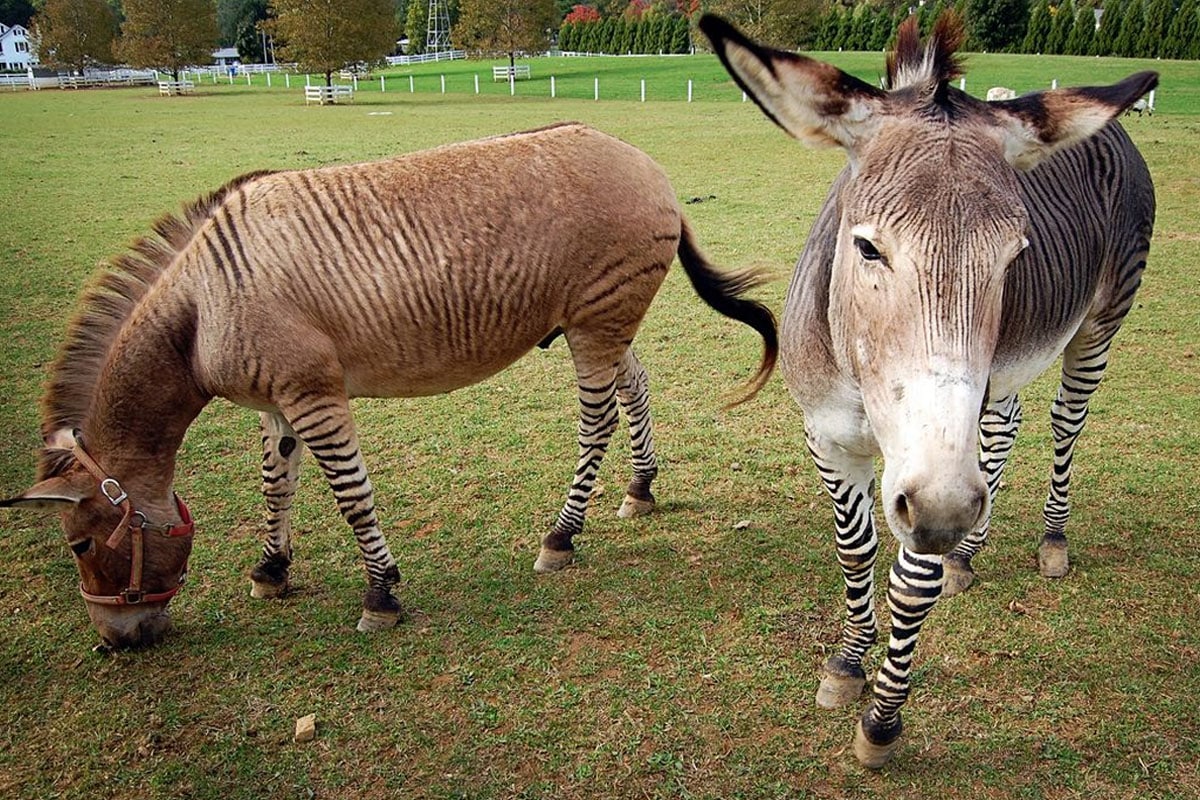 Why? Because a zebra has around 45 chromosomes while a donkey has up to 62 chromosomes.

Sometimes, these gene combos do not facilitate the necessary embryonic development for a healthy child.

Fortunately, the zonkey discovered in Kenya is free from any physical irregularities.

Where Do These Creatures Live?

Kenya, South Africa, and Togo have some areas with a dense Zonkey population.

Unlike other continents, African countries do not think of these creatures as rarities.

You will see plenty of them roaming around in the open, just like a stray dog or cat.

With that said, the view is quite fascinating – there’s a majestic aura about this creature that is hard to find elsewhere.

Since most countries in Africa do not enforce strict hunting rules, many trophy hunters pay copious sums of money to kill this animal for their pleasure.

Some do it just for fun, while others prey on them for their meat, skin, and other parts to use as decorative memorabilia.

Unfortunately, Zonkeys are a rare species and could go extinct if no one makes an effort to save them.

Several European and American zoos are also paying massive sums of money to get these animals for their enclosures.

Unfortunately, most caregivers do not look after them, which is why these creatures end up facing a slow and painful death.